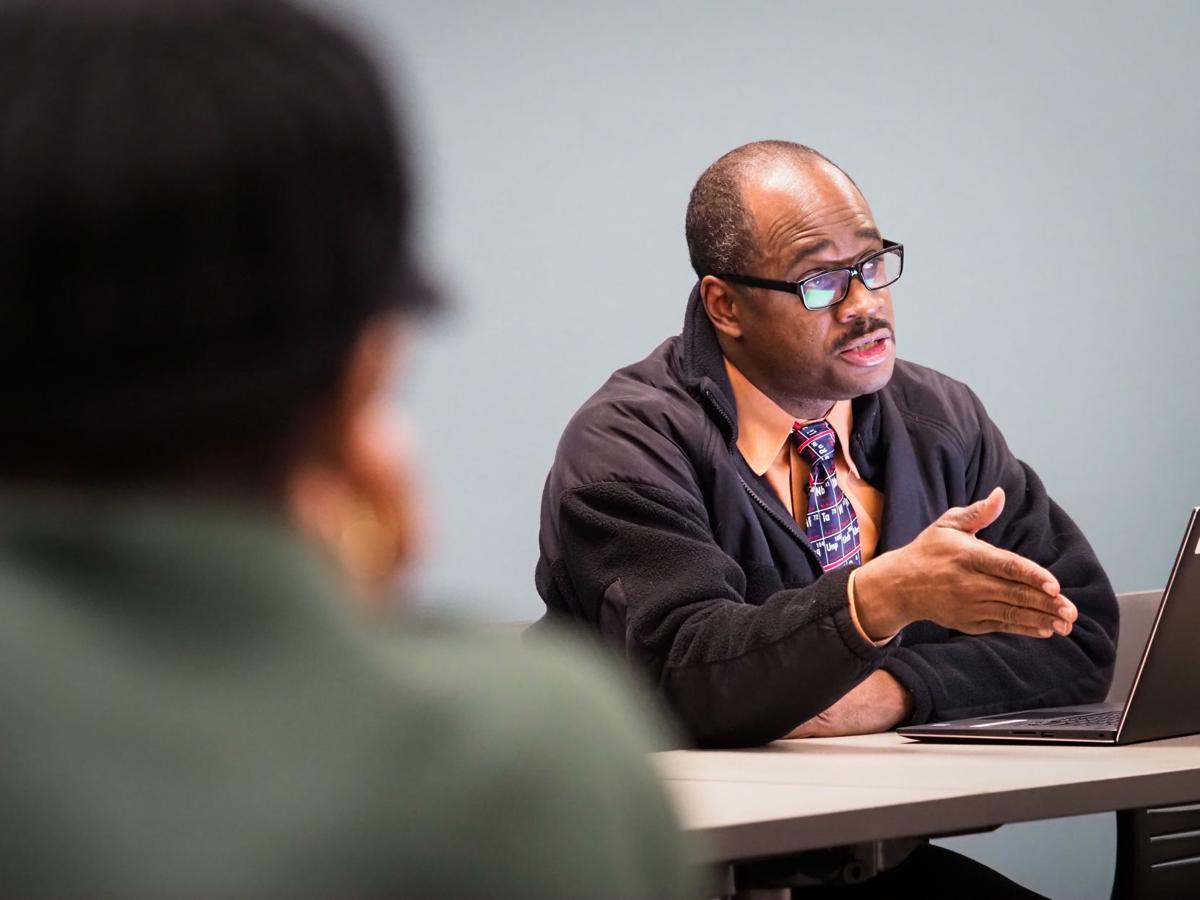 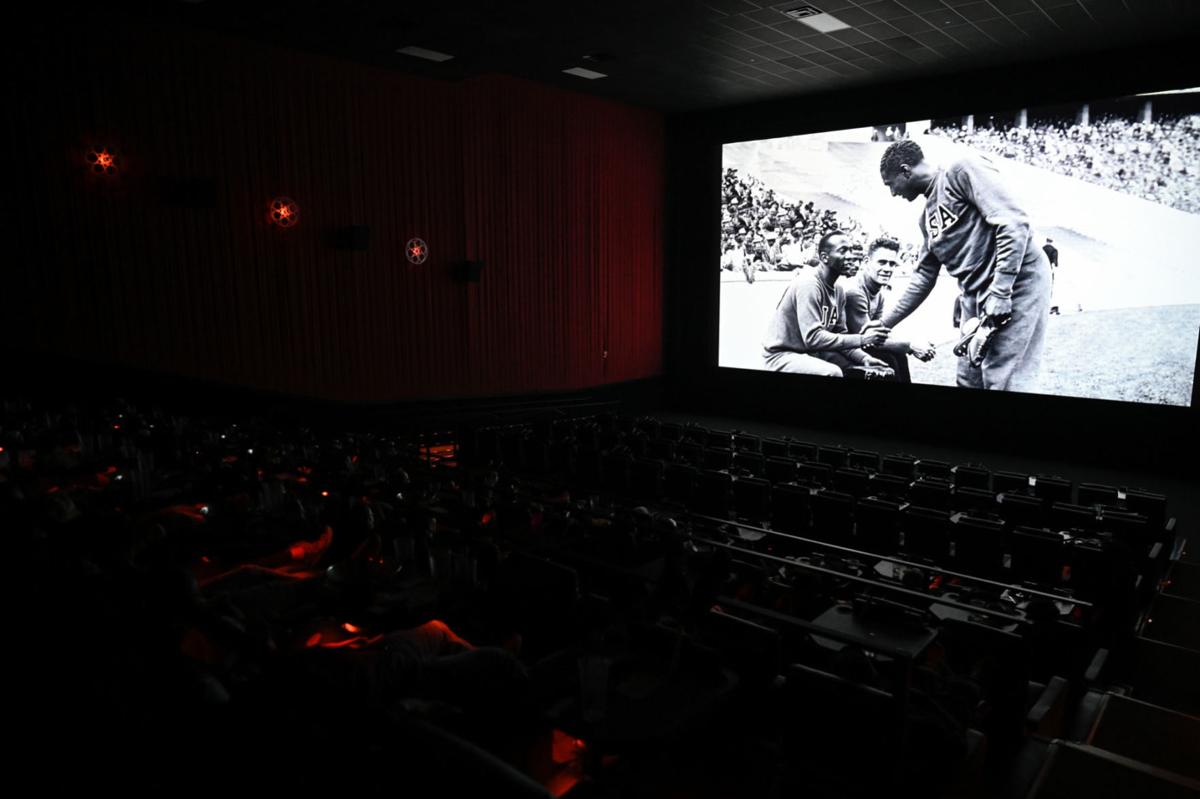 Alamo Drafthouse Denton partners with the Denton Black Film Festival to screen dozens of titles at the cinema, along with the Campus Theatre. Film fans gathered Saturday for the screening of “Olympic Pride, American Prejudice” at Alamo Drafthouse. 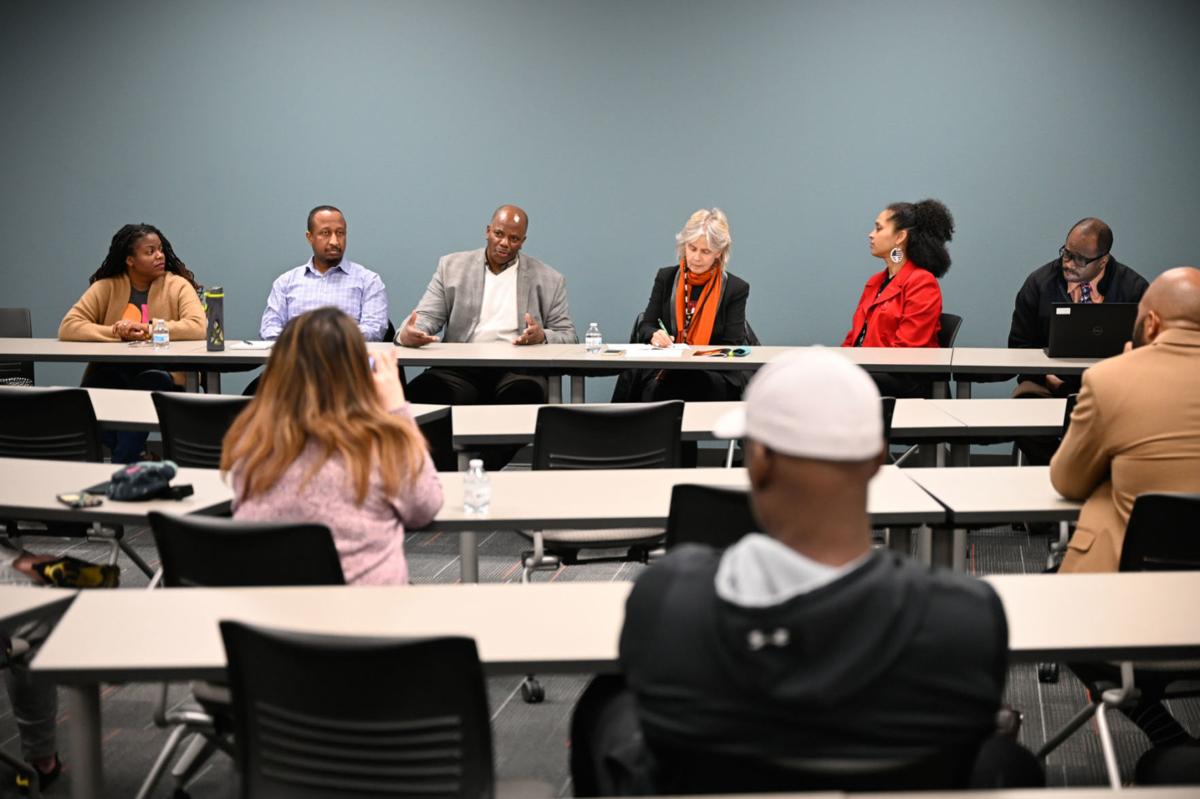 On Saturday morning, experts and activists gather for “Social Justice: Environmental Justice” at the First State Bank Exchange at NCTC Denton during the Denton Black Film Festival. Free panels for the community, filmmakers and media folks are a part of the annual festival.

Alamo Drafthouse Denton partners with the Denton Black Film Festival to screen dozens of titles at the cinema, along with the Campus Theatre. Film fans gathered Saturday for the screening of “Olympic Pride, American Prejudice” at Alamo Drafthouse.

On Saturday morning, experts and activists gather for “Social Justice: Environmental Justice” at the First State Bank Exchange at NCTC Denton during the Denton Black Film Festival. Free panels for the community, filmmakers and media folks are a part of the annual festival.

Local governments have the technology and science to fight environmental injustice, panelists on the subject said during a discussion Saturday. All they have to do is make those problems a priority.

The Denton Black Film Festival hosted a panel on environmental justice Saturday with experts, activists and people involved with Flint: The Poisoning of an American City, a film that screened during the festival about water crisis in Flint, Michigan.

“It’s not the technical problems that are difficult,” said David Hunter, watershed protection manager for the city of Denton. “The engineering, the science — those things by large have been solved. It’s the social, the economic problems that create an issue.”

Environmental justice is the fair treatment and meaningful involvement of everyone, regardless of background, regarding environmental laws, regulations and policies, according to the Environmental Protection Agency.

Environmental justice is achieved when everyone has the same degree of protection from environmental and health hazards, and has equal access in decision-making to have healthy environments to live in.

However, many communities around the world and in the United States — Flint, Louisiana’s Cancer Alley, the Carlton-Pollard section of Beaumont, Texas and the Mira Loma Village in California — have experienced environmental injustice.

The environmental crises in these locations were man-made due to toxic waste emissions from industrial plants located next to neighborhoods. These crises primarily affect minority groups, especially African Americans. All six panelists were black.

Shirah Dedman, an activist and director of another film screened at the festival, Follow the Drinking Gourd, said people should bring these issues to the forefront, especially knowing they affect minority communities the most.

“Knowing that waste impacts our communities more, really elevating that subject is so important,” Dedman said. “We have to start talking about wastewater. As people of color, it is our duty to start bringing to light and to start this fight against waste.”

During discussions, panelists acknowledged that regulations and decisions made by local governments and companies neglected the health and concerns of people living in these communities. In many cases, such as city staffer Haywood Morgan’s childhood, the communities were there before the plants arrived.

Morgan grew up in Sunrise, Louisiana, near Baton Rouge. Along the Mississippi River, Sunrise — a 12-block community — was next to two different plants. A search on Google maps shows Sunrise only has industrial plants now, with homes only 1.5 miles south of the plants.

The small community was driven out by industry, he said. As he got older, he didn’t know if Sunrise was in Cancer Alley but later learned it was.

Cancer Alley in Louisiana, along the Mississippi River between Baton Rouge and New Orleans, has many industrial plants. The EPA shows there’s an elevated risk for cancer around chemical plants.

“As long as I can remember, there was this plant that was literally in our backyard … probably a block away from our back property line,” Morgan said. “I remember, you know, several times as a kid having to evacuate because there was a chlorine leak and it’s 2 o’clock in the morning.”

Minority and low-income communities are disproportionately affected by industrial plants. Professors Paul Mohai (University of Michigan’s School of Natural Resources) and Robin Saha (University of Montana) found a consistent pattern of hazardous waste facilities being placed in these neighborhoods. Their study analyzed the demographics of where 319 such facilities were built in the U.S. from 1966 to 1995.

The plants were built there because companies were met with little resistance. Minorities didn’t have the resources to successfully oppose these facilities.

Gregory Timmons, a pastor from Flint, said that before the Flint water crisis hit, white residents already weren’t drinking the water. He learned about this from another parent he met at his son’s private school.

“Well, you shouldn’t. … The water is not good,” he remembered her saying.

“She hadn’t known more data than that. … She said, ‘Pastor Timmons, none of the white people are drinking the water.’”

When people flee areas facing environmental crises, it can also cause a food desert. The EPA defines a food desert as an area where residents don’t have access to fresh groceries and food.

“Some of this stuff [to help] is a mere pittance and can be resolved if it were focused on,” Timmons said.