The city was poised to match Denton County’s declaration extending the “stay at home” order to April 7, which was adopted Tuesday morning. They stopped when they received word of the governor’s edict. 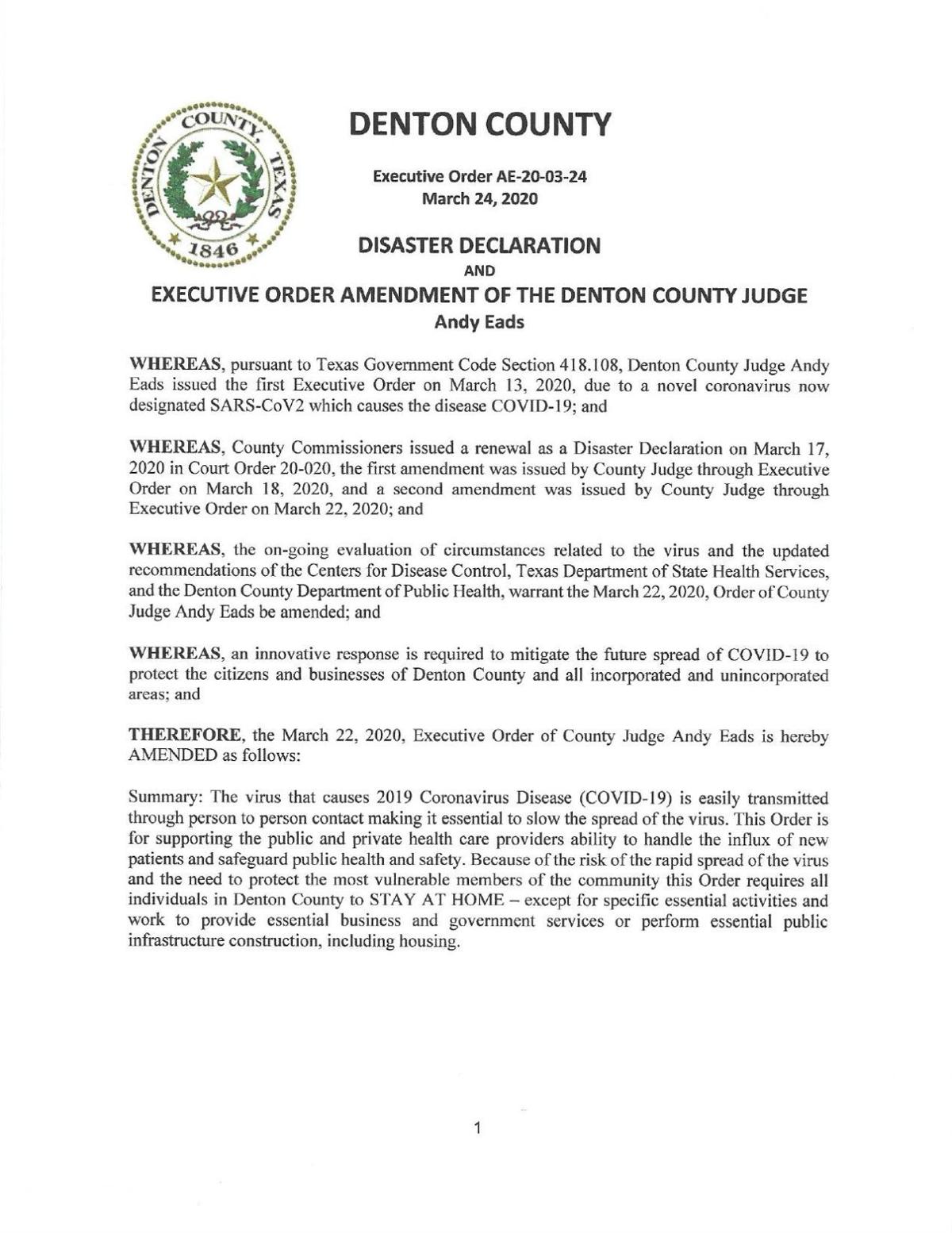 Mayor Chris Watts and other council members went behind closed doors with city attorneys for more than an hour to discuss the latest order out of Austin. They came out saying it wasn’t clear what the city could still do to help stop the spread of the virus.

“It took away the power of local officials to some degree,” said council member Keely Briggs.

Briggs asked that the city still be able to discuss the local safety net and whether the city’s current funding support was enough.

She recently learned that Denton nonprofits have received requests for help from more than 250 families, most of them new clients.

She was concerned that the city’s $50,000 allocation to those social service agencies may not last long.

Earlier in the meeting, council members learned that the city staff helped close the emergency homeless shelter, booking a block of 60 rooms in two hotels to house some of Denton’s most vulnerable residents.

The staff from the Monsignor King Outreach Center are providing support to clients at the hotels. The kitchen at Our Daily Bread continues to prepare midday meals for them and others who are at risk of going hungry, city staff said.

City Manager Todd Hileman confirmed that the funding for those services was coming from the shelter’s allocation and other emergency sources.

Council members agreed they could continue that discussion when the staff had more information about local needs.

The governor’s order suspended two sections of the Texas Health and Safety Code — where Texas cities derive some of their police powers — to ensure that cities “do not impose restrictions inconsistent with this executive order.”

Watts said the city attorneys needed time to figure out what that meant.

Abbott and some members of the Texas Legislature have battled with Texas cities over matters of local control for many years. Most recently, Abbott went over the head of Austin officials in handling some facets of the homeless crisis there.

Watts expected that the City Council would meet again, virtually, in a few days to sort out what they could do locally in the health emergency.

In the meantime, he urged residents, particularly those who’ve lost their jobs and are concerned about paying their bills, to seek out the latest, reliable information on benefits and protections.

The new federal CARES Act provides for cash payments and unemployment benefits to many, including contract laborers and the self-employed.

“Information is key,” Watts said. “If you don’t have it, you’re behind. Please be as informed as you can.”