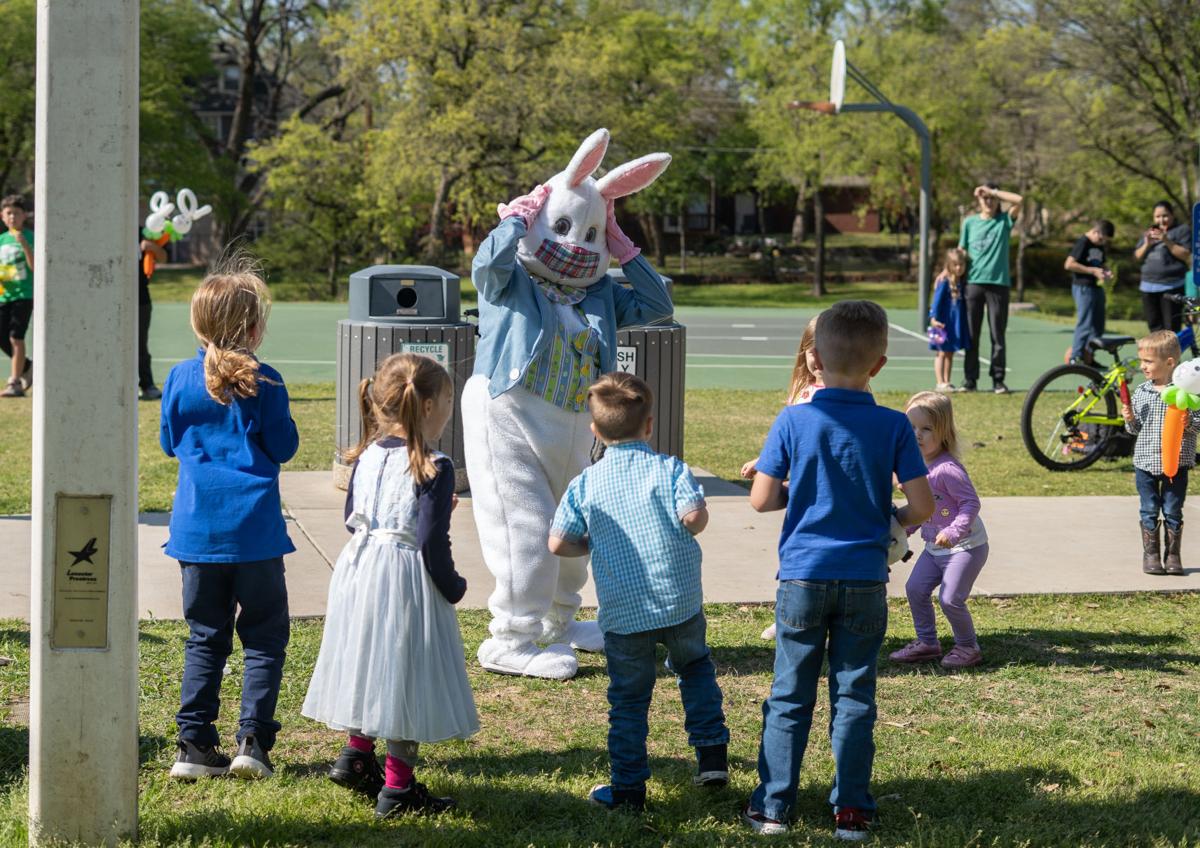 The Denton Parks and Recreation Department’s Easter Bunny dances and takes pictures with children at Avondale Park on Thursday. 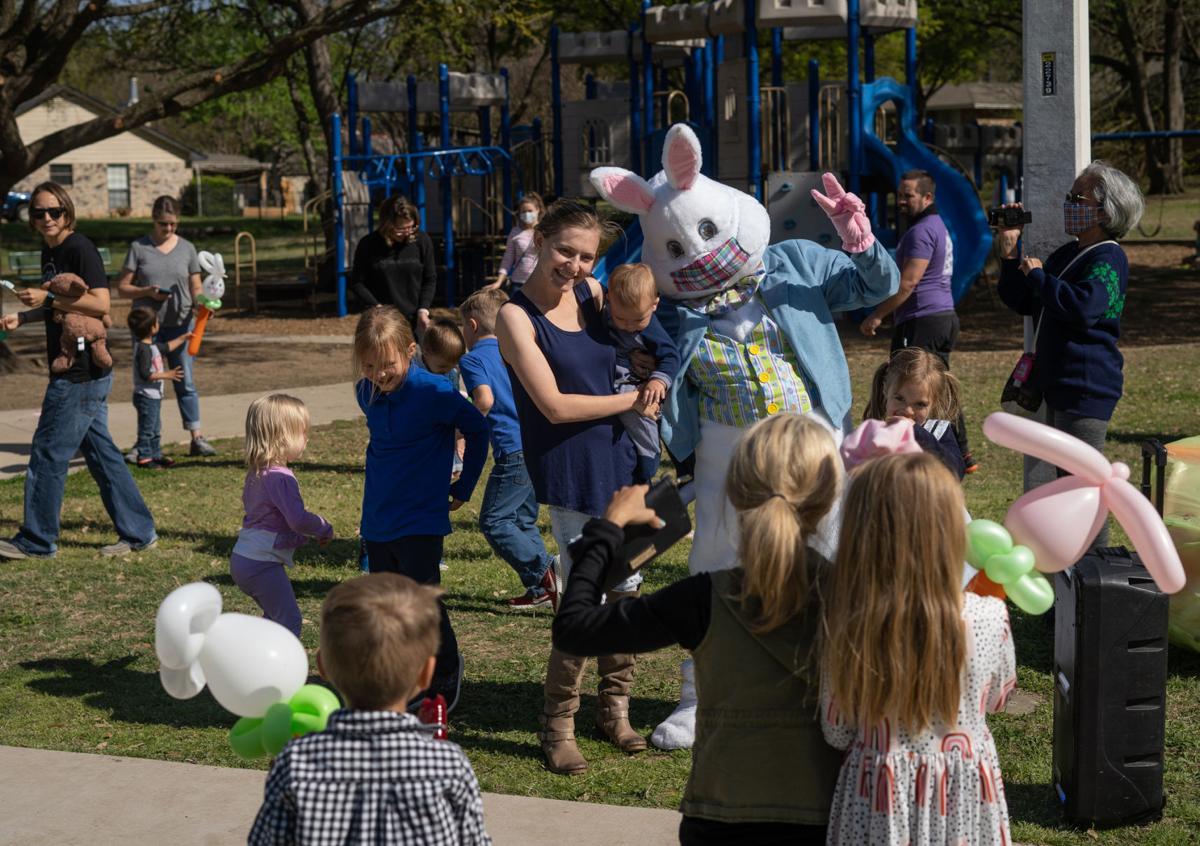 The Denton Parks and Recreation Department had the Easter Bunny visit with kids at city parks Monday through Friday. Here, the hare pauses for a photo at Avondale Park on Thursday.

The Denton Parks and Recreation Department’s Easter Bunny dances and takes pictures with children at Avondale Park on Thursday.

The Denton Parks and Recreation Department had the Easter Bunny visit with kids at city parks Monday through Friday. Here, the hare pauses for a photo at Avondale Park on Thursday.

The pandemic forced Denton to cancel the Easter Eggstravaganza in 2020, but 2021 showed a slow return to what life was like before as vaccination efforts ramp up.

The Easter Bunny, donning his own mask, hopped by several Denton parks this week to spend time with families as their school days ended.

The city’s Parks and Recreation Department has long put together an Easter event filled with candy and tens of thousands of eggs. They scaled back in-person meets with the Easter Bunny this year. Special events coordinator Jennifer Eusse said they’ve had a great turnout this week despite the changes.

“Seeing the reactions and smiles on kids’ faces has just been amazing for us, so I think it’s definitely been a successful event,” Eusse said in a phone call Thursday.

Easter celebrates the resurrection of Jesus Christ, but somewhere along the path, a bunny and some eggs came into play.

In Texas, German Lutherans settled near Fredericksburg in 1847 and brought some traditions to their new home, according to the Texas State Historical Commission. The hare was associated with the Trinity and the settlers were familiar with the Osterhase, the Easter hare that laid eggs and rewarded well-behaved children with candy and presents.

While COVID-19 vaccinations and the start of herd immunity could give us a more normal second half of 2021, Eusse said it was important for the Parks and Recreation Department to keep everything as safe as possible.

“It was important for us to host an event for the community and have the Easter Bunny and eggs like before, but we knew there was no way to do that safely [in one event], so we spread it out within five days,” she said.

In 2020, Easter fell toward the beginning of the pandemic and Eusse said they canceled the big Easter event. She said they offered yard signs and Easter baskets for sale last year so families could still get some holiday joy, and that new tradition carried into this year as well.

At Avondale Park on Thursday afternoon, some of Denton’s youngest residents got to meet the Easter Bunny for the first time and dance along to the Trolls movie soundtrack.

A few parents arrived with their kids in tow, ready to snap pictures with the Easter Bunny. Other kids who were at the park alone saw the bunny arrive and ran right toward him.

Denton resident Lauren Cavanaugh stopped by the park with her wife and three kids. The family moved to Denton just after Easter in 2019, so they didn’t get to experience the large-scale festivities that year.

“It’s just magical — the art of believing in the Easter Bunny,” Cavanaugh said. “It’s something that they’ve been talking about for weeks.”

With a lot of things canceled due to COVID-19, Cavanaugh said it was cool to finally get to experience an event like this with her kids. In their excitement, it took a couple of minutes to get the three of them — as well as a new friend — to settle down for a few pictures.

Charlie Holcolmb and her two young children were among the first families to get a picture with the Easter Bunny.

“They’re really excited to hunt for Easter eggs and obviously see the bunny and stuff,” she said. “My son, he’s really excited because he doesn’t remember ever seeing the Easter Bunny because last year we didn’t do that. It’s really fun to see them enjoying doing the same things we did [when we were kids].”