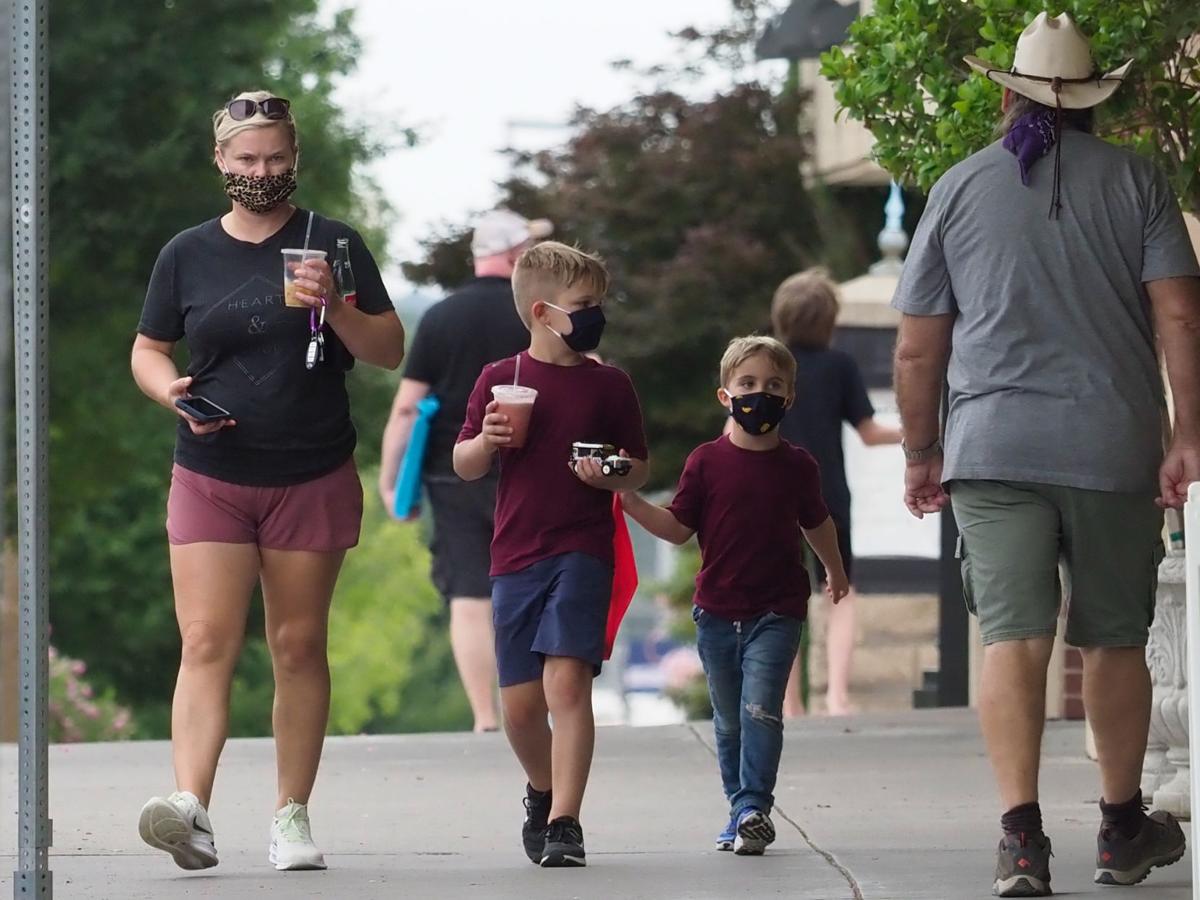 Visitors wear their face masks as they shop and stroll around the Square on Wednesday. Denton is mandating the use of face masks through the end of August. 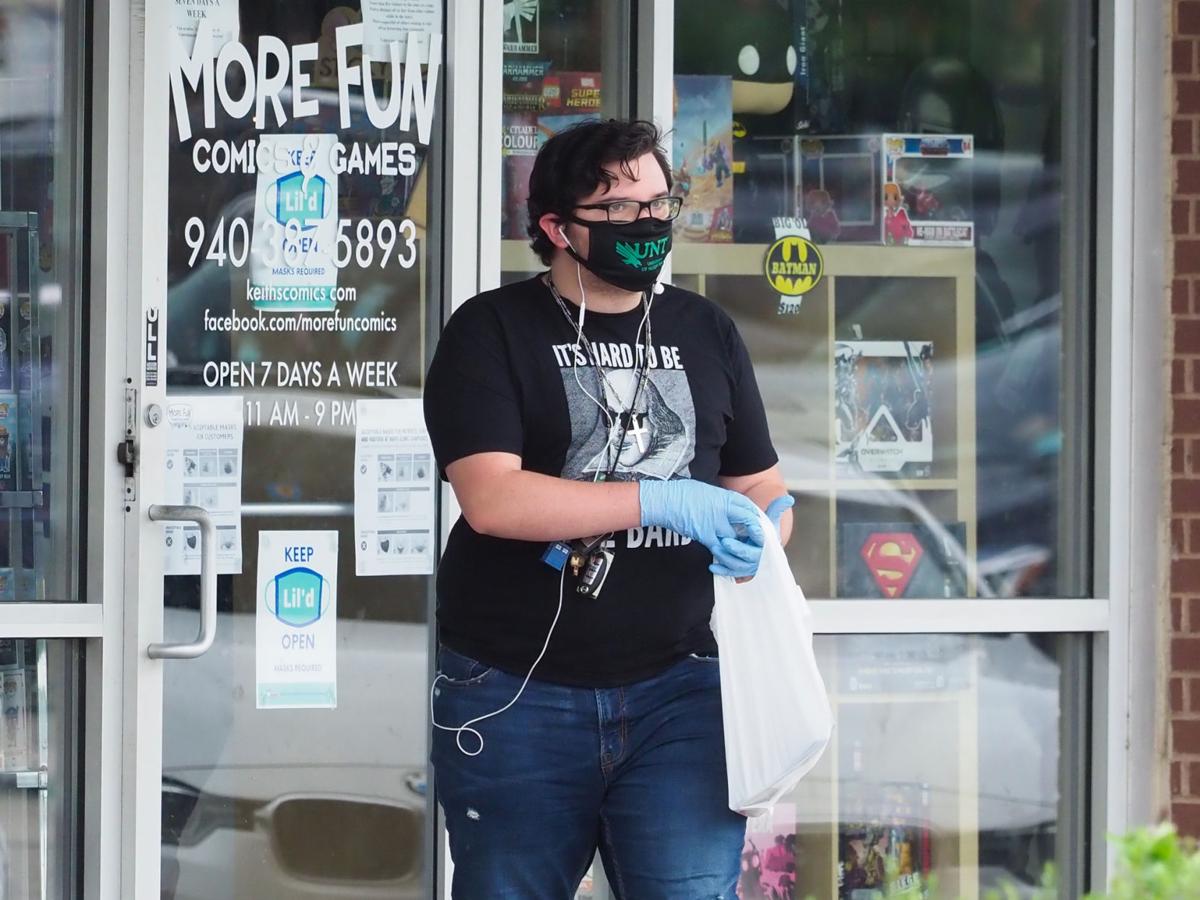 Visitors don face masks as they shop around the downtown Square on Wednesday.

Visitors wear their face masks as they shop and stroll around the Square on Wednesday. Denton is mandating the use of face masks through the end of August.

Visitors don face masks as they shop around the downtown Square on Wednesday.

Denton’s mask ordinance has been extended through Aug. 31 as part of the city’s public health disaster declaration, which the City Council voted to extend Tuesday night.

All business and nonprofit entities in the city must require visitors and employees to wear face coverings on the premises under the newly extended order. The council initially adopted a mask requirement in late June that was enacted July 2 and set to expire Aug. 4.

Since June 10, the city has received 194 coronavirus-related complaints through the Engage Denton app. While it’s not yet clear how many of those were related to face coverings, city spokesperson Ryan Adams said he’s confident the majority of those received since June 26 were mask-related.

Engage Denton is an app and website where residents can submit service requests and inquiries to the city. A person who’s concerned about a business not enforcing local health policies can submit a COVID-19 business complaint.

A representative from the city would go out to the business or contact them to address it.

“It’s a very productive relationship to try to build with them,” Adams said about businesses in Denton.

He added that while residents have varying viewpoints on the matter, he’s generally seen a lot of support from the public for the mask ordinance.

“I think people have very valid interests in their safety and making sure that there’s not a risk when they go out into the public, and I think they’ve relayed that support to the city in a number of ways,” Adams said.

Erica Pangburn, president of the Denton Chamber of Commerce, said businesses have experienced a “whiplash” effect due to the pandemic. But she said she is impressed by the state of the community during this time.

“I want to support that kind of spirit in this community,” Pangburn said. “And this organization exists to support that spirit that pushes through and makes the changes and stays viable.”

Pangburn said if wearing masks means that businesses can continue to move forward, she’s all for it.

She stressed the importance of everyone supporting local businesses, whether they agree with the mask ordinance or not.

“Amazon is not coming to save us,” Pangburn said. “It’s the strength of the local business owner that’s going to keep us moving forward.”

In the details, the ordinance specifies that face coverings must be worn when a visitor or employee is performing activities within close proximity to others.

Exceptions include when a person is eating or drinking and when services are being provided that a face covering would impair. For individuals who face a significant health risk by covering their face, the policy suggests that a face shield be worn.

“Amazon is not coming to save us. It’s the strength of the local business owner that’s going to keep us moving forward.”