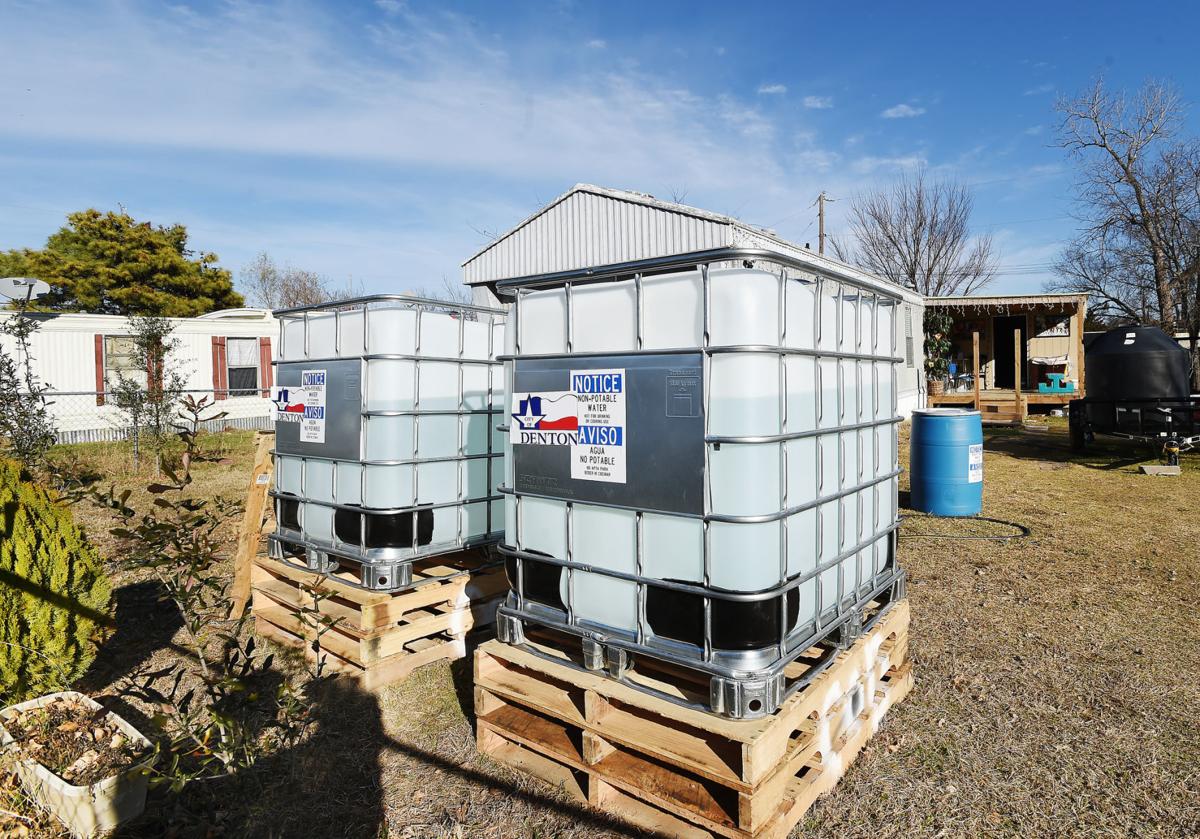 Water containers provided by the city of Denton sit in front of homes in Green Tree Estates on Saturday. 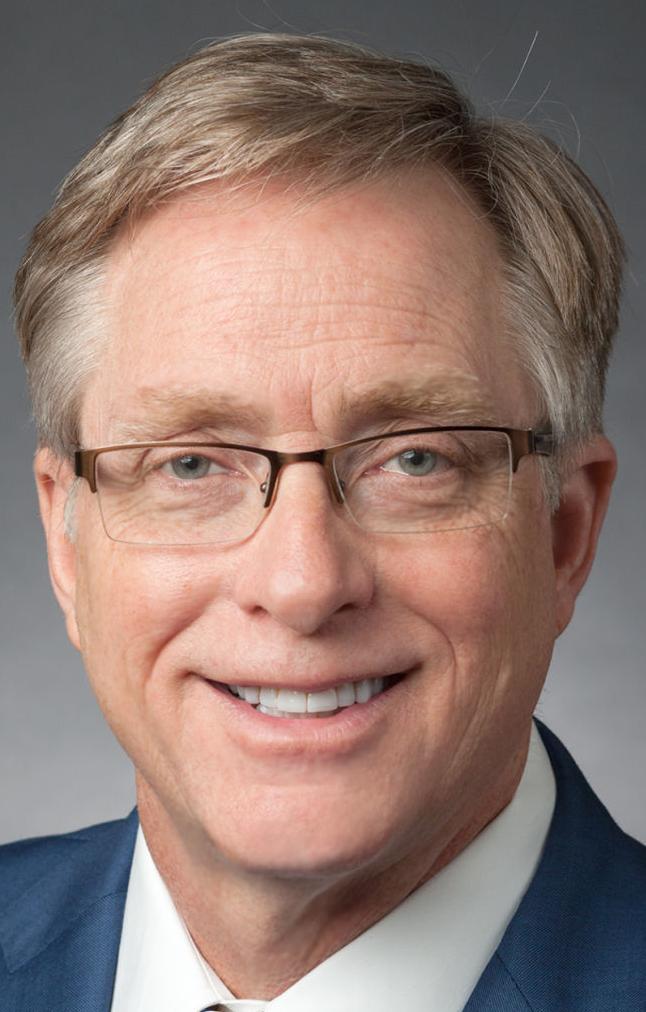 The Denton City Council agreed to extend an emergency declaration over water service to the Green Tree Estates mobile home neighborhood until school lets out in May.

The move, which came during a work session Tuesday afternoon, meant that the city staff could continue to use the neighborhood’s private roads to deliver water. The emergency began when the mobile home park’s major property and water well owner shut off service in mid-November.

The move also keeps the city out of hot water for now. A housing advocacy group is considering filing a fair housing complaint with the U.S. Department of Housing and Urban Development on behalf of the neighborhood, according to documents provided to the Denton Record-Chronicle. Since the city extended the emergency, the group’s coordinator, Dewey Marshall, said they aren’t moving on the complaint for now.

Mayor Chris Watts said the move also gives the city more time to find a permanent solution for the neighborhood, although he bristled at legal saber-rattling so early in the process.

“That kind of discussion is usually at the end of a conflict, not at the beginning,” Watts said. “I really hope that people see the city is working very hard.

“The neighborhood came into the city in its current form — it was platted with the county,” he added.

Watts was alluding to the city’s annexation of Green Tree along with neighboring properties nearly 10 years ago. At the time, the city proposed a plan to bring services to the neighborhood, including connecting the neighborhood to city water.

Somewhere between 600 and 800 lots were annexed into the city in a similar way, City Manager Todd Hileman said, adding that he wasn’t sure whether the city would face this problem again in another neighborhood.

In Green Tree’s case, the water well owner never took the steps to connect the neighborhood to the city water supply, even as he faced enforcement action from the Texas Commission on Environmental Quality. Among Green Tree’s most serious and repeat violations of the state water code was operating a public water supply without a licensed operator.

In trying to head off the crisis last summer, city officials complained to state officials that Green Tree should not have been listed as an “inactive” public water supply. It is unclear how it received that designation from the state.

Alfredo Contreras said that he thought the city’s proposition to provide a bank of water meters was a good solution and would work for him and his family.

“But the cost is very high,” Contreras said in Spanish. “What we ask is to give us an option for payments.”

Ken Banks, the city’s director of utilities, estimated it would cost each household about $15,000 to hook up to the meter, no matter how many homes connected. Homes that were further from the bank might have to pay a little more for their distribution lines.

Elba Hernandez told council members that the neighborhood appreciated the help that the city has brought so far, but that they also need more time to solve the problem for the long term.

This was especially true after the neighborhood’s latest meeting with city staff when they learned about a need for home inspections.

“We don’t understand what’s being asked of us,” Hernandez said in Spanish. “We are stressed.”

Scott McDonald, the city’s development services director, said the city staff offered courtesy building inspections to look for life-safety issues in the homes. He underscored the inspections were voluntary and that their sole purpose was to make sure the homes could be safely hooked up to city water and to identify any other issues to keep the occupants safe.

Hileman said he didn’t want to put out any false expectations about code enforcement’s role either.

“Life-safety issues need to be identified and rectified,” Hileman said.

While council members didn’t settle any long-term issues for the neighborhood on Tuesday, they did agree to tackle them during their first meeting in February.

They also agreed that Green Tree residents should pay for the cost of water beginning in February.

In addition to cooperating with inspections, city leaders asked the residents to help identify which residents own their property and which are tenants, so that advocacy groups and the city can work together on the needed easements for new water lines.

Hileman said that hope for a long-term solution hinges on the city’s ability to get those easements.

“That is key,” Hileman said.

During a special meeting Tuesday, the Denton City Council also agreed to: