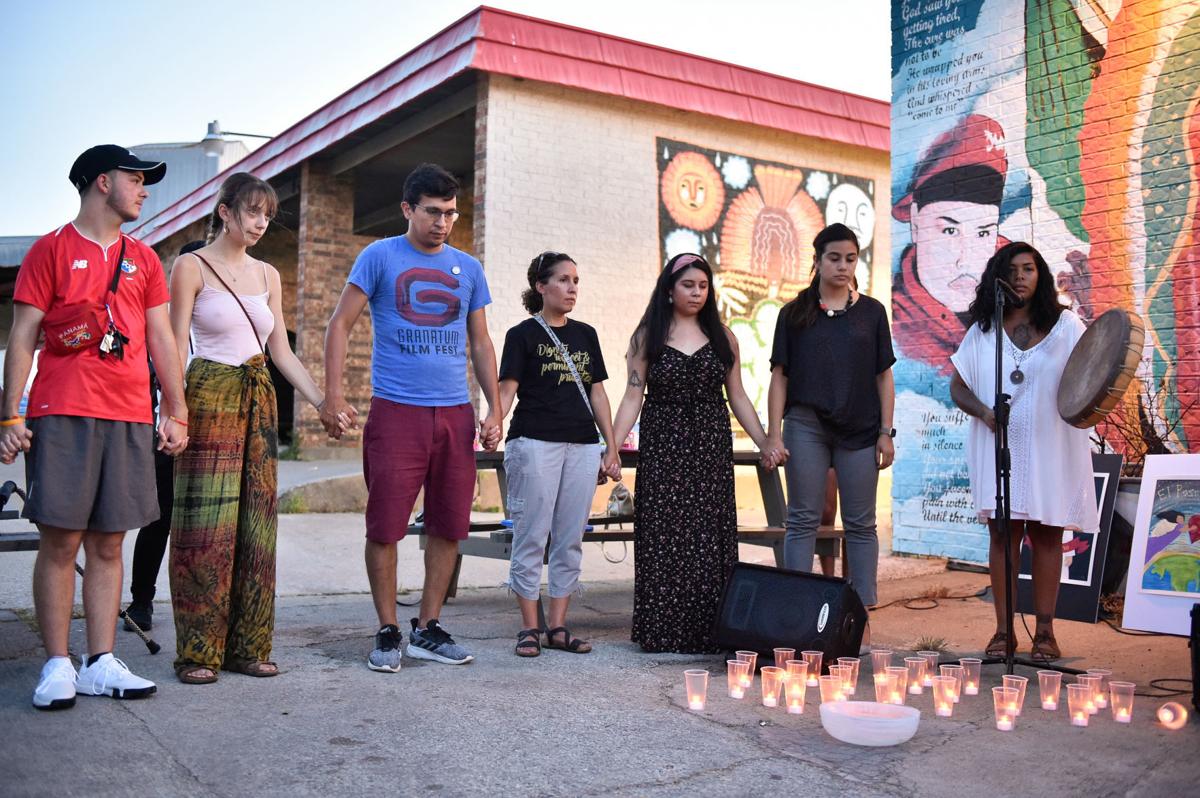 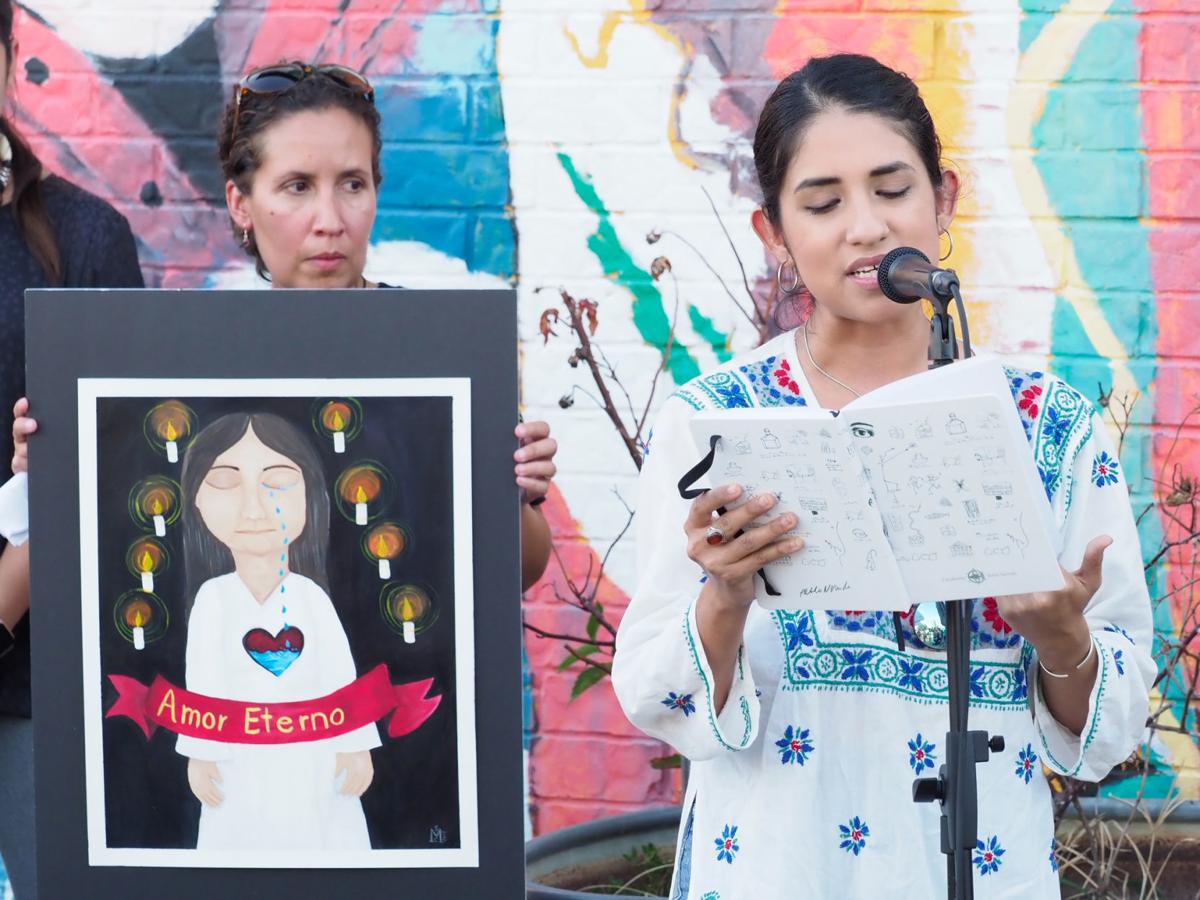 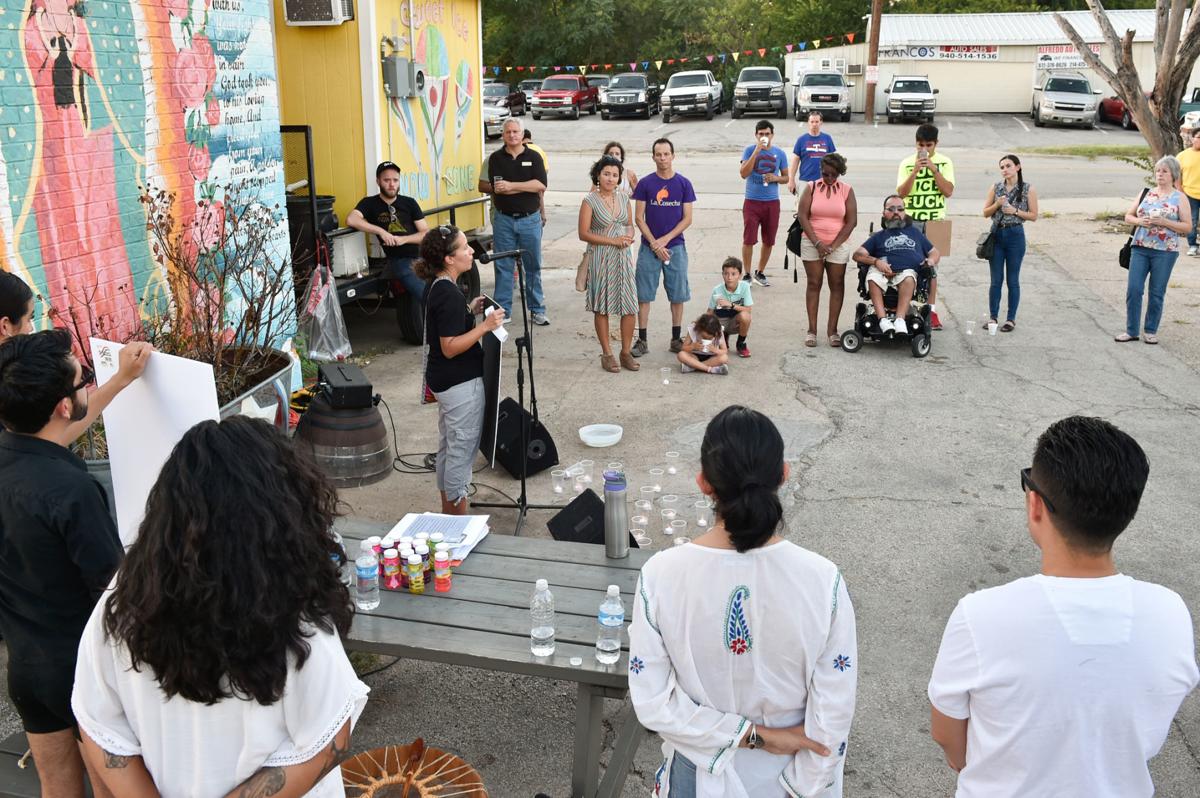 A mural of the Virgin of Guadalupe on the wall of a market served as the background for speakers and attendees Saturday evening as they honored the victims of three mass shootings with a vigil.

Although the Denton vigil honored the dead from all three mass shootings, many attendees focused on the El Paso victims — many of whom were part of the Mexican community. A majority of the vigil was held in Spanish.

“[This vigil] was needed because we know that the immigrant and Mexican community is feeling targeted” after the El Paso shooting, said Mariela Nuñez-Janes, the lead organizer and a member of Movimiento Cosecha Denton.

Eight of the 22 victims of the El Paso shooting were Mexican citizens, and most of the others had Hispanic-sounding last names. Authorities said Friday the suspect, Patrick Crusius, of Allen, admitted to officers he was targeting Mexicans.

Three people died in the Gilroy shooting and nine in Dayton. More than 60 total people were injured.

Saturday’s vigil honored the dead with Mexican traditions including music, food and a limpia, or spiritual cleansing. The ritual, which involved water splashed with a rose, is meant to cleanse the mind, body and soul of negative thoughts.

“Amor Eterno,” which means “Eternal Love,” was the name of the vigil, and it’s also the name of a song by mariachi singer Vicente Fernández that is played at many Mexican funerals.

At a vigil in El Paso, Mexican band Puesta del Sol performed Fernández’s song, and Nuñez-Janes said it was important for Movimiento Cosecha to play it as well.

Along with music, other speakers shared art and poetry they created in response to the shootings. One artist made a painting with a big heart and said it represents the heaviness that people feel in their hearts, but it’s also a reminder to everyone to find the light in dark situations.

Alejandra Ramos Gomez, who shared several poems in English and Spanglish, said she was in Juárez, Mexico, at the time of the Texas shooting and had friends checking up on her. Juárez is 11 miles from El Paso.

Ramos Gomez said it took her a few moments to find out the shooting occurred in El Paso, not Juárez, and repeated a sentiment from others in El Paso over the past week about how it’s a very peaceful city.

Another attendee, Priscilla Yeverino, said gun violence is a continuing problem and added the El Paso shooting could have happened anywhere else, closer to North Texas.

“No matter what we say, [President Donald Trump’s rhetoric against immigrants] has led to this,” Yeverino said. “His words led to this person driving from our next-door county all the way down to the border, but it could have been us. It could have been any Walmart with brown bodies and black bodies.”

The organization also offered pan dulce (sweet bread) and hot chocolate, which are handed out to honor the dead during Día de los Muertos.

Denton City Council member Paul Meltzer spoke in Spanish to attendees. Meltzer recalled speaking with people on the Square two weeks ago about hate and how they didn’t know another shooting would occur in Texas so soon.

“We should celebrate every person, every culture and show there’s no space for hate,” Meltzer said in Spanish.