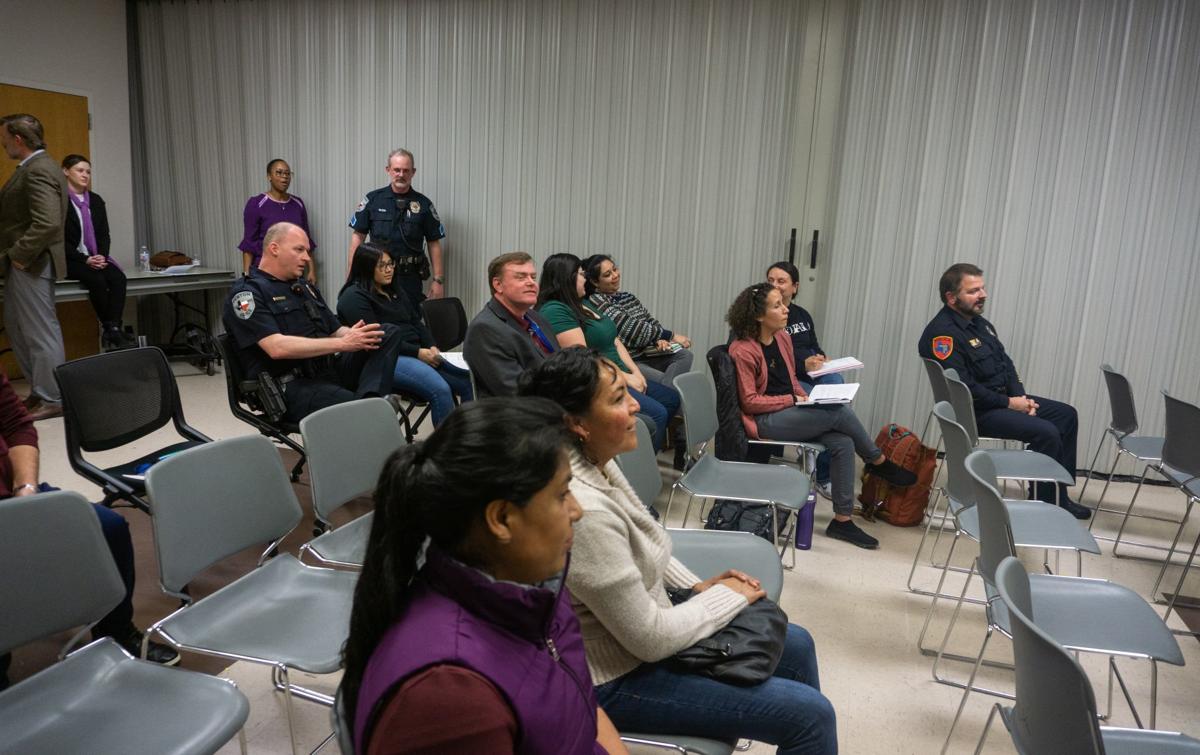 The Denton Police Department began a four-night series Tuesday for the program Proyecto Amistad (Project Friendship) at the Martin Luther King Jr. Recreation Center. The program was created “to build bridges of friendship, support, education and understanding among the Hispanic community and law enforcement” in Denton. 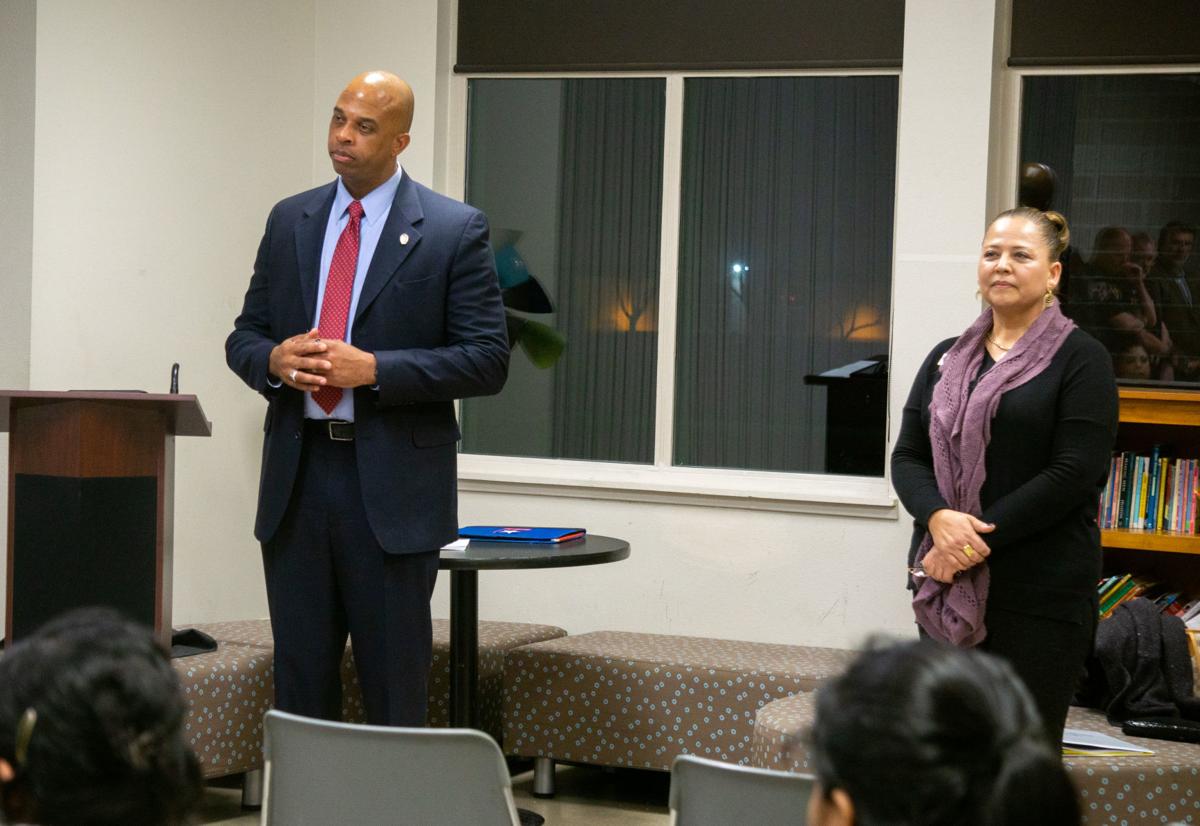 The Denton Police Department began a four-night series Tuesday for the program Proyecto Amistad (Project Friendship) at the Martin Luther King Jr. Recreation Center. The program was created “to build bridges of friendship, support, education and understanding among the Hispanic community and law enforcement” in Denton.

Denton Police Chief Frank Dixon assured Hispanic residents Tuesday evening during a community meeting that officers would never arrest someone for being in the U.S. without legal permission.

The Denton Police Department held a meeting at the Martin Luther King Jr. Recreation Center for Hispanic residents in hopes of building a relationship and trust under the Proyecto Amistad program, or “Project Friendship.” They will host three more meetings this month at the center.

Eight people attended Tuesday’s meeting, along with department personnel. Among the attendees were local activists from the League of United Latin American Citizens and Movimiento Cosecha Denton.

Denton police staff at the meeting acknowledged there’s some fear and tension toward law enforcement from the Hispanic community and said they want to make an effort to remedy that.

“The most important thing that I want you all to know is that the Denton Police Department is not interested in immigration status, ever,” Dixon said. “We’re interested in keeping you safe and our community safe.”

Although Dixon said that is the department’s official stance, attendees wanted him to clarify what that really means, especially in reference to Texas Senate Bill 4. The law allows peace officers to ask individuals about their immigration status if they choose.

Denton police get a person’s fingerprints, which are then uploaded to a national database while they process someone they’ve arrested, but Dixon said the department doesn’t issue detainers based on immigration status during the process.

If someone already has a detainer, U.S. Immigration and Customs Enforcement has access to that information from local departments.

“If there’s information contained within your charges ... ICE has criteria that they can also issue detainers for, or judges can issue detainers, but the Denton Police Department does not issue detainers and we do not call to let [ICE] know,” Dixon said.

Dixon and police Sgt. Tony Salas said officers in Texas don’t have the authority to arrest someone because of their immigration status.

Critics of SB 4 claim the law allows officers to racially profile people. Salas said they don’t ask about someone’s citizenship status or if they’re from the U.S. unless they can’t identify someone who doesn’t have a form of identification.

“It doesn’t really matter what race you are,” Salas said. “You can be from China, you can be from Pakistan, it doesn’t matter. That question can be asked at any time to, of course, be identified if your information isn’t in the system or you’re lying about who you are.”

The department also acknowledged that they don’t have many Hispanic staffers. Out of 195 staffers, 10 are Hispanic, Dixon said. Sgt. Donnie Carr, who is black, and Luis Martinez, a Hispanic officer, said they don’t get many applicants from their communities and that there isn’t overwhelming interest from their communities to become police officers.

The department will hold three more meetings next month under Proyecto Amistad from 6:30 to 8 p.m. this Tuesday, on March 9 and March 16 at the Martin Luther King Jr. Recreation Center, 1300 Wilson St.