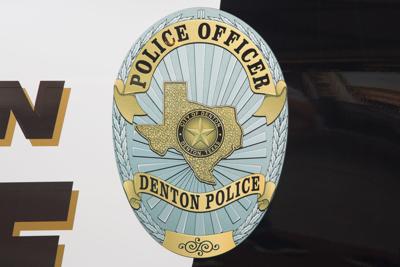 A Denton County grand jury declined to press charges earlier this month against Denton police Officer John Landolfo for shooting and killing a man who swung a knife toward him on Feb. 19 in a wooded area off Spencer Road.

According to body camera footage released by the department Friday afternoon, Landolfo fired two rounds at 45-year-old Lawrence Shaw as Shaw swung a knife within 5 to 10 feet of the officer. Landolfo deployed his Taser twice before firing his weapon.

Landolfo is a seven-year veteran of the department. Shaw originally was from California but spent time in several other states before the shooting, according to Troy Taylor, Denton chief death investigator and spokesman for the Tarrant County Medical Examiner’s Office.

The Denton Police Department released more details of the moments leading up to the shooting in a press release Friday.

About 3 p.m. Feb. 19, Landolfo and his trainee, Officer Je’Ni Nelson, were sitting in their marked patrol car behind the Goodson Engineering building in the 1500 block of Spencer Road. They had been filling out a report from a previous call, officials said.

Police said Shaw approached the back of their vehicle and began yelling at the officers.

When the officers exited their vehicle to check on him, Shaw pulled out a knife and threatened the officers, the release said.

Shaw eventually walked away toward a clearing in a wooded area across the street as the two officers followed, concerned that Shaw might be a danger to others, police said.

In Landolfo’s body camera footage, Landolfo and Nelson can be heard asking Shaw to stop and put the knife down as they followed him into the clearing.

Shaw briefly disappears in a thickly wooded area, and he reappears erratically swinging the knife toward Landolfo, the footage shows.

In the video, Landolfo deploys his Taser and briefly disables Shaw. However, Shaw gets back up and continues to quickly walk toward Landolfo swinging the knife.

“You’re going to get it again,” Landolfo said, referring to his Taser.

Other Denton police officers eventually came to the scene and called paramedics, but Shaw died from his wounds.

The Texas Rangers investigated the shooting, and the grand jury declined to file charges based on the evidence on May 3.

Both Landolfo and Nelson had been placed on paid administrative leave in the first few days after the shooting. Nelson eventually returned to field training, and Landolfo took up a temporary administrative role in the Denton Police Academy, police spokesman Bryan Cose said.

Landolfo since has returned to the street as a patrol officer, Cose said.

McMillan had been holding a hatchet at the time of the shooting.

The last time a Denton police officer shot and killed a person was July 2012. At that time, 26-year-old Justin Beltran confronted Denton police with an AK-47 rifle in a driveway on Hartlee Field Road, according to previous reports.

Denton police contacted Beltran while investigating a call about shots fired in a neighborhood. Beltran had left the scene in a vehicle, and two officers followed him until he stopped in the driveway and got out of the vehicle holding the rifle.

He was shot after he refused to put the weapon down, according to earlier reports.

Also, this is the first fatal Denton police shooting captured on body camera footage since the department implemented the devices for all patrol officers in 2015.