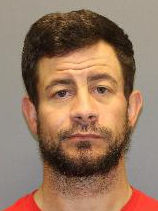 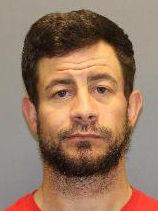 A Denton man who allegedly shot another man early Saturday was arrested Thursday on charges including aggravated assault with a deadly weapon, according to a news release.

Noah Burch, 39, is charged with aggravated assault with a deadly weapon and two counts of deadly conduct relating to a shooting in the 400 block of Evers Way around 12:29 a.m. Saturday.

The Denton Police Department received multiple 911 calls around then about shots fired. Denton police said Saturday that they hadn’t located a suspect that day.

Officers arrived in the neighborhood and found a man with a gunshot wound. His injuries weren’t life-threatening, and he was taken to a hospital for treatment.

The news release says police determined Burch shot multiple rounds at an occupied vehicle on Evers Way. One bullet struck a residence, and Burch then allegedly shot the man twice inside a residence.

Police obtained warrants for Burch’s arrest Thursday evening. He was booked into the Denton City Jail in lieu of a $175,000 bail on the three charges.