The Denton City Council postponed its meeting from Tuesday to Thursday afternoon as it extends its emergency orders amid the COVID-19 pandemic. Texas Gov. Greg Abbott has begun relaxing some restrictions, including allowing restaurants and retailers to reopen Friday with new rules for social distancing. 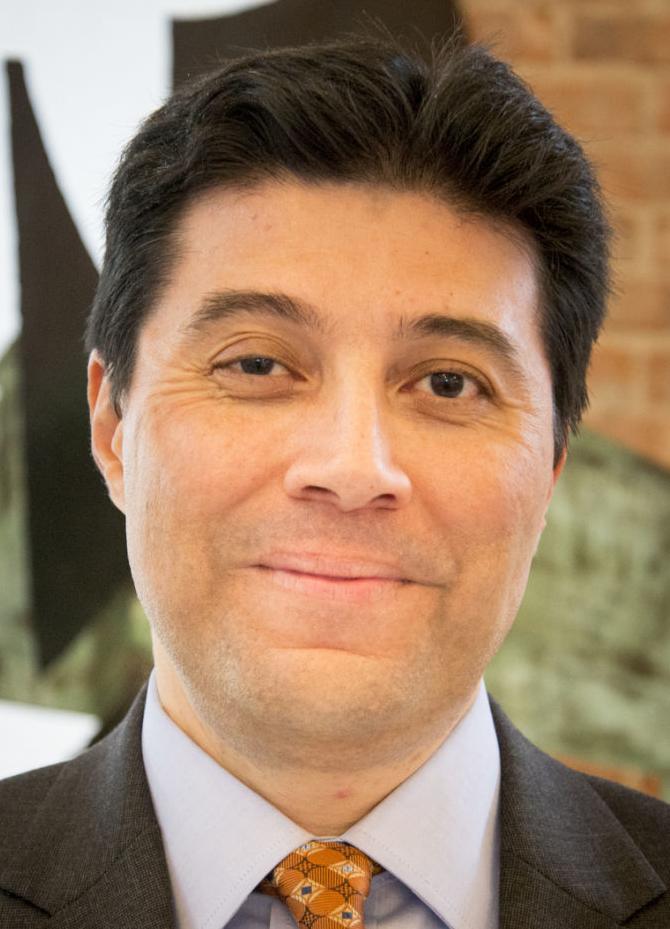 City officials have the authority to enforce new, limited-occupancy rules in the governor’s latest orders, which relax restrictions on businesses previously closed by the COVID-19 pandemic.

“We are prepared for complaints about occupancy levels, or whether a business may even reopen,” Kuechler said.

City officials already managed about 140 complaints over business operations during the most restrictive phase, which ended Thursday.

Many businesses are opting to remain closed, but those that can reopen — malls, theaters, restaurants — may do so at only 25% occupancy.

Kuechler said the city staff has reviewed its occupancy permits and calculated those numbers for everyone — at 25%, 50% and 100% occupancy. The calculations will be posted on the city’s website for transparency, she said.

While restaurants can reopen, bars cannot. Some bar-and-grill businesses are right on the line, but if the business is required to post the notice that 51% of its receipts come from beer, wine and cocktails, then it is not allowed to open, Kuechler said.

Salons, barbershops and massage establishments must remain closed for now.

Residents concerned about the occupancy or the appropriateness of a business being open can log their observations on EngageDenton.com.

The city staff will review the information and make a site visit, if necessary, to gain compliance.

While the governor’s order also encourages individuals to wear face masks out in public, the city does not have the authority to enforce it with civil or criminal penalties.

For example, Leal said, Costco will begin requiring its customers to wear masks when they come in the stores nationwide, in part to help protect its employees.

Research has shown that even a cloth covering over the mouth and nose helps limit the spread of droplets that carry the virus from one person to another.

The city extended its emergency orders related to the pandemic to May 31 in a 6-1 vote. Council member Deb Armintor said she opposed the new orders because they lacked additional local protections. 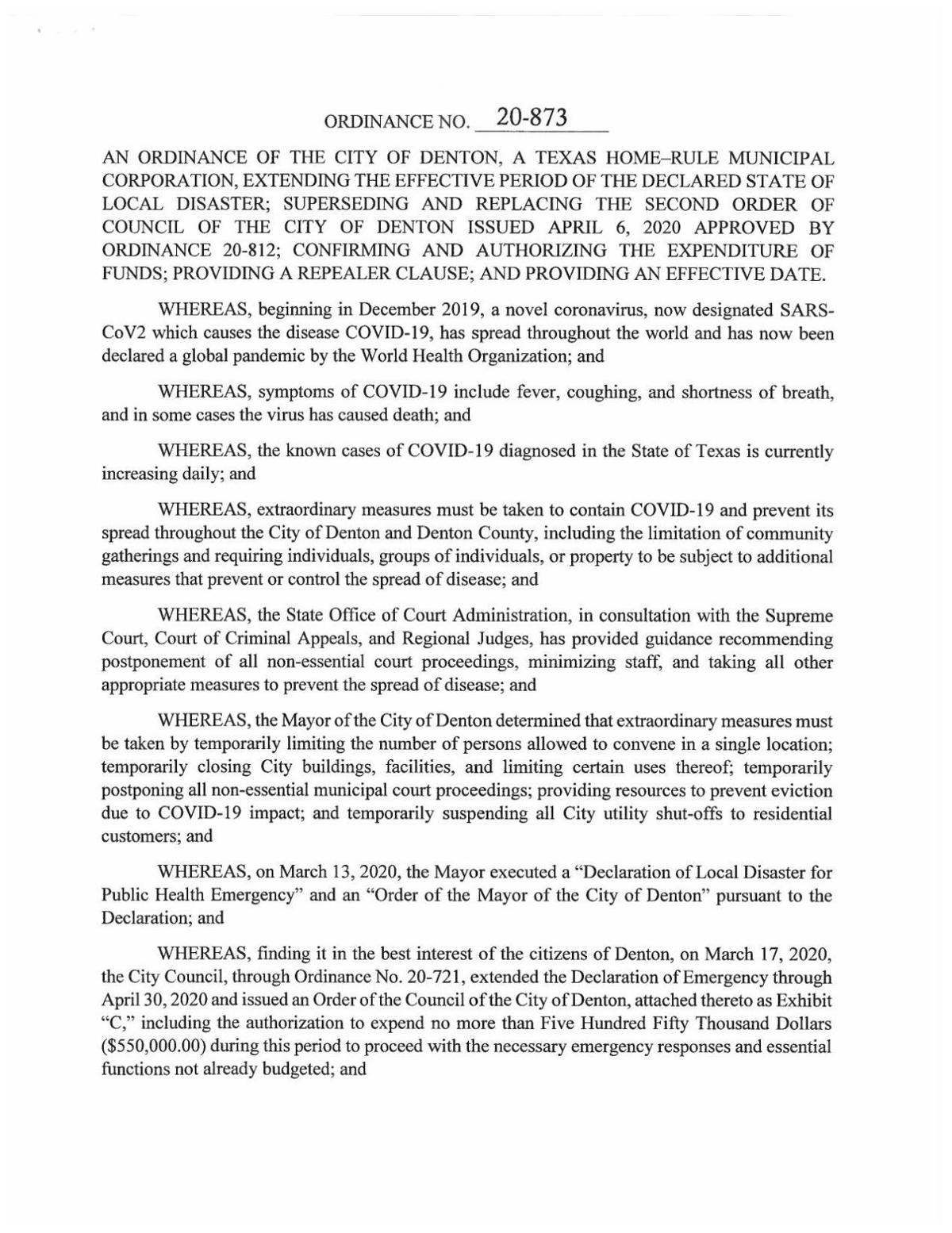 Statewide orders, however, have limited the authority of local governments to do much more.

Mass gatherings, for example, remain limited by statewide orders and guidelines from the Centers for Disease Control and Prevention. Both the CDC and the state discourage gatherings of 10 or more unrelated people.

However, the state’s orders have enough exceptions, particularly for religious groups and restaurants, that a city ordinance prohibiting mass gatherings of a specific amount may be unenforceable, according to an assistant city attorney.

The emergency orders included a new budget limit of $850,000 for emergency expenses, which includes renting hotel rooms for another month for first responders and about 75 individuals and 10 families who are currently homeless.

But while the emergency orders also extend other local relief and protections, a prohibition of utility shutoffs for nonpayment will continue only through May 15.

Earlier in the council meeting, members received a briefing from Matt Richardson, director of the county public health department.

Richardson said more testing has become available recently and that more testing capabilities are expected, although those capabilities are not yet optimum. In addition, he said he expects a statewide announcement in better tracing contacts of infected people — which also could help contain the spread of the novel coronavirus.

He noted that Denton County has been able to “flatten the curve” in the infection rate with stay-at-home measures over the past six weeks. Those lower rates, along with lower hospitalization rates, led to policymakers relaxing those stay-at-home restrictions, he said.

Council member Keely Briggs asked whether there was a threshold for new case counts to re-trigger those restrictions in the future.

Richardson was circumspect, saying there was no number in particular.

To begin with, there has never been enough testing to know the true rate of infection, he said.

In addition, hospitalization rates and the use of ventilators and hospital beds in Texas and in North Texas have not been at the levels seen in New York and other parts of the country, he added.

“If the infection rate doubles in one or two days, that’s a red flag,” he said.

If that comes with more people in intensive care and more people on ventilators, then it’s possible that health officials will again turn to policymakers to add social restrictions, he added.

The governor’s order includes special recommendations for people most vulnerable to complications from the virus, which includes individuals with underlying health conditions or age 65 and older.

Those individuals should continue to shelter in place.

City Manager Todd Hileman told council members that when they returned for their regular meeting next Tuesday, the city staff would brief them on plans for reopening some city facilities.

“We want to take the month of May to work through that,” Hileman said.

Most city facilities remain closed to the public, with a few exceptions. Residents still can use parks and trails for walking, jogging and cycling. The Denton Public Library adopted a “to-go” model of service last Friday, delivering books and materials curbside.