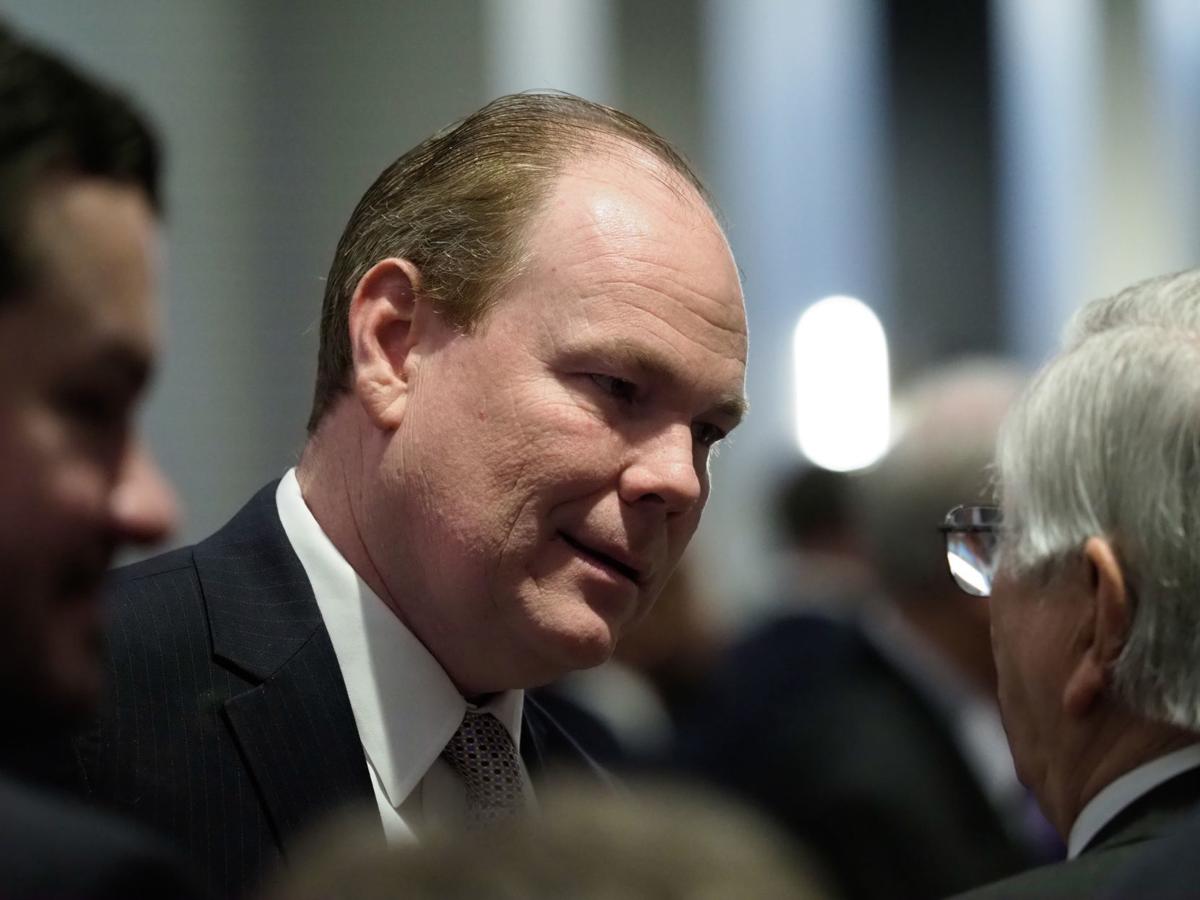 Denton County Judge Andy Eads attends the Lincoln-Reagan Dinner at the Embassy Suites in March. Eads joined two state representatives from Denton County in calling for Texas House Speaker Dennis Bonnen to step down in the wake of comments he made in a secretly recorded audio tape.

This story has been updated with additional comments from the county judge.

Denton County’s top official joined leaders across Texas in calling for Republican Dennis Bonnen to resign as Texas House speaker after an activist released audio from a secretly recorded meeting in June in which the speaker said he tried to make it difficult for counties and cities in the 2019 legislative session.

On Thursday, Denton County Judge Andy Eads’ office released a prepared statement chastising Bonnen for his comments and called for Bonnen to resign.

“Mr. Bonnen should immediately step down from his position to allow the opportunity for someone who will respect local officials and value positive working relationships,” Eads is quoted as saying in the statement.

In the recording, released this week after months of political turmoil about a secret meeting between Bonnen, state Rep. Dustin Burrows, R-Lubbock, and Empower Texans activist Michael Quinn Sullivan, Bonnen can be heard saying, “Any mayor, county judge that was dumbass enough to come meet with me, I told them with great clarity, my goal is for this to be the worst session in the history of the Legislature for cities and counties.”

City and county leaders across the state have said they are shocked at Bonnen’s comment, The Dallas Morning News has reported. Eads, a Republican who took the county judge office in January, is the first local official from Denton County to publicly chastise Bonnen.

“Counties in Texas provide tremendous value to fuel the engines of growth across the state of Texas,” Eads is quoted as saying. “This lack of respect cannot be tolerated. These types of comments are not healthy for continuing the state’s growth as an economic leader in the U.S.”

State Rep. Michelle Beckley, D-Carrollton, was the first statehouse official representing Denton County to make such a call on Wednesday. After tiptoeing around the subject during a luncheon for Denton County’s legislative delegation on Wednesday, state Rep. Tan Parker, R-Flower Mound, said later in the day Bonnen needed to resign.

To this point, Eads has not been overtly critical of the Texas Legislature or of Bonnen. Eads’ top aide, Shannon Joski, emailed a second statement from Eads in which he is quoted as saying the county was not hurt in the last session.

“While many of our local bills successfully passed, which we are appreciative of, there needs to be a new mindset in the Speakers’ office as it relates to the working relations with the local officials in the state of Texas,” Eads is quoted as saying.