Members of the Denton County Republican Party passed a resolution to support a bill filed in the Texas House that supports Texas secession from the United States.

The resolution in support of House Bill 1359, which names invasive and unaccountable federal bureaucracy as a factor, passed the party’s executive committee on April 15.

Despite its perennial place in public discourse, legal experts and historians are largely in agreement that Texas does not have the legal authority to secede from the Union. 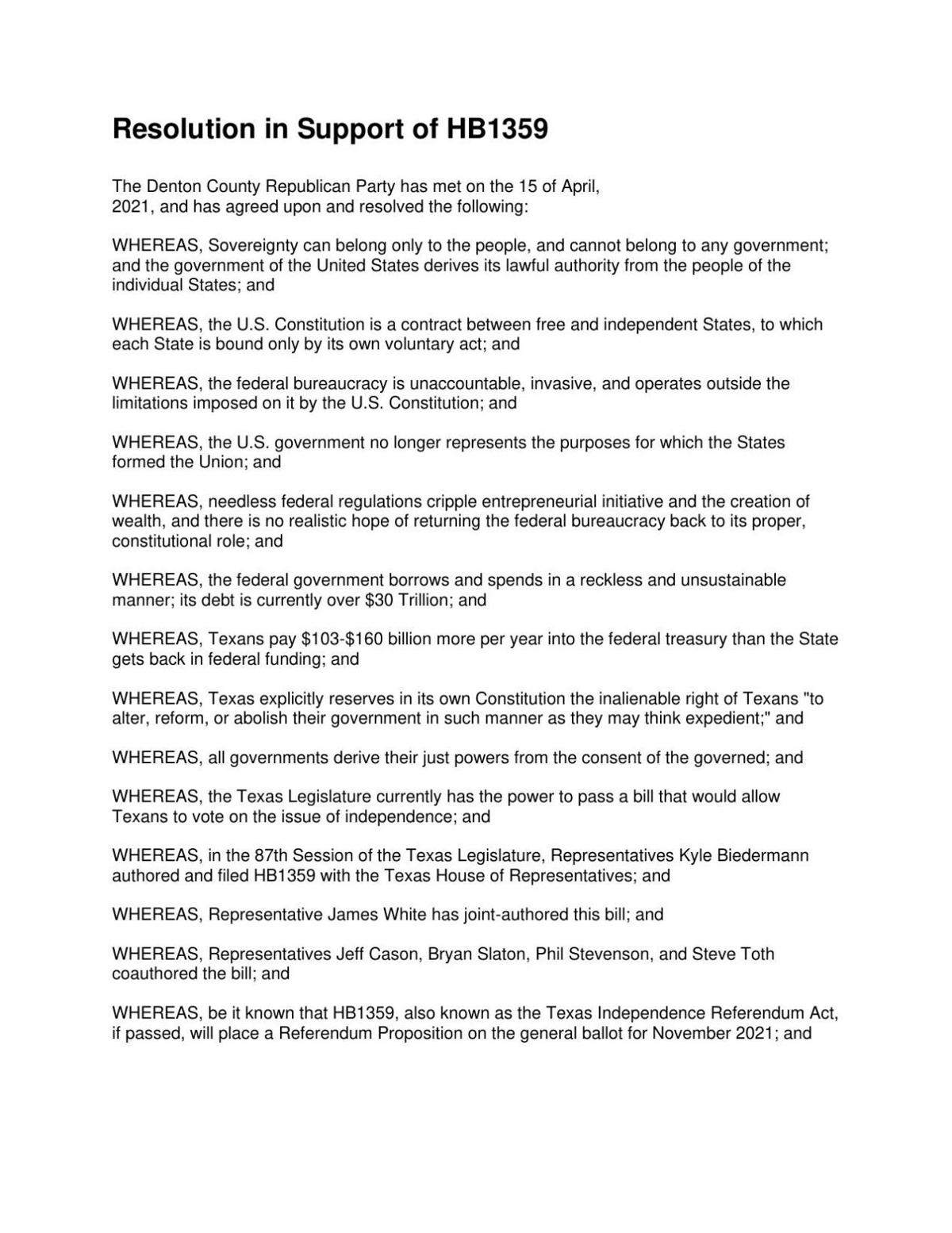 The county GOP resolution was presented by Precinct Chair Tim Curtiss, who is also the local director for the Texas Nationalist Movement. His district mirrors the borders of Texas Senate District 12.

The group is dedicated toward Texas secession — or “Texit,” as it is termed on the group’s website.

The House bill was filed by state Rep. Kyle Biedermann, R-Fredericksburg, in late January. It was referred to committee on March 5, and no action on the bill has taken place since then.

There were four weeks left in the current legislative session as of Monday.

If passed, the bill would put to Texas voters the question: “Should the legislature of the State of Texas submit a plan for leaving the United States of America and establishing an independent republic?”

If voters were to answer “yes,” the Legislature would be required to form a committee to “study and make recommendations regarding the most effective and expeditious method by which Texas may be returned to its status as an independent republic.”

The committee would have to submit a report by Dec. 31, 2022, but its findings would be nonbinding, according to the bill.