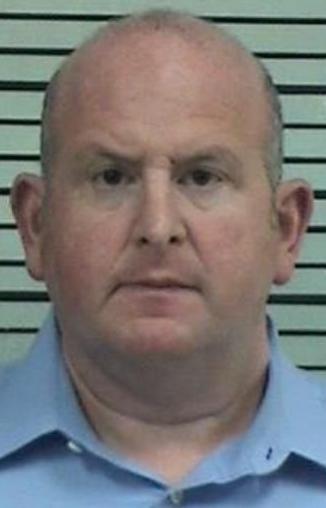 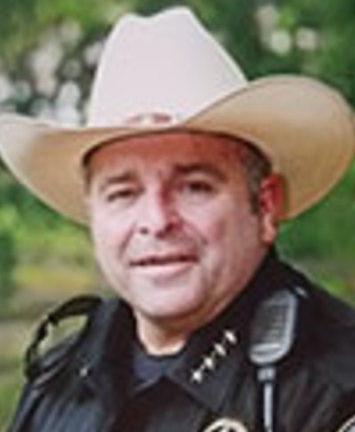 Denton County Precinct 4 Constable Tim Burch said he’s keeping his chief deputy on the payroll until “more facts avail themselves” in a first-degree felony case pending against the deputy in Hood County.

Barry Minoff, 43, was indicted May 9 by a Hood County grand jury after he was accused of gambling with money that belonged to a North Texas nonprofit.

He was formally charged with misapplication of fiduciary property for his alleged involvement in gambling with at least $300,000 from the North Texas Justices of the Peace and Constables Association, according to his indictment and a news release from the nonprofit.

Minoff had been the treasurer of the association from 2015 to 2017, while Burch served as president. Minoff also has been the constable’s second-in-command since July 2014.

As chief deputy, Minoff earns a salary of $78,322. He was arrested May 14 on the felony charge and booked into Hood County Jail. He posted his $20,000 bail that day, but Burch has kept Minoff on paid administrative leave since then.

Burch pointed out that an indictment doesn’t imply guilt, and he wants to hear more facts before taking away someone’s pay, he said.

“If someone is guilty of something in this office, especially of a criminal nature, they’re subject to anything, including termination,” he said. “Believe me, it will most certainly be evaluated.”

The North Texas JPCA is a regional association that provides annual training programs for judges, clerks and constables. It is funded primarily through training registration fees and membership renewals, which cost $25 per year, according to the organization’s current treasurer, Hood County Constable Delton Thrasher.

Last October, the association’s board was made aware of discrepancies in one of its checking accounts, according to the organization’s news release about Minoff’s charge.

The news release did not provide more information. It was posted on the group’s Facebook page on May 16 and signed by Hood County Justice of the Peace Martin Castillo, the current president of the association.

Castillo did not respond to a phone call or email requesting comment.

Burch said he was “kept in the dark” about the investigation during his term as president, despite the fact that Castillo warned him about a financial deficiency in the JPCA account nine months ago, Burch said.

Castillo was the association’s vice president when he first told Burch about the shortage, Burch said, adding that Castillo didn’t give any details at the time.

Burch said he asked Minoff, as well as a former Tarrant County chief deputy constable and a Hunt County constable — all of whom oversaw the organization’s finances under Burch — to review the documents and get back to him.

He said he called Castillo several times after that initial warning to inquire about the missing funds. Burch said Castillo walked back his earlier claim and assured him money wasn’t missing from the account. He said Castillo informed him about a forensic audit, but Burch said he assumed it was a routine procedure.

The three people Burch initially asked to find out more about the missing funds also never informed him about an investigation or a discrepancy with the account, Burch said.

Then, four weeks after Castillo took over for Burch as the association’s president in January, Burch said a Texas Ranger interviewed Minoff during a scheduled training session in Rockwall.

That was the first he found out about the investigation that started about four months before he left the association’s board, Burch said.

“Nobody let me know anything,” Burch said. “So when these guys got together, obviously what happened, unbeknownst to me, was they must have held a clandestine, secret board meeting and decided, ‘Well, we’re going to investigate this, and we’re going to let the current president know there’s an impropriety.’”

Clarifying an earlier statement, Burch said he does have access to the organization’s finances if there’s accusation of criminal wrongdoing. As the president at the time, he said he would have acted if he knew about the situation.

As for Minoff’s current status, Precinct 4 County Commissioner Andy Eads said he doesn’t have any authority over other elected officials’ employees.

Burch, who was first elected as Precinct 4 constable in 2012, said he would contact Minoff’s attorney to get more facts on the case to determine whether Minoff should face harsher punishment. However, he didn’t know whether Minoff had retained an attorney as of Tuesday.

Minoff did not respond to a request for comment.

It’s unclear how long his case will stay pending in Hood County. It’s also unclear whether the Rangers are still investigating the matter.

Texas Department of Public Safety spokesman Dub Gillum said he doesn’t believe the Rangers are continuing the investigation, but he’s not certain.

“As far as I know, it stopped with [Minoff],” Gillum said.