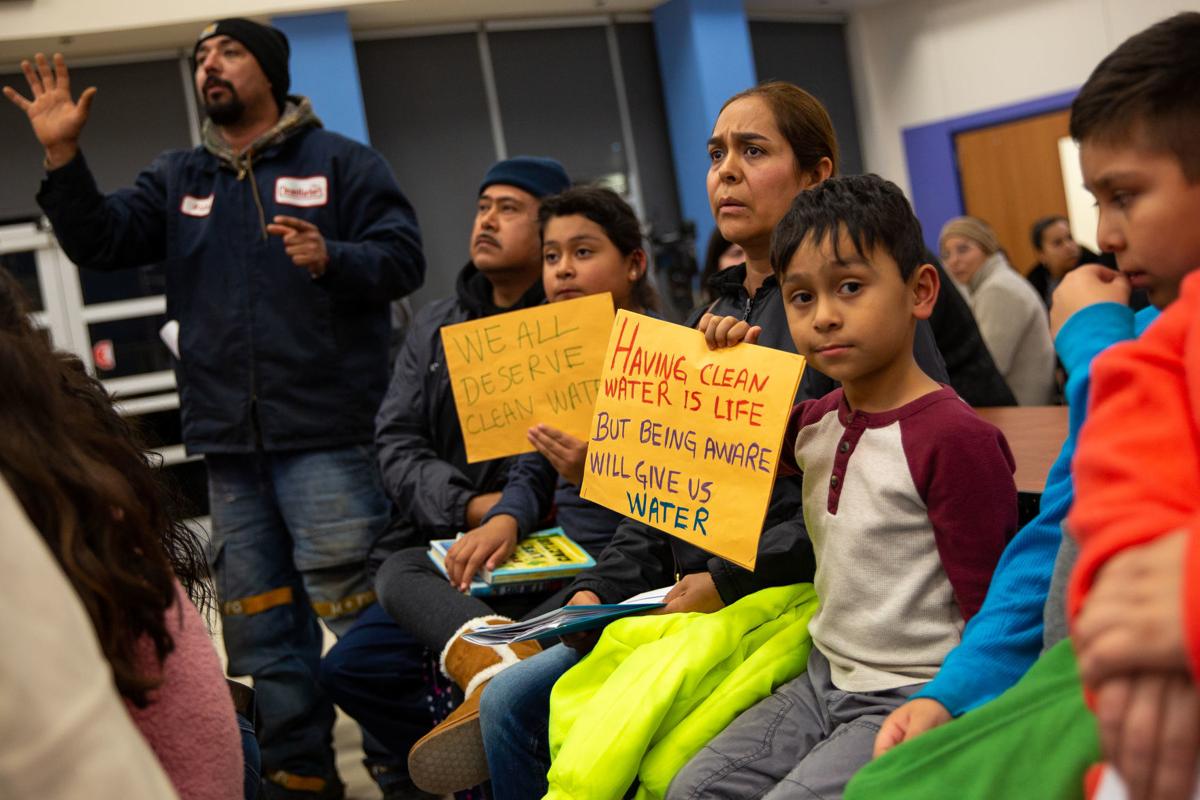 Five-year-old Yosgart Saldana holds up a sign as Green Tree Estates residents speak up Monday night about how the city’s proposed solutions might not sustain larger families during a public meeting at Pecan Creek Elementary School. 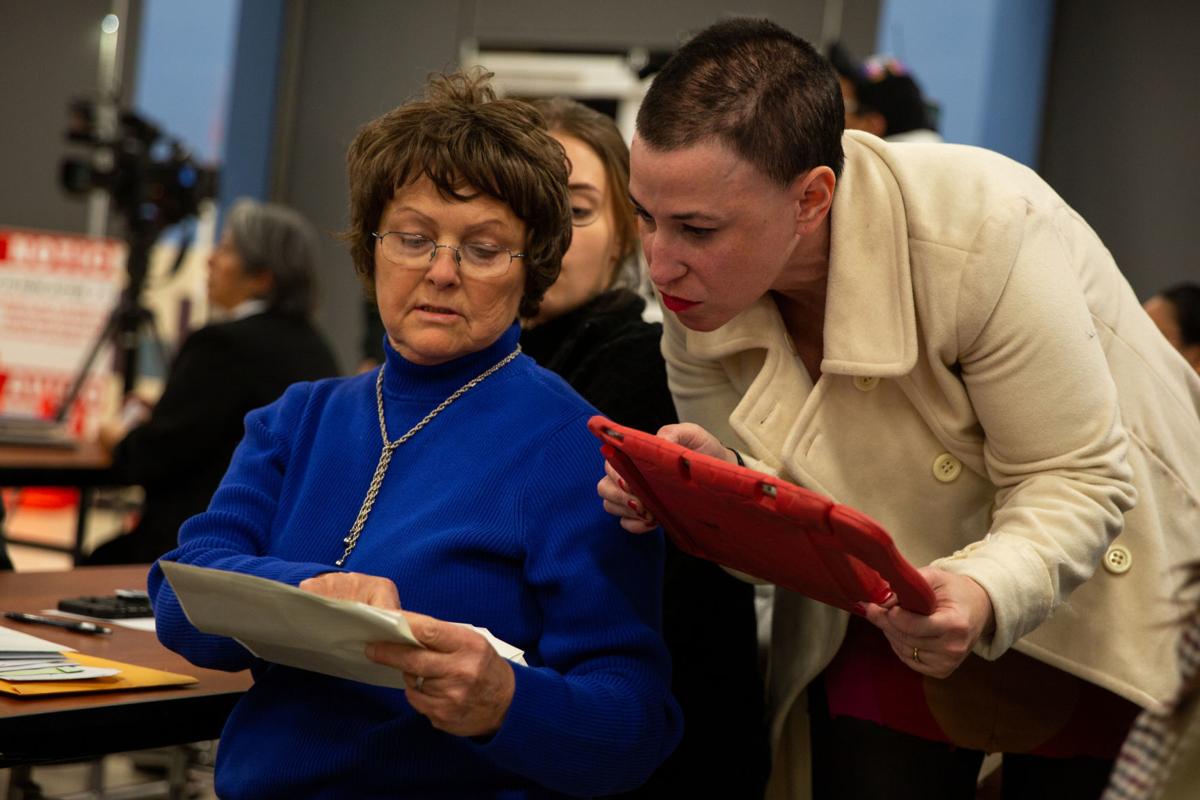 Five-year-old Yosgart Saldana holds up a sign as Green Tree Estates residents speak up Monday night about how the city’s proposed solutions might not sustain larger families during a public meeting at Pecan Creek Elementary School.

Pending the Denton City Council’s approval, the city could declare the Green Tree Estates’ water services situation an emergency in order to get money for temporary solutions.

City staff held a public meeting for residents Monday evening at nearby Pecan Creek Elementary School to discuss temporary solutions for Friday, when the community’s water service is set to be shut off by the water operator.

The private water supplier, Don Roddy, told the city he’ll be shutting water services from his well Friday. The city reached out to the Texas Commission on Environmental Quality and the Public Utilities Commission on the matter, but they sided with Roddy in stopping operation of the well after determining his well is privately owned and therefore can be shut down whenever he wishes.

While responding to a resident’s question, City Manager Todd Hileman said it’s possible officials could declare the situation an emergency.

If an emergency declaration were to come, Hileman said it would be announced Friday.

City staff said they will research and relay to the City Council the temporary solution brought forth Monday by residents of Green Tree Estates. For this meeting, the city provided a translator to make sure the largely Spanish-speaking community would understand what was being said.

Large water storage tanks are a temporary solution that the mobile home community in southeastern Denton is urging the city to pursue as they are slated to lose water services this week.

With the help of a translator, residents were able to voice their concerns and frustrations to city staff and City Council members who were also in the audience. Most were not able to give input at the initial Oct. 29 meeting due to a language barrier.

Ednna Guajardo, a Green Tree Estates resident who has been vocal about the situation, said they wanted the temporary solution to be easy for both residents and the city.

“We want this solution to be temporary, because you all know having this system is difficult for us as families,” Guajardo said in Spanish. “We also want the city to work for us because we really need the help. We can’t live the rest of our lives like this.”

More than 45 people live in Green Tree Estates. A majority are families with multiple elementary- and middle school-aged children.

Residents rejected the ideas brought forth by city staff involving portable toilets and a central community shower trailer, saying both would be inconvenient due to freezing weather. City staff members were shut down on these ideas in the middle of their presentation.

Alfredo Sanchez, vice president of Denton’s League of United Latin American Citizens, said the city should take on the residents’ ideas instead of continuing to talk about their own ideas. City staff and Green Tree residents butted heads during the first half of the meeting.

“Why don’t you work with them and try to figure [it] out?” Sanchez asked. “Because they’re the ones that are being affected. ... In order to solve a problem, we get the people involved [who] actually have a problem and ask them, ‘How do we fix this? How do we come up with a solution?’”

Hileman said city staff will meet with the City Council during Tuesday’s work session to present the residents’ idea for a temporary solution. The staff’s main priority for Tuesday is to come to an agreement on a temporary solution, while also starting a conversation on a more permanent solution.

Guajardo said the residents would make sure they could use the tanks to get water into their homes via a pump. Depending on how many people live in a household, a second water tank could be necessary, she said.

Per the city’s presentation, the temporary solution approved by the City Council would only be instated for 90 days. Hileman said a more permanent solution could take nine to 12 months to put in place.