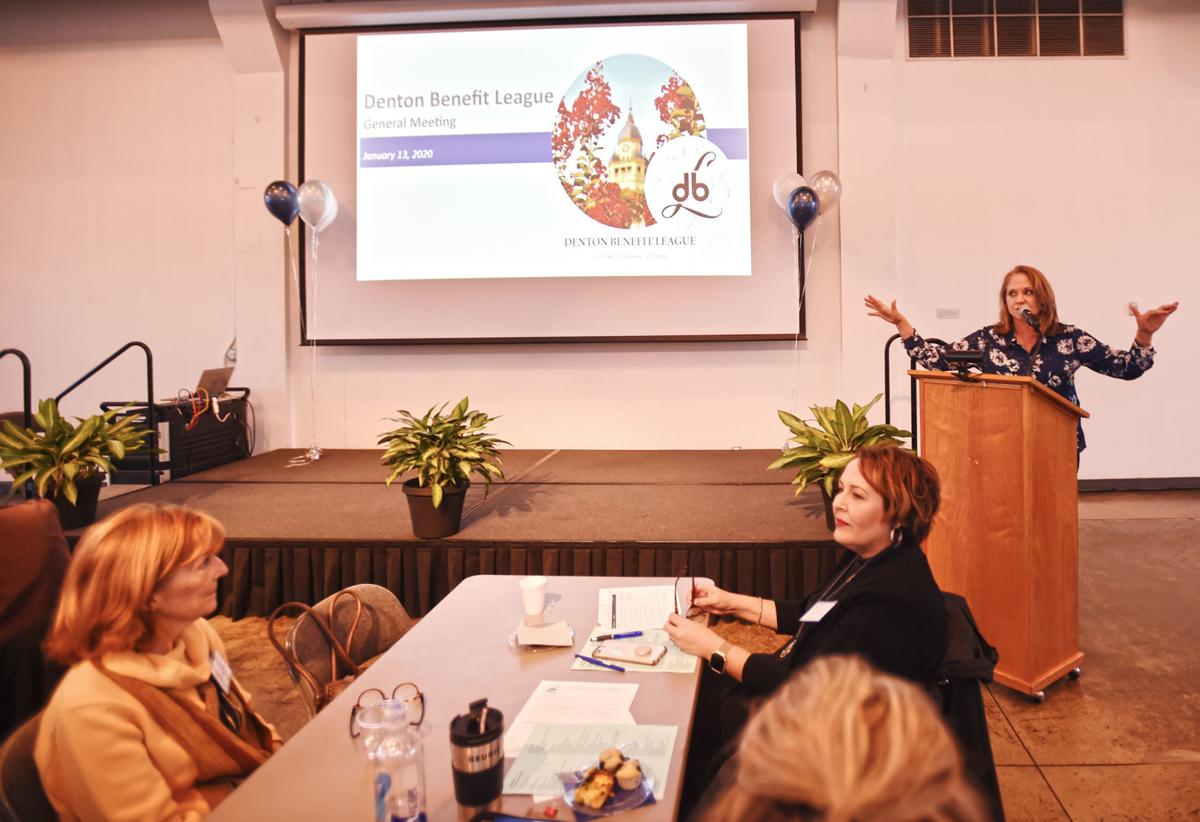 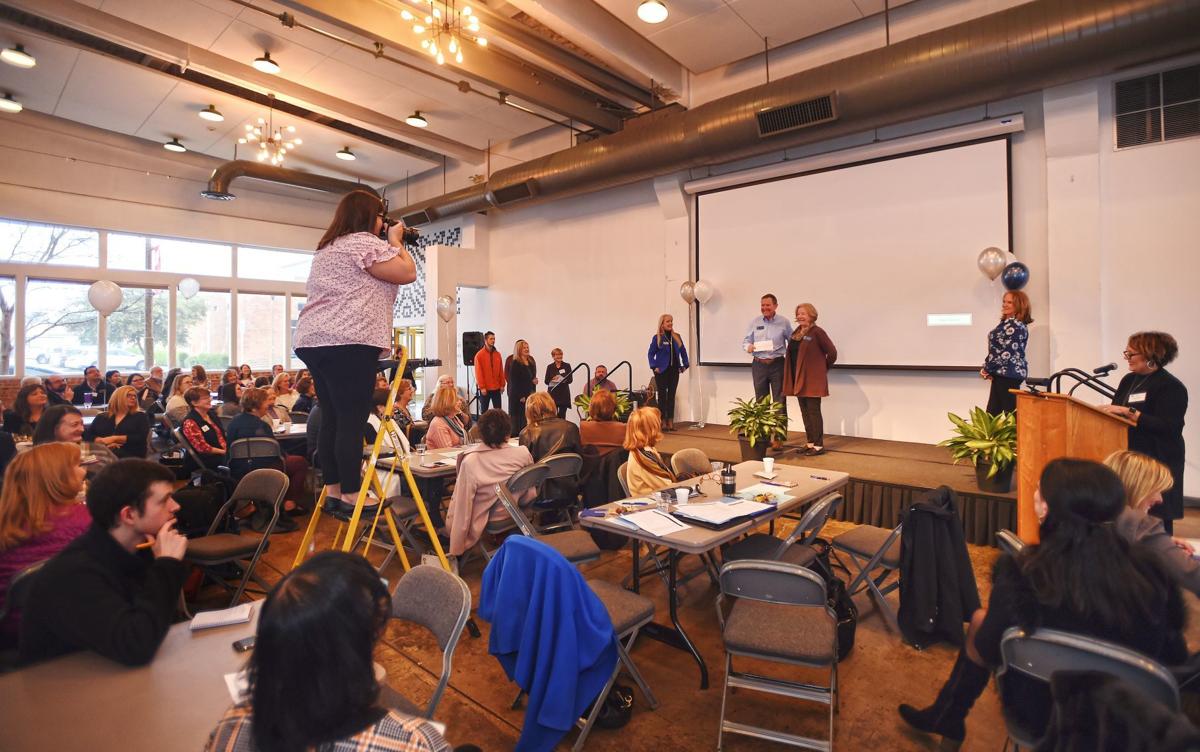 Representatives from the Denton Food Bank are photographed with their grant check during Monday’s grant presentation breakfast at the Patterson-Appleton Center for Visual Arts. 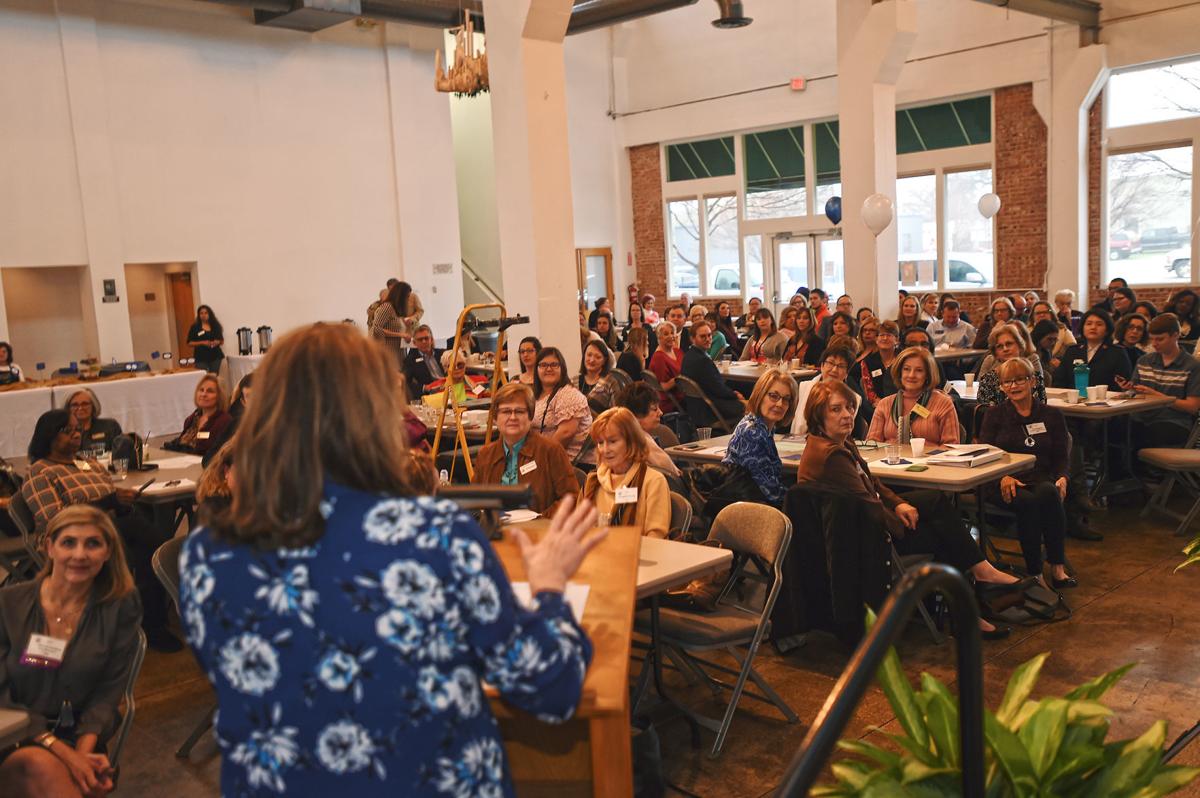 Representatives from the Denton Food Bank are photographed with their grant check during Monday’s grant presentation breakfast at the Patterson-Appleton Center for Visual Arts.

Nonprofits from across Denton County received grants totaling over $200,000 at Monday morning’s annual celebration from the Denton Benefit League.

Founded in 1973, the DBL is a nonprofit organization consisting of women who provide volunteer hours and grants to other organizations throughout Denton County. President-elect Laura Brewer said the league is about giving back to the community.

“It’s just a great group of women who care about the community we live in and are trying to make it a better place,” Brewer said.

At Monday’s meeting, grant recipients received ceremonial checks in celebration of their awards. To be eligible for a grant, organizations must be based in Denton County and must be nonprofit, nonreligious and nonpolitical. These eligible organizations are required to specifically state what the money would be used for and go through an interview process before DBL members vote on which applicants receive funding.

The DBL provides grants in yearly groupings, with the aforementioned process beginning the previous year and culminating with the check presentation in January. For the 2019-20 group, 35 different organizations received a cumulative total of $207,105.19. Recipients included CASA of Denton County, United Way of Denton County, SCRAP Denton and UNT PUSH, among others. Grants were awarded for equipment, furniture, building improvements and more.

Carolyn Ferguson, the DBL’s second vice president in charge of grant allocations, said the league made use of partial funding for many of the awarded grants in order to give money to a larger and more diverse number of organizations.

“We really try to spread our money across the community,” Ferguson said.

DBL President Shelley Anthony, who joined the league in 2005, said her biggest takeaway from the grant-awarding process was how much work went into it from everyone involved.

“It’s rewarding to watch all the women throughout the year,” Anthony said. “I’ve known DBL all my life, and it’s just part of the thread of Denton.”

Much of the funding for the grants comes from the DBL’s yearly charity ball, taking place this year on April 4 at the Embassy Suites by Hilton. This year’s ball, Anthony said, will have a Denton-focused “there’s no place like home” theme and feature live music, cocktails, dinner and auctions.

More information on the ball and volunteering can be found at https://dentonbenefitleague.org/.