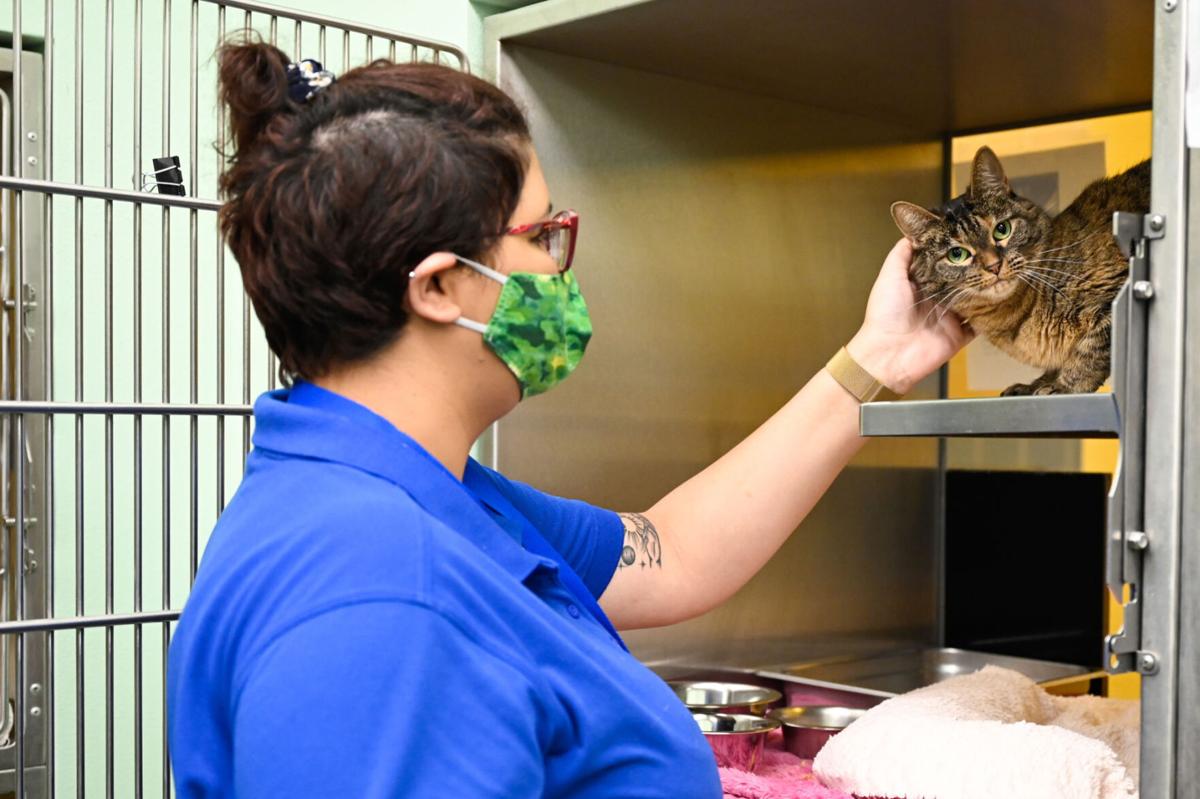 Customer service representative Emily January takes care of Lily on Wednesday at the Linda McNatt Animal Care & Adoption Center. Aug. 17-22 is Clear the Shelter Week at the Denton Animal Shelter. Rather than having it on one day, the shelter is spacing it out throughout the week to try to keep up with social distancing measures. 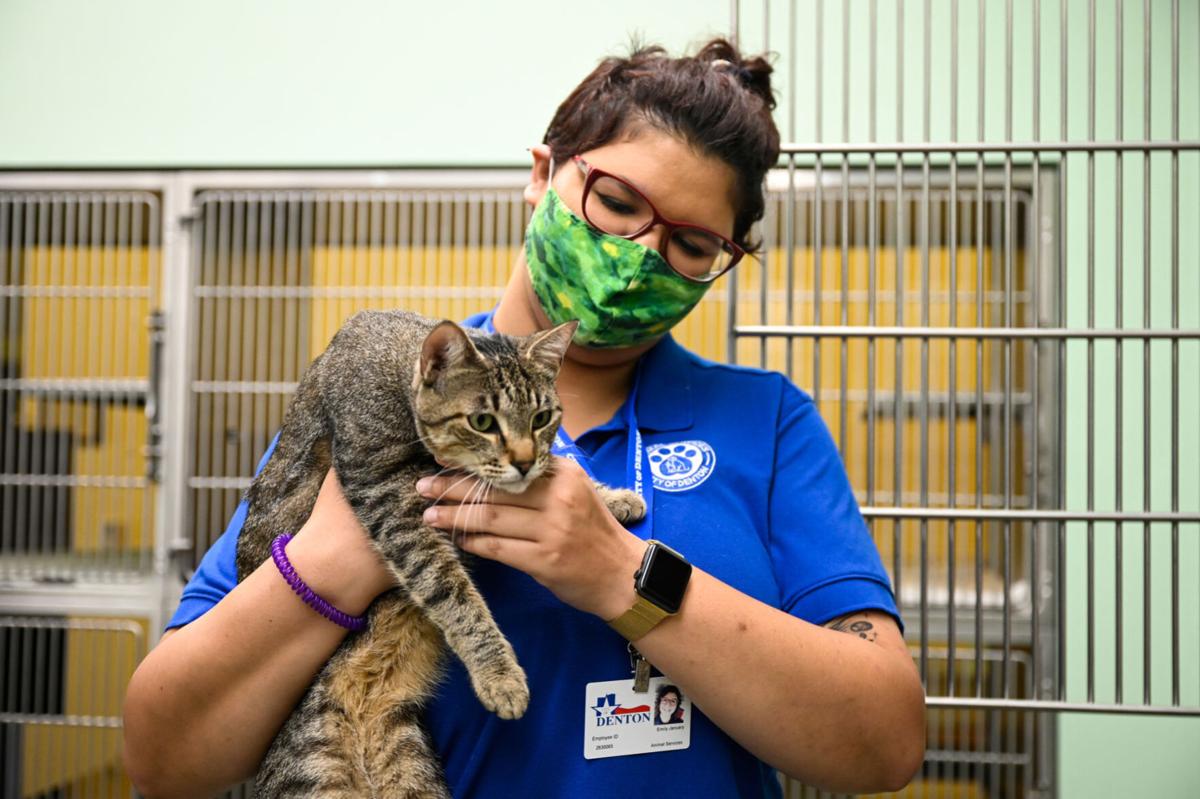 Customer service representative Emily January takes care of Lily on Wednesday at the Linda McNatt Animal Care & Adoption Center. Aug. 17-22 is Clear the Shelter Week at the Denton Animal Shelter. Rather than having it on one day, the shelter is spacing it out throughout the week to try to keep up with social distancing measures.

The Denton Animal Shelter is expanding Clear the Shelter Day to a week-long event starting Aug. 17 where residents can adopt a new friend at a reduced price.

Clear the Shelter Day is a nationwide campaign to spearhead adoptions in the summer. The events are typically held in August because it’s a busier month for shelters, said Randi Weinberg, a manager at the Denton Animal Shelter.

“It’s summer, people are out more with their dogs or cats and animals sometimes just get loose and end up at our shelter,” Weinberg said. “Sometimes people can’t keep their dogs for various reasons and we tend to see more animals enter the shelter during the summer months. Additionally, more puppies and kittens are being born, so usually they’re the highest population we see at this time.”

Last year, Weinberg said the Denton Animal Shelter saw about 500 people stop by on its Clear the Shelter Day, which isn’t ideal during a pandemic. A total of 92 cats and dogs at the shelter found families last year, leaving the shelter just shy by two for a completely clear shelter.

“Due to us making sure we’re being responsible with social distancing, we wanted to make sure that we were able to control the crowd,” Weinberg said.

The shelter has been operating by appointment only for months now and the Clear the Shelter event will be the same. Monday through Wednesday, adoptions will be at half price. Adoptions will be free from Thursday through Saturday and again on Aug. 29.

Even during a pandemic, Weinberg said the shelter has still housed a lot of animals this summer, even after the pandemic began when shelters across the country were being cleared out in the spring when people started to stay at home more often.

“We’ve had great success with our adoptions for dogs and cats both,” she said. “At the beginning of August to Aug. 7, we had 62 adoptions. The adoptions have not slowed down. We do think it’s because people are working from home and can get better acclimated to living with a pet.”

The summer has still been busy, but Weinberg said she’s noticed it hasn’t been as busy as it was last year.

“One of the big things we’ve seen is our owner surrenders have decreased this time [compared to] last year,” she said. “We are offering an emergency food pantry helping people facing financial difficulty. Sometimes they have to pick between feeding their dog and paying a bill. [The pantry] has been a big help in keeping [surrenders] down.”

Potential pet owners can call the shelter at 940-349-7594 to schedule an appointment.