The launch of the Denton County Transportation Authority’s new bus schedule — meant to line up with more frequent runs of the A-train — has had a fitful run so far.

Text alerts for missed or delayed runs pop once a day or more on certain routes, far more frequently than the summer when such alerts popped once a week or so. Transit riders at the University of North Texas and on Denton’s east side appear to be the most affected.

Troy Raley, director of bus operations and maintenance for DCTA and its subsidiary, North Texas Mobility Corp., said he expects buses to get held up more often at the start of a school year, particularly near UNT.

“Most routes [near UNT] saw a 10-15% dip in on-time performance once school began,” Raley wrote in an email.

In addition, Route 3, which runs along East McKinney Street from Ryan High School to the Downtown Denton Transit Center, dropped to from about 85% on-time to about 65% on-time after school started.

“Most Connect routes experienced a similar drop,” Raley said, adding that the Denton city buses that don’t go past a school have fewer on-time problems.

“It’s just too strict,” Richardson said of the policy.

Earlier this year, the DCTA Board of Directors adopted a policy that prohibits employees from talking to a journalist without permission. Employees can be fired for doing so, according to the policy. 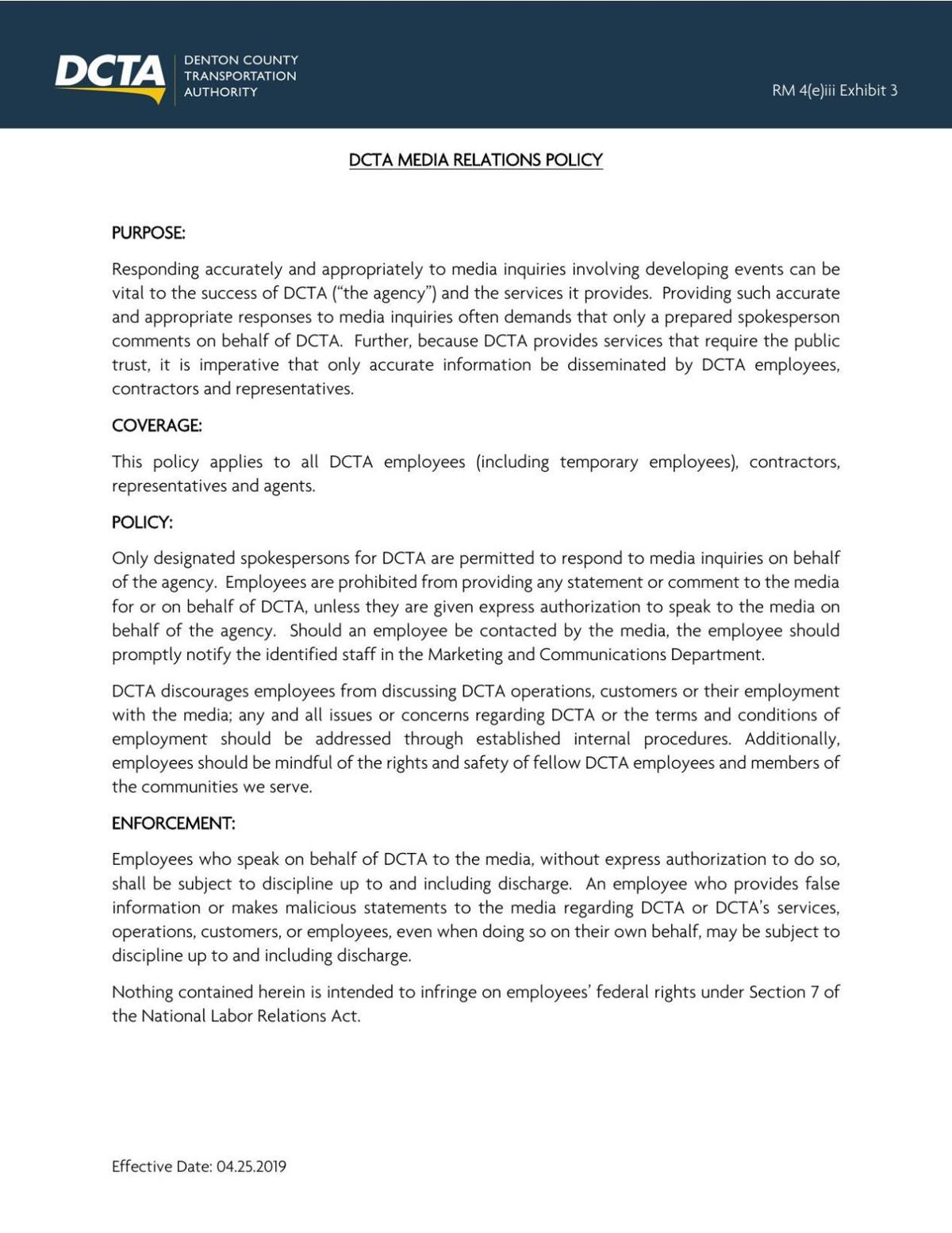 DCTA took over the bus routes from a First Transit subsidiary this summer. Before the transition, DCTA buses had an overall on-time performance of 79% for buses, according to DCTA officials.

The latest on-time performance report, obtained through an open records request, showed that the agency hasn’t been able to move the needle on that metric since July.

From July through the first week of September, on-time performance for all fixed-route buses remained just under 79%. 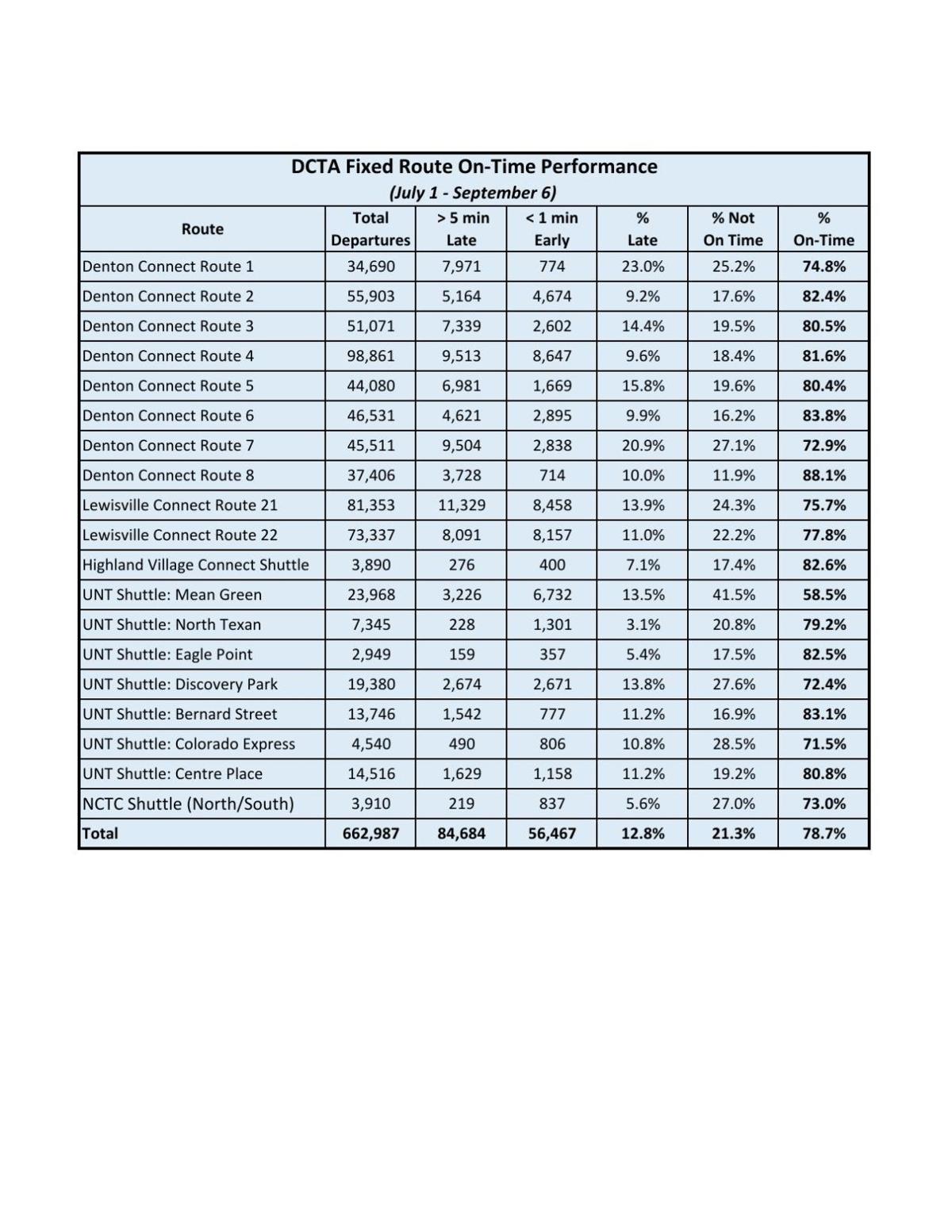 Some riders need the bus to get across town for school or work. Other travelers heading to the A-train platform can miss connections and be forced to wait as much as 30 minutes for the next train.

Route changes have helped some buses, Raley said, particularly at UNT. The Mean Green bus route that runs clockwise around the UNT campus was one of the worst performers until DCTA added a counterclockwise circulator on the same route, increasing its performance several percentage points.

In Denton, Route 6 performance also improved a couple of percentage points after it was rerouted to avoid a school zone in one direction. The bus travels from the train station to northern Denton along Bell Avenue and Elm Street.

Here are some highlights from a recent on-time report of DCTA buses: