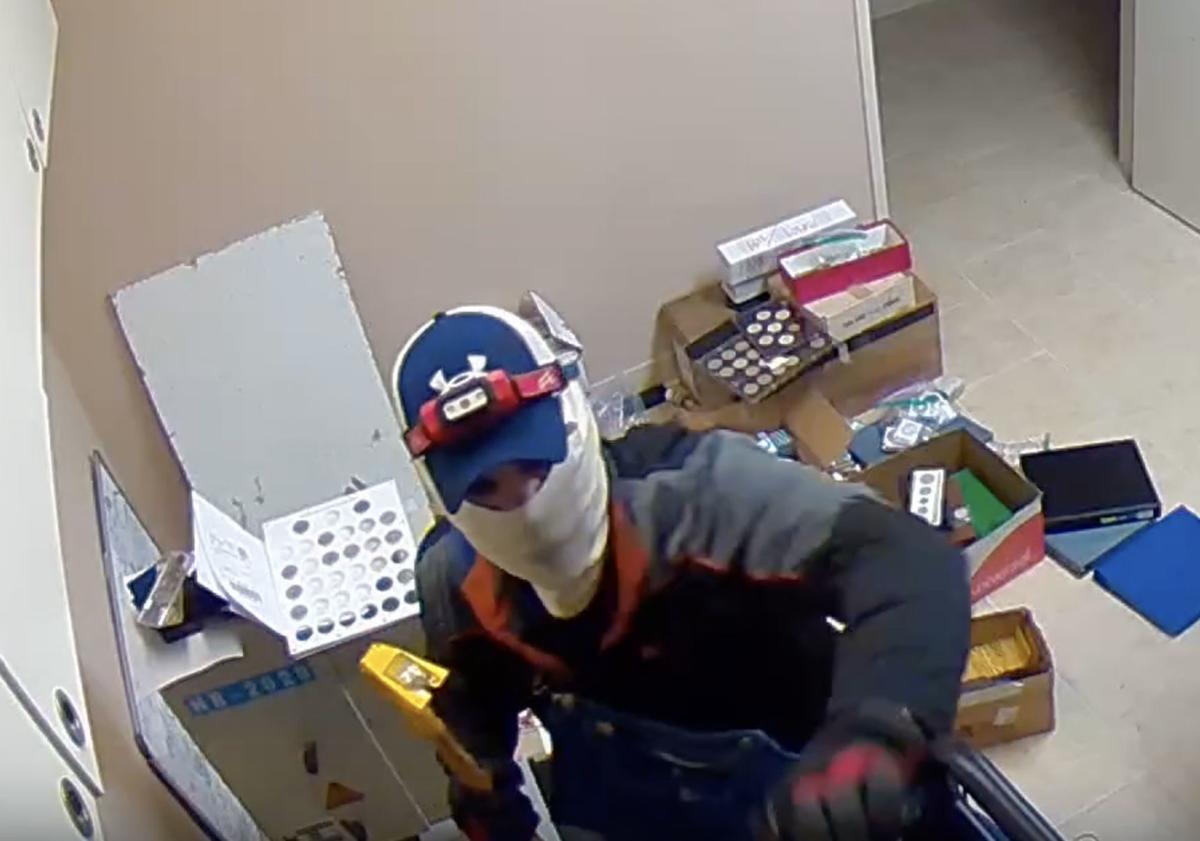 An image made from surveillance video shows a suspect in a burglary April 7 at GSA Coins and Jewelry in Corinth.

An image made from surveillance video shows a suspect in a burglary April 7 at GSA Coins and Jewelry in Corinth.

A Corinth business owner is offering $10,000 for any help in finding tens of thousands of dollars’ worth of property he says was stolen from his shop in an April 7 burglary.

Chris Lyche, the owner of GSA Coins and Jewelry, said about $75,000 worth of coins — half pennies all the way up to silver dollars — were taken during an early morning burglary.

The burglary was captured by security cameras.

He said he’s willing to pay $10,000 to anyone with information that helps him and Corinth police find his stolen property. A Corinth Police Department spokeswoman confirmed the burglary and said no arrests had been made as of Tuesday evening.

The shop only opened in November, Lyche said, and the burglary has hobbled the business.

“It’s going to be really tough to recover from it,” he said Monday.

People wanting to help can email Lyche at chrislyche@gmail.com or call Corinth police.

A woman was arrested on Monday and is not allowed on any Denton County Transportation Authority buses, trains or property after she allegedly got back onto a DCTA bus hours after she was criminally trespassed for not getting off a bus, according to a police report.

A report says the woman refused to get off the bus when it reached the end of its line. Police removed her and trespassed her from DCTA property. A few hours later, the report indicates, she was found on another DCTA bus. Police arrested her on a charge of criminal trespass.

At about 6:30 p.m. Monday, the woman was taken to Denton City Jail, where she remained as of late Tuesday afternoon.

1700 block of Village East Drive — Police searched a neighborhood after receiving calls that four gunshots were fired at around 9:30 p.m. Monday, according to a police report. Police did not find any evidence that a shooting occurred, the report shows.

100 block of Avenue A — A man told police Monday that he was assaulted Friday evening while he was out in the Fry Street area, according to a police report.

The man said he did not know who assaulted him or how. He told police he woke up alone on a sidewalk at around 6 or 7 p.m. Friday. The report shows the man had black eyes, an orbital fracture, stitches and another small abrasion.