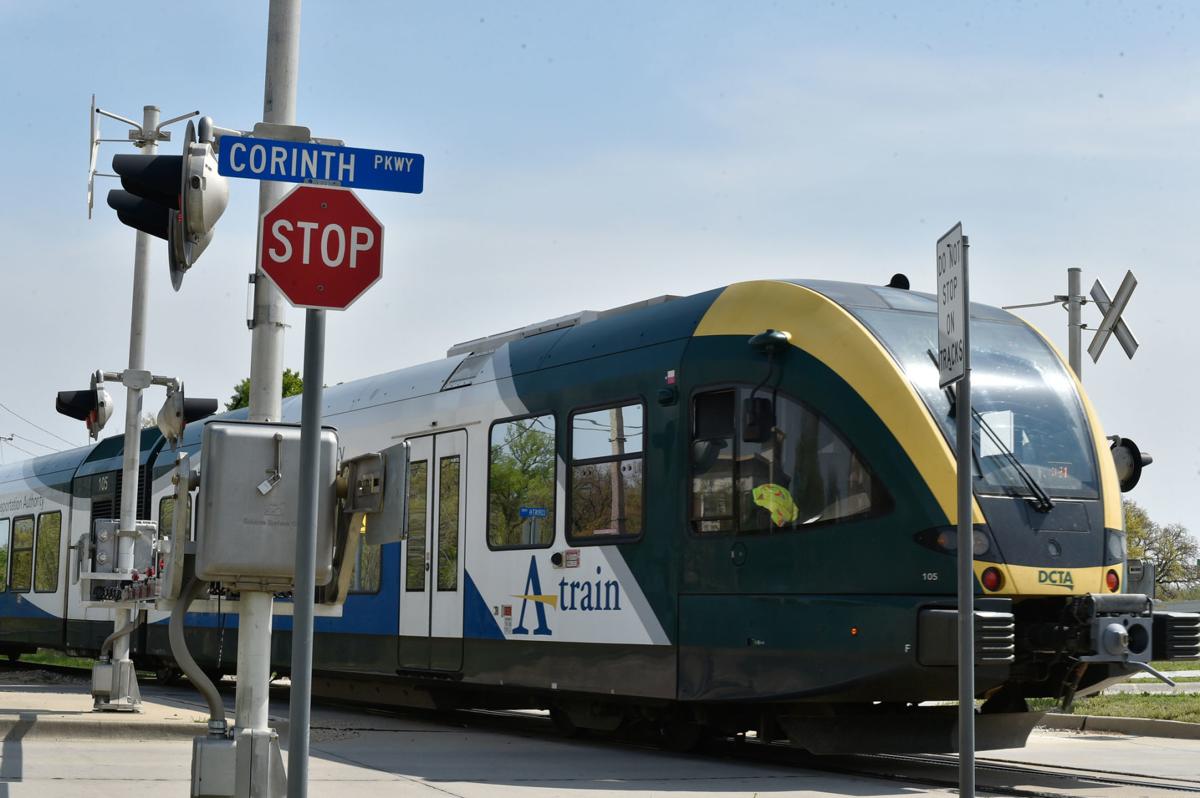 The A-train passes through Corinth at a crossing on Corinth Parkway on Thursday. Corinth is rebooting its discussions for a station in city limits. 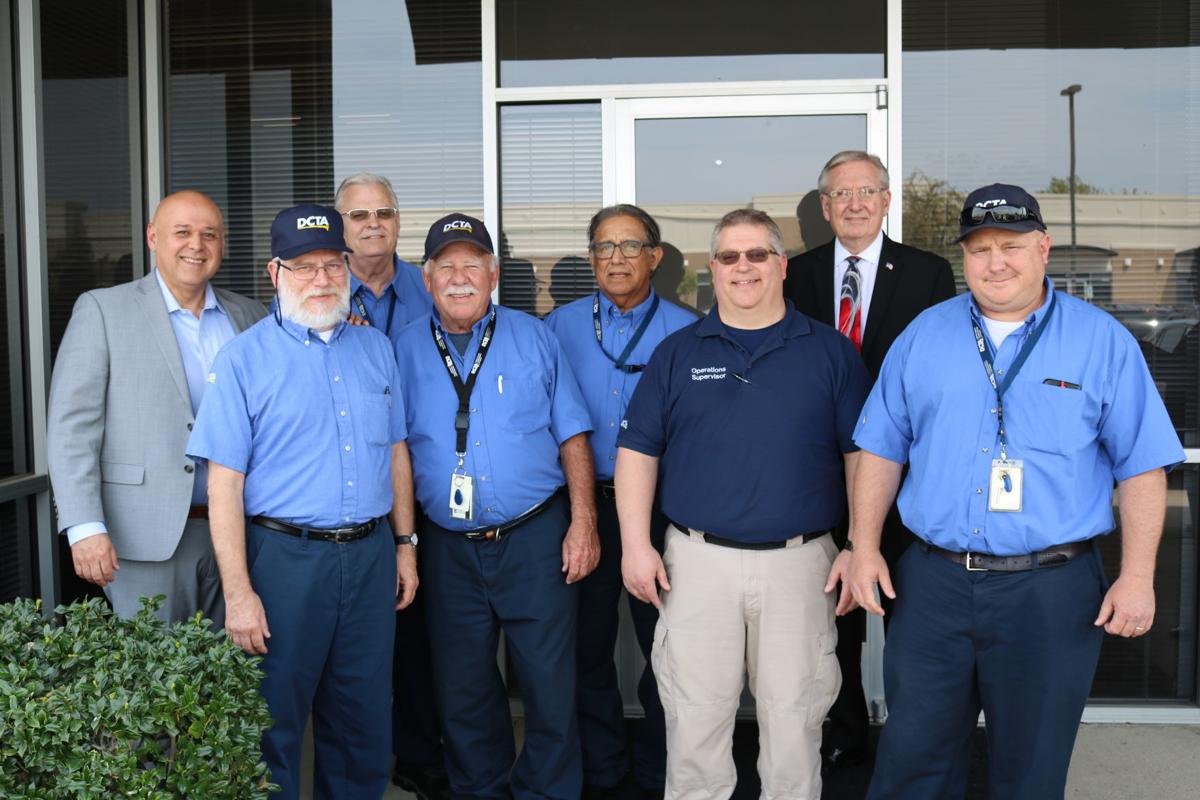 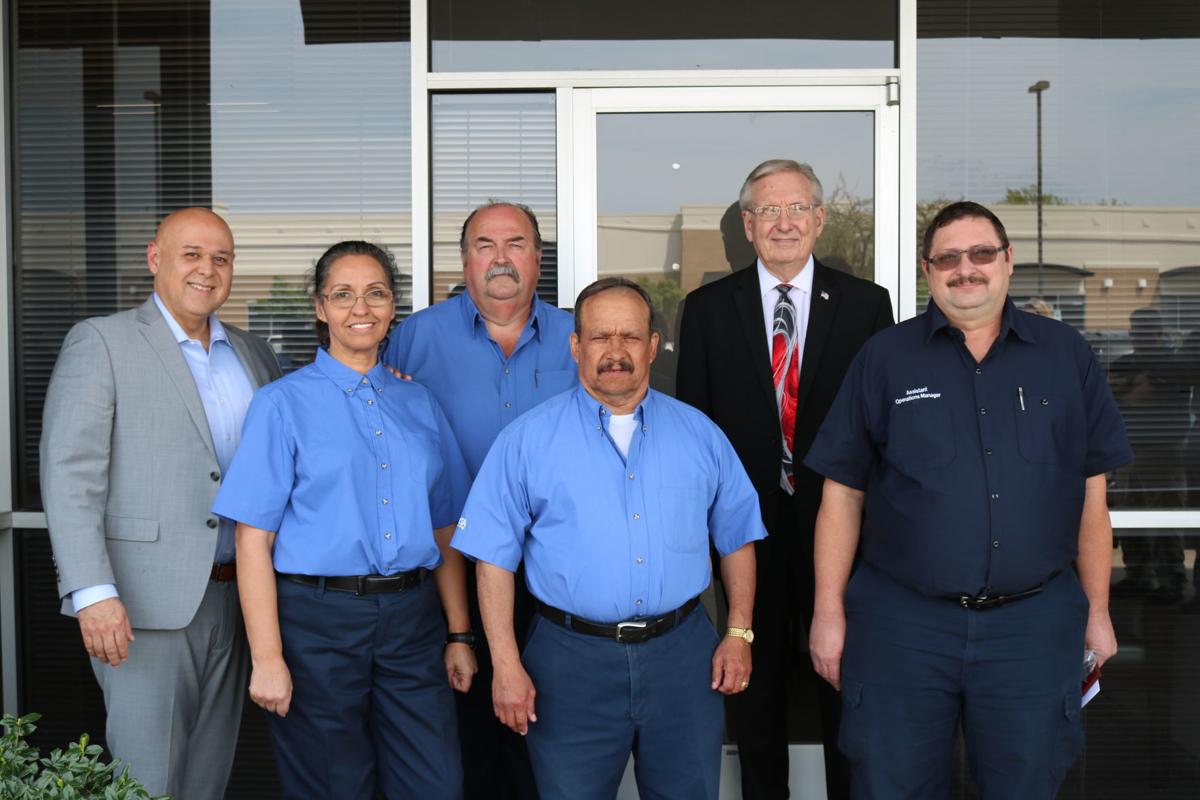 LEWISVILLE — The city of Corinth could soon take another swing at joining the Denton County Transportation Authority after making the pitch to build another A-train station there.

The DCTA board was briefed on the talks during its work session Thursday afternoon, after representatives from Corinth and DCTA recently rebooted talks. Tom Winterburn, Corinth’s representative on the DCTA board, said the current City Council is more amenable than previous councils.

“I feel good about the progress,” Winterburn said.

In 2006, Corinth was poised to join DCTA late. The transit agency was created when voters in Denton, Lewisville and Highland Village agreed to fund the agency with a half-cent sales tax in 2003; Corinth residents voted no. As the designs for the A-train came together, the leaders of North Central Texas College expressed interest in a stop near the Corinth campus. Eventually, the City Council was persuaded to call another sales tax election for DCTA in Corinth.

But the council was also deeply split. The week after the council vote, one council member changed her mind. The vote was reconsidered and the call for the election rescinded. Voters never got a second time at the plate.

While Corinth hasn’t grown a lot in the past decade, a significant amount of growth is coming, including apartment complexes and mixed-use developments. City Manager Bob Hart said a commuter rail station could both encourage redevelopment and stimulate new development in the city.

“The transit station is an integral part of this vision,” Hart said in an email. “As Corinth is becoming increasingly urban, it is important that we provide the transportation infrastructure necessary to move the community forward and maintain its economic competitiveness within the region.”

Corinth has proposed forming a tax-increment finance district along the Interstate 35E and the A-train corridor to help pay for the project. Such special taxing districts have proved effective in the past in capturing the increased value around a public improvement project and helping pay for it.

DCTA President Raymond Suarez said it’s too soon to say much about the project — from where the station might be located to how much the deal would cost to how long it would take before a new station could open along the line.

No other Denton County cities have joined since the agency was formed, in part because the equity Denton, Lewisville and Highland Village have in DCTA totals in the tens of millions of dollars.

Corinth may have to figure out how to fund not only the station and its operations, but other enhancements to the system. For example, the A-train’s 20-mile line between Denton and Carrollton has only one track in some sections, which can contribute to longer delays when there is an incident. A double track over Lewisville Lake would be among the biggest game-changers for the system by allowing more frequent runs, a feature that often boosts ridership, transit experts say.

The change comes just as the Texas Legislature is poised to change the agency’s board structure. Currently, all 14 representatives on the DCTA board are voting members, a carryover from the agency’s creation almost 20 years ago. The law, which could go into effect as soon as the end of April, would limit voting powers to the member cities and two county representatives.

The board is expected to continue with nonvoting representation from cities around the county and to have the option to bring new voting members on board after their cities join.