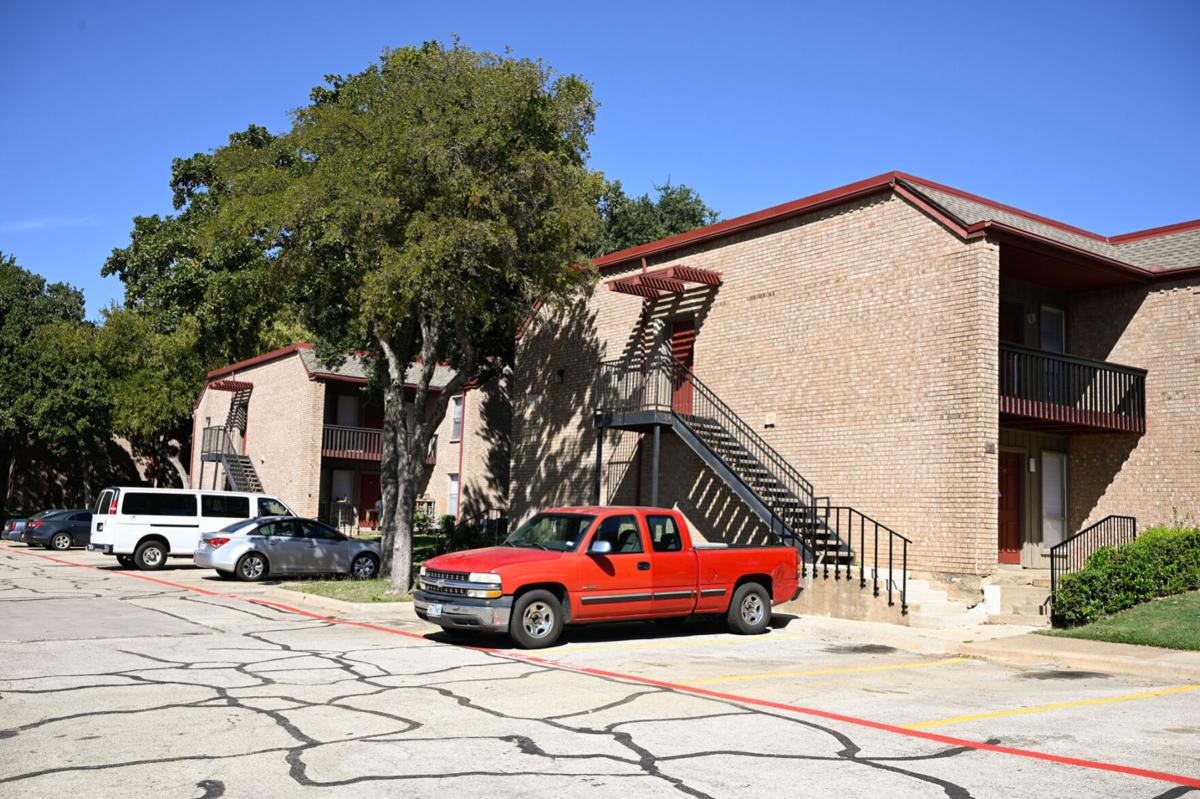 US Aviation Academy houses students in academy-provided apartments, including some in the 700 block of Londonderry Lane. Student Yan Yang lived in this complex before he committed suicide in April 2019. 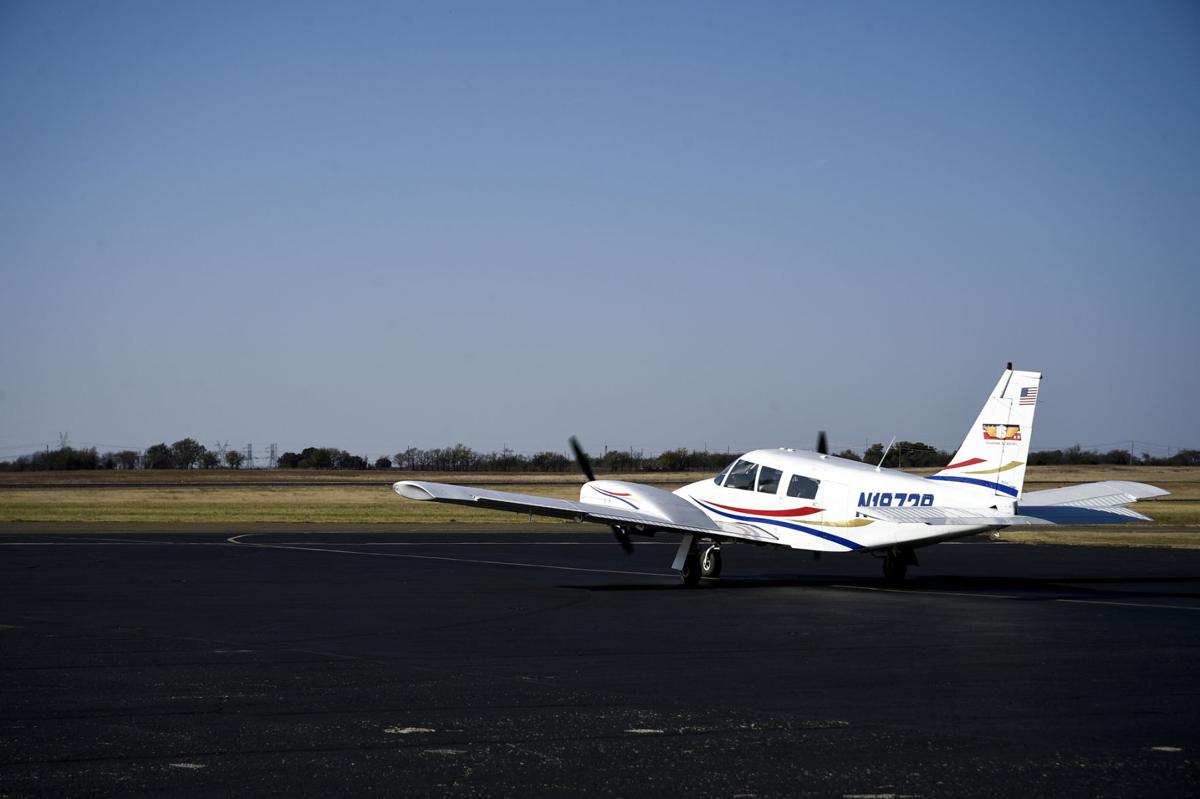 An aircraft maneuvers toward the runway for takeoff at Denton Enterprise Airport in 2018. 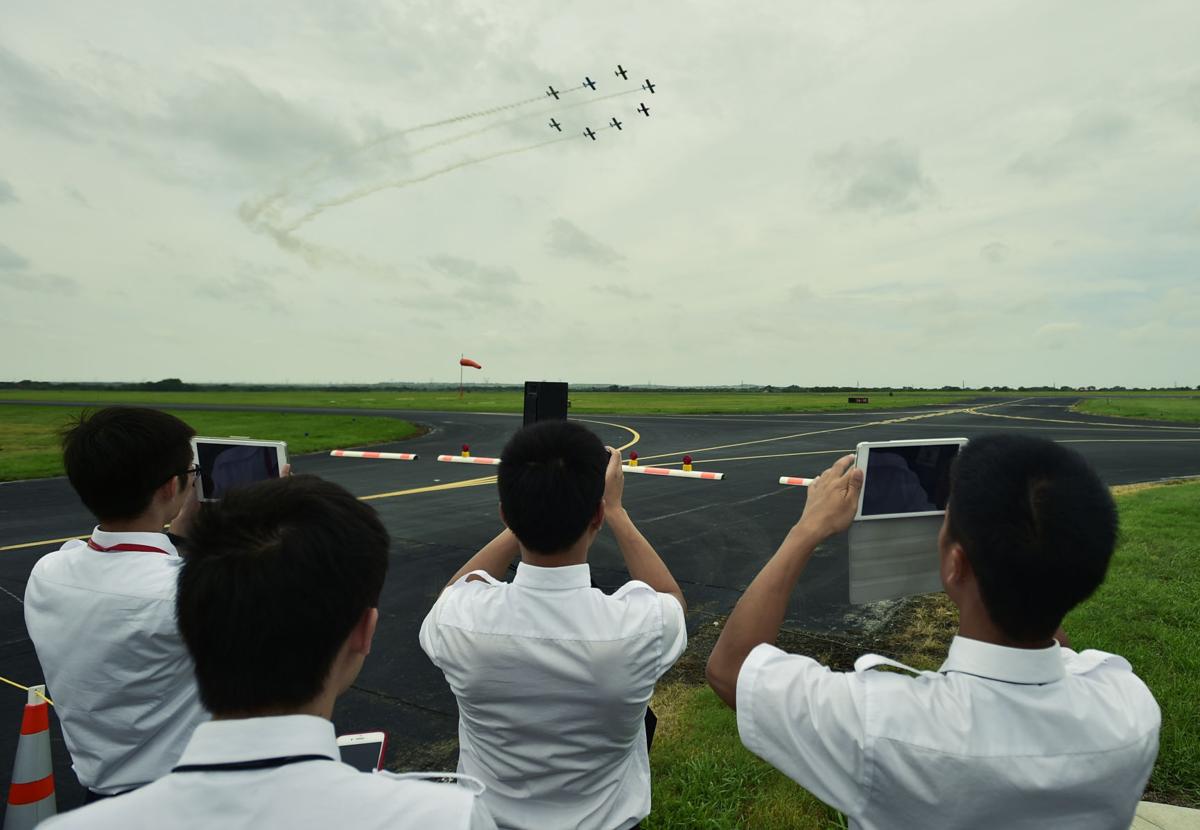 Students from US Aviation Academy take photos of the Falcon Flight Formation Team during the 2015 Denton Airshow. 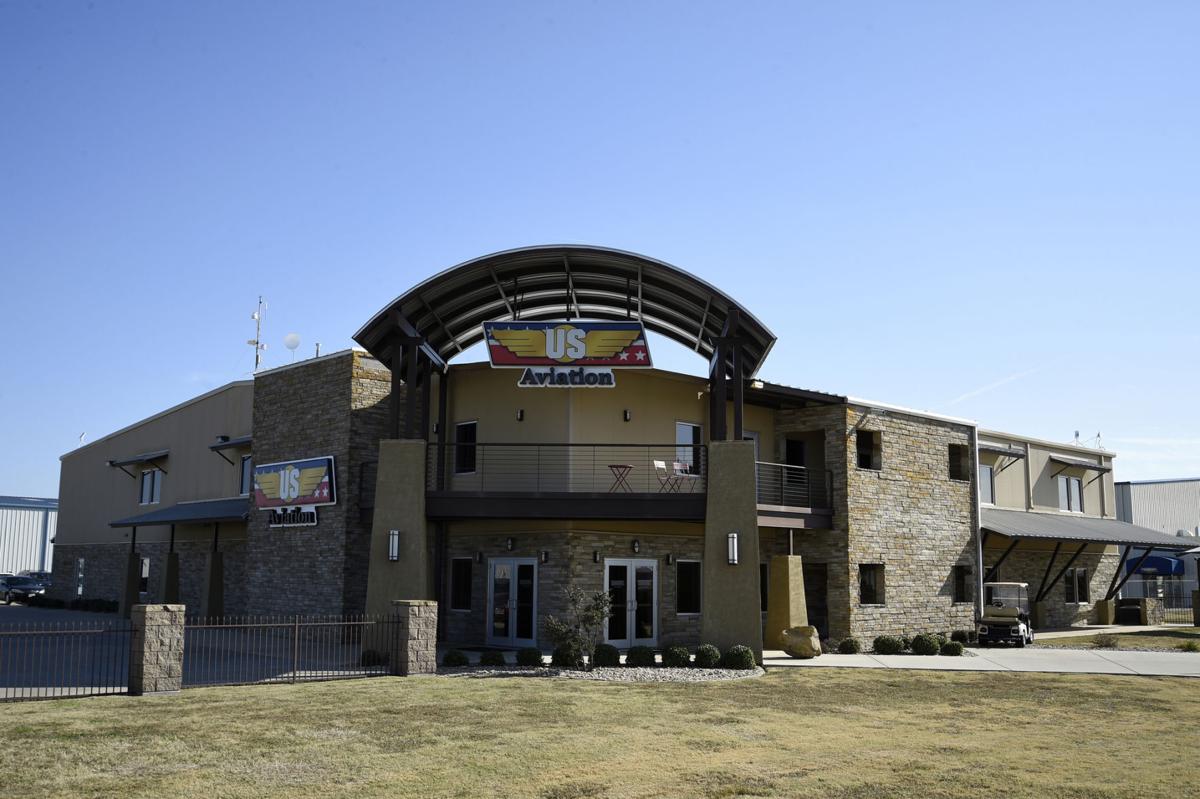 US Aviation Academy is one of the largest tenants at Denton Enterprise Airport.

US Aviation Academy houses students in academy-provided apartments, including some in the 700 block of Londonderry Lane. Student Yan Yang lived in this complex before he committed suicide in April 2019.

An aircraft maneuvers toward the runway for takeoff at Denton Enterprise Airport in 2018.

Students from US Aviation Academy take photos of the Falcon Flight Formation Team during the 2015 Denton Airshow.

US Aviation Academy is one of the largest tenants at Denton Enterprise Airport.

Yan Yang, a 21-year-old student, took his own life following a pattern of nationalistic harassment at US Aviation Academy in Denton, according to court filings.

Yang’s parents are now suing the academy for upward of $1 million, alleging wrongful death and gross negligence, among other things.

The arguments laid out in the filings allege a few broad things: That Yang was harassed by academy employees because of his nationality, that staff members declined to act on information that he was experiencing anxiety and depression because of how he was treated, that these actions led directly to his death, and that employees attempted to keep a witness from testifying after the fact.

Arguments also lay out a restrictive environment in which Chinese students must live in academy-provided apartments, cannot use any vehicles other than those owned by the academy, cannot take trips outside their apartments and must work harder than their non-Chinese peers just to get by.

The academy student handbook, included in court filings, makes clear that students are not allowed to drive or ride in any automobile or motorcycle not owned by the academy. The penalty for doing so is immediate termination. Students are meant to be able to coordinate a ride with an academy employee for errands or recreational activities, but that is limited within the handbook guidelines.

“Taking a trip by yourself or with a group of friends, away from your apartments, is not allowed,” the handbook reads. “This is for your safety.”

Yang’s death has not been any great secret over the past year. Social media speculation and analysis of his death on April 16, 2019, and its circumstances were widespread in the weeks following his death, but the documents filed in Denton County’s 158th Judicial District mark one of the first formal legal steps for Yang’s family.

One internet blogger posted a since-demonetized video to YouTube discussing the circumstances within two weeks of Yang’s death.

Mark Taylor, an executive vice president and co-owner of US Aviation Group, said he hadn’t seen the court filings when contacted by phone Monday afternoon.

He declined to answer specific questions about the case, citing legal advice. He declined to name the law firm the company had retained for the case.

Attorneys for Yang’s family did not return a request for comment.

Some of the most shocking things included in documents filed this past week include allegations of punishments doled out exclusively to Chinese nationals studying at the academy.

The academy’s student handbook makes clear English is the official language of the academy and no other language can be used on the campus or in academy vehicles.

The handbook listed a $50 fine for the first instance of speaking anything other than English. Other fines included a $75-plus charge for not keeping their apartment clean and a $75 charge for having alcohol in the apartment.

Fines double after each violation, according to the handbook.

Jianghao Lin, an academy alumnus and former mentor of Yang’s, said under oath that many of these rules were applied only to Chinese students.

“I have personally observed students from other countries, including Cambodia, Africa and Mexico, speaking their native language in front of [US Aviation Academy] staff and were never punished,” he said in a sworn affidavit.

Furthermore, he said under oath that former instructors admitted to him the academy “teaches instructors to mistreat the Chinese cadets and threaten termination as an intimidation tactic.”

Perhaps most damaging to Yang, according to legal filings, was the constant threat of expulsion exemplified through the occasional review boards he was subjected to. The review boards allegedly painted an inaccurate picture of Yang as a substandard student who was falling behind.

Yang, and other Chinese students, would then be required to sign the reviews, thereby agreeing to the misleading charges under intimidation by academy employees, according to the allegations.

Yang and his family lived in a small village near Huai’an, Jiangsu Province, China. Like many international students, Yang’s schooling was paid for by a foreign airline under the assumption he would pass his certifications and work for the airline after graduation.

Students who don’t graduate from the US Aviation Academy are stuck with picking up the tab for their education without the prospect of a lucrative aviation job.

Filings argue the academy had a financial incentive to kick students from the program early to make room for the next student.

Liu, in his affidavit, said he personally reviewed all four of Yang’s review boards.

“Each Review Board contains numerous inaccuracies and misrepresentations regarding Yan’s performance at USAA,” he said.

Liu also stated the academy, after finding out he planned to testify in pending litigation related to Yang’s death, rushed him through the program in hopes of graduating him early and sending him back to China before he could testify.

Attorneys for Yang’s parents claim intentional infliction of emotional distress, gross negligence, negligence and wrongful death and seek “monetary relief over $1,000,000.00 and non-monetary relief, in addition to all other relief to which Plaintiffs may be justly entitled.”

They request an eventual jury trial. No such trial was listed in Denton County court records Tuesday afternoon.