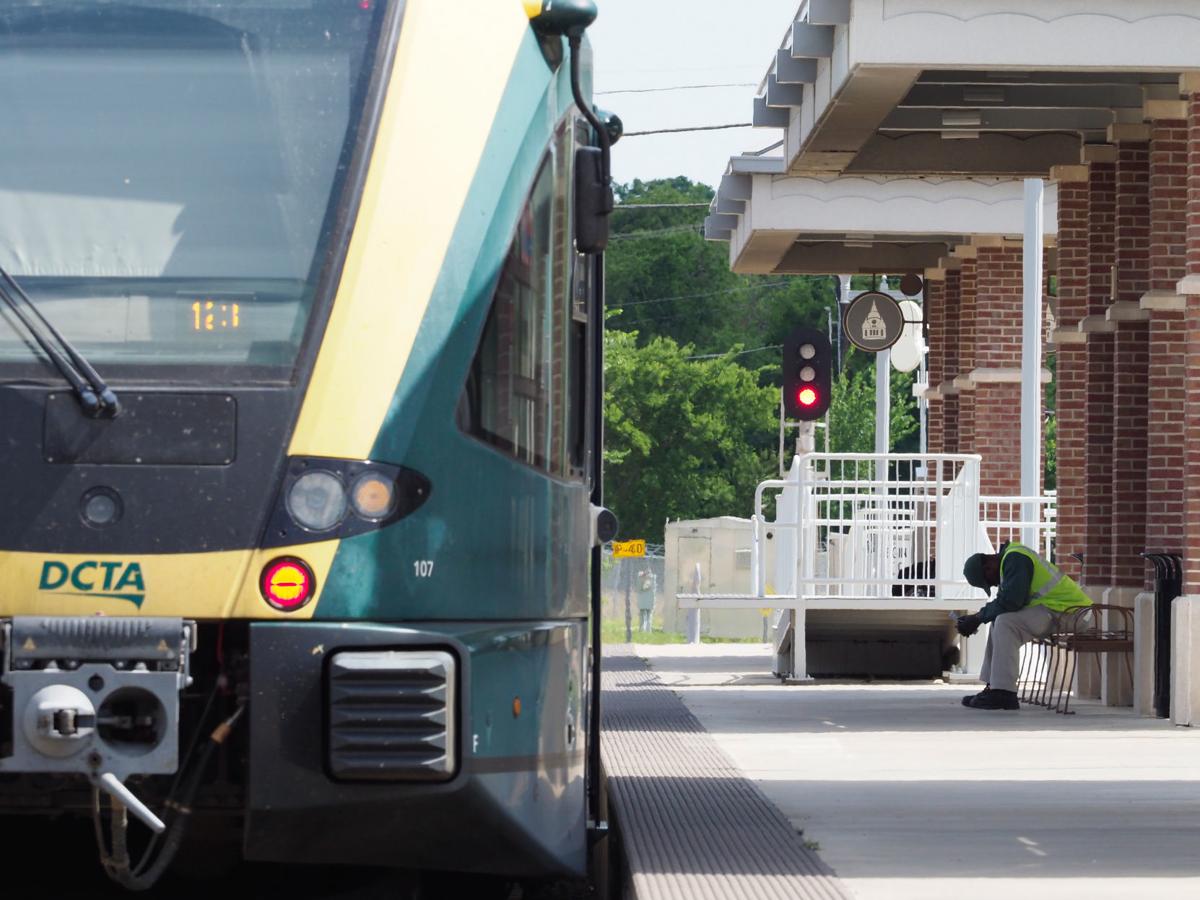 A Denton County Transportation Authority employee waits for passengers to board the A-train at the Downtown Denton Transit Center on Wednesday. 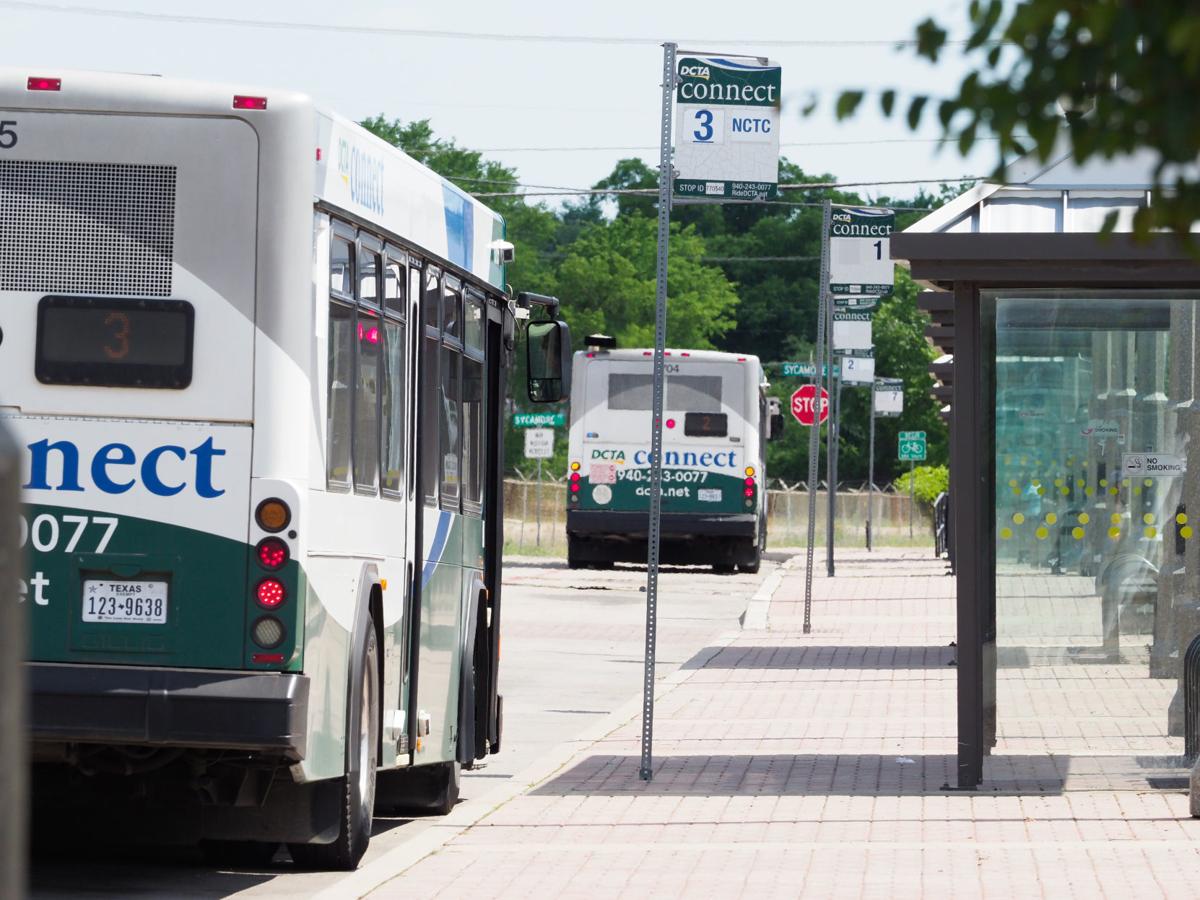 DCTA drivers wait for passengers to board a bus at the Downtown Denton Transit Center on Wednesday.

Some people call it the “ghost train.”

A-train ridership had been sliding since 2014, down to about 31,000 boardings per month before the pandemic. That cratered to 5,000 in April — or about three riders per train — after COVID-19 turned cars and trucks into personal protective equipment.

The Denton County Transportation Authority reduced A-train service in late March as a cost-saving measure, but suspending train service altogether may not be an option, DCTA staff told the board during its monthly meeting Wednesday afternoon.

In other words, the agency can do what cities and counties can’t do with CARES money — use it to offset income losses and over several years.

The DCTA board approved a $1.45 million budget amendment Wednesday, perhaps the largest in the agency’s history, according to the finance staff. DCTA expects big losses in sales tax revenue for the rest of the year. But it also can tap the federal money to pay the operating expenses that would have been underwritten by the sales tax.

The budget amendment incorporates a lot of big changes — staff cuts that range from a vice president all the way down to bus and train operators, service cuts that save on fuel costs, and delayed capital improvement projects that trigger general savings.

Earlier this month, DCTA cut 8.5 positions from the front office, including four full-time staff and two interns. The other posts were vacant. The A-train reductions furloughed nine employees, and bus service cuts furloughed another 39. Many of those jobs may not return.

Current service levels mean nearly empty trains and buses, which help with social distancing, but also mean riders must plan more carefully and may still wait an hour for a ride home.

DCTA President Raymond Suarez recommended that the cuts stay for the time being.

“The ridership right now doesn’t necessitate the service that’s out there,” Suarez told the board. “We can hold this service level unless something suggests otherwise.”

People may also be afraid to ride because of news reports from other cities, where bus drivers and other transit employees have become sick and died from coronavirus, Suarez said. But so far, no DCTA driver or operator has contracted the virus.

The local spending reductions, in combination with the federal underwriting, could keep the agency in a strong position to bounce back when people are ready, the staff said.

And to the surprise of board members, the agency may also be in a position to help its member cities (Denton, Highland Village and Lewisville) if sales tax revenue bounces back faster than ridership does.

Board members agreed to dust off old revenue-sharing policies from back when DCTA was first founded but before the train was running. For a brief time, DCTA had excess sales tax revenue that it could devote to transportation projects in Denton, Highland Village and Lewisville. The revenue-sharing would be restricted to transit projects, but that could mean help with things that often get shelved in hard times, such as new sidewalks, bike lanes and more.

Suarez cautioned that even though it will be hard to predict people’s behavior in the coming months, the agency also needs to pay close attention to what happens at the University of North Texas, Texas Woman’s University and North Central Texas College.

A large percentage of the agency’s ridership — several million boardings each year on DCTA trains and buses — happens there. Thousands of students, faculty and staff travel to and from campus, and around Denton, the county and the region via DCTA buses and the A-train.

“Let’s not peel service back so far that it defeats the purpose,” Suarez said.

During its monthly meeting Wednesday, the DCTA Board of Directors also: