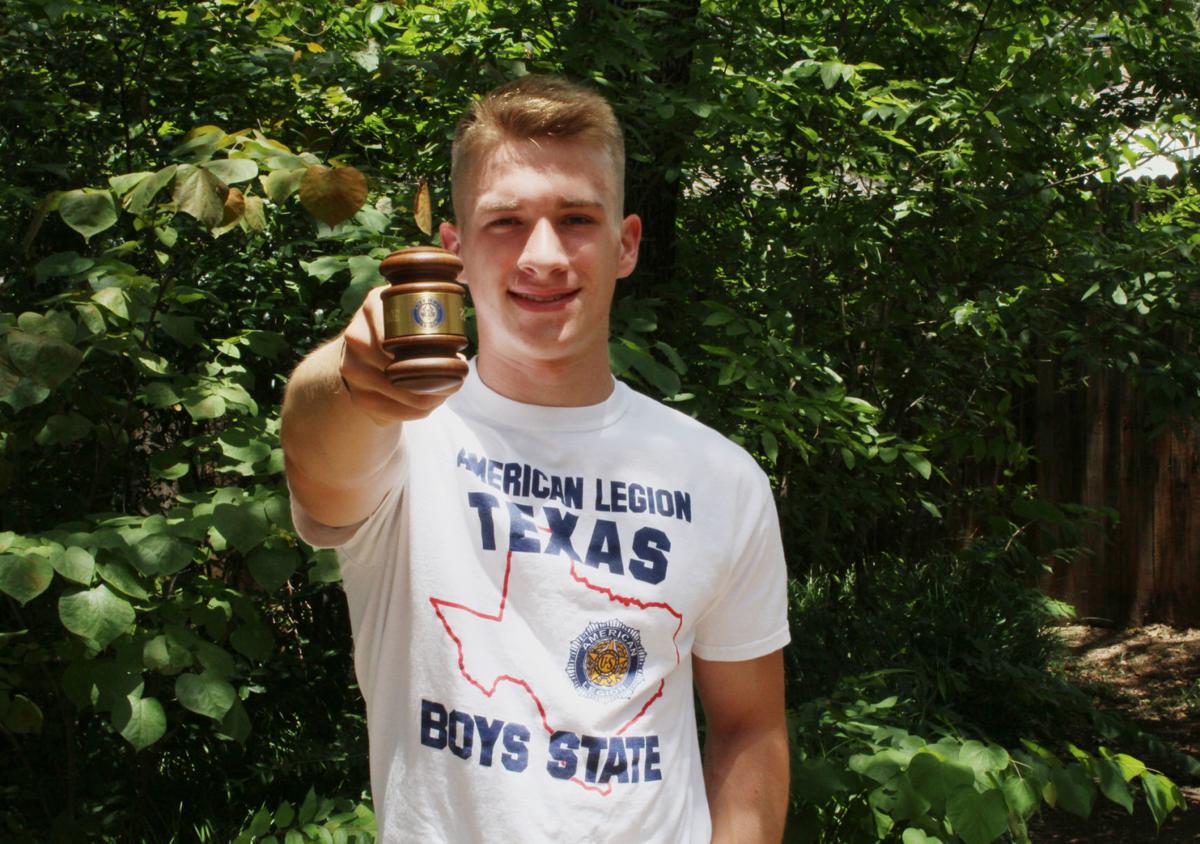 Max Safranek was elected governor at Texas Boys State in Austin during the annual event in June. He’s shown outside his home in Denton with his ceremonial gavel, which he received when he was sworn into office. 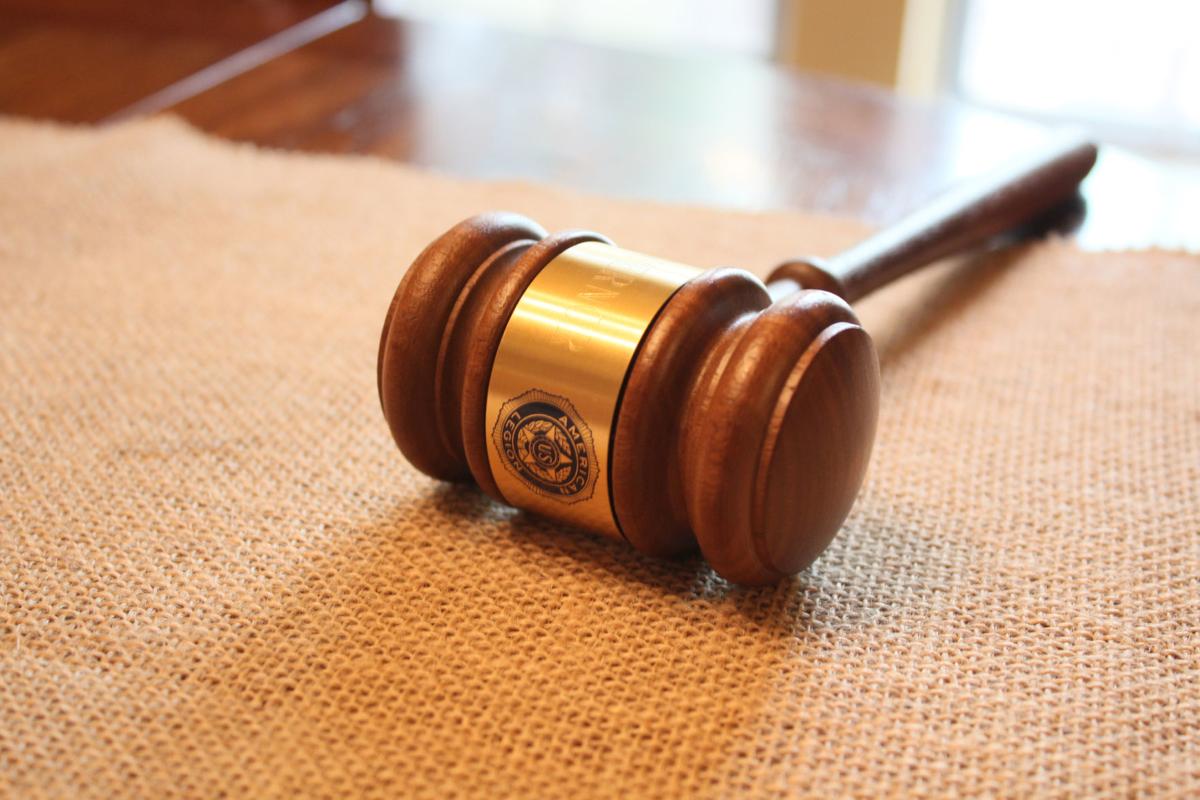 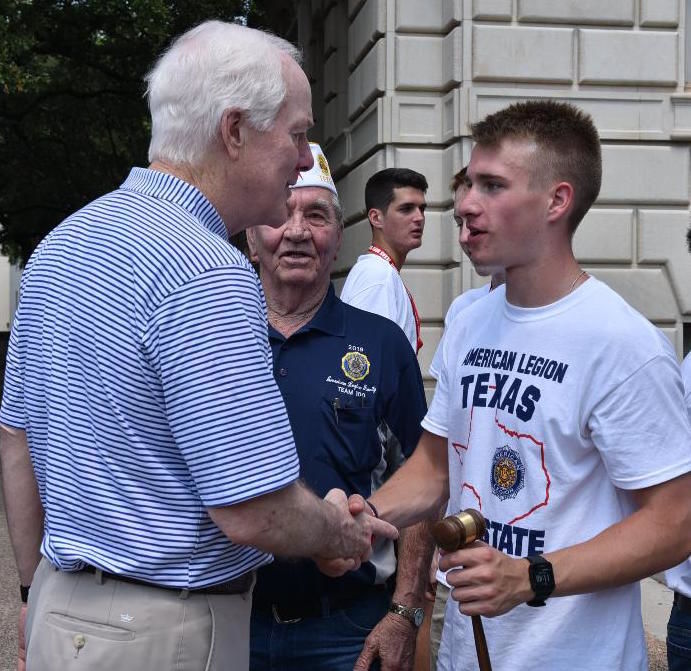 Max Safranek was elected governor at Texas Boys State in Austin during the annual event in June. He’s shown outside his home in Denton with his ceremonial gavel, which he received when he was sworn into office.

Max Safranek, 17, has a whiteboard in his bedroom and a governorship under his belt — he’s a leadership junkie.

He was recently sworn into the office during the annual Texas Boys State event in June.

In addition to Boys State, the soon-to-be Denton High School senior has attended the Summer Leadership Experience hosted by the U.S. Military Academy in the West Point, New York; the Summer Seminar hosted by the U.S. Naval Academy in Annapolis, Maryland; a mission trip to St. Louis, Missouri; and a Denton Junior ROTC summer camp, where he served as an organizer.

That all happened this summer, and Safranek has plans to attend a leadership camp at Texas A&M University before school starts back in August.

Since school let out in late May, Safranek has measured his time of relaxation in days, not weeks.

“What do most kids want to do?” John Safranek, Max’s father, said laughing inside their Denton home. “It was time to relax, not do work, maybe think about a summer job, go to the pool, but what does he do?”

Max Safranek was helping coordinate a Junior ROTC camp within a week of the school year’s end.

The mock government’s highest office was in Safranek’s sights long before he arrived at the Austin campus on June 9. He began making connections and campaigning on the bus ride over.

He’d even decided weeks before that to try for the governorship, seeing it as a test of his leadership abilities.

Humble, quiet and respectful, Safranek hopes to one day put his leadership experience to work as a military officer in special operations forces.

While neither of his parents has served in the military, his family has a tradition dating back generations. Additionally, his entire life has been lived post-9/11.

Couple that with what he thinks might be a God-given drive, and you have Max Safranek.

He has aspirations of attending West Point or Annapolis after graduation, but not just anybody can apply. Out of several paths available, he’s hoping to get a recommendation from a legislator.

That means he’ll spend part of his shrinking summer recess filling out applications for the honor from U.S. Rep. Michael Burgess, R-Pilot Point, and Sens. Ted Cruz and John Cornyn.

Much of Safranek’s life for the past several years has been devoted toward his goal of becoming a military officer. He’s undecided on what branch he’d prefer.

In order to craft himself into a prime applicant, Safranek forwent participating in his favorite sport, baseball, in favor of cross country and water polo.

Additionally, he dropped everything for a couple weeks this past year to bring his SAT score up to a competitive level. Those efforts placed him within the 99th percentile of test-takers.

“There’s nothing unique about my son other than he works extremely hard at achieving the goals that he sets for himself,” John Safranek said, beaming with pride.