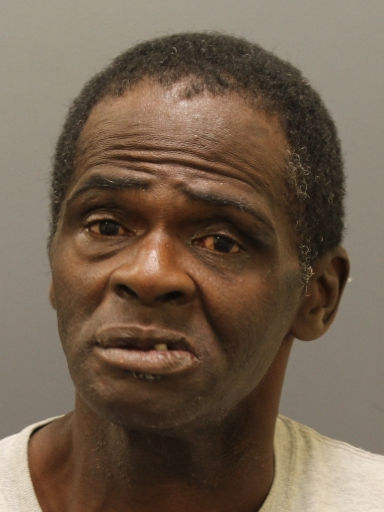 A man was arrested after he allegedly headbutted an officer Saturday evening at a local hospital in the 3500 block of South Interstate 35, according to a police report.

Denton Police Department spokesperson Allison Beckwith said officers were notified by hospital security of a man who was refusing to either identify himself or leave the property. Police said the man claimed to have just used his cellphone to have somebody pick him up but when asked to call his family again, the man said he “didn’t have a phone.”

Beckwith said police notified the man that he could not stay on the premise, but he continued to ignore officers, prompting them to detain him for criminal trespass.

As officers reached for his wrist, the man said, “I’m gone,” and took off.

However, after a short pursuit, Beckwith said officers caught up to the man who continued to struggle while he was being detained. She said that during a search, police located a clear baggie containing a pipe commonly used for smoking meth, including residue that tested positive for methamphetamine.

During the search, she said the man headbutted an officer, causing noticeable pain. The officer did not seek medical attention and is reportedly doing “fine.”

In addition, Campbell was charged with criminal trespass, evading arrest/detention, resisting arrest/transport, including possession of a controlled substance of less than one gram.

6500 block of Shady Shores Road — A man was arrested after allegedly assaulting a woman and interfering with attempts to contact emergency authorities Saturday night, according to a police report.

Beckwith said that upon officers arriving on scene and speaking with the two individuals, the woman said a verbal altercation resulted in her being strangled. Beckwith said the woman reported that she was “unable to breathe” and thought she was “going to die.”

When she attempted to call police, she said the suspect refused but that the incident was caught on cell phone video, which was given to police as evidence. In addition, Beckwith noted that officers observed red marks on the woman’s neck and large red and purple bruises on her arm. The woman also reported that the man had allegedly restrained her from contacting neighbors.

Beckwith said the suspect, a 25-year-old man, was arrested and charged with assault family household/impede breath/circulation, including unlawful restraint and inferring with an emergency call.

1600 block of East McKinney Street — Denton police found a man, who allegedly violated a protective order, hiding inside the crawl space of the protected party’s attic Saturday night, according to a police report.

Beckwith said officers were dispatched to a domestic disturbance following an emergency 911 phone call that ended abruptly and that upon arriving on scene, a woman could be heard screaming. Beckwith said that officers banged on the apartment door and repeatedly identified themselves as police until a woman with blood on her face came to the balcony.

While no one was reportedly inside the home, Beckwith said that a 31-year-old man was located hiding inside the crawl space of the attic. In addition to violating a protective order, Beckwith said that, following an earlier incident, the man was also charged with continuous violence against family, because of two or more previous arrests for family violence.

From 12:01 a.m. to 11:59 p.m. Saturday, the Denton Police Department handled 523 service and officer-initiated calls and made eight arrests.