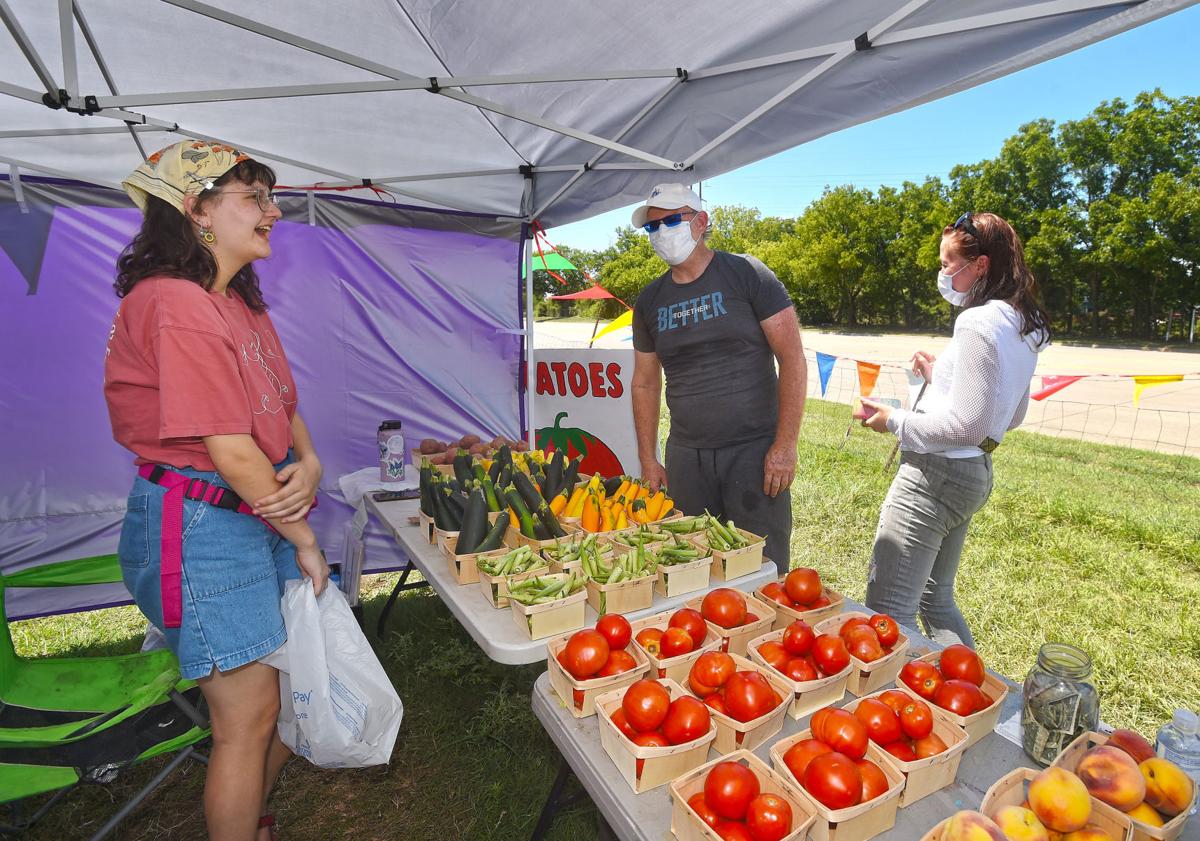 Dirk and Natalie Lieb purchase veggies from Sarah Coomer Sunday at Denton’s first Farmstand, which sells fresh local produce, on US 380 about a mile east of Loop 288. 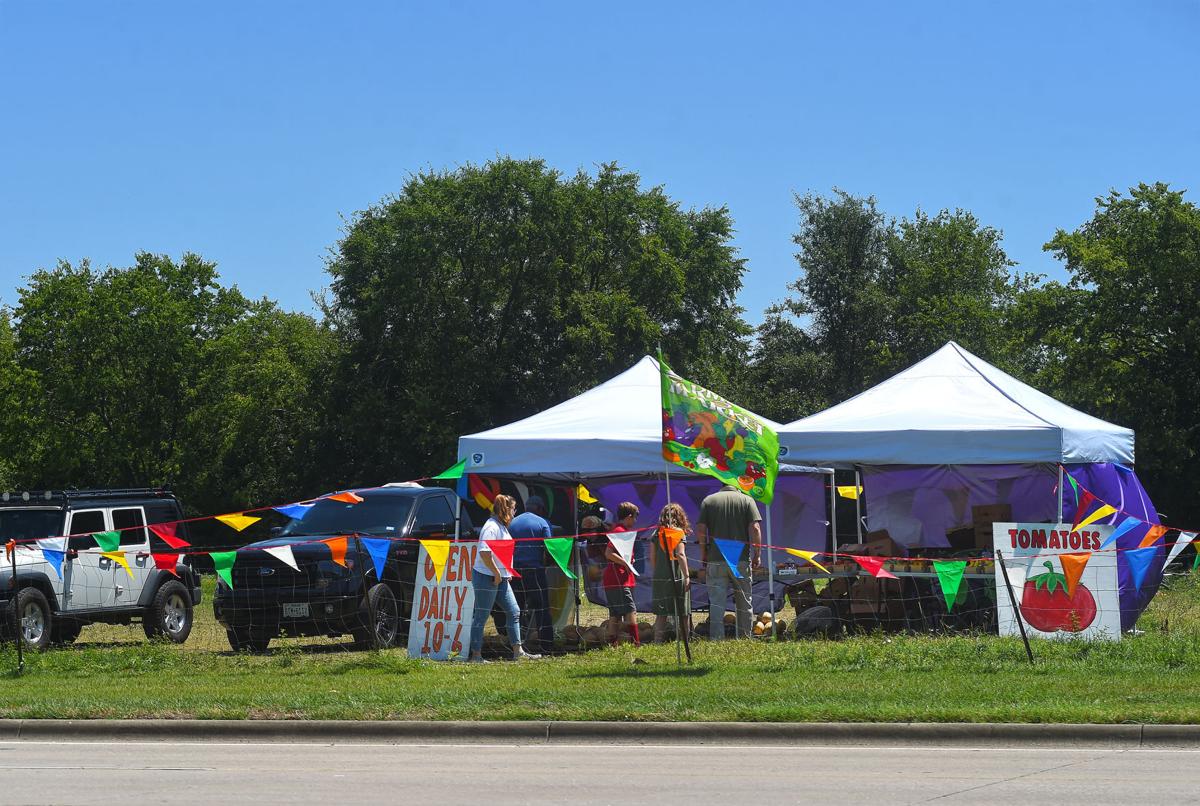 Dirk and Natalie Lieb purchase veggies from Sarah Coomer Sunday at Denton’s first Farmstand, which sells fresh local produce, on US 380 about a mile east of Loop 288.

Misty Moon Farms, an Argyle-based farm and food delivery company, has opened a produce stand in Denton on U.S. Highway 380.

Rudi’s Farm Stand, which opened for business Wednesday, is located on the eastbound side of Highway 380, about a mile east of Loop 288. The stand is open Tuesday through Sunday from 10 a.m. to 6 p.m. and sells produce ranging from watermelons and cantaloupe to tomatoes and okra.

Misty Moon participates in various markets, including the Denton community market held on Saturdays, but the stand differs in that it’s open for regular hours throughout the week. Additionally, owner Ross DeOtte said about 50% of the proceeds from the stand will be put toward Denton non-profits.

Misty Moon greenhouse manager Libby Brookshire said the stand has been doing good business since its opening. She said she began working at the farm in May and that it has thrived in the face of the coronavirus, in part because the business doesn’t just grow food, but delivers it as well.

“It’s been fortunate for us how we’ve been able to stay open,” Brookshire said. “People have to eat, so everyone is keeping us afloat.”

DeOtte said Misty Moon is continuing to expand in the midst of the outbreak.

“It’s been busier than ever,” DeOtte said. “Right now, people have a need to connect with where their food comes from more than ever before.”

As for the stand itself, DeOtte said the local community has been supportive and that results have been in line with his expectations.

“The community has been very excited about it,” DeOtte said. “We’ve had a lot of people come and try our melons with the story of, ‘We don’t like the ones we get at the store, they don’t have any flavor.’”

DeOtte said the stand will also be open Monday, Aug. 3, as it tests the waters for operating on an additional day of the week.