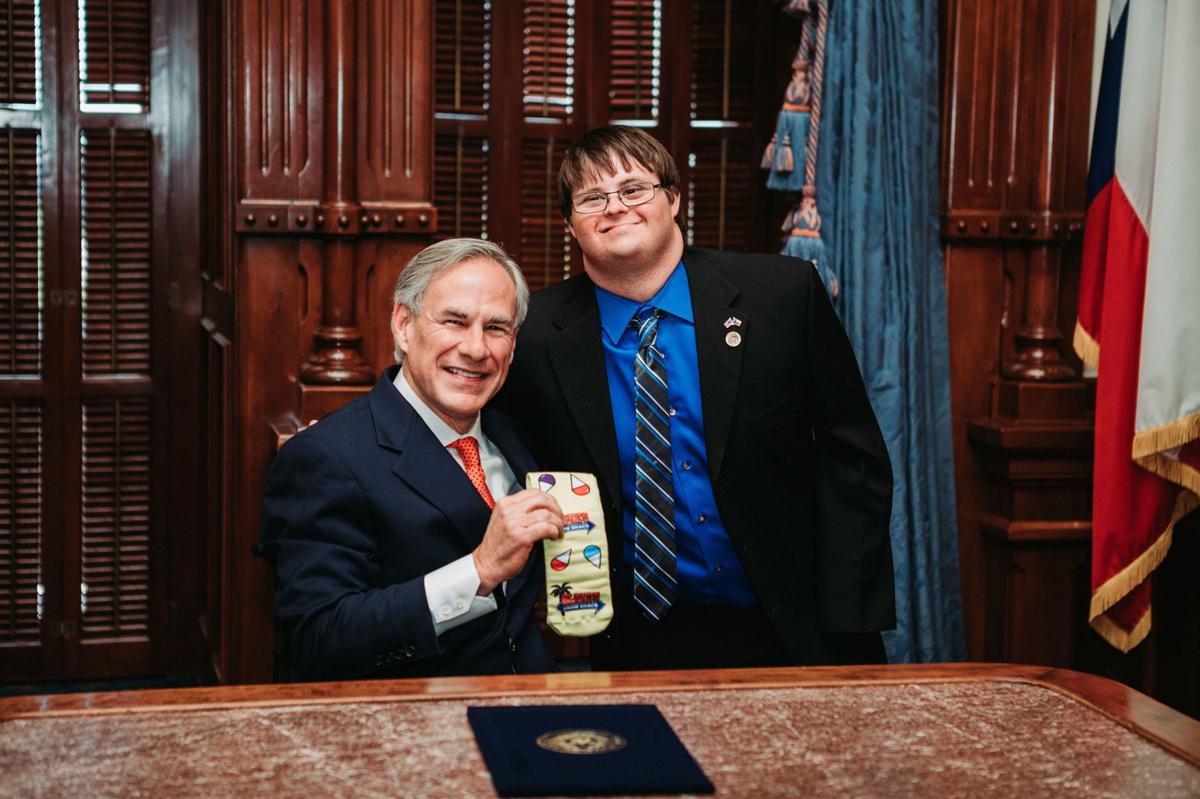 Blake’s Snow Shack owner Blake Pyron, who has Down syndrome, joined Gov. Greg Abbott on Friday in Austin as Abbott signed into law Senate Bill 753, which reforms Texas’ Purchasing from People with Disabilities program to require that all participating contractors that employ people with disabilities pay at least minimum wage. Abbott is shown holding a pair of custom-made socks displaying the logo of Pyron’s business. 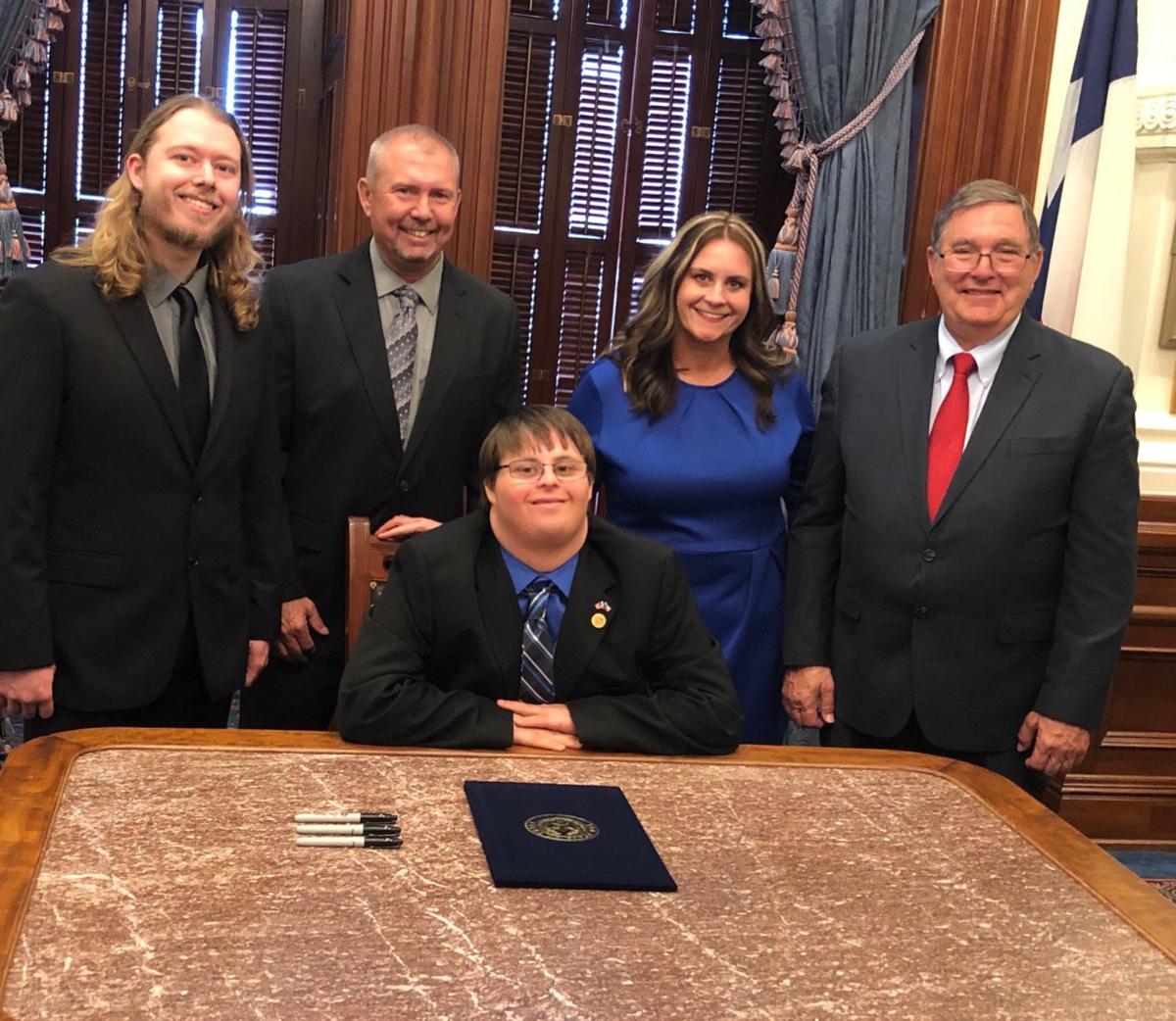 This story has been updated to reflect that state Rep. John Raney, R-College Station, and state Sen. Joan Huffman, R-Houston, co-filed the bill.

Texas workers with disabilities will now earn at least minimum wage thanks to Senate Bill 753, a bill that was passed by the Legislature in May.

“As Texans, we brag about our strong economy and how well people are paid,” Mary Ann Pyron said. “We want that to include everyone.”

Over the years, the Pyron family has formed a close relationship with Burgess, who flew to Austin from Washington to attend the signing ceremony.

“All people have inherent worth, and this law makes certain that each person’s value is recognized,” Burgess said in a news release.

Mary Ann Pyron said most people are unaware that many disabled workers earn considerably less than the federal minimum wage.

Employers must adhere to the mandate by no later than Sept. 1, 2022, according to the bill. State Rep. Lynn Stucky, R-Denton, who was a joint sponsor of the bill, said the Legislature needed to ensure that all hardworking Texans are paid fairly.

“Companies that benefit from these state contracts will no longer be able to take advantage of Texans with intellectual and developmental disabilities by paying them less than minimum wage,” Stucky said in an emailed statement.

Blake Pyron is no stranger to the limelight. In 2016, he became the only person with a disability in Sanger to own their own business after he opened Blake’s Snow Shack, a snow cone stand. Plus, he was the youngest business owner in town.

Blake’s Snow Shack got a boost in publicity later that year after a Texas NASCAR team placed the business’s logo above its car’s rear tires.

Mary Ann Pyron said the pride she has in her son is immeasurable. He’s ecstatic to be leading the charge for fair pay for disabled persons everywhere, she said.

“We felt like we made something that was wrong for so many years; we turned it into a right,” she said. “There’s still more work to do, but at least we’re getting something done.”

SIMONE CARTER can be reached via Twitter at @SimCartTweets.