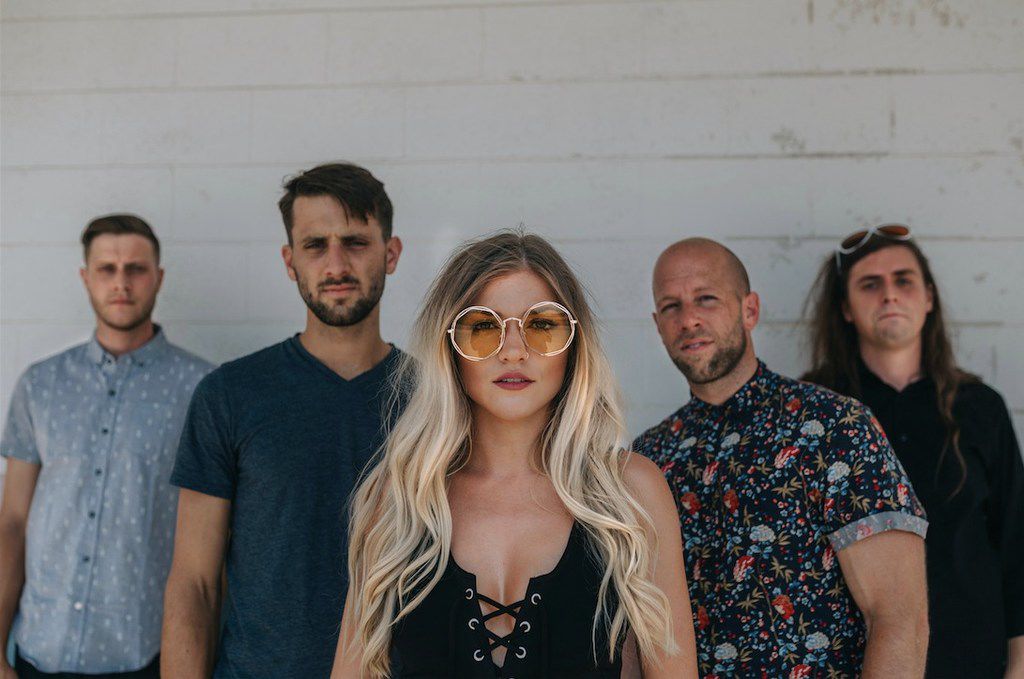 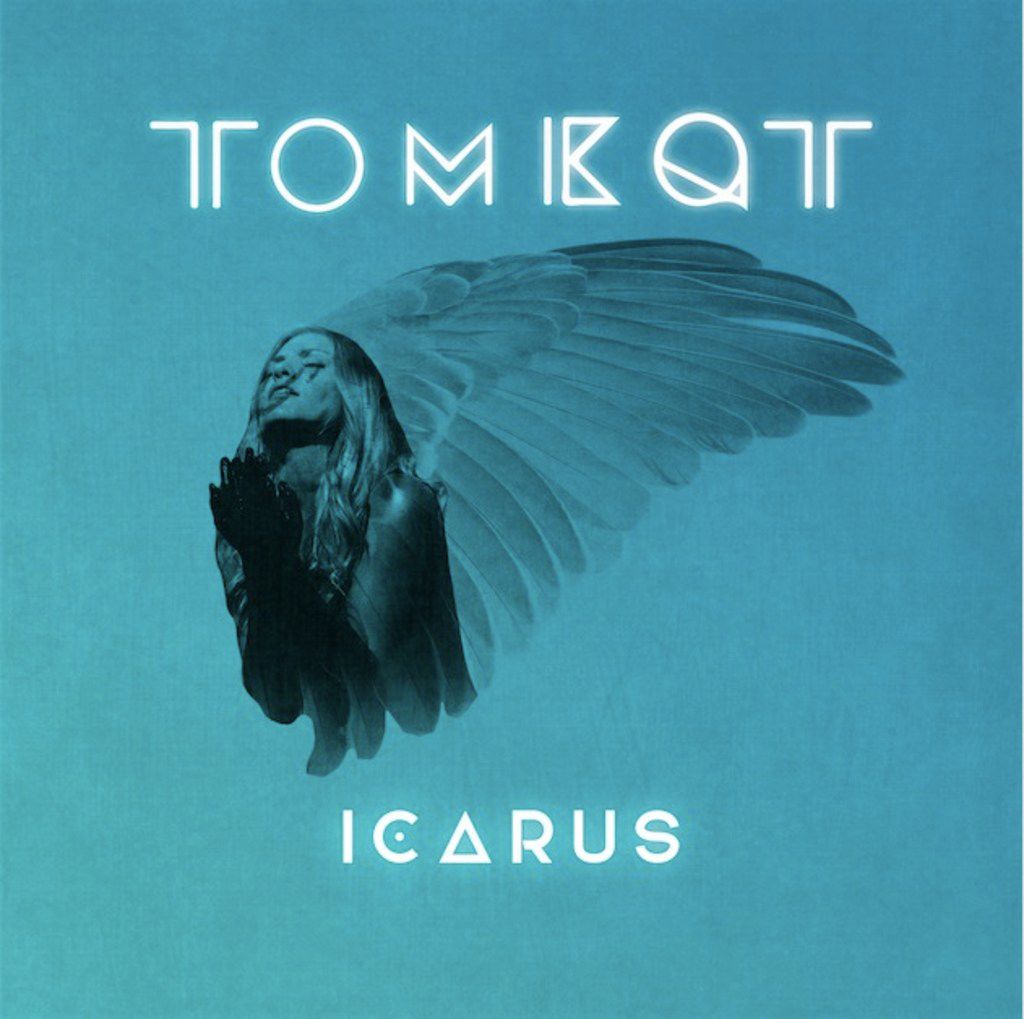 Denton groove-pop quintet Tomkat got a little ambitious on its first full-length album.

Icarus, an album about the epic feelings that charge the undercurrent of  human experience, drops Friday. And when it does, Denton music buffs get a debut that snazzes up deep, poetic themes with radio-ready grooves.

Icarus dabbles in jazz without getting too esoteric, and stays on the heady side of pop with keen electronic flashes seasoning the tracks. Driven by bassist Mike Luzecky's sense of rhythm, and buoyed by lead singer Katrina Cain's crystal-clear vocals and pop sensibilities, Icarus is the kind of record you can groove to while cooking. But it's got a lot to offer the headphone junkie, too.

Icarus  plucks the richest tales from Greek mythology — Icarus, who flew too close to the sun, Persephone, the lovely daughter of Zeus, and Demeter, abducted by the infatuated Hades and, finally, the phoenix, the bird that never dies but routinely has to endure a fiery not-so-final act. Pompeii, that storied city to the north, gets a track. But if Tomkat can make hay with the phoenix, the band can dig just as deep with a metaphor of a civilization buried by volcanic ash.

Tomkat came together in 2015, when Cain and Luzecky were hanging out at the University of North Texas College of Music, where both were studying jazz. Cain met guitarist Andrew McMillan, a fellow UNT student who was studying classical guitar.

"I was doing singer-songwriter stuff," Cain said. "I knew Mike from jazz and we met Andrew, and he was like, 'If you want to start a band, I'd be into that.'"

Luzecky said the band's backstory might not be dramatic, but it's a reliable one.

"We all like spending time together, and to me, the best music is done by friends playing together," he said.

Everyone in the band, which includes Jonny Harmon on drums and Trenton Hull on keyboards, is a full-time musician. Cain pays the bills recording choir demos for public school choir programs, and Luzecky freelances, as does Hull. Harmon teaches drums.

A lot of bands insist they don't fit neatly into a genre, but it's especially true of Tomkat. With a sound that is cosmopolitan and polished, the band wears its jazz influences freely. Harmon and Luzecky switch up the rhythm on "Phoenix" and keep it from being an easy-listening standard. And Cain's vocals — she sings melody and harmony — wear a great big vocal jazz badge.

But there's enough melody and shrewd synthesizer to keep Icarus from being an inaccessible, chilly collection of niche tracks. All of the musicians have a buttery delivery. Cain's vocals are lissome and velvety — reminiscent of Sade's uncomplicated tone and Kaela Sinclair's understatement. Luzecky's jazz chops show themselves when he grooves steady and then switches up the tempo without a stumble. Harmon can hit the skins, but with Tomkat, he takes a more subtle approach than a more typical rock drummer.

"I love so many different kinds of music," Cain said. "I've always liked standards — like Sinatra — and that's the flavor I write in, mostly. I tended to to write in that flavor even when I was studying. That's one of the things I like about working with Mike, is that it gets me out of that box."

Icarus leans on Cain's songwriting, Luzecky said, but the final sound of the record relied heavily on the stylings of the other band members. Denton audiophiles will appreciate the mixing and mastering work Echo Lab's Matt Pence did on the record.

"Early on, Katrina will come in with a fully formed idea or a harmonic structure, and one of us will take that structure and add to that," Luzecky said. "The rest of us will put the icing on it."

The band wasted no time making a three-track EP, Big Love. The title track made it into the film adaptation of James Franco's novel Actors Anonymous.

Cain said band members knew making an album would be a commitment, but they were enjoying making music together and they had a fan base.

"We had a lot of people who wanted music in a listenable, purchaseable form," Cain said.

Buyers will get what they wanted: an album by a group that fluently pays tribute to its members' influences — neo-soul, jazz, pop and electronic sounds. "Human" is probably the most pop track on the record, and "Pompeii" braids an indie sensibility into a shadowy electronic tune.

"Persephone" showcases Cain's considerable voice; she's as strong in the uppermost reaches of her soprano range as she is in the more radio-friendly mezzo runs on the impeccable "Drowning." (And there's something lovely about hearing Cain hit high notes as Hades asks the mythological lady to declare her love, even as they head for the underworld.) Jazz fans are sure to dig "Ties," both harmonically and rhythmically.

"It just covers all of these bases," McMillan said. "If you're a real ethno-musician, there's  bunch of stuff in there to like. But that's the same thing a lot of people won't like in the release, too."

The band members said they're happy to have a full-length album ready for release.

"Making music together is not hard," Cain said. "Making a record, doing the business, not having management or a label — that's hard. But one thing that's come about from this is that I don't consider this a project anymore. This is a career."