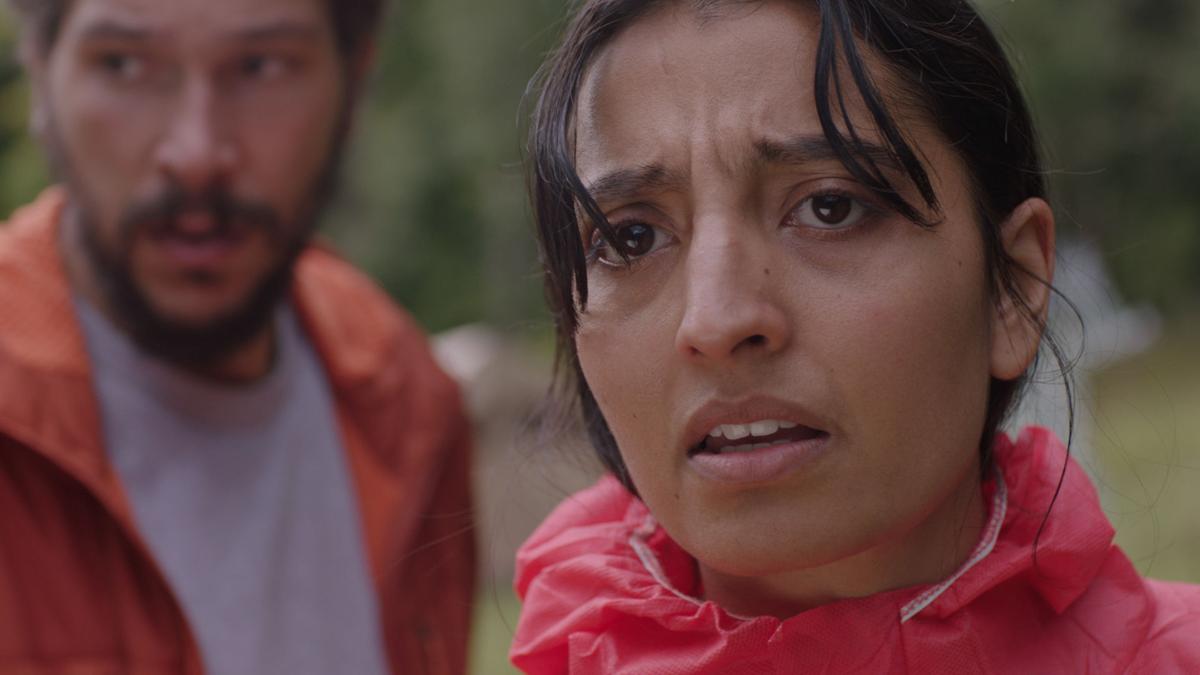 Joel Fry and Ellora Torchia play a scientist and park ranger, respectively, who venture into the woods on a routine equipment run during a pandemic. The journey is complicated by jarring and unsettling sights and sounds. Photo courtesy of Neon.

John Hollingworth plays the role of James in 'In the Earth,' a story about something sinister in the woods. Photo courtesy of Neon. 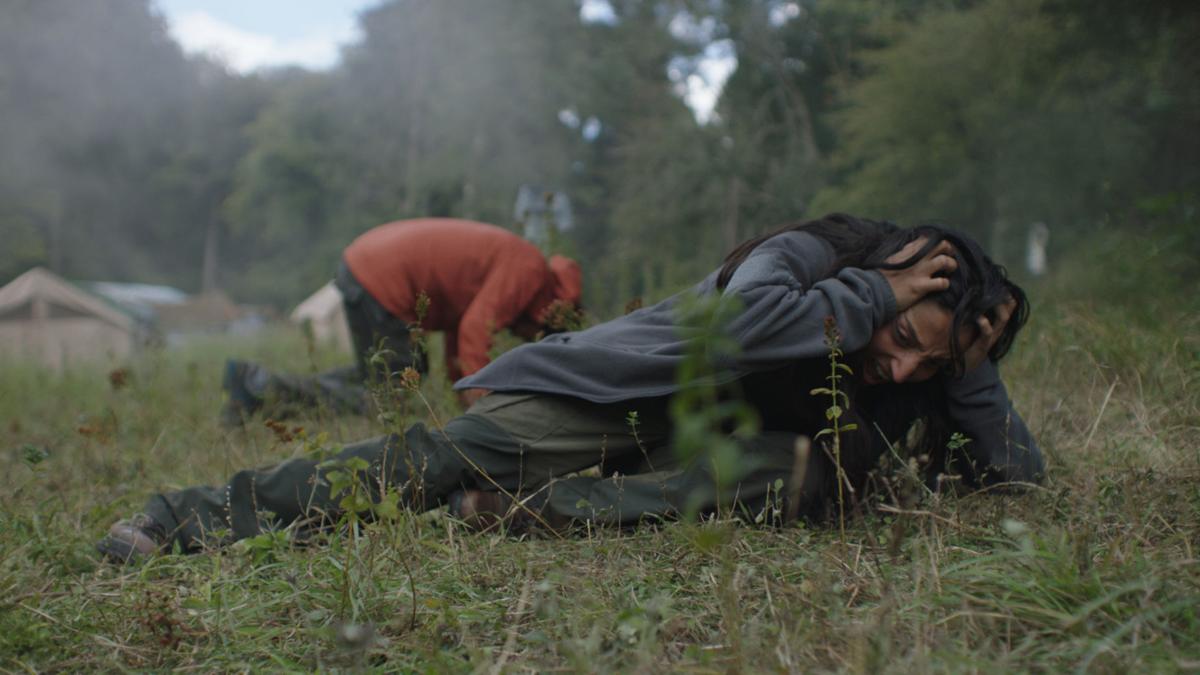 Joel Fry and Ellora Torchia play a scientist and park ranger, respectively, who venture into the woods on a routine equipment run during a pandemic. The journey is complicated by jarring and unsettling sights and sounds. Photo courtesy of Neon.

My relationship with Ben Wheatley’s films is a bit complicated. Existential questions are scattered across his filmography. However, there’s often a particular coldness to his work that makes it challenging to sync up with. And his latest title, In the Earth, is no different.

Shot over the course of 15 days last August, In the Earth made its premiere at January’s virtual Sundance Festival. It centers on the pairing of a scientist (Joel Fry) and a park ranger (a very good Ellora Torchia). They venture into the woods for a routine equipment run amid a pandemic of their own. But as they press on, their trip evolves from terrifying to completely head-scratching. The spirit of the woods is alive, and it does wicked things on human minds.

That description probably sounds very promising. I’m all for a horror film from a visionary filmmaker. Wheatley’s 2015 thriller High-Rise, starring Tom Hiddleston and Luke Evans, is a film that I haven’t stopped thinking about, despite not being a fan of it upon its theatrical release. Wheatley is a fearless storyteller who abandons traditional narrative structure and focuses on the mood. Feelings and imagery drive his movies. There’s even a line in this film about how humans consistently look for the meaning in everything and attach stories to the things we can’t make sense of.

Admittedly, these are a few ideas that are fascinating to think about. But you can’t help but simultaneously feel like you’re drifting toward oblivion without any direction. There’s a lot of pointless intensity, with an overload of images and loud noises that give you headaches and distract you from wanting to give your time to understand its themes.

While undoubtedly a frustrating experience, the film’s committed performances are a highlight. Fry (Game of Thrones and 2019’s Yesterday) is put through the wringer in this movie, and he really plugs into an authentic outlet to showcase pain and confusion. The film’s MVP, Torchia (2021’s Crisis), is the voice of reason and the character audiences will have the strongest connection with. She has an inextinguishable fire that’s infectious. And let’s not forget Reece Shearsmith as a mysterious stranger in the forest. He channels some Jack Torrance to craft something wicked.

In the Earth is an ambitious project where its story and themes get away from it being a worthwhile trip. Some aspects are tasty in the moment, but the aftertaste is nothing too special.