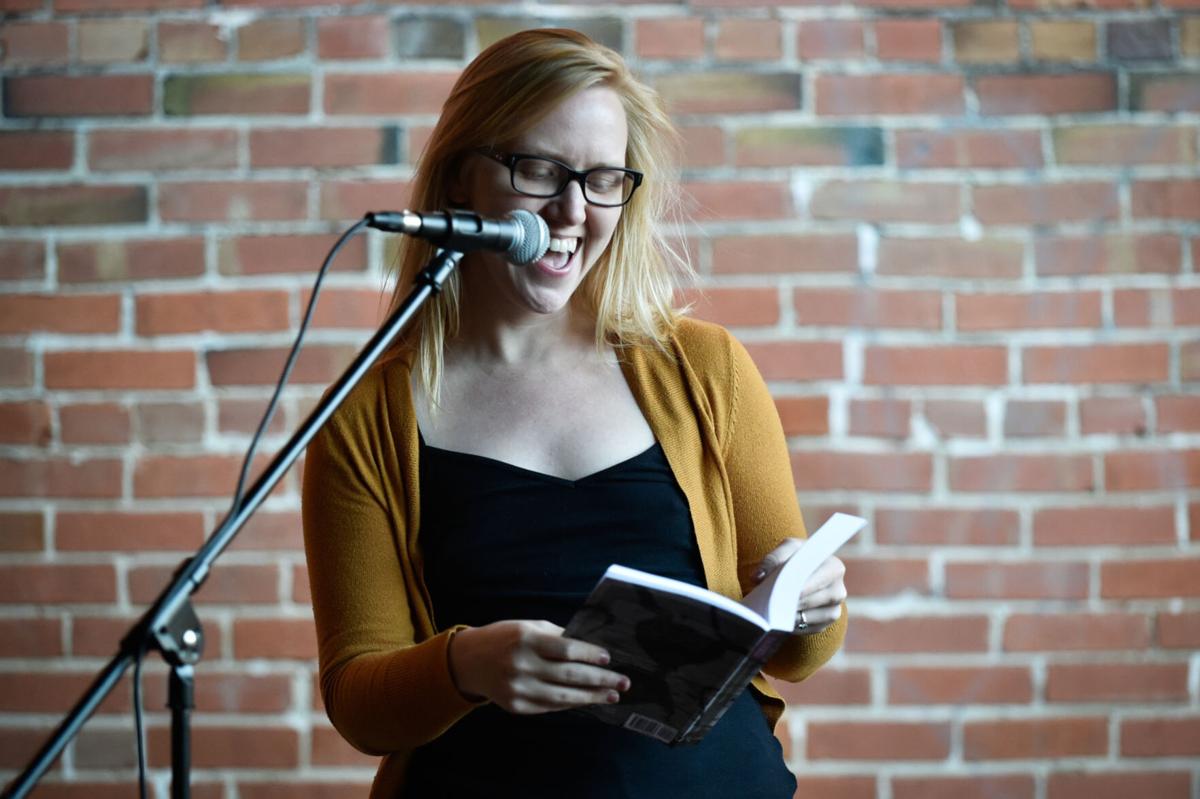 Bonnie Jo Stufflebeam, shown here reading a poem during a Denton event in 2017, has earned her second Nebula Award nomination for a novelette titled “Where You Linger.” 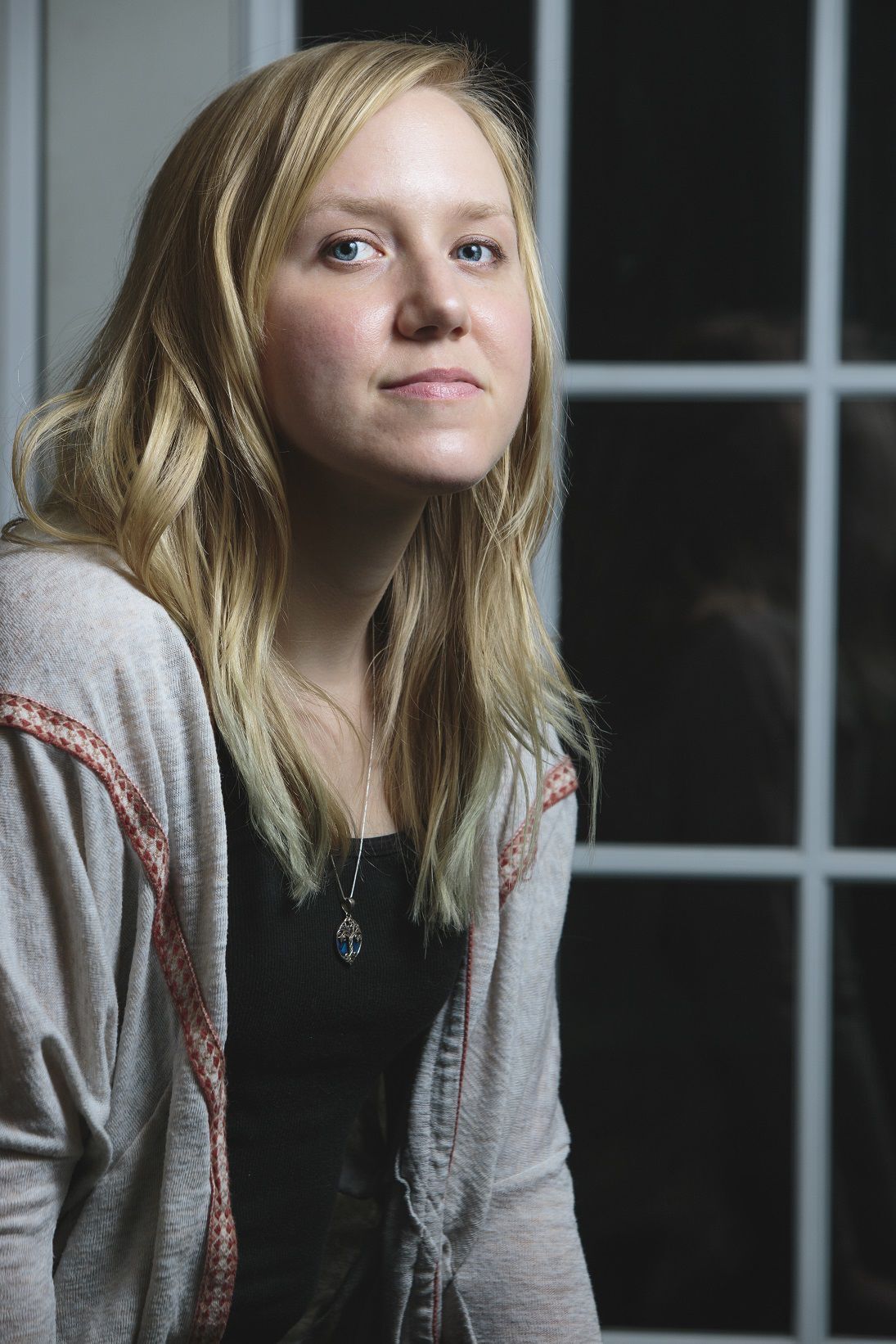 Denton writer Bonnie Jo Stufflebeam has been nominated again for a Nebula Award. 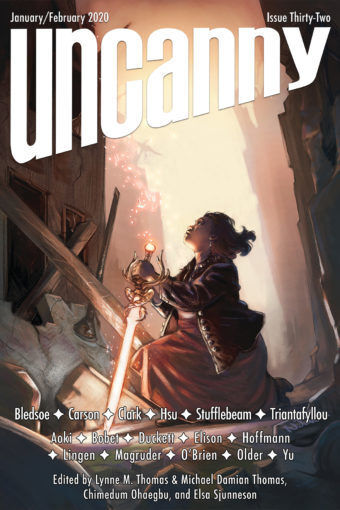 Bonnie Jo Stufflebeam, shown here reading a poem during a Denton event in 2017, has earned her second Nebula Award nomination for a novelette titled “Where You Linger.”

Denton writer Bonnie Jo Stufflebeam has been nominated again for a Nebula Award.

Just about all of us have seen the question: If you could talk to your younger self now, what would you tell yourself?

Denton science fiction writer Bonnie Jo Stufflebeam earned her second Nebula Award nomination for a story about a woman who gets a chance to go beyond the question. In her novelette, ”Where You Linger,” the central character gets to use technology to travel back in time to help her younger self consider some different choices.

The awards are determined by sci-fi and fantasy writers, making a nomination a vote of confidence from one’s peers.

“I kind of knew it was in the running,” Stufflebeam said. “The organization that runs the Nebula Awards, they maintain a list where people can recommend someone. So I knew that my story had a chance at being nominated. I still really, really wanted it, though, and I’m excited about it.”

The core plot and themes of “Where You Linger” began a few years back.

“I was kind of working on some of the information and ideas as poems from seven years ago. I kept working with it and exploring how I could expand it,” she said.

Eventually, she turned it into a novelette — a literary work that is between 7,500 and 17,500 words — and submitted it to Uncanny magazine, which published the piece last year.

“Where You Linger” follows an unnamed woman who has a medical or psychological procedure that allows her to revisit her past. The heroine of the story has a promiscuous past, with romances and encounters moving between men and women. She’s survived an assault, and she’s been “the other woman.”

In the story’s beginning, the protagonist seems selfish, undisciplined and disordered. By the end, she’s alive in three dimensions. She craves connection, and strikes more than one terrible bargain to stave off loneliness. And like most people, she’s hit hard by love and passion.

In the moments where she steals glances with her younger self, Stufflebeam articulates the way experience broadens our sense of forgiveness. The central figure could be any of us, carrying our trauma behind a hard-shell exterior and persisting against stubborn self-loathing.

“Honestly, I just see her as a protagonist,” Stufflebeam said. “She’s a protagonist who made some really bad choices, and she judges herself in very harshly for those choices. I agree she can come off as an antagonist. You don’t see women being sexually adventurous or experimenting with drugs in literature or popular media. You don’t see a lot of stories about women who have affairs and they’re more complicated. You get to see this from the male point of view most often. I feel like I didn’t want to villainize her. I wanted to understand her.”

The story doesn’t judge the central figure. It simply observes, and Stufflebeam reveals more details — more emotional topography — as the story progresses. When the protagonist’s younger self flinches at her future self, the protagonist doesn’t explain everything. She encourages her younger self to be more aware and magnanimous as the scenarios unfold. Stufflebeam leaves the reader with an open question at the end. Will the younger self fall headlong into her own sins, or will she make a different choice?

“I really love exploring ambivalence. I like not wrapping things up in a pretty little ending,” Stufflebeam said. “I got the story from an experience I had. It was after EMDR [eye movement desensitization and reprocessing therapy], where it wasn’t just talking through the trauma, but she was living through it.”

Stufflebeam neither names nor explains the medical or psychological treatment that allows the protagonist to skip through time, but backward.

“I liked the idea of having the opportunity to go back into the past and see yourself, but I wanted it to be longer than a dream state. I didn’t want it to be [virtual reality],” she said. “I don’t know if science will ever have that available, but I’m intrigued by the idea. I’ve actually written several stories about people talking to different versions of themselves. How harshly would they judge the person? You enter the adult world with fresh eyes. You start to learn things, and start to say, ‘Oh wow, things are really hard. Your 20s are hard.’ You are doing things your younger self wouldn’t approve of. And when you look back on your life, you can see more of the picture and realize, ‘I’m not a bad person.’”

Stufflebeam said she can identify with her protagonist, and science fiction is a place where characters who stand outside of the margins can get more of a hearing.

“I really wanted to explore a woman who had to figure out a sexuality that wasn’t the norm. I wanted to explore the loneliness of that,” Stufflebeam said. “It’s set in Texas. I grew up as someone who did not see myself as heterosexual. I got to a point where I thought, ‘Maybe I’m homosexual?’ But no, that’s not exactly it, and there was not a lot of understanding about that. ... There are a lot of magazines — Uncanny, Lightspeed — that don’t shy away from LGBTQ characters.”

Being able to search her sexuality is a huge piece of the puzzle for the story’s protagonist — and, as far as Stufflebeam can tell, a huge part of everyone’s life.

Stufflebeam said she’s broadening her horizons. She has linked up with screenwriter Stel Pavlou to create a pitch for a TV adaptation of the story, and she’s challenging herself to try on a novel.

“I primarily write short stories,” Stufflebeam said. “Only in the last few years I’ve started working on novels. I am by nature a lean writer. This story was not edited very much. I usually have the opposite problem. A lot of my peers have to cut information from their writing. I get the opposite. I get the note that ‘You need more here. Beef this up.’ Writing a novel will be a challenge.”

Nebula Award winners will be announced in June.