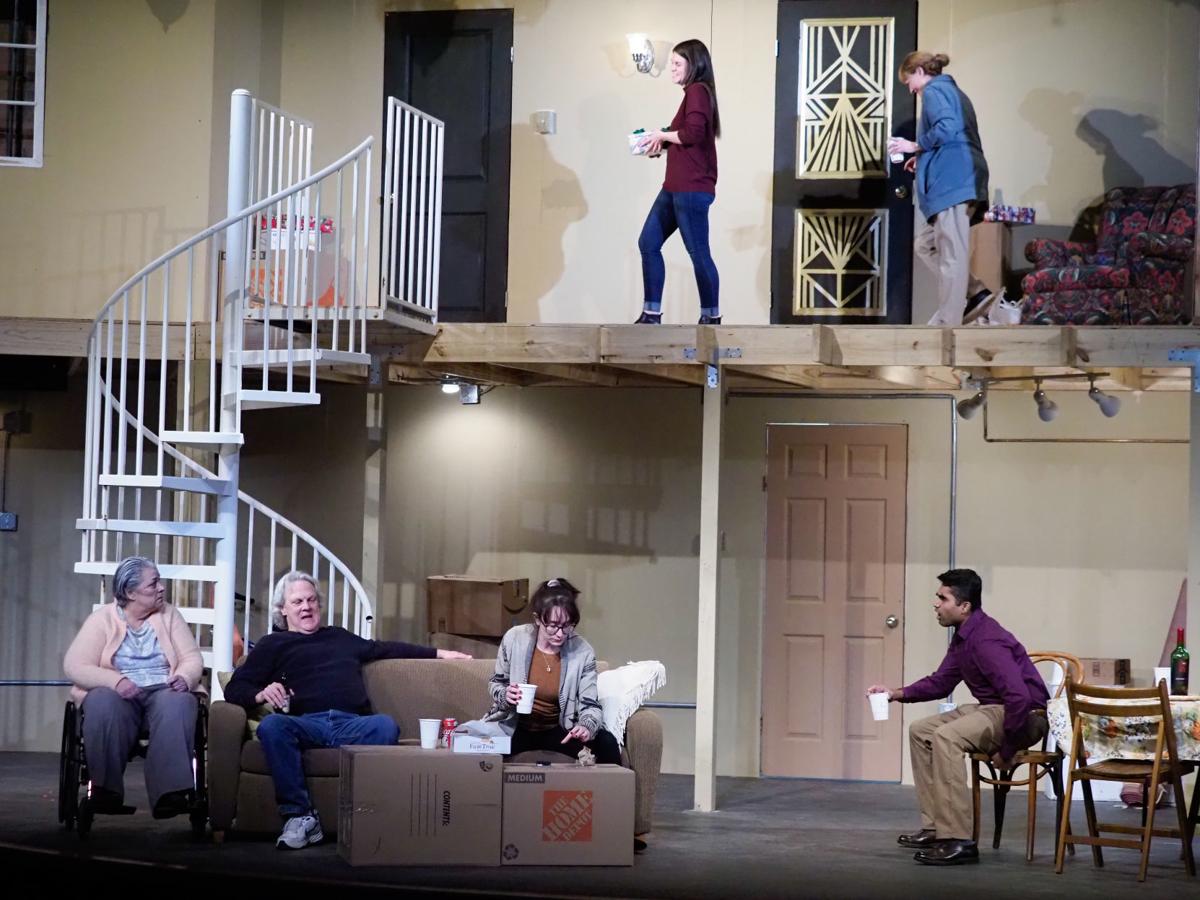 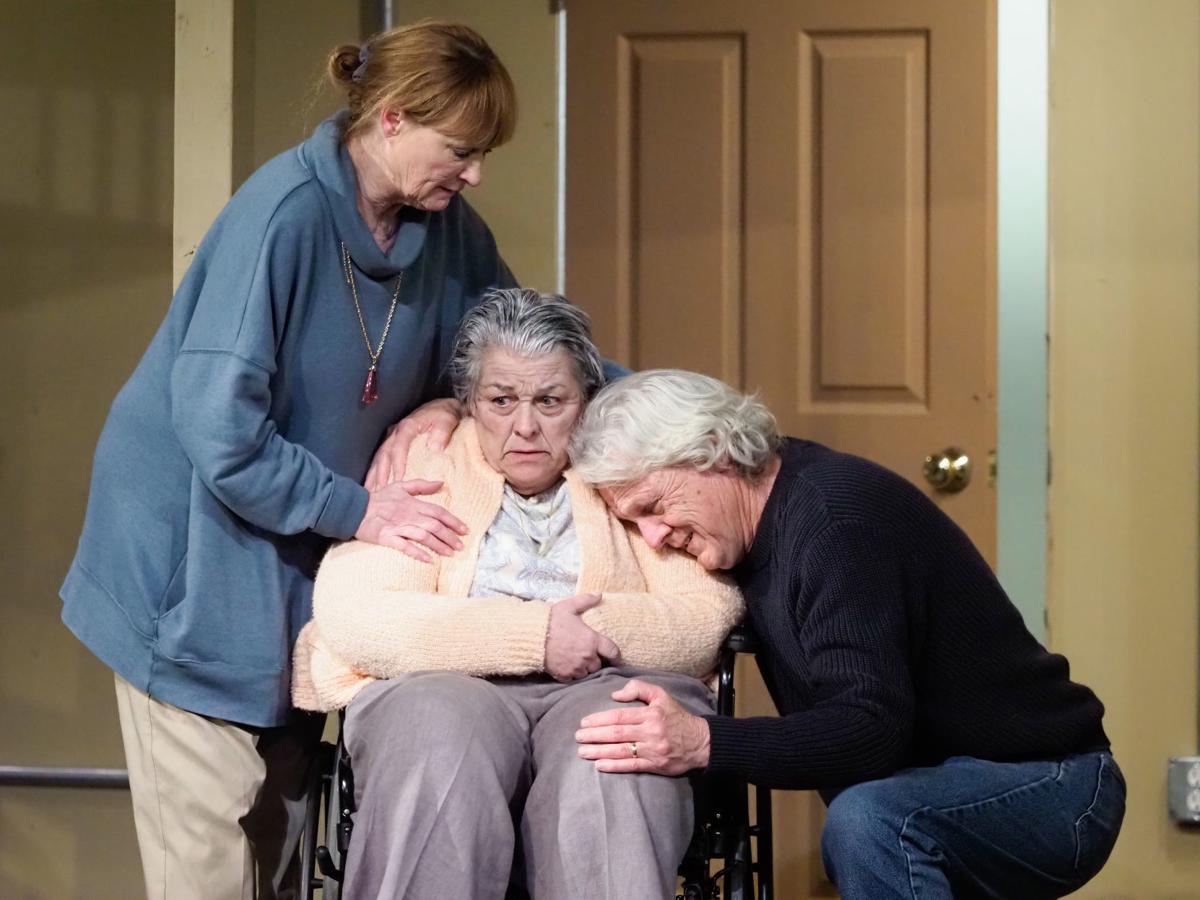 The family at the center of Stephen Karam’s “The Humans” includes an ailing matriarch, Momo, who has dementia. 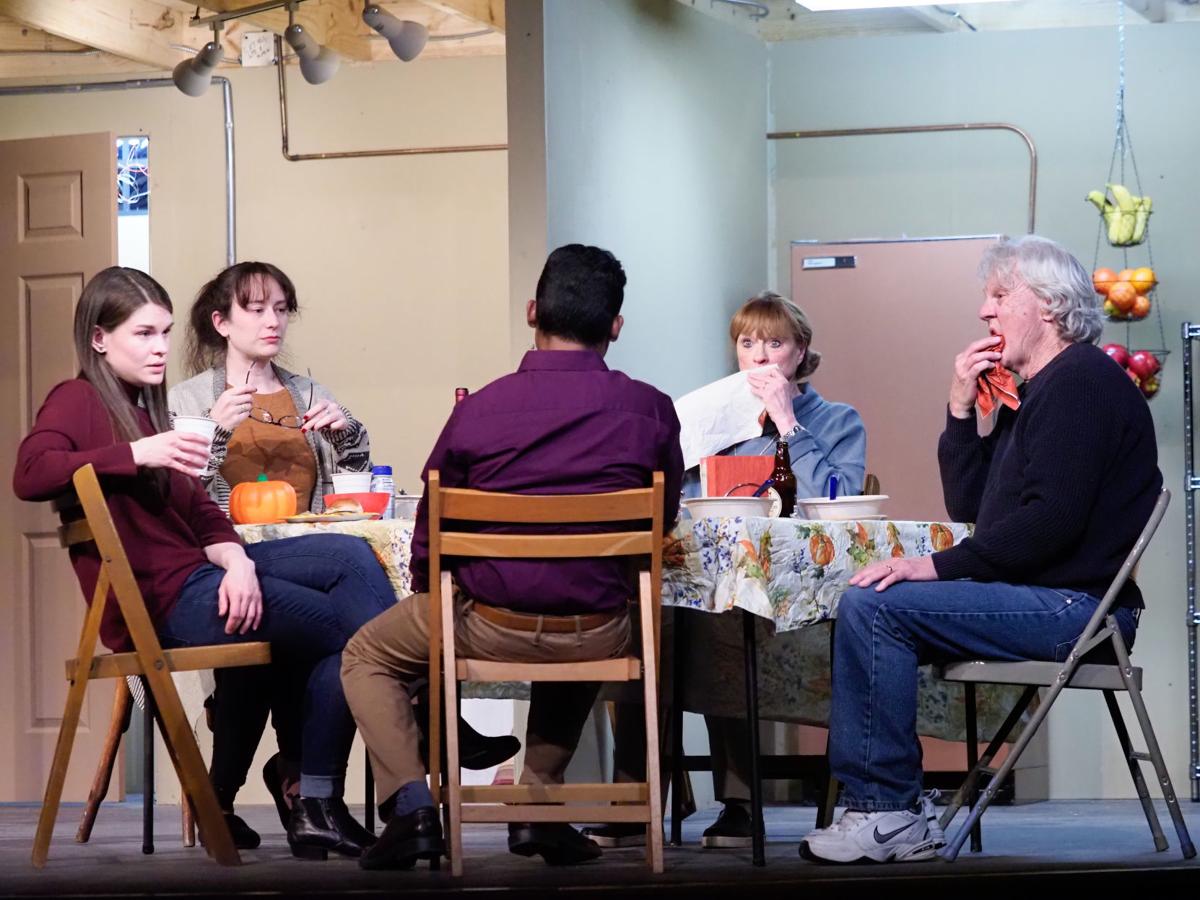 In Denton Community Theatre’s “The Humans,” the Blake family gathers for Thanksgiving at daughter Brigid’s first apartment, which she’s sharing with her boyfriend. Sister Aimee is puzzling through a health crisis and a breakup, and patriarch Erik is fumbling through a crisis with his wife, Deidre.

The family at the center of Stephen Karam’s “The Humans” includes an ailing matriarch, Momo, who has dementia.

In Denton Community Theatre’s “The Humans,” the Blake family gathers for Thanksgiving at daughter Brigid’s first apartment, which she’s sharing with her boyfriend. Sister Aimee is puzzling through a health crisis and a breakup, and patriarch Erik is fumbling through a crisis with his wife, Deidre.

It’s not hard to imagine a family gathered around the Thanksgiving table. After all, the holidays just passed (and their attendant family togetherness and divisions).

In Stephen Karam’s The Humans, the Blake family doesn’t just dig into a meal. The Irish Catholic family dives into all the old bugaboos: politics, religion and the shifting roles that come with time.

Erik and Deidre Blake are approaching retirement. Their daughters, lawyer Aimee and musician Brigid, face the ebbing promise of the American dream in a post-Sept. 11 New York City. Momo, Erik’s mother, is receding into dementia while Aimee faces a health crisis, too. Richard, Brigid’s boyfriend, is learning how to be part of this working-class clan.

Co-directors Caleb Norris and Andrea Avery have led the small ensemble cast through the story for Denton Community Theatre.

“This is very much a slice of life,” said Kerri Peters, who plays Aimee, an attorney who has just broken up with her longtime girlfriend. “These characters are dealing with things that all of us deal with. Aimee has lost a job and gone through a breakup. I think for me, I’m facing this upcoming surgery, and this is my first holiday without my girlfriend. But I’m trying to be that anchor that everyone holds onto.”

Brigid, played by Amanda Leavell, is struggling to find work as a musician after graduating from a prestigious college.

“Things aren’t going the way she expected,” Leavell said. “She did all the right things, she thought. She went to college. A good college. She got a degree. But she’s struggling. The one bright spot for her is Richard.”

Rakesh Podupati plays Richard, the son of an affluent family who is working toward a career in social work. Richard is 12 years older than Brigid, and seems charmed by her sophistication and smarts.

“I think their values align,” Podupati said of the play’s young lovers. “Brigid is from a working-class family who told their children that if they work hard, they can get what they want. His family is wealthy, but his values align with Brigid’s. He just wants to have a peaceful, uneventful Thanksgiving in the first apartment he and Brigid have lived in together.”

As the dinner progresses, secrets emerge, tensions rise, but the Blakes and Richard forge a bond that will hold them together, and bring them together at Christmas. And the Blakes reflect Irish Catholic families in America today — the parents want their children to hang onto their Catholicism, and Deidre urges Brigid to consider marriage while embracing Aimee’s lesbianism.

Dave Harper, who plays the uneasy patriarch of the Blake family, said Erik is trying to stay on his feet as the ground shifts and sways. He’s anxious for his children, and worried about his mother’s fading memories.

“I think he might be a little henpecked,” Harper said. “He’s in a mess, but he loves his family. He loves his children, and he even loves his wife in spite of what he’s going through. His biggest fear is losing them.”

The play opens this weekend at the Campus Theatre.