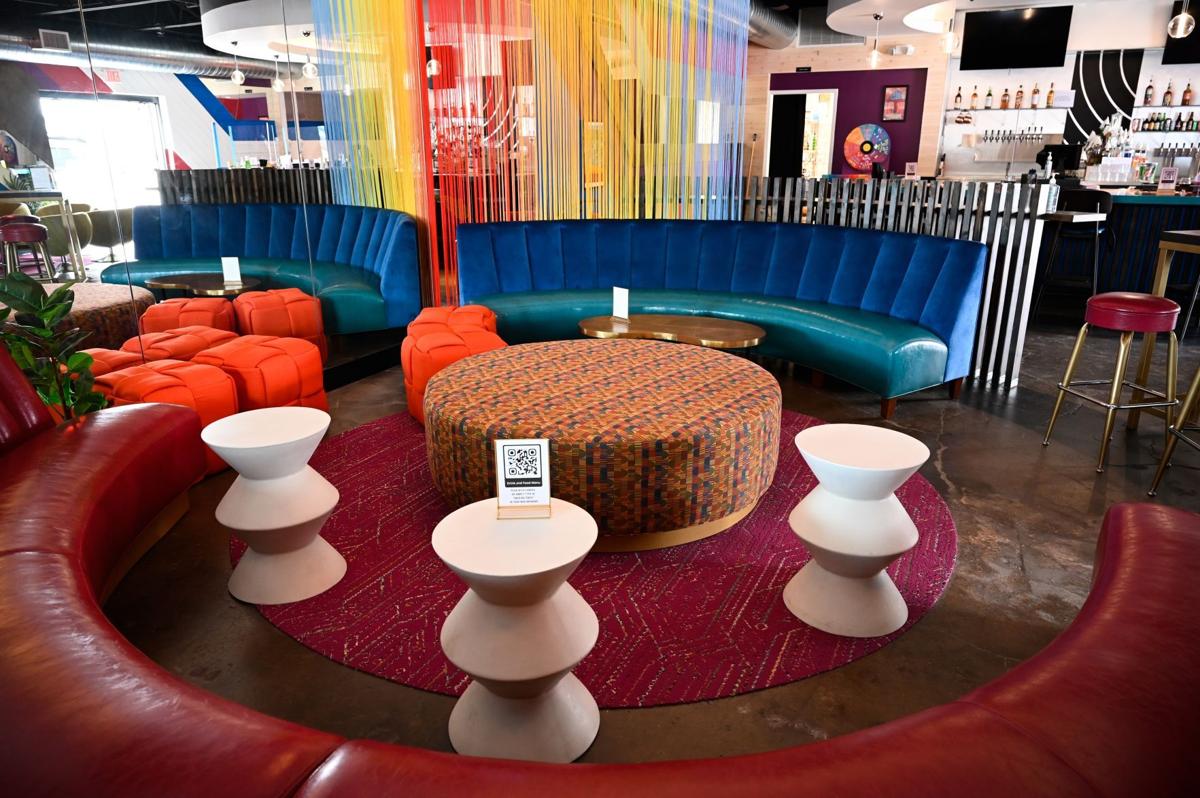 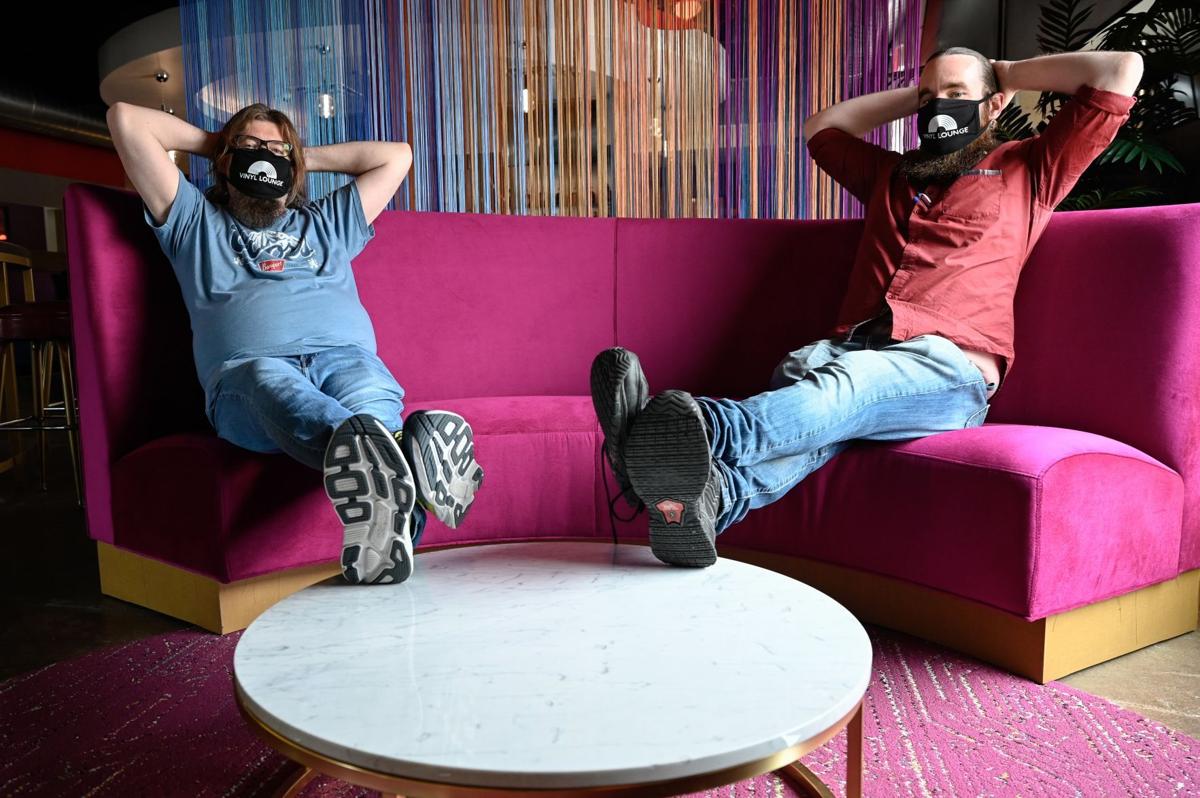 Owner Thomas Martin, left, and general manager Jonathon Vann, are a part of Vinyl Lounge, a new downtown bar that opened amid the ongoing COVID-19 pandemic. 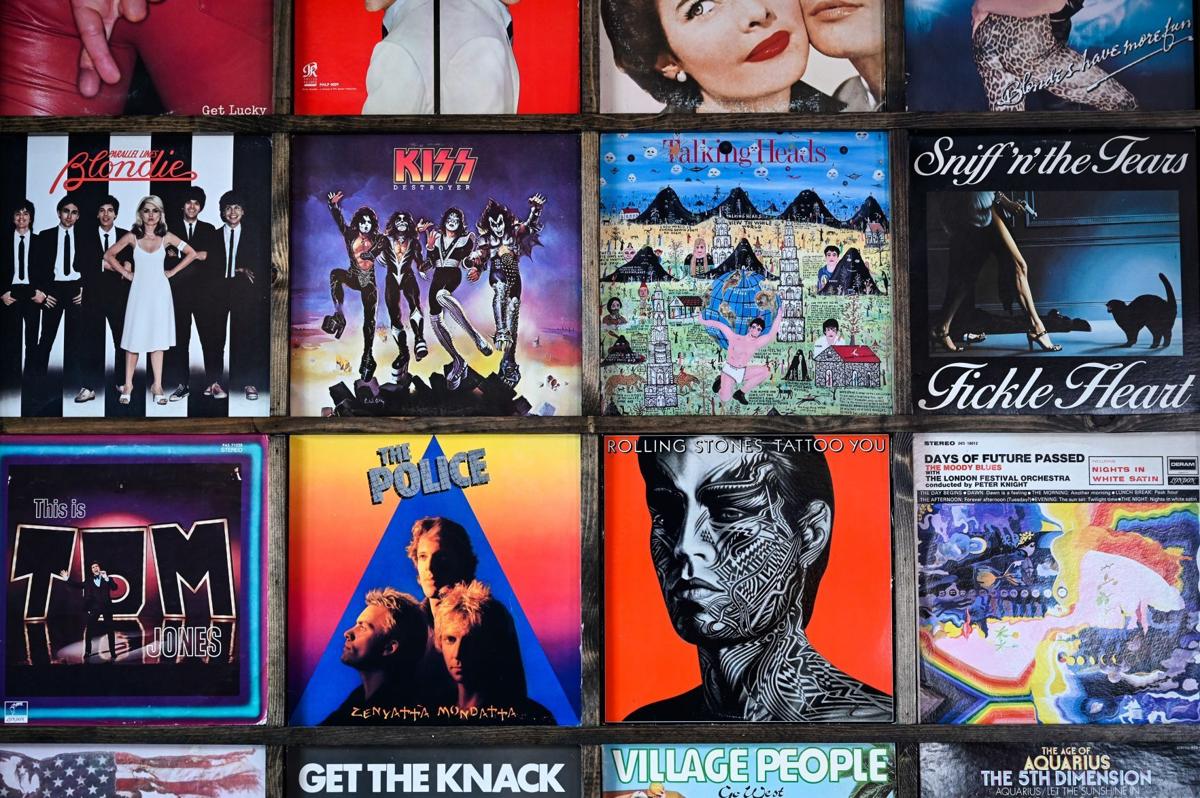 The Vinyl Lounge, a new downtown bar opening in the middle of a pandemic, is seen Oct. 15.

Owner Thomas Martin, left, and general manager Jonathon Vann, are a part of Vinyl Lounge, a new downtown bar that opened amid the ongoing COVID-19 pandemic.

The Vinyl Lounge, a new downtown bar opening in the middle of a pandemic, is seen Oct. 15.

When it comes to dreams, they often start off as small as a simple idea, and through perseverance and a clear vision, they can become reality. Similarly, Vinyl Lounge owner Thomas Martin compares the idea behind his new 2,700-square-foot record-themed bar to an acorn before seeing it grow into a fully grown tree.

“They’ve got a beautiful interior, awesome concept and a great vibe,” said Ben Esely, owner of the Bearded Monk, another downtown bar. “The environment they’re creating at that bar is not found anywhere else, and I think it’s like no other.”

Martin aspired to create a space for young people to hang out and listen to the bar’s diverse collection of over 1,600 vinyl records. Guests can expect to see bright ‘60s- and ‘70s-themed colors and have the atmosphere matched with a DJ who orchestrates the building-wide sound system and record player.

“The vision as we put it was Austin Powers meets Tommy Bradford’s van,” Martin said. “So a little combination of the wild swinging London ‘60s and ‘70s — we’re trying to find the vibe of both of those.”

The retro-themed bar is surrounded by the concept of records in every way. Similar to a vinyl record, the bar features circular-themed décor including its bar top, couches, chandeliers, chairs and a wide-spanning circular window.

The Lounge is expected to hold various, uniquely themed events such as “Bring Your Own Vinyl” (BYOV) night and a weekly Beatles Brunch, where the bar will play only records by the Beatles every Sunday from noon to 3 p.m. Martin and his staff have plans to establish more themed events.

Vinyl Lounge currently has 15 employees, consisting of bar and door staff in concert with DJs. Jonathon Vann, who serves as general manager for Vinyl Lounge, was tasked with putting together the bar’s entire inventory, tap list and creating the cocktail menu. With bars now being able to operate at 50% capacity, Vann talked about his eagerness for opening up to the public and serving the Denton community.

“I think it’s going to be great,” Vann said. “I’m really just looking forward to sharing our vision with Denton, and hopefully people come in and have a great time, and everyone is happy all the way around.”

With 2020 being defined by the COVID-19 pandemic, the road to open Vinyl Lounge was not an easy one for Martin. Construction for the lounge started in February and was slated for completion in April. However, the shutdowns in March put a hold on Martin’s goal of opening his bar to the public. He said the second shutdown in July was harder than the first, considering he had an established staff with hopes to begin their training and he planned to open July 1 — before ultimately being shut down again.

Now that Vinyl Lounge has finally opened at 314 E. Hickory St. along Russell Street, Martin said he is thankful.

“It’s been just really supportive excitement from every single person I’ve talked to,” Martin said. “The bar community here is very tight, and everybody’s very supportive of each other, and it’s just been great.”