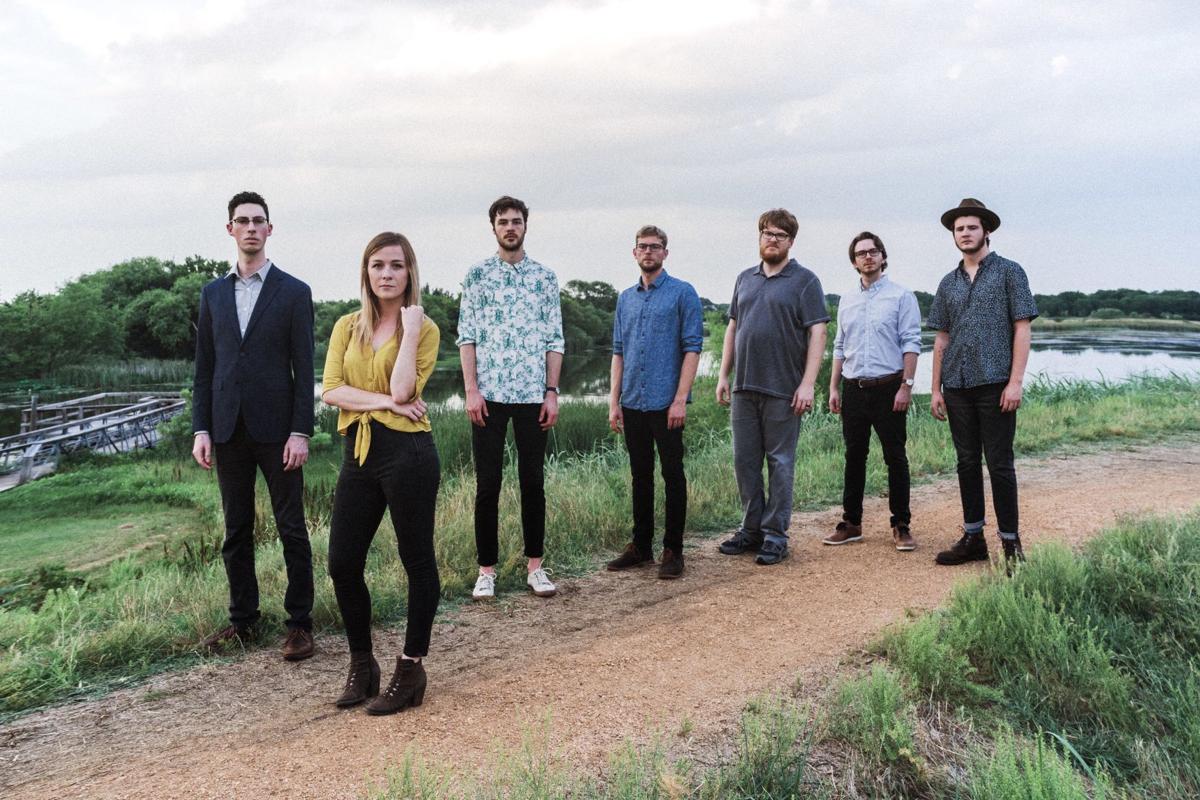 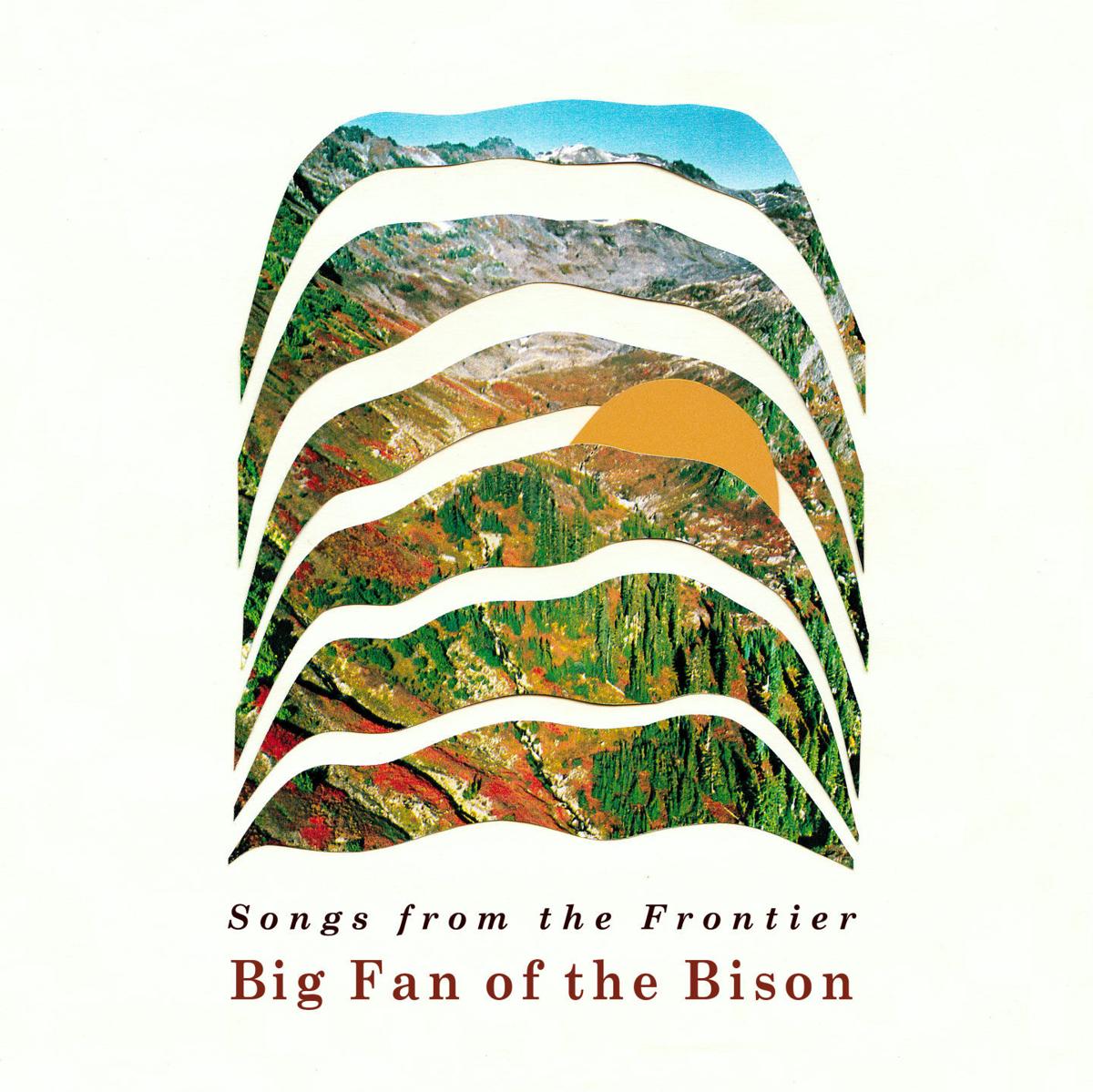 Big Fan of the Bison’s “Songs From the Frontier” is out now for streaming or purchase online.

Big Fan of the Bison’s “Songs From the Frontier” is out now for streaming or purchase online.

Six local musicians had already hammered out six songs for their newgrass project when a record label came knocking.

The label didn’t stick, but the band Big Fan of the Bison had created a debut album rich with snug harmonies and lilting instrumentation. Songs From the Frontier showcases the work of musicians who met at Denton’s University of North Texas but then spread out across the country. In a genre-straddling 10 tracks, Frontier revives the heart of bluegrass and imbues it with the soul of folk and the rhythms of jazz and pop.

“Most of us had met through a party cover band,” said songwriter and lead vocalist Sara Beth Hooper. “Kyle [Gordon] started playing mandolin. It just started as fun, but it grew into a lot more than that. Then Kyle was like, ‘I’m moving to LA.’ We knew we needed to decide whether we’d make a record.”

The six-piece grew out of those weekly jam sessions, where they’d cover Nickel Creek songs and tinker with fresh takes on a well-worn form. Then they started writing together, and caught the attention of the label, which urged them to write four more songs.

“We didn’t end up signing, and they ended up saying we had some music that was a little too weird,” Hooper said.

“Yeah, some of them were more along the lines of a jazz–folk odyssey,” said Gordon, the outfit’s mandolin man. “You know, we pretty much didn’t change anything. The label came around on a couple of them.”

Big Fan of the Bison includes all the ingredients of a bluegrass band, with Gordon’s mandolin and Hooper’s vocals fleshed out by Collins McLaughlin’s fiddle and Willie Wrinkle’s upright bass. Ethan Stalbaum’s guitar and Chris Petro’s drums hint at the group’s jazz roots (Wrinkle has no problem boomp-boomping into some adept syncopation, either). None of the musicians are the least bit cowed by the stylings of country music, but neither are they hemmed into tradition.

The band’s version of the Doc and Merle Watson Appalachian-style song “Red Rocking Chair” actually has roots in Wrinkle’s final-semester performance at UNT. He performed the piece as part of that final recital, and the band performs a tribute that hits all the traditional notes, down to Hooper’s unexpected but native-sounding drawl. But the track also shimmers with the musicians’ mother tongue, bringing out jazz influences that feel fresh and smart.

Gordon said he was hooked on bluegrass even more as he experimented on the mandolin.

“I love the sound,” he said. “I think it’s beautiful. I like mandolin, I like fiddle. And I like the bands that play bluegrass and newgrass. I like Nickel Creek, and the Punch Brothers. I thought it was fun to try to recreate that sound.”

“The newgrass is what I enjoy,” Hooper said. “I love the way the instruments are able to be orchestrated together — the mandolin and the guitar. I was raised with a family that sings harmony, and the harmonies in this kind of music just kind of feel right.”

Petro said the band’s jazz roots were formative, but not prescriptive.

“Ethan, me and Kyle, too — we all went to school for jazz,” Petro said. “You can’t really go to school for popular music, and you get bored and you realize that not very many people care about jazz. It makes sense to branch out, and we all really liked playing together.”

It felt like Denton’s music scene might have to let its folksier fields lie fallow since danger-folk outfit Hares on the Mountain broke up and folk band Seryn said sayonara and relocated to Nashville.

But with an act like Big Fan of the Bison dropping the debut last month, local folk fans have a new band to fall for. If you sneak a dose of Alison Krauss and Union Station into your day or cook to a Nickel Creek playlist, Big Fan of the Bison is a likely bet. But it’s also the kind of band for the music lover who spins Nina Simone or streams Edith Piaf.

The band finished recording before the pandemic, but had to carry on the engineering during quarantine. Gordon met Jimmy Haslip, the bass guitarist of the jazz fusion group the Yellowjackets.

“He was unbelievably kind,” Gordon said. “He listened to our music he gave us some really good advice and hooked us up with a publicist. He also hooked us up with Bob Parr, who has a recording studio no one knowns about. We recorded our last four songs in his studio, and this is a guy who’s played with Cher.”

McLaughlin, the group’s fiddler, said the band knew that the demands of work and relocation meant that each of them would have to make the final recordings count. Petro said they used deadlines wisely, and McLaughlin said the band pulled together and ended up with a sound that matured and improved.

“It never felt like there was time in recording where it felt like someone was like lagging,” McLaughlin said. “I kind of felt like the baby of the group. I felt like I had a lot more to learn and a lot more improving to do than anyone else. But when we got down to it, we were all trying to bring our best. They set a bar and I really wanted to meet it.”

“We were all pretty good about embracing that each of us has definite strengths and weaknesses,” he said. “Maybe this person has better ears for this thing, so I can sit back. I can let them bring that to what we’re doing and know that those strengths are going to come into play.”

Songs From the Frontier is available now on Apple Music, Spotify, Amazon Music and other online music services.

BIG FAN OF THE BISON

Who's who in the local six-piece: