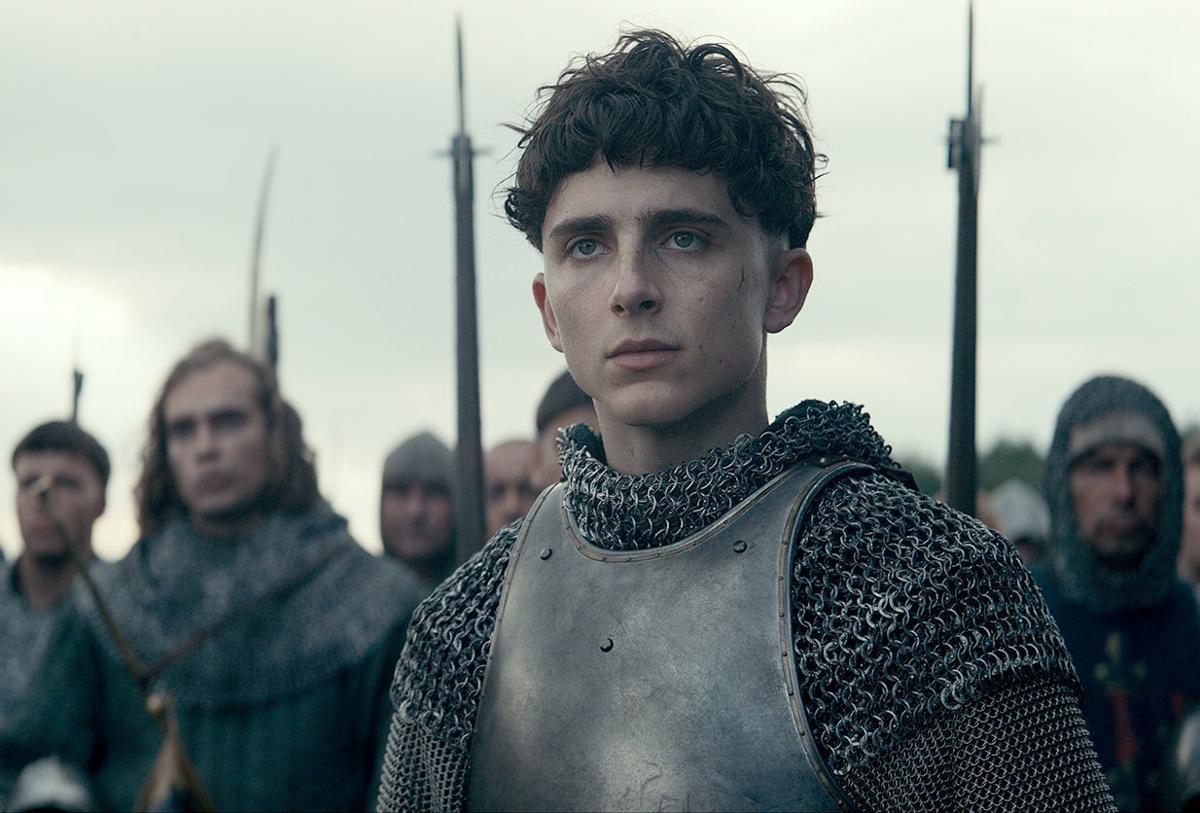 Timothée Chalamet stars as King Henry V of England in “The King.” 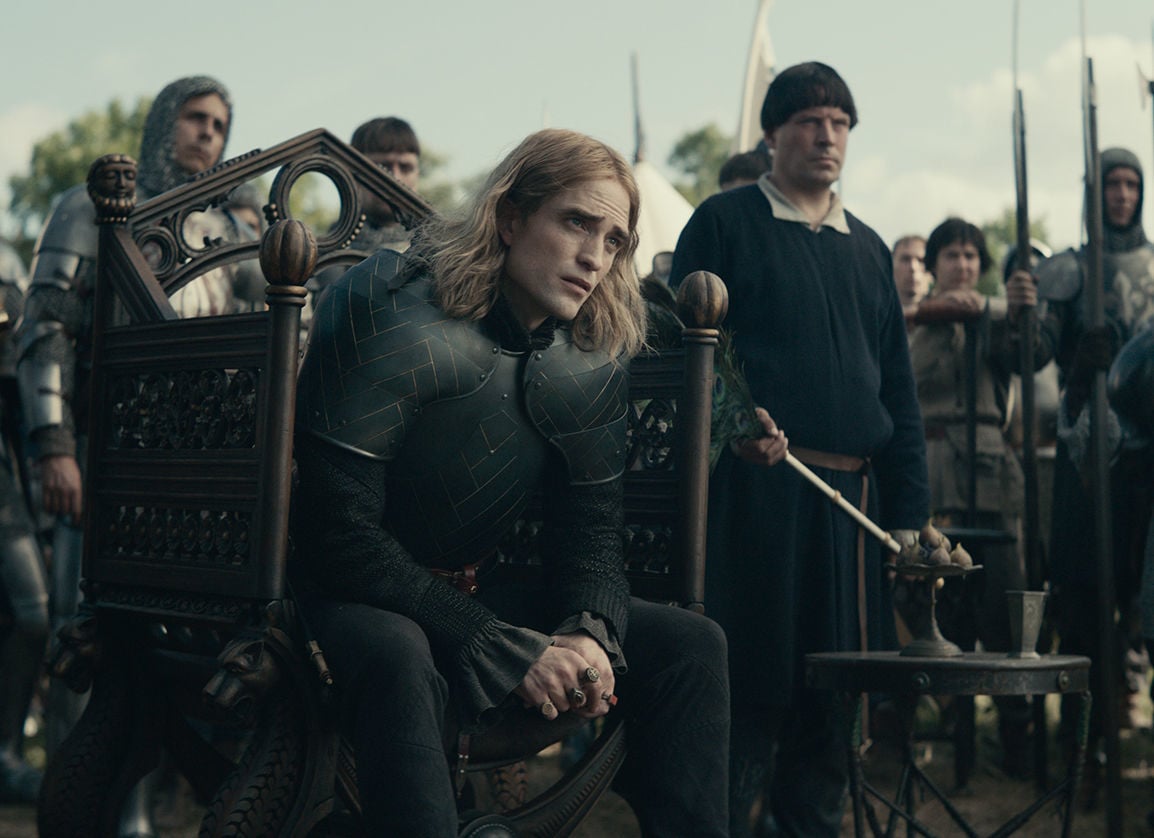 Robert Pattinson plays the heir apparent to the French crown in “The King.”

Timothée Chalamet stars as King Henry V of England in “The King.”

Robert Pattinson plays the heir apparent to the French crown in “The King.”

Many iterations of King Henry V have appeared on film, and for a good reason. It’s compelling to watch the soul of a morally sound person be challenged by the powers that be on screen.

The latest detailing, The King, comes from the filmmakers behind such richly complex narratives as The Rover and Animal Kingdom. Co-writers Joel Edgerton and David Michôd — the latter of whom also directed the film — steer this classic tale into darker, more authentic territory. Although it loses some momentum around the midpoint, The King is a harrowing journey worthy of its crown.

The story centers on a wayward prince and heir to the English throne — Henry V, or “Hal” (a commanding Timothée Chalamet) — who seeks nothing but a peaceful future for England. Rather than serve under his tyrannical father, King Henry IV (Ben Mendelsohn), he chooses to distance himself from the throne and numb the experience of relation by boozing with his pal Sir John Falstaff (Edgerton).

Playtime is over when Hal’s father reaches out to him on his deathbed to inform that not he but his younger brother, Thomas of Lancaster (Dean-Charles Chapman), will be the heir to the throne. This doesn’t upset Hal, but he worries that the responsibilities and his father’s power-hungry logic will also lead to the death of Thomas. Hal decides to aid his brother by temporarily taking control of the army and saving the lives of many, but the move is still met with death because of the difficulty of fixing poisoned hearts.

From there, The King becomes a story of power and the struggle to keep it from consuming you. Hal faces this torment head-on and encounters many who have a secret agenda to stick a knife in his back. The film, for the most part, is about Hal trying to remove those knives. These acts of deception test him and bring out the monster within.

That inner-demon battle is what makes The King such a notable version of this story. And the way Chalamet (who is perhaps the best actor of his generation) portrays that psychological conflict is remarkable, to say the least.

There are certain creative liberties that Edgerton and Michôd take that do not advance the story to new or better ground. I wasn’t particularly fond of their handling of Falstaff and his arc as much as in prior films, which greater examined the characters’ complicated dynamic and that destructive bridge that connects to Hal’s youthful days of rebellion.

That said, there’s so much that Edgerton and Michôd do to remove the dirt they track in, such as dialing back the wordy language so that unfamiliar audiences aren’t lost. The writing is more focused on the intensity of the situation compared to classing it up to the brink of confusion.

The dialogue and wordplay are as forceful as the sword combats. There’s a sequence early on between an opponent and King Henry IV that tiptoes around the teeth-shattering fury of Quentin Tarantino’s opening scene of Inglourious Basterds. It’s not nearly as witty, but it gets under your skin.

This is a hardcore, post-Game of Thrones tackling of King Henry V. It’s unsettling, dirty and raw. Heads will literally roll. But it’s because of that approach that the themes of power take hold. Even if the film could have tightened up the middle brick in the assembly, it will hit you.