War films most certainly acknowledge the horrors and heartbreaks of going into combat. But great ones allow the conflict against nations (or humankind) to serve in the background. Instead, we embark on a journey with much more on its mind.

In the case of Oliver Hermanus’ Moffie, we witness an incredibly harrowing amalgamation of such themes as white male toxicity, homophobia, racism, institutionalization and trauma. As brutal and uncomfortable as this may sound, there’s a particular tenderness to the film that finds beauty in seeing men being destroyed psychologically.

Halfway through the film’s trailer, a pull quote from a critic at the international film magazine Sight and Sound reads: Moffie is “thrillingly cinematic” and “recalls the brutality of Full Metal Jacket crossed with the eroticism of Beau Travail.” I honestly cannot think of a more perfect description. 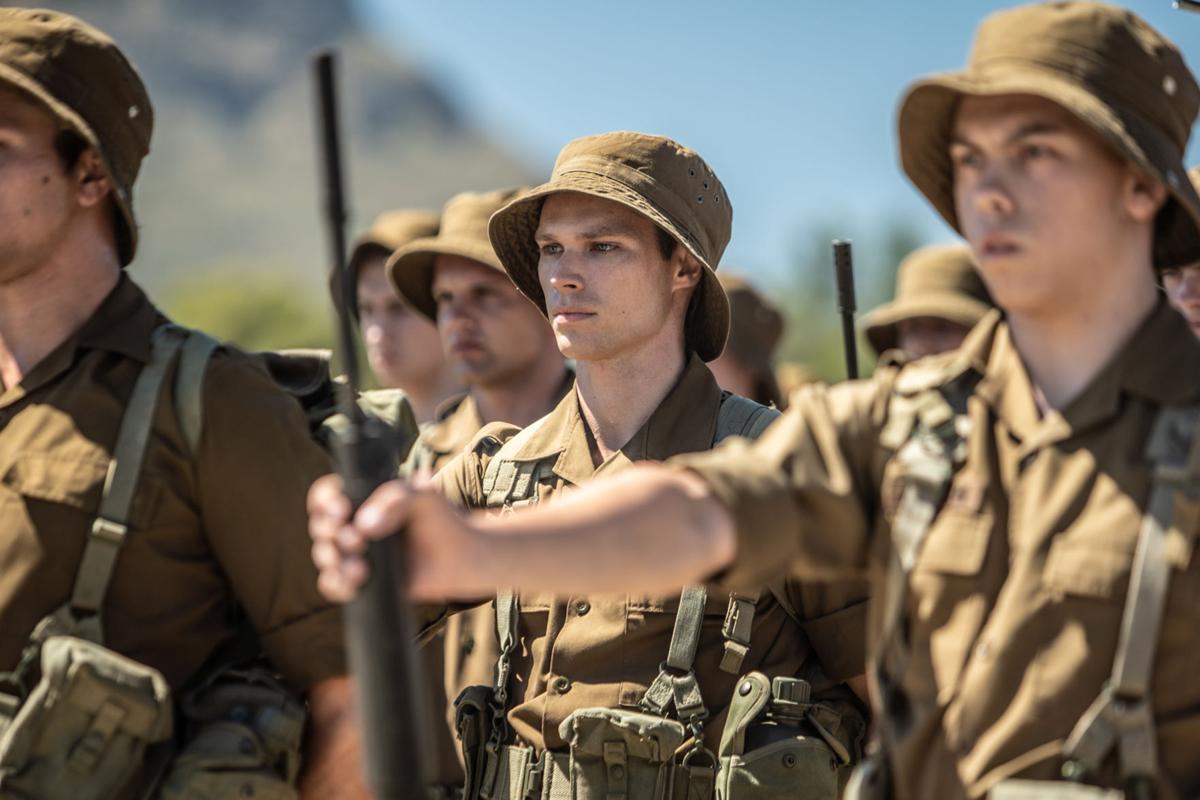 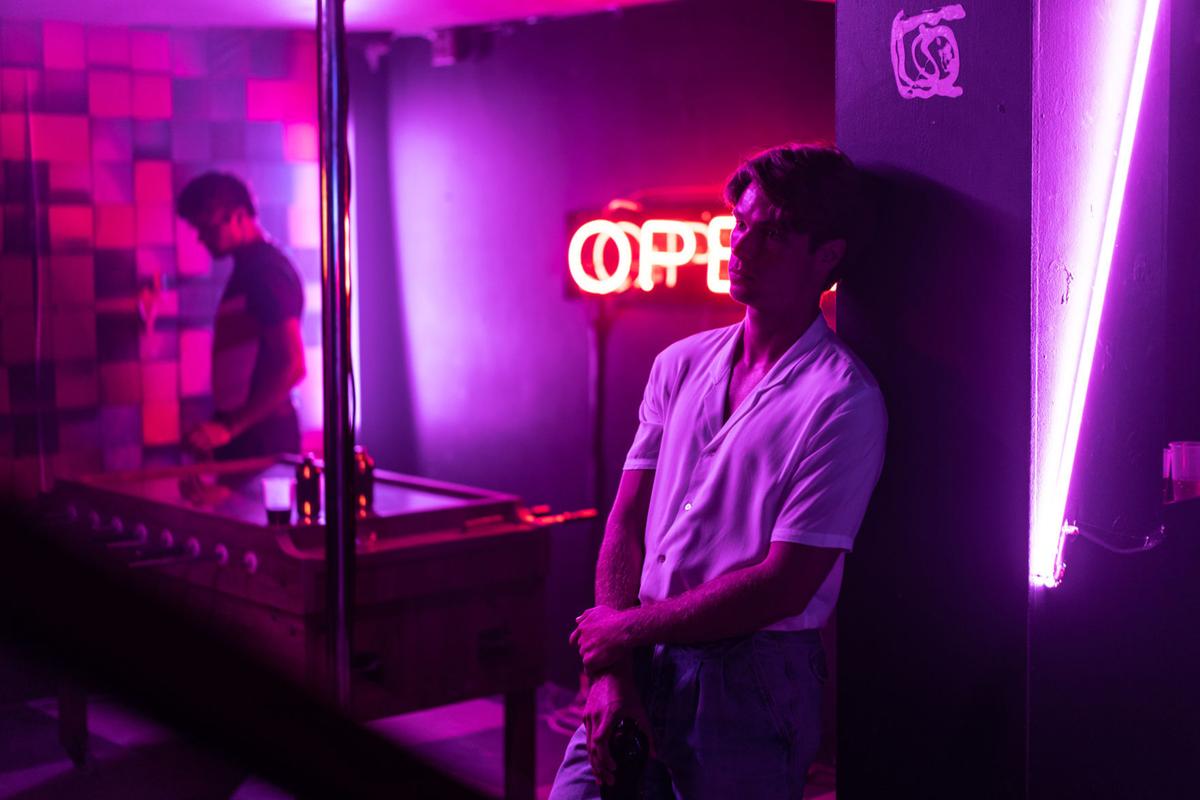 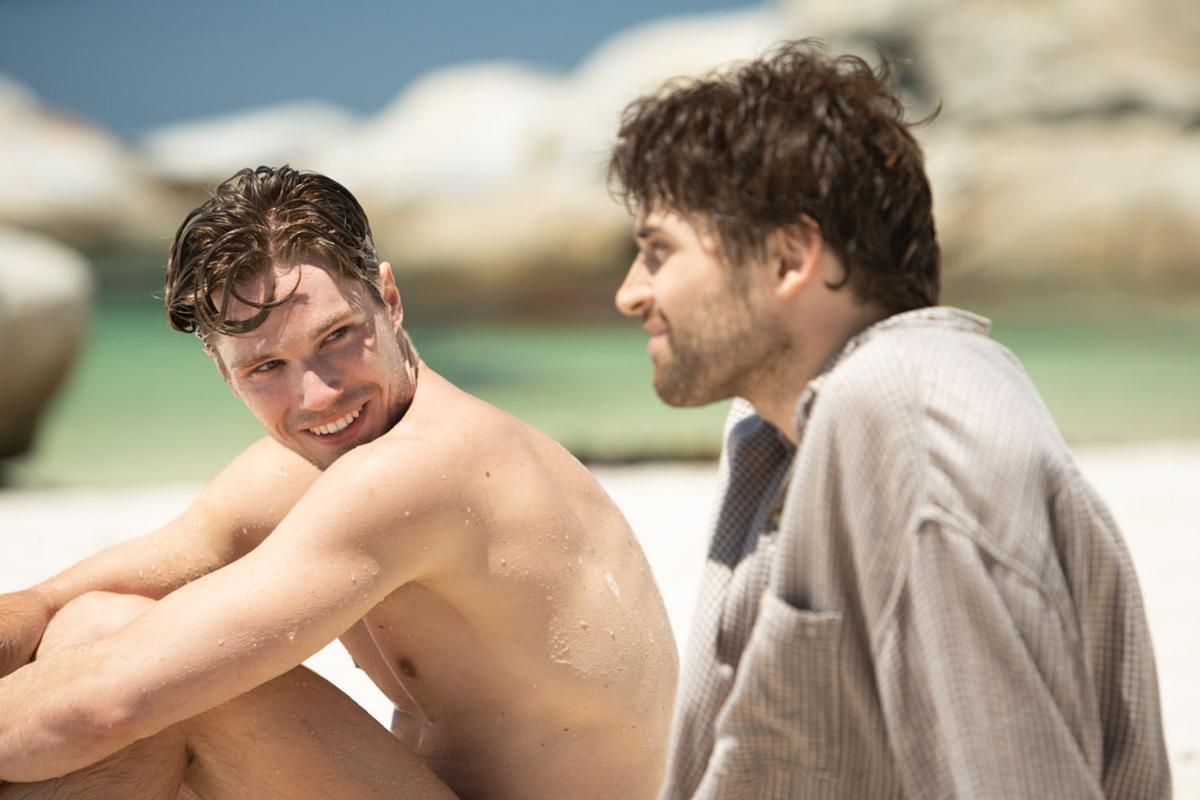 Set in 1981 South Africa, the IFC Films war drama is split into two sections. Similar to Full Metal Jacket and Joel Schumacher’s Tigerland, in the first fraction, we see a train full of young men taken to a yearlong boot camp to serve their two years of conscription into the South African army. They are brutalized into becoming mentally and physically fit soldiers to take on a communist threat (or “Black danger”) at the Angolan border. The trainees are emotionally broken by their monstrous commanding officer (a scary-good Hilton Pelser), who doesn’t take a breath when exposing weaknesses and questioning the men’s sexuality. To be gay is a grand offense against this regime of virility.

The second half goes from the war zone that is the human male body (with the feelings of these men feeling trapped in their own skin) to an actual war zone. Decisions are made as reflections of their trauma during their training, and they lead to curious, horrifying, and poetic arenas—sometimes all at once. Hermanus’ camera framing, music choices (opera that helps pave the disorientation), and stillness at the back end of the film feed into Moffie’s shape of a slowly searing frying pan that cooks up your nerves.

The most gripping parts of Moffie (a title that’s a derogatory Afrikaans word for a gay person) are what can be read between the lines. These touches begin in the film's opening moments: A family gathers for a birthday/farewell party. Our lead character, Nicholas van der Swart (an award-worthy Kai Luke Brummer), is seen walking away from the event to disappear into the darkness. It’s quickly learned that he wishes he could place part of himself in the shadows. This feeling doesn’t escape him, as showcased when he discovers a small sign on a train warning him not to talk because “they may be listening.” The key to his survival is to remain invisible. Even Nicholas’ dad arms him with a ladies magazine to “use as ammunition” before departing for his service.

When the film pumps the brakes on its intensity is when it’s at its best. It’s the quiet moments of reflection and audience meditation. A scene of Nicholas standing frozen in the shower brings back a haunting memory that’s later revealed. It opens up how things beyond our control can put a dark cloud over our lives that we can never wash clean.

Moffie provides a lot to think about. Some things are more apparent, while other aspects may take time to digest and understand. Every component of filmmaking is firing on all cylinders. Through carefully crafted storytelling, Hermanus delivers the first truly great film of 2021. Don’t let it slip by.

In the Dallas-Fort Worth area, Moffie is playing at the IPIC Theaters in Fairview and the Grand Berry Theater in Fort Worth.

Playing in theaters on Friday and also available on all platforms where you can rent movies.