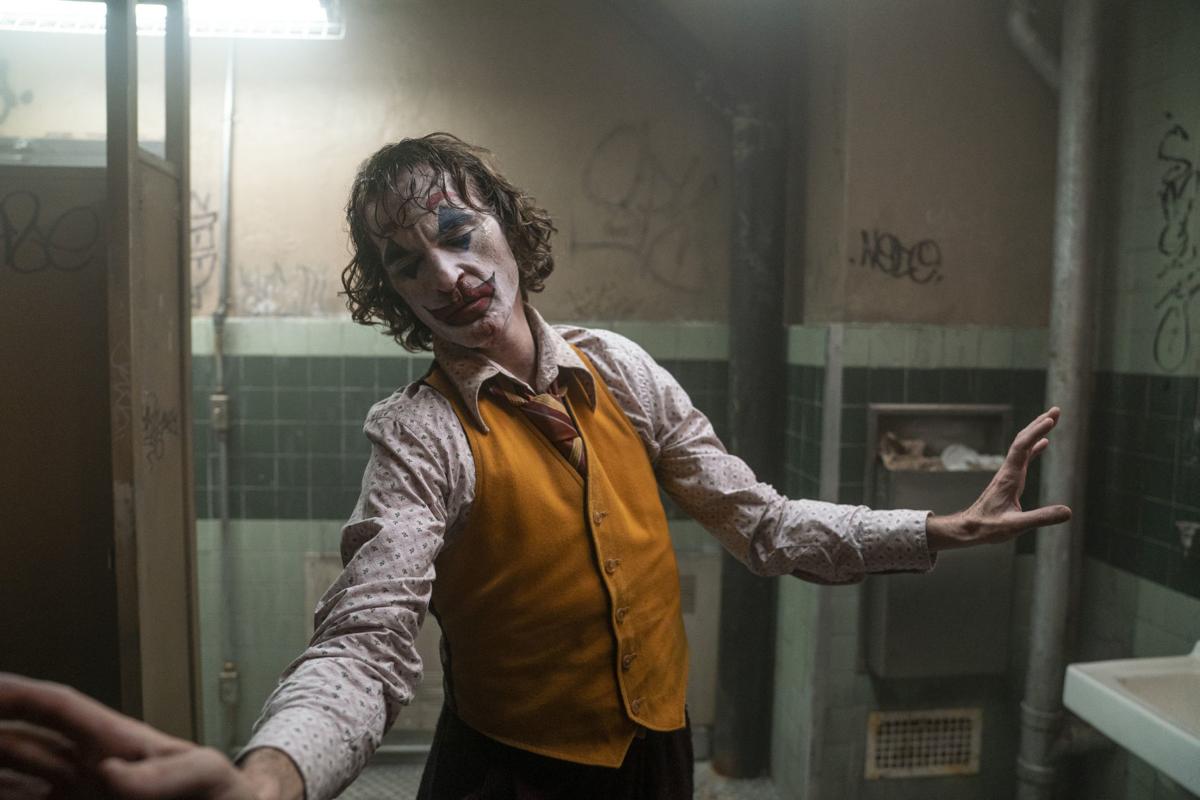 Joaquin Phoenix turns in an Oscar-worthy performance as the star of “Joker.” 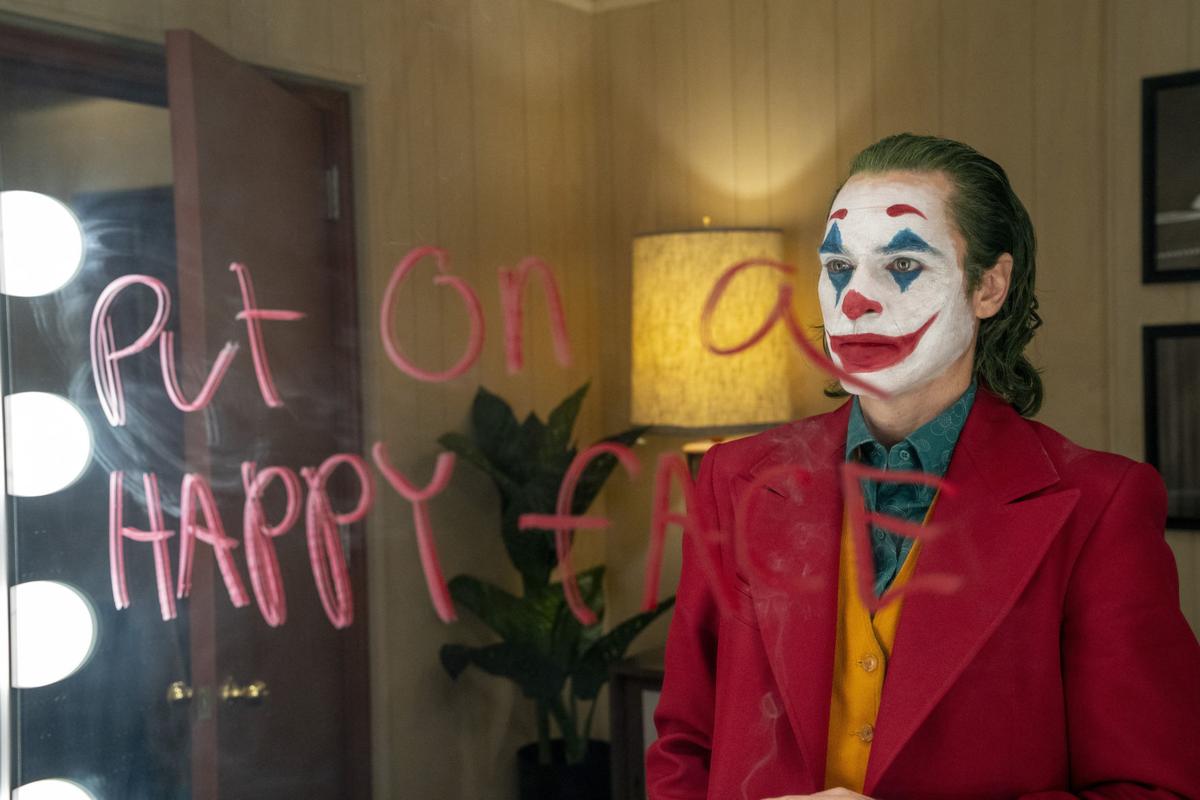 Joaquin Phoenix turns in an Oscar-worthy performance as the star of "Joker." 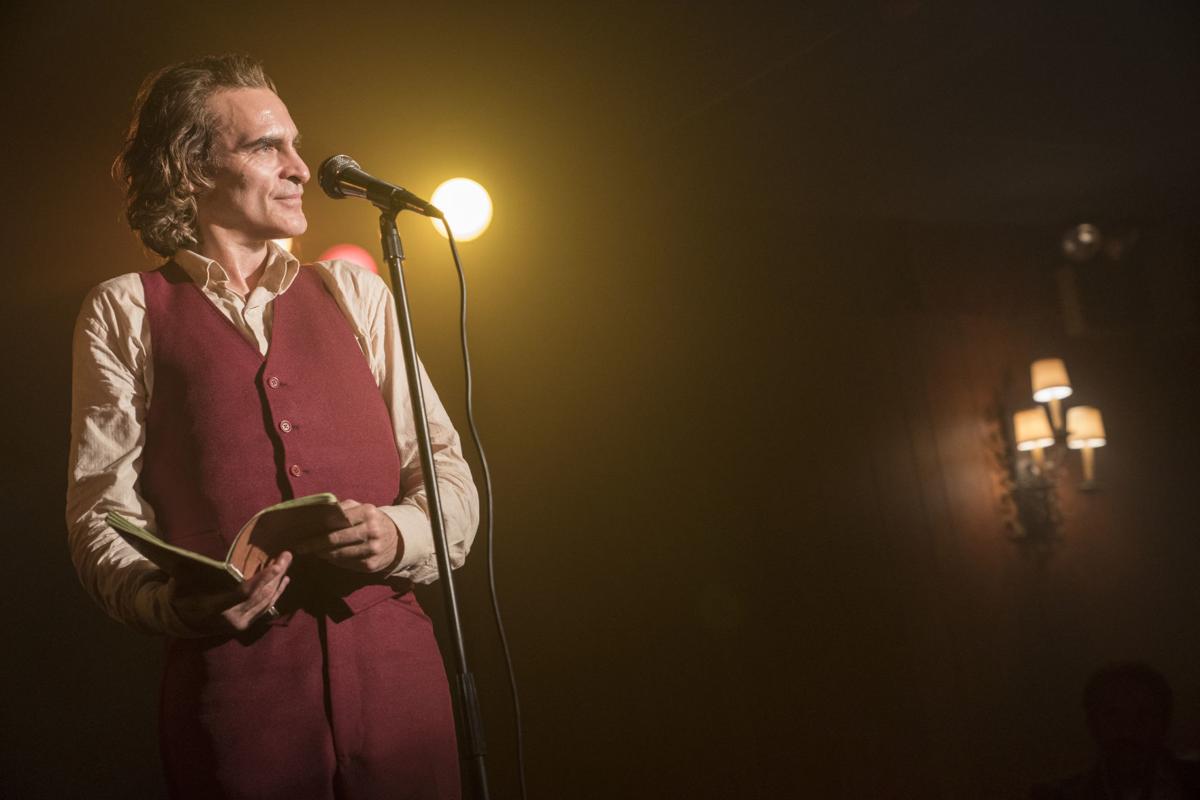 It’s hard to take your eyes off “Joker” star Joaquin Phoenix, who plays Arthur Fleck as he spirals into becoming one of Gotham’s greatest criminal masterminds.

There’s no better way to encapsulate the experience of watching Joker other than to call it disorienting. The film puts you in this strange state of mind, and you won’t be entirely sure what to make of it. You are essentially following around a corrupt soul who slowly slips into madness. And because you follow him every step in the journey, you begin to ask yourself: Is it OK that I feel for him? Is it appropriate that I laugh at some of the things he does or what happens to him?

Joker is a film that is simply trying to elicit a response and provoke viewers. It is not what you will be expecting from a big-budget movie with a DC logo slapped on it. How the director of the Hangover trilogy (and other bro comedies) made something that is on par with Taxi Driver is utterly shocking. So prepare to be upset, offended, disturbed and amazed that a mainstream piece of art dares to go where it does.

Directed by Todd Phillips, Joker sees a top-of-the-line Joaquin Phoenix portraying Arthur Fleck as he spirals into becoming one of Gotham’s greatest criminal masterminds. We watch as he is beaten in the streets and is constantly ridiculed by those around him. Whether it’s a colleague at his professional clown job or those he encounters as a failed stand-up comedian, it all feeds into the idea of Arthur becoming the next Travis Bickle (Robert De Niro’s character from Taxi Driver). He’s the kind of guy you look at and are immediately scared of because you have no clue what he is thinking or what he’s capable of. (Any long stares of him smoking a cigarette is only something Freddy Krueger could conjure up.)

From the well-crafted theatrical trailers, you have a loose notion of what to anticipate in Joker. It’s reflective of not only Taxi Driver but also other Martin Scorsese properties like The King of Comedy and Cape Fear as well. It also shares character DNA with Jake Gyllenhaal in Nightcrawler and Phoenix in both You Were Never Really Here and The Master. However, Joker is dialed up a few notches on the meter.

Phillips gets incredibly intimate with Phoenix’s character. He will quite often leave the camera rolling as Phoenix twirls around a room and laughs hysterically. It seems to be for no apparent reason other than to make you uncomfortable. All you want to do is run in the other direction, but simultaneously you can’t take your eyes off Phoenix. He demands your attention. You desperately want to figure him out, but Arthur is an unsolvable Rubik’s Cube. Just when you think you have all the colors aligned, the film shifts.

The script, written by Phillips and Scott Silver (The Fighter), takes inspiration from other written and visualized Joker works, but it’s also its own breed of anarchy. There’s a lot to read between the lines in Phillips’ take, most notably about the rich versus the poor.

Without getting too much into the details, Thomas Wayne (Brett Cullen, who oddly played a congressman in The Dark Knight Rises) plays a crucial role in Joker. You may know him as Bruce Wayne’s billionaire father who built a business empire that is eventually taken over by his son. In this depiction, Thomas Wayne is running for mayor of Gotham.

How Phillips colors the people we recognize as heroes from other Batman stories is astonishingly complex. It’s as if the filmmaker is suggesting that heroes and villains coexist within us all. We each have light and darkness inside of us. Some tuck it away and store it in virtual closets, while others (like the Joker) wear it on their sleeves.

I don’t believe the film is trying to suggest anything with that subtext. Phillips doesn’t want us to paint ourselves up like a clown and raise hell. He merely wants us to stew on the ingredients. Joker is a cautionary tale of sorts that wants us to be more careful about how we navigate our lives and treat others.

If there were a platform for me to analyze Joker further, I would be here all day. I have thoughts about many scenes. That’s what ultimately makes Joker such an exceptional film. Not only does it look and sound good (the musical score and camera work deserve Oscar attention just as much as Phoenix’s performance), it’s not a clearly defined cinematic experience. We will undoubtedly be picking it apart for years to come.

If you leave Joker angry, it’s a completely natural reaction to have. It was born to ruffle your feathers. Whether you get around to loving it or hating it, one thing is for sure: You will never forget it.