Now available on disc and digital from Universal Pictures Home Entertainment is Let Him Go, a powerful and intense drama.

Set in the 1960s, the film stars Kevin Costner and Diane Lane as grandparents, George and Margaret Blackledge of Montana, trying to rescue their grandson, Jimmy, from a dangerous family living off the grid.

To celebrate Let Him Go’s Blu-ray release, the Denton Record-Chronicle spoke with author Larry Watson, who penned the 2013 novel that the American neo-Western drama is based on.

Preston Barta: I apologize in advance, but I have to begin this interview with a personal story. I lost my cousin back in October. He was around my age, and he leaves behind a son who’s 3 years old — just like my son, and just like little Jimmy Blackledge in the film.

I appreciate it. So, this movie really affected me because I’m thinking about my aunt and how she’s in a situation quite similar to George and Margaret Blackledge in this story. It’s strange how things can line up in your life, where something tragic happens in your life, and then you come across a book or a movie that opens you up in a big way and provides healing. What are your thoughts on those kinds of occurrences, and has something like that ever happened to you?

I know exactly what you're talking about. I can't quite think of an example now right, offhand. I think sometimes we don't even know it. We read something, and it has a powerful effect on us. It's not until we start probing a little bit that, maybe, we come to realize, ‘Oh, my. Yeah. That hit me right when there's something else going on in life.’ But also, movies and books create those feelings, too. And then maybe it goes back to your life and makes you realize something: ‘Oh, what would it be like if I lost somebody or something like this happened in our family?’ 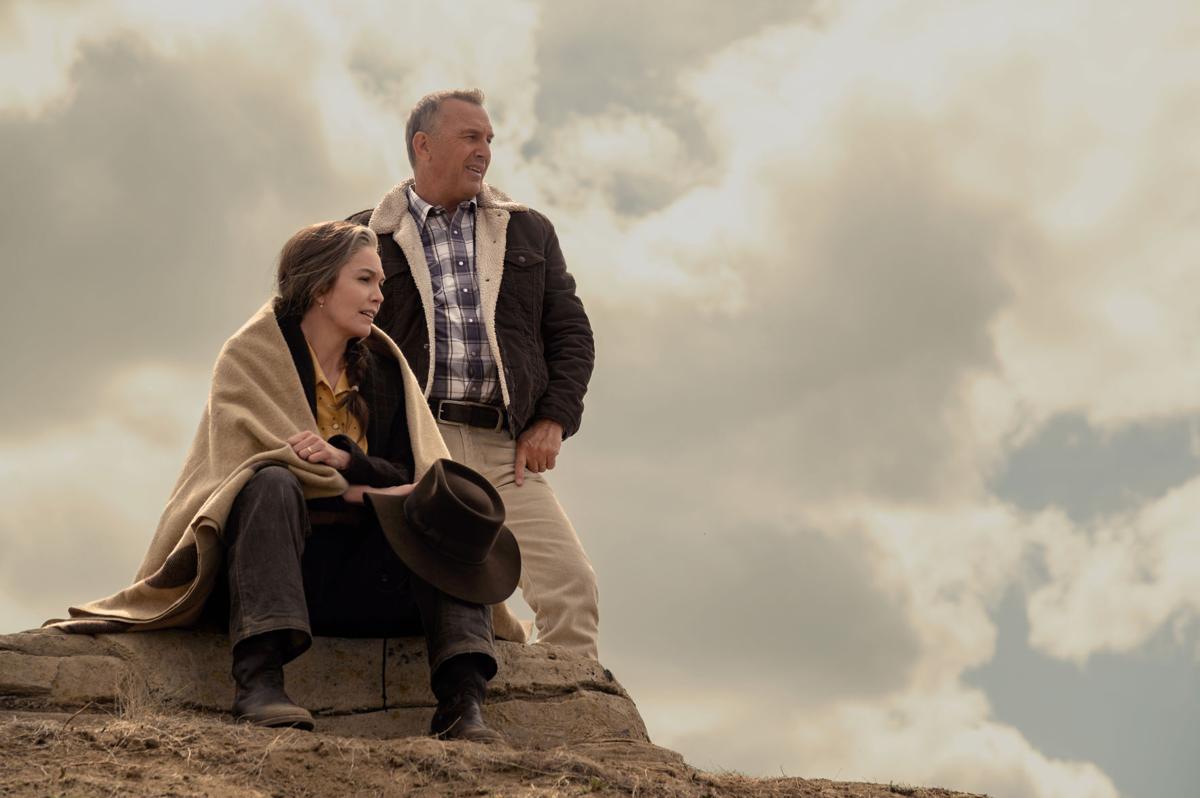 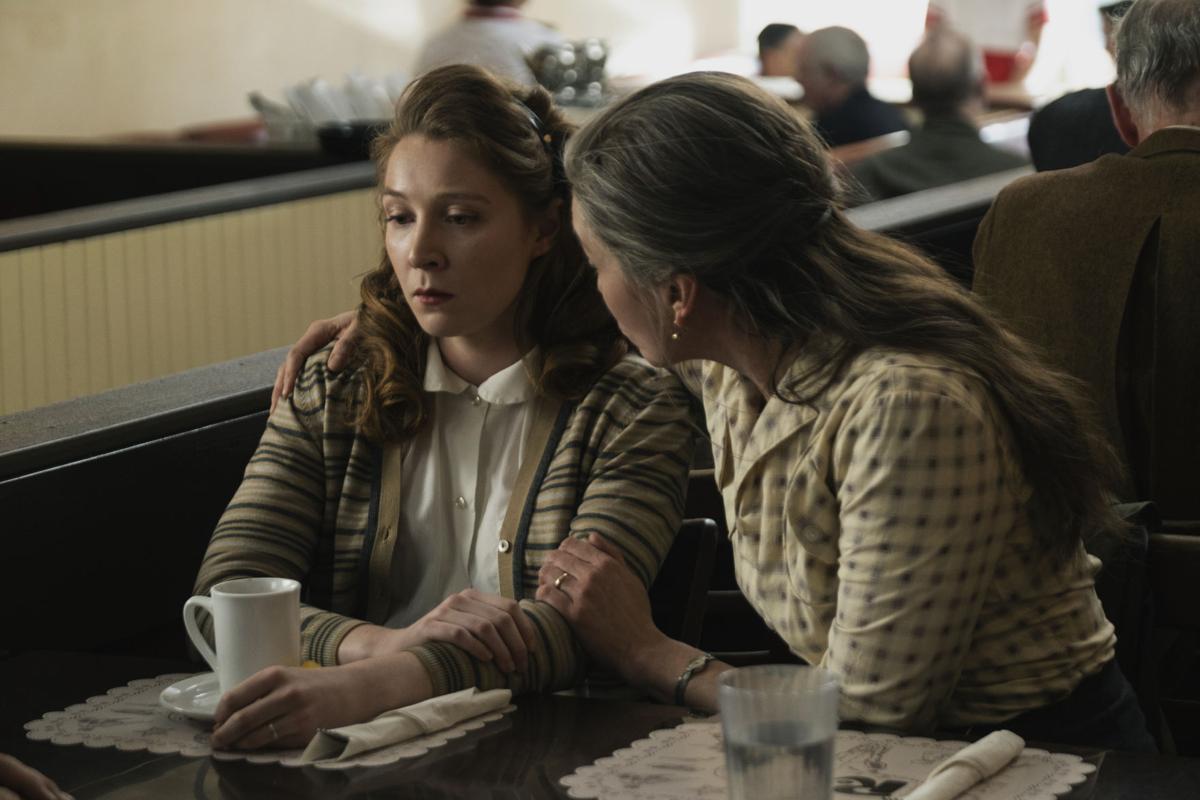 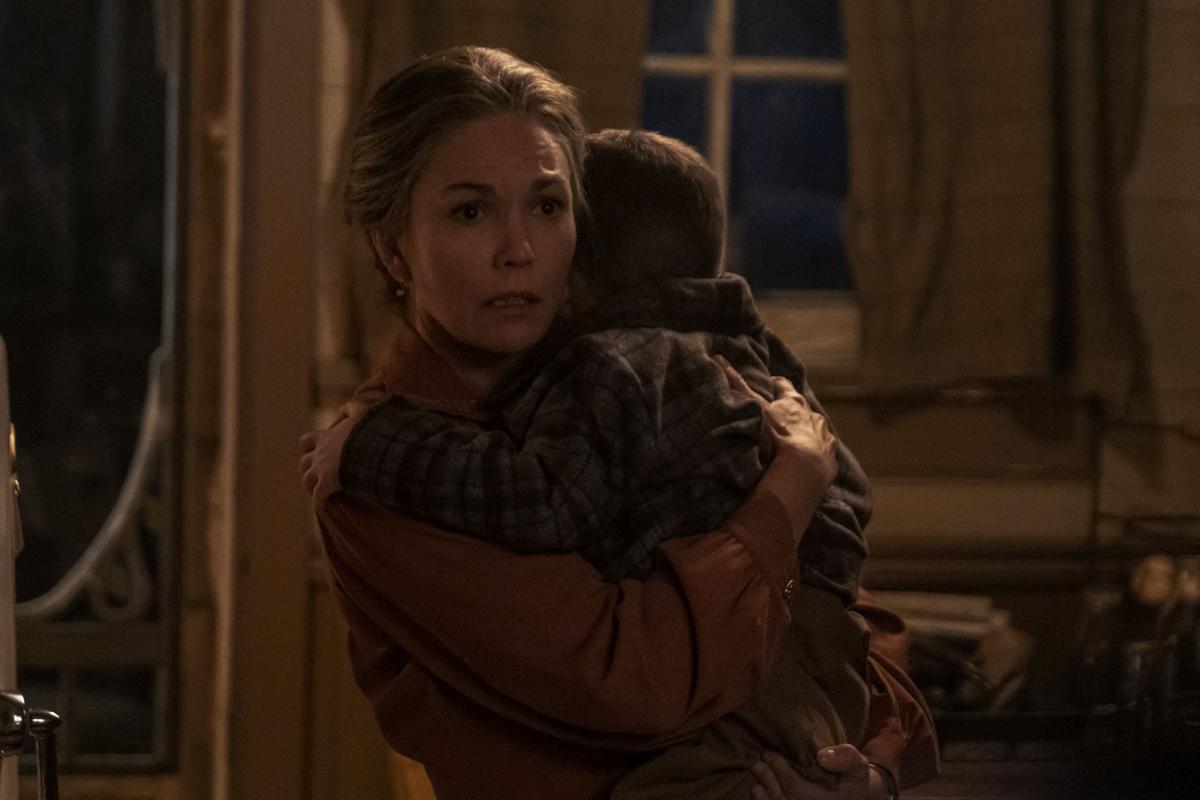 'Let Him Go' confronts parents' having to bury their child

Oh, absolutely. It has the power for me. I’m a very quiet, reserved person. I keep many things in, and film is my way of unleashing a lot of my emotions. When I watched this film, moments like Margaret and Strawberry [her horse], and later when George comments on that particular moment, stood out because it shows how certain things stick with you as you grow older. I just thought, “Wow. That’s how I am all the time!” I observe things and take it all in. I think about memories that would perhaps seem strange to people.

I know exactly what you're talking about. I'll just say something about that particular theme. Well, first of all, when I was a kid, I had a horse. The horse was named Strawberry. We weren't close. We lived in town, but my father had a farm and leased it to a family. And my horse was on that farm. But the kids on the farm, they were with the horse a hell of a lot more than I was. And they named the horse Strawberry. So, it's a joke in our family because I would never — when I was 3 or 4 years old — would never have named my horse Strawberry. I mean, it would have been Black Fury or something like that. But there's something else in that theme that is much more personal, emotional, and deep for me — and that's when Margaret says that she whispered in the horse's ear those memories that they had together.

It wasn't that many years ago; we had a cat. We'd had her for 20 years. And when she had to be put down in the vet's office, my wife whispered in her ear, memories. I'd forgotten that I'd put that in the book, and during the filming of that scene, my wife and I gasped. It really got me. My wife said, ‘You know it's in the book, don't you?’ And I'd forgotten that.

Well, it’s a very beautiful scene. I love that the moment has a full circle journey, too. My mind tends to look for poetry in everyday things like that. When the words come to you, do you have to immediately write it down no matter where you are? Or, do you stew on ideas before putting pen to paper?

No. I don't take notes. Sometimes, I know when something has struck me. What you referred to, that sort of poetry in everyday life. Maybe I'll know at the time, but I'm not even sure if I'll use it. But what is more likely to happen is that when it comes time to write, one of those moments might come back, perhaps because I'm writing a scene like that or a place like that. I write more from memory than from observation. But, of course, those memories are often based on observations. And then you add imagination to it to make something that you hope works for fiction.

That makes sense. I was curious about the journey you went on when writing this story. I wasn’t sure if you plotted it all out or if you go for a ride like the rest of us.

I feel as though I'm along for the ride. I'm making it up as I go along. I don't know well in advance what's going to happen. I like to make discoveries. But one of the ways that I do that is to try to imagine the scene as fully as I can and note the details of the scene. And, of course, not every detail that you see or imagine can make it in. But the ones that I trust are important to the story, I always think sort of stick in the filter of memory.

Through your story's visualization, what surprised you and caused you to reflect further on your own writing?

The characters, George and Margaret, in particular. They were very close to the way I had imagined them. But these are real-life embodiments. I wasn't imagining Diane Lane. I wasn't imagining Kevin Costner. And yet, when they spoke, and the way they acted and gestured, I thought, ‘Yeah. That's pretty close to the way I imagined them.’ And then even more. Sometimes, they sent me back to my characters, and I wondered, ‘Did I have this in them or [for example] is Diane Lane's acting ability showing me something in that character that I wasn't even sure was there?’

Ooh, interesting. Yeah. There’s a lot of subtlety in the film, and that’s why I like it so much. I like the mystery of it, and how it leaves room for me to fill in the voids on my own — such as the role Peter Dragswolf, the young Native American man that George and Margaret meet along their journey, plays in this. I love thinking about the deeper meanings of the relationship between Peter and Margaret, especially the look they give each other. Is subtlety a key tool that you recognized early on in your career?

I'm not entirely sure. I feel as though the readers and I are in this together. I want to try to do things when I write that will engage the reader. Sometimes, that engagement means that they are involved in making the story with me. If you just tell them everything - and you're obvious about everything - they're not participating in that way that you just described. If you were subtle about something - and, sometimes, I'm not subtle on purpose—I'm just writing a scene, and there are things in it that I'm not aware of when I'm writing. Only after the fact, maybe, from readers or a discussion with an editor, do I realize, ‘Oh, yeah. That's in there, too.’

When you were talking about that look between Margaret and Peter Dragswolf, I just flashed to that scene when they were talking outside. And I realized, ‘Yeah. There's a lot in there.’ I mean, here's a lost boy, and maybe she is especially sensitive to what his life is like. Because she has lost a son, and now she's worried about losing a grandson. And yet it's a very quiet scene. There are just no dramatic revelations there, unless it comes from when he says, ‘I'm not alone. I'm talking to you.’

Right. I’m just a sucker for genuine moments like that when they’re not all decorated up just because it’s a movie. For instance, I love the relationship George and Margaret have. I don’t need to see their entire life story played out. I can pick up on the unique love they have for each other from the way they hold hands when they’re alone together.

Like you, I'm a quiet, reserved person. My wife is more outgoing. But after you've been married for a long time, there are ways that you communicate without words. And I thought Kevin Costner and Diane Lane, as well as director Thomas Bezucha, captured that so well in the film. When George comes out of the store with that bottle of whiskey, there's just a brief exchange between him and Margaret. Suddenly, we know the whole history behind them. I think that's remarkable.

Yeah. They don't have to argue. It's just understood.

Lastly, I wanted to bring up the story’s title, which goes on a journey just as much as the characters do. It changes meanings throughout the movie. When did the title come to you?

It hit me when the people at the publishing house said, ‘I think we've got a better title than yours.’ [Laughs] My title was ‘Bring Back the Boy.’ And they said, ‘How about Let Him Go?’ I instantly realized how perfect it was because it works in so many different situations and on so many different levels for the novel. I thought it was brilliant. I can say that without boasting because that wasn't my title. Whoever came up with it, I can't remember who it was at the publishing house; maybe it was my editor — Yeah. I thought it was a wonderful title.

In addition to purchasing or renting the film ($5.99 to rent digitally through Amazon Prime Video, or $22.96 to own on Blu-ray disc), you can pick up Larry Watson’s novel at your local bookstore. Currently, it is $13.93 on paperback through Amazon.