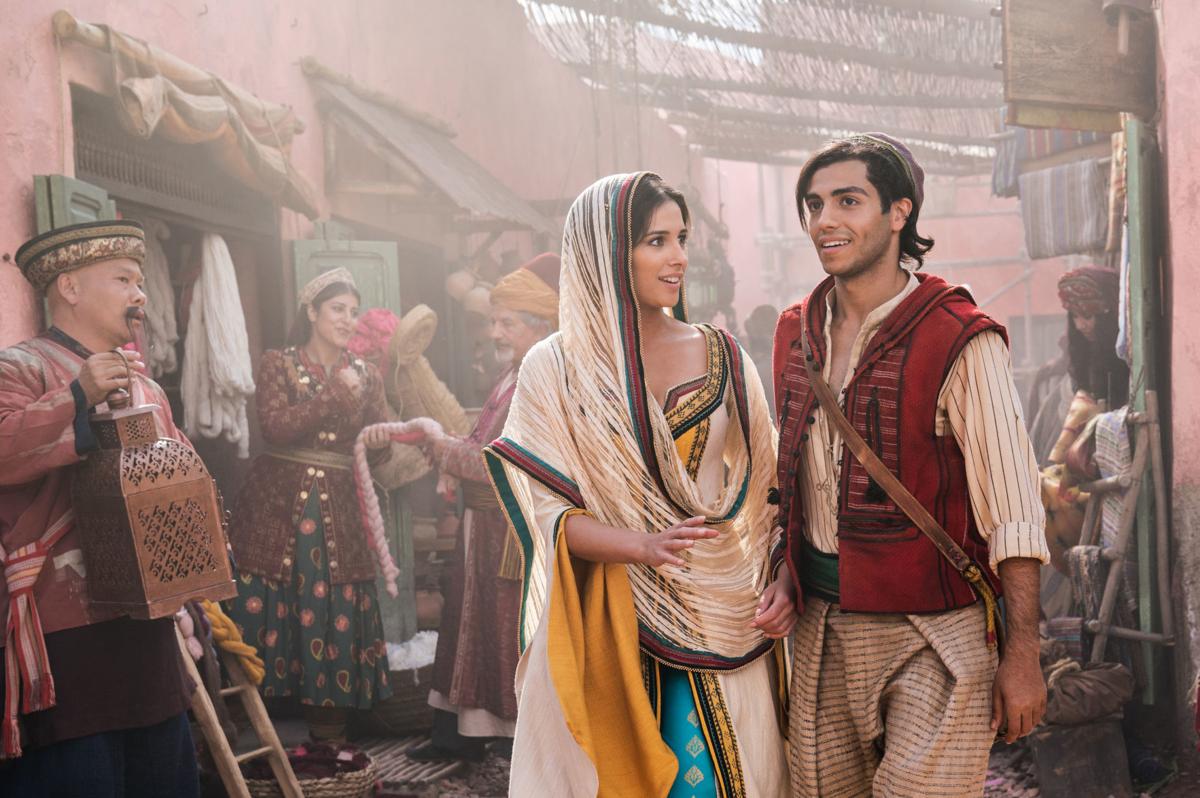 Naomi Scott as Jasmine and Mena Massoud as Aladdin in Disney’s live-action adaptation of “Aladdin,” directed by Guy Ritchie. 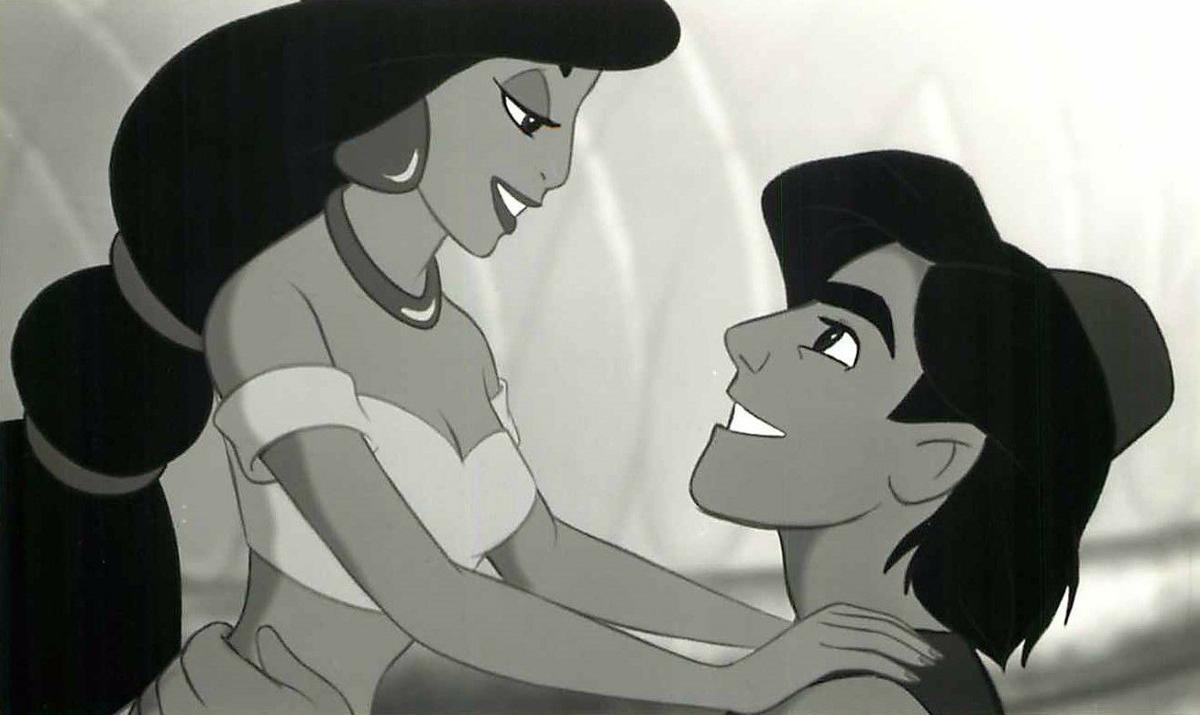 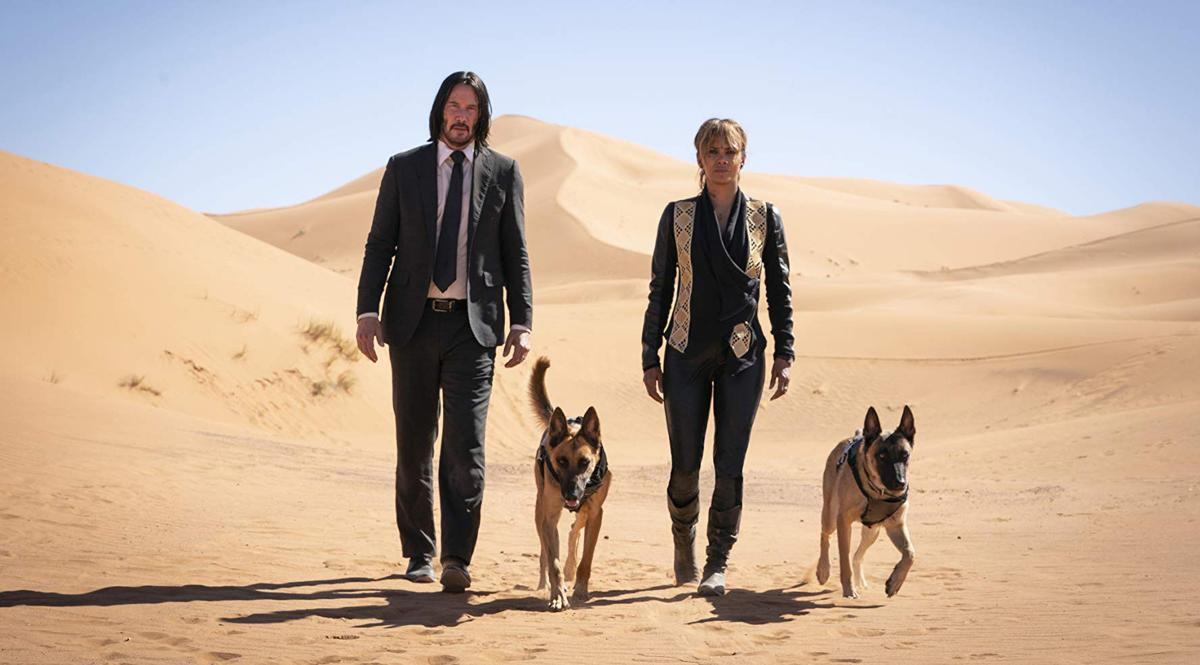 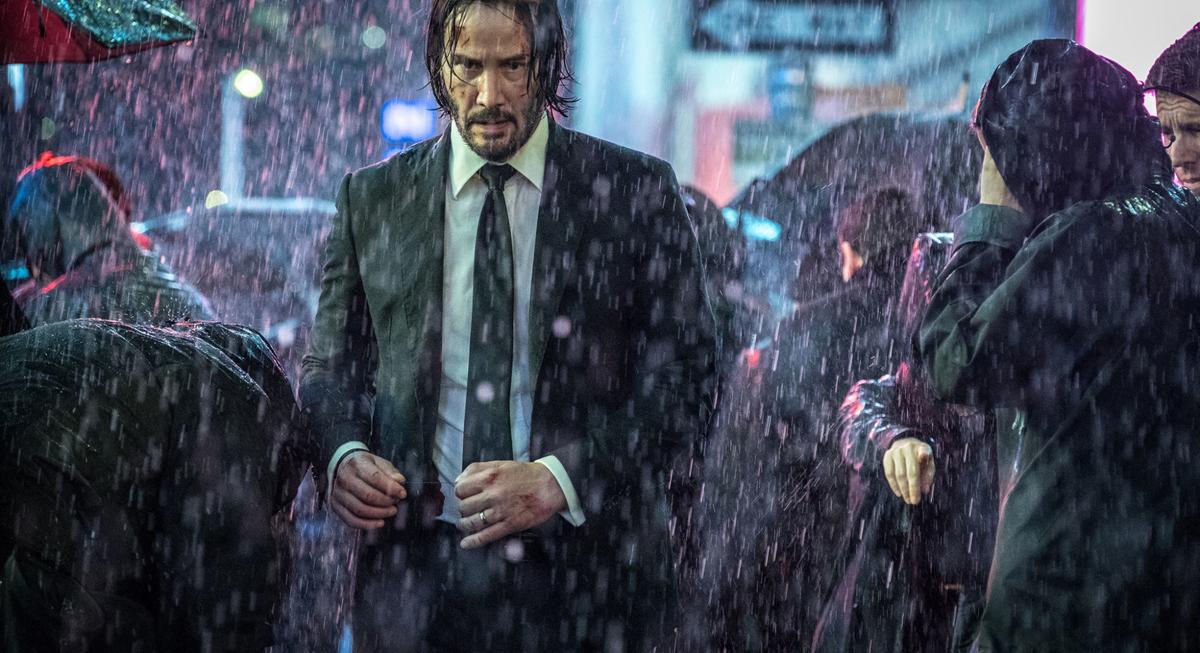 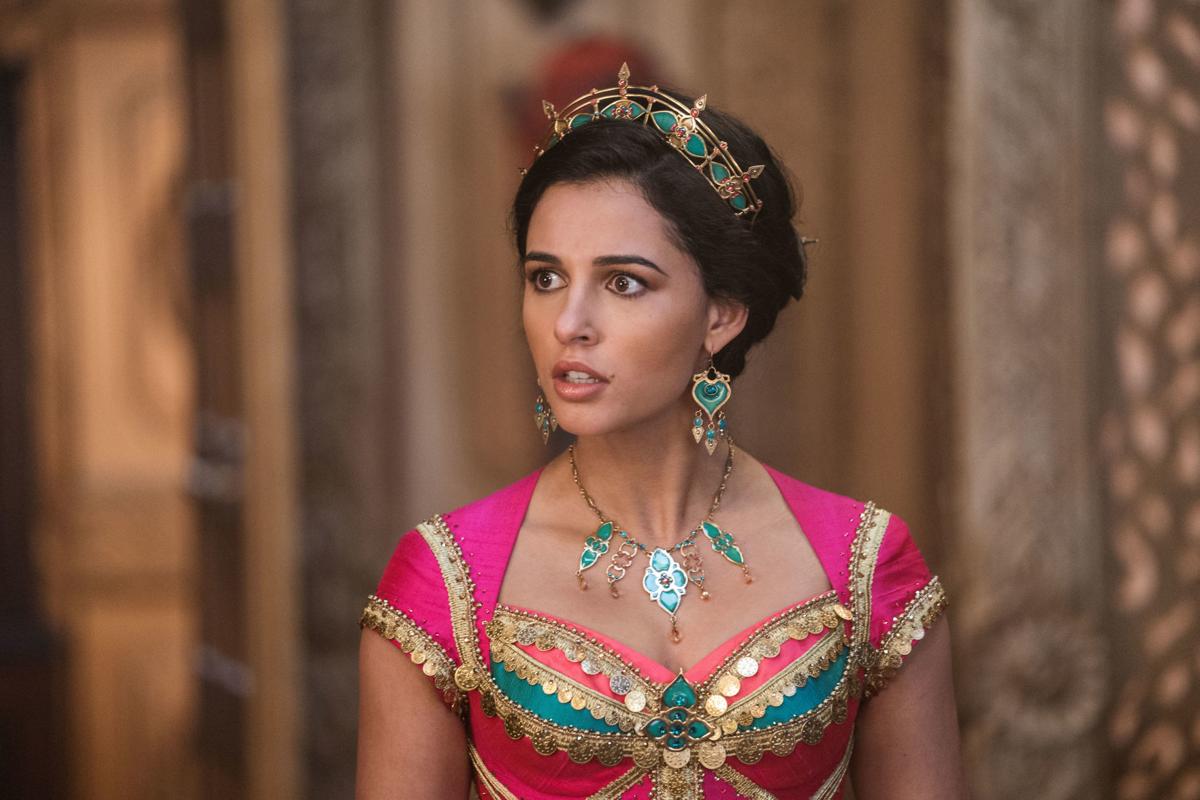 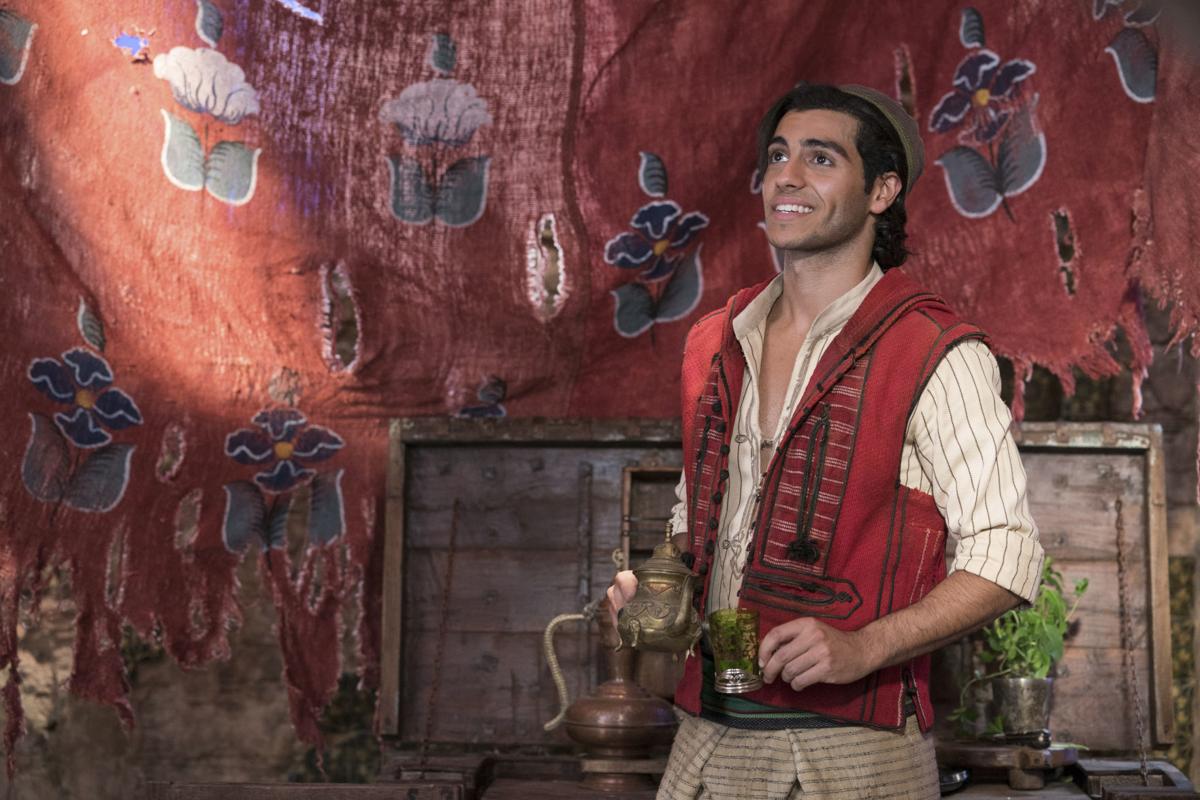 This image released by Disney shows Mena Massoud as Aladdin in Disney's live-action adaptation of the 1992 animated classic "Aladdin." (Daniel Smith/Disney via AP) 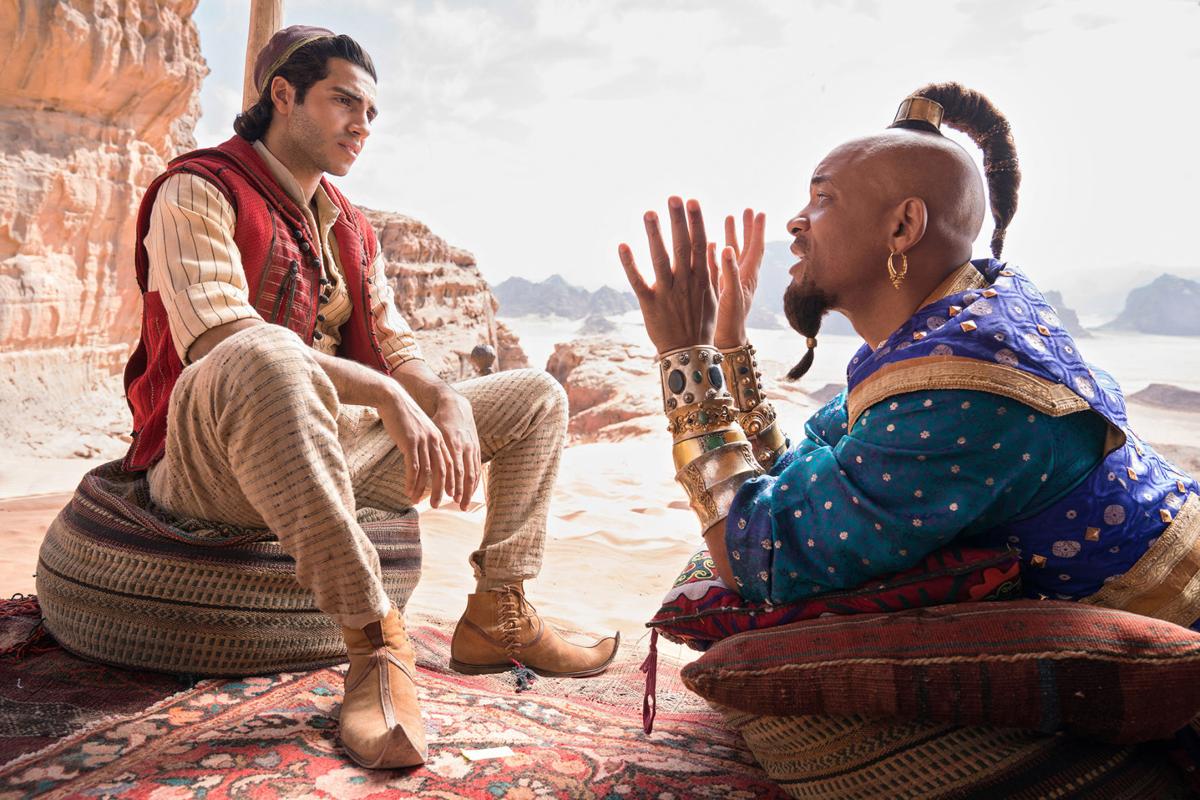 From left: Mena Massoud and Will Smith in Aladdin. 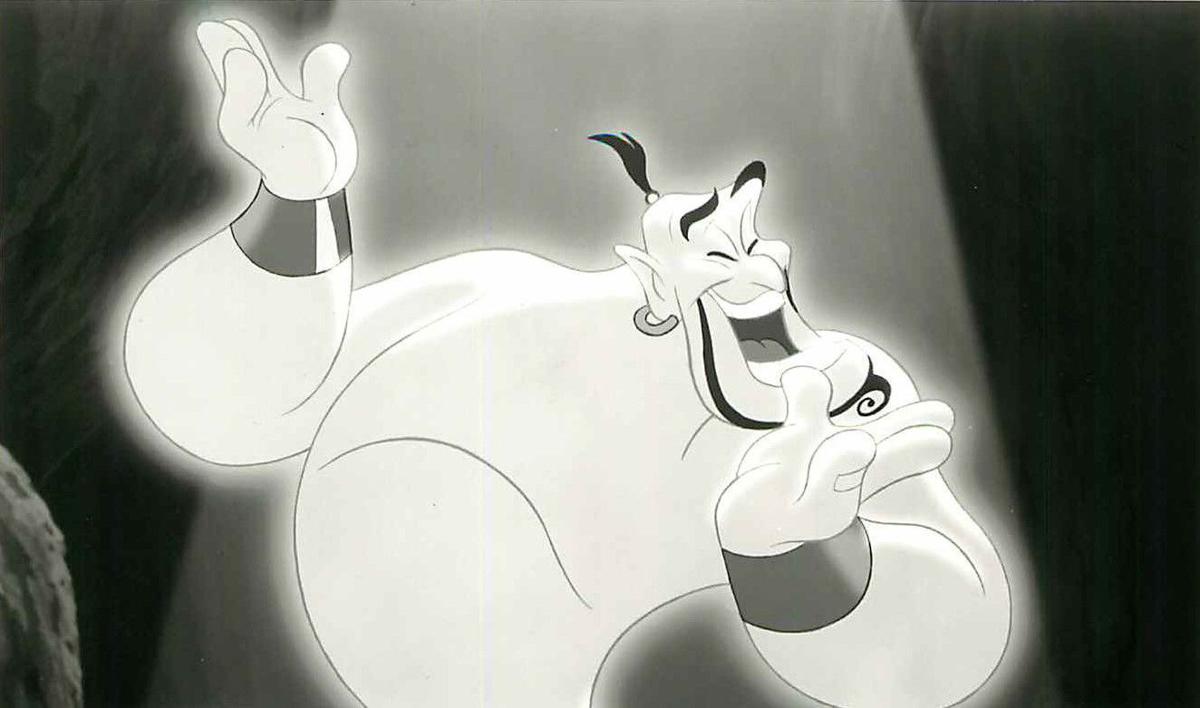 The genie, voiced by Robin Williams, in the Disney 1992 animated blockbuster, Aladdin. 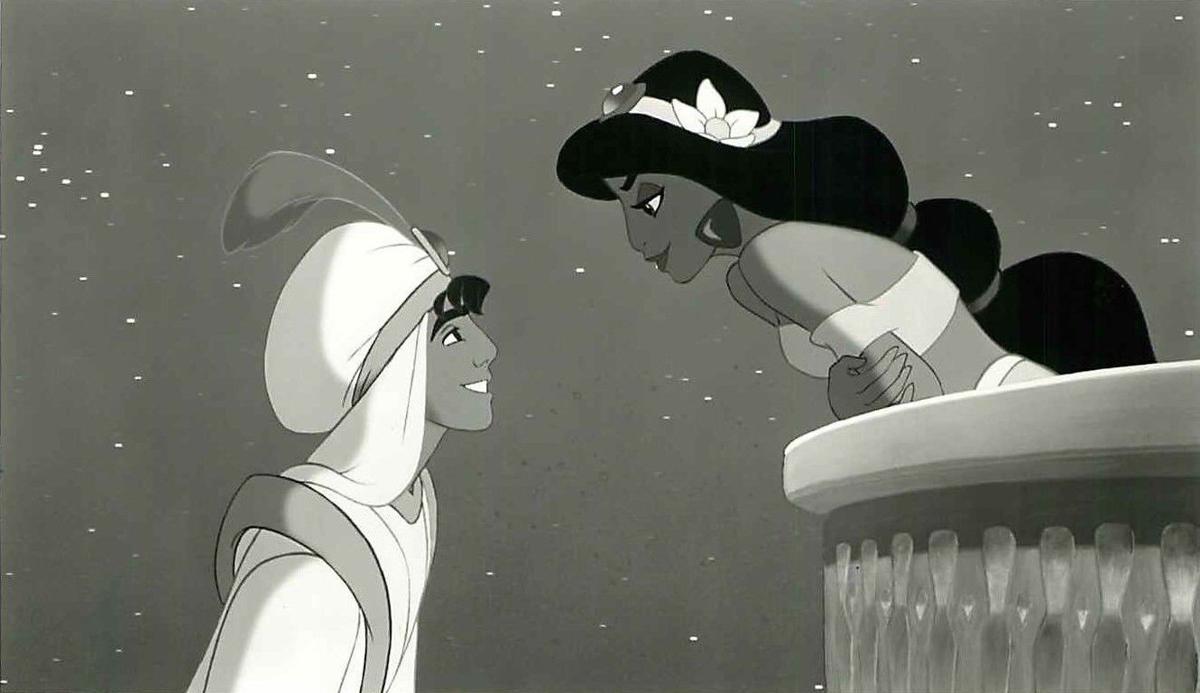 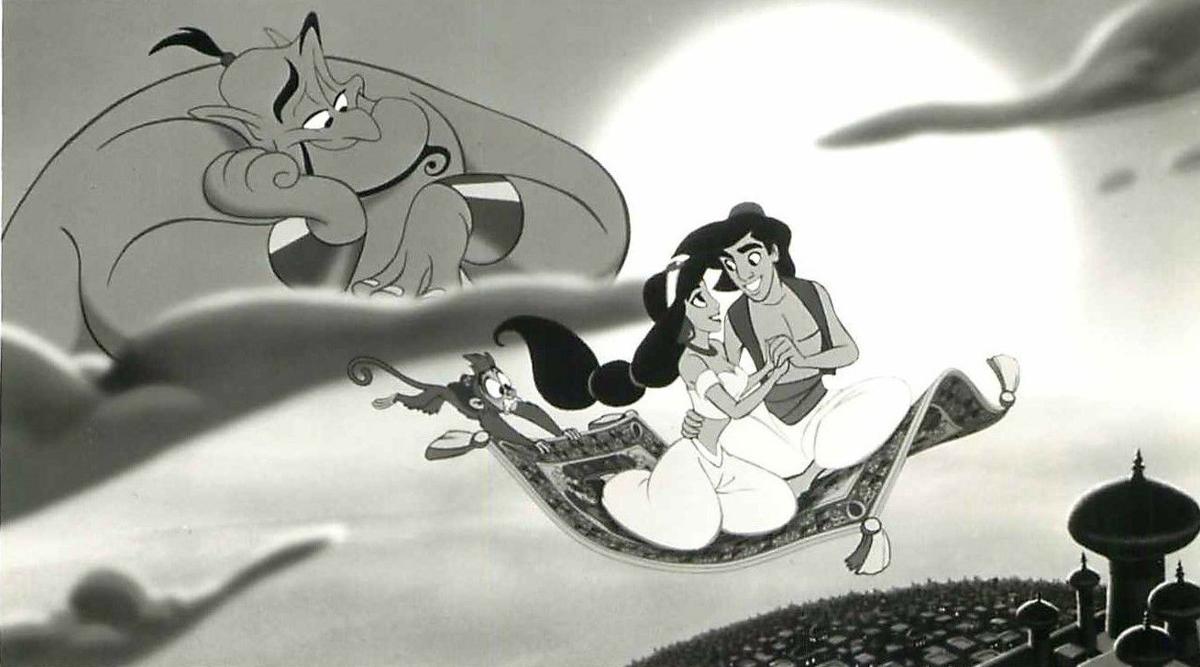 This image released by Disney shows Mena Massoud as Aladdin in Disney's live-action adaptation of the 1992 animated classic "Aladdin." (Daniel Smith/Disney via AP)

From left: Mena Massoud and Will Smith in Aladdin.

The genie, voiced by Robin Williams, in the Disney 1992 animated blockbuster, Aladdin.

Twenty-seven years ago, in the fictional city of Agrabah, a street urchin, a beautiful and outspoken princess and a lively genie were at the center of another groundbreaking animated musical from the House of Mouse. Following the romantically driven entries The Little Mermaid and Beauty and the Beast, Aladdin quickly became a touchstone in Walt Disney Pictures’ vault of animated adventures.

This week, Disney is re-releasing the animated Aladdin into the Walt Disney Signature Collection alongside the HD disc release of new live-action feature.

1992’s Aladdin truly is a film filled with wonders. I can remember watching it for the first time as a kid with my mouth agape, amazed at the screen’s sense of magic and infectious energy brought by Robin Williams as the Genie. I can also recall my parents watching it with me, laughing at some of the surprisingly sly humor. To do one of those things is impressive, but to manage both in the same movie is incredible.

Over time, Aladdin faced criticism over its negative portrayals of Arabs and Muslims, and the Orientalism that exists in its imagery and music, among many other aspects. It is not a perfect film as seen through today’s lens. Many Disney classics aren’t. But that shouldn’t stop you from watching them, absorbing the positive aspects (like Aladdin’s message about being true to oneself) and having discussions with your children. It certainly won’t stop me. I plan to show my son all the Disney films I grew up on, especially Aladdin.

The Diamond Edition of Aladdin was released back in 2015, but what’s great about this new Walt Disney Signature Collection version, aside from the 4K picture presentation, are the new bonus features. The special features will provide a lot of joy for Disney enthusiasts. There’s a new sing-along with the movie feature, some never-before-seen clips of the voice cast reciting their lines and singing in the recording booth, and two alternate endings.

The two alternate endings are merely storyboard art drawings with audio or music played over them. But it confirms a theory about the Peddler (the comical merchant character also voiced by Williams) that may interest fans.

There are also over 40 bonus features from previous releases of Aladdin, including a digital exclusive where audiences are invited to join prolific animator Eric Goldberg as he draws and reminisces about the Genie.

The most notable featurette, however, is “Aladdin on Aladdin.” It features Scott Weinger (the voice of Aladdin) as he reflects on almost 30 years of portraying the character. We catch up with the actor and see how the film impacted his life and his fellow cast members as he sits down with each of the living talents. There are sweet moments like Weinger talking to his mom, his premiere date Candace Cameron Bure (with whom he worked on Full House at the time of the film’s release) and his children.

If you don’t already own Aladdin or haven’t upgraded your clamshell VHS, this latest edition will take you on a magic carpet ride down memory lane.

Aladdin (2019) (★★★) I put off seeing Guy Ritchie’s live-action version of Aladdin because it didn’t appeal to me. I haven’t really liked any of the live-action Disney remakes (save for Cinderella), and the images and trailers didn’t look promising. The internet turned Will Smith’s blue genie into a joke. Memes and GIFs sprouted up, and no one was living it down. Then reviews started to roll in, and audiences seemed to like it. After finally watching it myself, I don’t believe it’s a stroke of genius, but it certainly isn’t bad.

The new Aladdin follows the story of the original 1992 animated film pretty closely. It adds more character interactions, jokes, fixes the social and racial problems of the cartoon, and adds a new song or two. It takes about 20 minutes to get going, but once Will Smith comes into the picture (and surprisingly, he’s very good in the shoes of Williams), the movie gets its legs. So many of the live-action Disney remakes strive for realism. Aladdin, for the most part, still feels like it operates in a fantasy story.

While a lot doesn’t work — such as the wooden performance from Marwan Kenzari as Jafar, a new song from Jasmine (Naomi Scott) and the elaborate set designs and costumes, which make it feel more like a stage play than a true cinematic experience — I have to applaud this new Aladdin for holding my attention. If the thought “Oh, God! I need to shut this off and just watch the original again” doesn’t come to mind too much, you’re doing pretty well.

Extras: The Blu-ray combo releases six deleted scenes, a blooper reel, music videos, a behind-the-scenes video journal made by Mena Massoud (who plays Aladdin), and two featurettes (one with Ritchie and the other with Smith discussing his experience playing the Genie).

John Wick: Chapter 3 — Parabellum (★★★★½) What makes the John Wick movies so impressive is how fully formed they are. The trilogy is so incredibly detailed that it’s astonishing that it isn’t part of an established canon. Besides all of the mesmerizing combat, the dry wit and the emotional hook for dog lovers, the fetishization of underworld etiquette (the code shared by assassins, the operation of the Continental Hotel and the slick attire everyone wears) makes for an immersive crime world to delve into.

In John Wick: Chapter 3 — Parabellum, the franchise’s Wick-ipedia expands. We see how other parts of the world coexist with what’s been established in New York, and we learn how anyone on the street could be a ruthless assassin. It could be someone working construction around the corner, someone making sushi at a street-side bar or a homeless person begging for change in an alleyway — anyone trying to appear to live a quiet, normal life like you and me, but with an Uzi tucked into the belt or a knife hidden up the sleeve. It’s intense to explore, and it only raises the stakes for what’s to come.

So, get ready for a two-plus-hour symphony of violence and mayhem. Like Mad Max: Fury Road, Chapter 3 starts off running and swinging, and it doesn’t stop until the credits roll. It’s some of the greatest action you’ll ever see. It’s a film that will outlive us all and will be studied by filmmakers and stunt operators for many years to come. It’s a groundbreaking feat and one of the year’s very best. God bless Keanu Reeves.

Picture quality and extras: The 4K Ultra HD release of the film is super slick. The budget for Chapter 3 was much higher than for the previous two films, and the attention to detail shows in the 4K presentation. The way the rain splashes on the streets and the neon lights illuminate the sets (especially during the final showdown at the Continental Hotel) — holy hell! The combat is even more visceral with its sharper image and thunderous multidimensional sound.

Another bonus is (which is super rare thus far with 4K releases) all the special features are available to watch on the 4K disc. Typically you have the main feature in 4K and all the bonus material is on the standard Blu-ray. But here, you can watch all 13 bonus materials in 4K.

A majority of the featurettes are dedicated to the stunts. It’s quite clear the actors and filmmakers went through a lot of training to make the action pop. Watching Reeves flip stunt guys, Halle Berry build a bond with her character’s two dogs, and Mark Dacascos (who plays the film’s antagonist) dish about how he essentially trained his whole life for the part all makes for exceptional viewing. It will have you loving and appreciating the world of John Wick even more.

PRESTON BARTA is a member of the Dallas-Fort Worth Film Critics Association. Follow him on Twitter at @PrestonBarta.