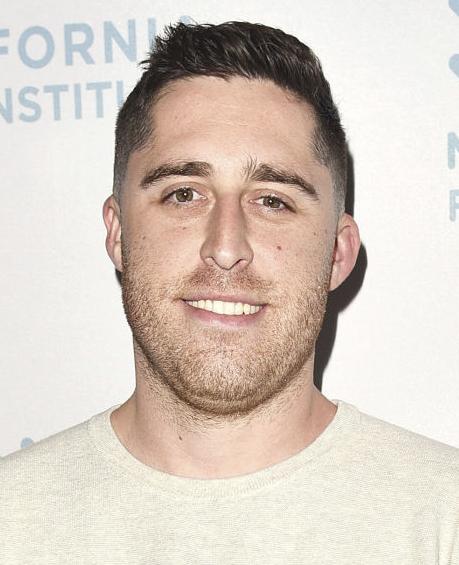 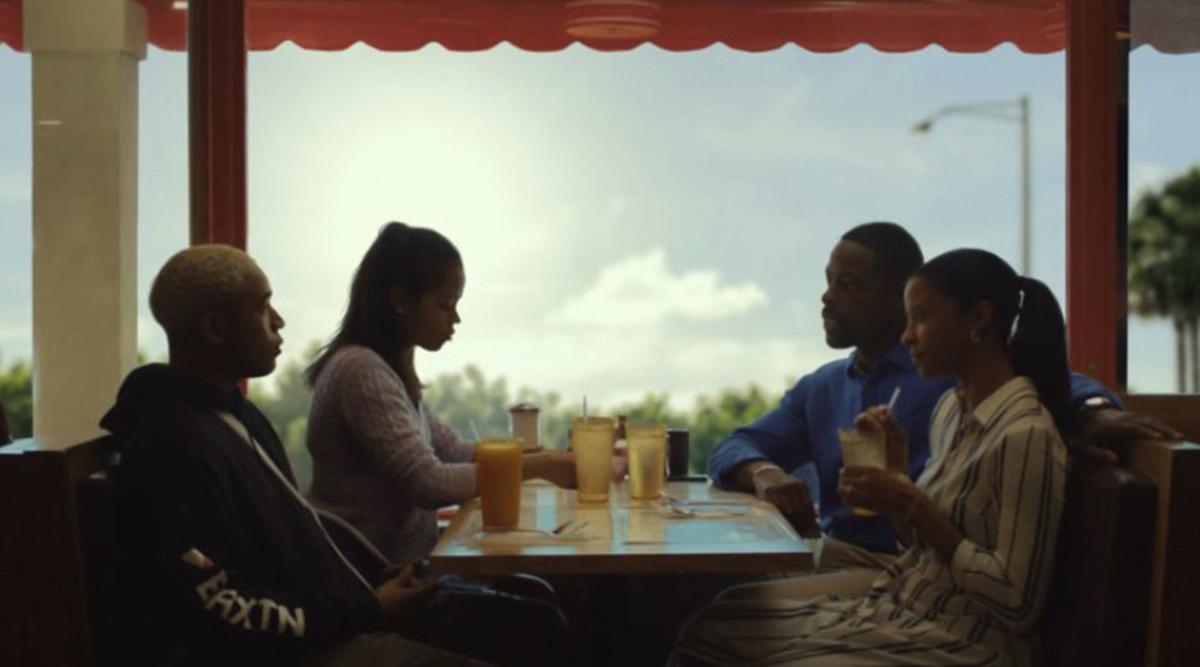 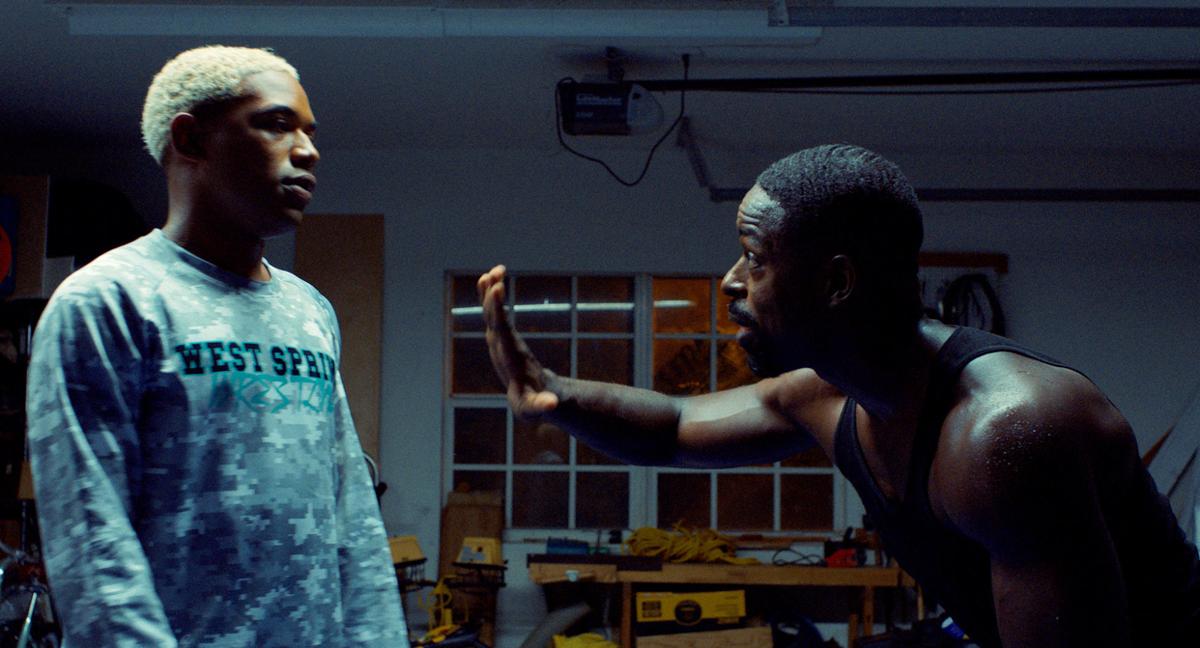 Kelvin Harrison Jr., left, and Sterling K. Brown play a son and father who don't have the best relationship in "Waves." 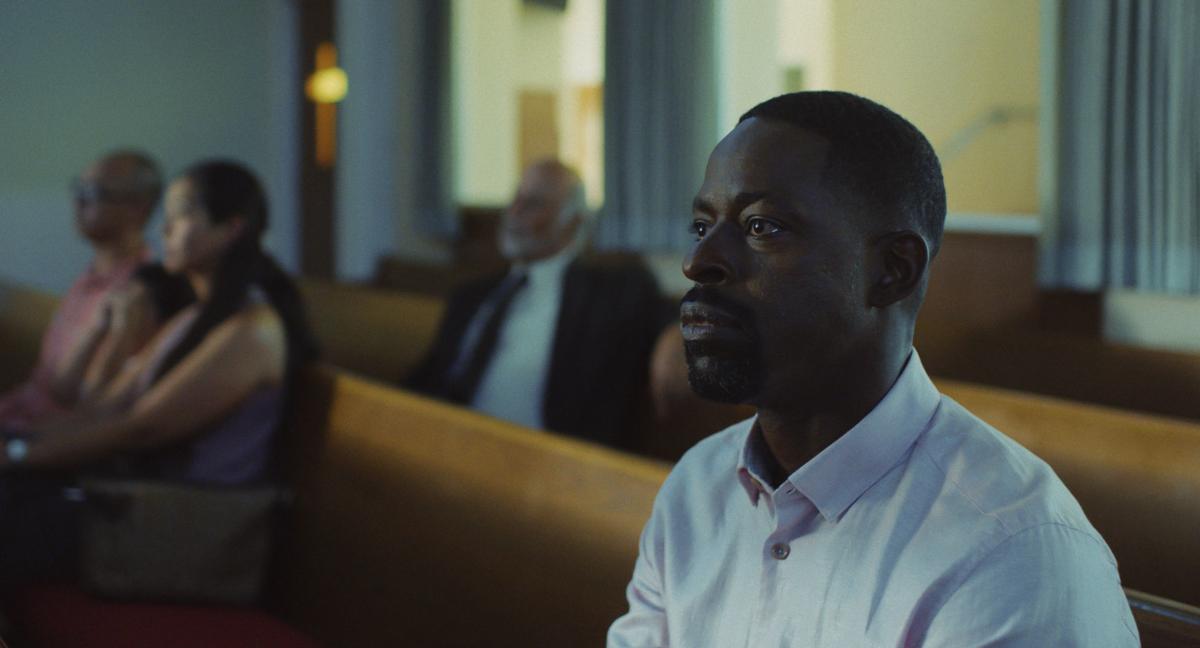 As much as we value the achievement of a stunning tracking shot or the twists within a tightly wound thriller, we all need a good cry every now and then. Often it’s the most emotionally crushing narratives that exist in our collective cultural memory the longest. Film and television titles such as The Notebook, Terms of Endearment and This Is Us nestle in our hearts and minds and disarm us in a fashion that allows us to take in a much larger world.

Trey Edward Shults (It Comes at Night, Krisha) is a filmmaker who firmly believes this. He uses his stories to unearth stored-away feelings and connect. Shults’ new drama Waves — his finest work to date — tracks the emotional arc of a black suburban family (Kelvin Harrison Jr., Taylor Russell, Sterling K. Brown and Renée Elise Goldsberry). He uses a diptych structure to subtly but powerfully show how the pains, pressures and disappointments of life disunite and bring the family together. It’s a remarkable story of loss, discovery and healing.

Although this gut-wrenching territory may steer you toward happier avenues of storytelling, believe me when I say the journey and where it leads are well worth the trip. The character growth, interactions and decisions instill the viewer with something to keep. It’s material to absorb, relate to and learn from.

Shults injects his film with tender authenticity and provides his actors and filmmaking crew with space to truly thrive. Nothing rings false. Behold one of the most moving films of our time.

The Denton Record-Chronicle recently sat down with Shults when he made a tour stop in Dallas to share the film with audiences. We discussed the film’s emotional richness, its universality and Shults’ process for capturing the human condition.

Preston Barta: So much of Waves, from what I have gathered, is taken from your personal experience, or a collective experience between you and the cast and crew. What does this cinematic journey contribute to your understanding of the world and humanity at large?

Trey Edward Shults: At a base level, this movie is the highs and lows of life and love and everything in between. It’s about these dichotomies we have — the good and the bad, the terrible things and beautiful things. Then it’s a look at what it is to be a human being — the good and bad of a human being, how complex we are, and the empathy of that.

I took everything I have within me and tried to shape into something, especially emotionally and spiritually. It’s tough to sum it up because it was life-changing to package it all up into a movie and make it with the people I love so much. It was the best experience of my life.

I had one of the most spiritual experiences of my life by the end of this shoot. We were at an ocean shore. It was this night shoot. The sun was rising, and we all ran into the water. We were leaving, and I turned back to look at the sunrise — I couldn’t move. I never had an experience like that. I literally couldn’t move my body if I wanted. I just felt appreciation and gratitude for making this movie for what it’s about and how we did. I believe in it with all my heart and soul.

Can you talk about constructing the opening? It captures a moment in time that makes you feel infinite. I don’t think I have had an experience in an opening, with that sense of power, since maybe Dazed and Confused.

That’s such a perfect analogy. I was in love with Dazed and Confused in high school, and I thought, “What would a contemporary version of Dazed and Confused look like?” I was thinking about images and music. I think the movie is ultimately very different from that now, but I do think that opening is the closest thing to that feeling for today.

The opening used to be longer, too. It is about eight minutes now, but I had a version that was double that. I remember editing the opening for the first time. I was shaking because it was like adrenaline to finally be combining these images with music. There was this propulsive feeling of hopefully what it is like to be that age but also being more in control. The movie goes to some dark places, and it dismantles, but at that time, things are good. It can be an exhilarating feeling. The goal was to get that across with images and music and through emotion and passion.

This film doesn’t just capture events I remember going through when I was young; it also captures tonal memories — pure feelings and thoughts I had. Was it challenging to navigate all these feelings with your actors and hit all these different emotions without tipping the film off the scale?

I think a big part of it that helped (because there’s so much in this movie and so many ways it could steer) was there was so much preparation. Whether it was the script, working with the actors and [the director of photography, Drew Daniels], we were preparing to the point that it was a second skin. When we got into it, and we were making these scenes, it’s our aim — as pretentious as it may sound — to find the truth in it.

It was difficult. There’s a central, pinnacle event that happens in a garage at the midpoint. It was the hardest scene I have ever shot and the hardest thing for the actors. We didn’t want to leave that garage until it was as close to real as we could get. We needed to show the truth of the relationship for it to reach that point. It was traumatizing. I walked out of that garage, and [actor Alexa Demie] had relived something and was triggered and on the ground crying. And Kelvin Harrison Jr. was in that state of fever-pitch anger and rage. We all just hugged each other and were trying to come down.

Avoiding spoilers, at the back end of the film, where the characters are in Missouri, we were recreating some of the most traumatic events from my life. The hardest thing is dread in the pit of your stomach. It was some of the most surreal stuff I have ever done. As harsh as it may sound, I look back on it as the best summer of my life.

There’s a visual language to this film that is intoxicating. It feels experimental but also calculated. There are moments where the film dips into avant garde territory without abandoning the emotions of the situation. How much of the film was designed to evoke particular feelings through its visuals, and how much was found during production?

It was a beautiful balance. In the script, the aspect ratios were noted, and the camera movement was mentioned. My [director of photography] Drew Daniels, who I’ve made every one of my films with, and I shot-listed everything together. We spent days on days of planning out the look. But we were also open to completely throw it out on the day. Maybe the energy was different, or the actors were causing us to think about it in a new way. I also think this movie lives and dies by the performances. We never wanted to get in the way of anyone. Even if the camera is spinning between them, we wanted the camera to feel like it wasn’t even there.

There’s one scene I want to bring up, and it’s the scene that is featured on the film’s poster. It’s rare to encounter a scene that has as much impact as that one. I can remember having those tough conversations with my father. During those talks, you feel that resistance. You both don’t want to talk about it, but then one chooses to open up, and everything comes pouring out, all these years of pain.

I’m so happy that people are connecting with that scene. It’s everything I have dreamed and hoped. I remember writing it and getting emotional about the material. It’s the heartbeat of the film. It’s the kind of scene that you have to build a movie to.

I love my stepdad to death, but we had a problematic relationship. He was hard on me. We see the world differently. I remember a little later in life, probably a few years ago, he opened to me in a way he never had. I saw this vulnerable side to him that changed my perspective of this man, everything that I thought wrong and judged him for. And I opened up to him in a new way.

It was a milestone moment, and I was excited to carry over those feelings into the film somehow. I think you can take this film’s first half as a cautionary tale about a lack of communication, especially with the dad (Sterling K. Brown). He loves his dad too hard and doesn’t allow that open line of communication where Tyler feels like he can tell him everything that is going on. He bottles up his hurt because there are so many expectations placed on him by his father. To have the story transpire in the way that it does and where it ends, it was vital for me to have this conversation between the two characters.

Did taking all these moments of truth from your experience and filtering it through a story of fiction provide you with any new truths about yourself?

Absolutely. Even doing this, talking about stuff with you. It’s funny, a lot of times when you are making a movie, you are in it. It’s like life when you’re in it. You don’t have perspective yet. You don’t have a perspective to think about it differently. Having made the film and sitting here with you, new things illuminate even now. My stepdad saw the movie for the first time recently. Your loved ones will see it, and you will have conversations, and it’s really, really beautiful.