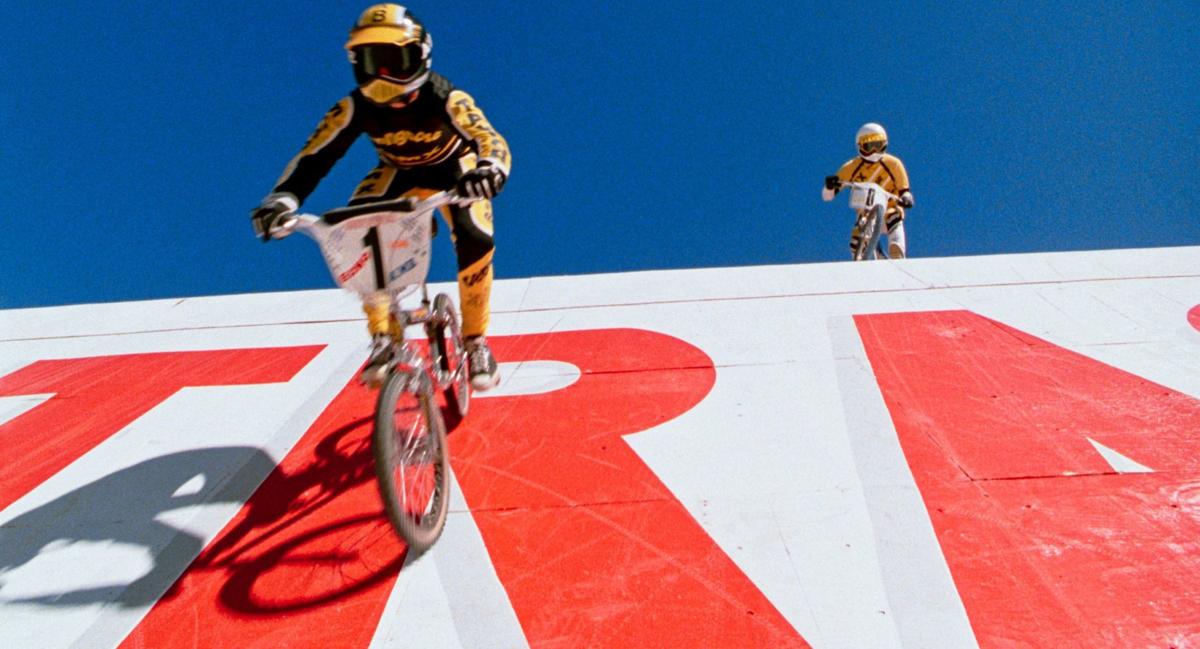 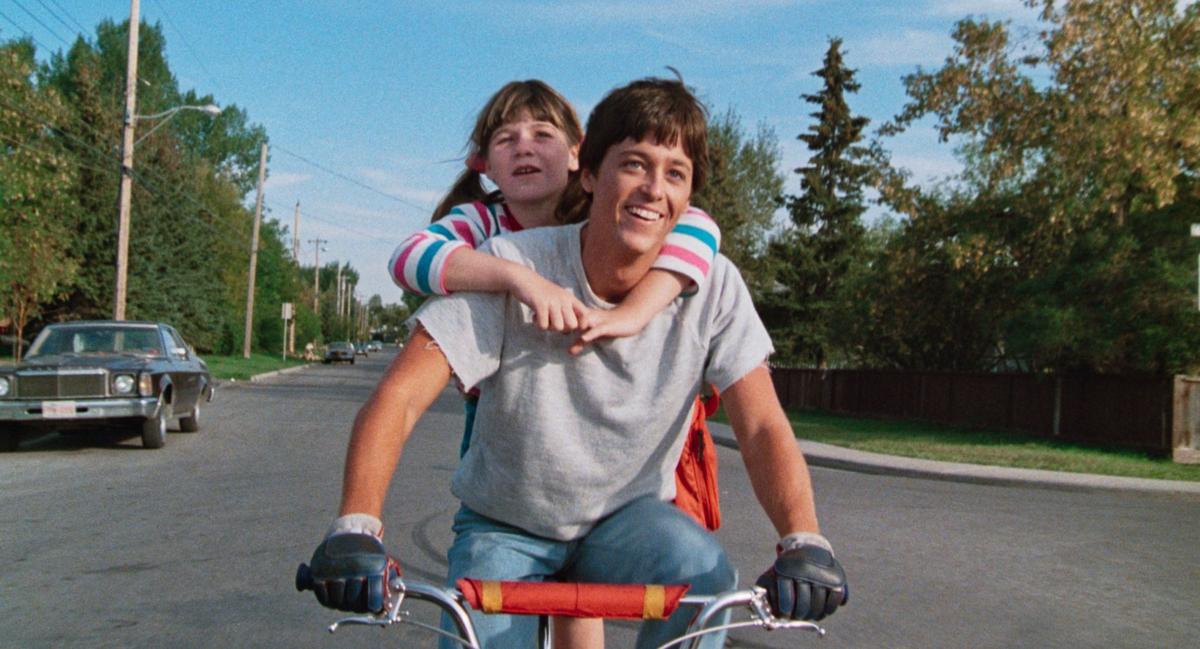 From his early days of tickling the ivories and fronting the rock band Rooney, Robert Schwartzman was destined to break the ice. In his 2001 role in The Princess Diaries, he portrayed Anne Hathaway wooer and M&M’s junkie Michael Moscovitz.

Over the years, Schwartzman has tried on many other hats, including director. Most recently, he co-wrote and directed the 2018 indie romantic comedy The Unicorn, starring Lauren Lapkus and Nicholas Rutherford — and he has another on the way, titled The Argument, due out later this year.

These days, Schwartzman is once again pioneering the rad terrain. In his film acquisitions, sales and technology company, Utopia Distribution, for which he serves as the co-founder, the multi-talented filmmaker and musician sports another topper. Schwartzman is taking a “filmmaker first” approach by giving artists the tools they need to maintain a global presence and tear up the dance floor, with or without bicycles.

Helmed by Smokey and the Bandit director Hal Needham and executive produced by Schwartzman’s late father, Jack Schwartzman (Being There), during the rise of the BMX bike craze, the cult classic is making its official disc debut with a new 4K restoration from its original 35mm camera negative.

“It’s very satisfying and exciting to be at this point where we have a new, 4K version of Rad, a film I grew up with and was on set as a kid,” Schwartzman told us by phone. “My dad, who produced it, ran his company out of our home. All of the bike helmets were in our house, along with all the promotional materials from the ‘80s, all of which my family still have. It’s been a part of the story of my life.”

Rad shares the adventure of one young man’s desire to win an infamous BMX race, fittingly called Helltrack. That young man is Cru Jones (Allen), a paperboy who passes his time going “ass-sliding” with fellow trick rider Christian Hollings (Loughlin) and turning his small town into his playground. One day, Cru faces the hard decision of either qualifying for Helltrack or taking the SATs to get into college.

But what movie would this be if Cru let down the film’s title and gnarly ‘80s soundtrack by putting passion on the backburner in favor of education? As the central racer’s snazzy red shirt reads: “Cru is RAD!”

“Although I wasn’t working on the movie (because I was a kid at the time), it’s interesting now as an adult to be working in the entertainment industry and completing the thought my dad started with the film. I took it where he left it and worked to make sure it was treated and cared for,” Schwartzman said. “It has caught people at a time in their life where there’s a certain memory, identity, or relationship they have with Rad. For me, all that matters is we take care of the film for fans.”

When your film features a bicycle ballet at a school dance and a bike tag sequence in a lumber yard with a police officer, viewers know they’re in for a fine slice of ‘80s cheddar. However, as Schwartzman stated, the dialogue, outfits and hairstyles are what grease the cinematic wheels with fun.

“Of course, it is to be expected from a movie from a certain era. But you’re dealing with timeless subject matter, which is the underdog story — somebody rising to the occasion with raw talent to take down the bigger corporate system,” Schwartzman detailed about the film’s message. “It’s something that I think audiences today will connect with.”

Vinegar Syndrome upcoming release of Rad will include a 3D lenticular front packaging and holographic back to its slipcover casing. The cover art was designed by illustrator Earl Kess and based on the iconic original poster. Additionally, the limited collector’s edition will include a new commentary track with Schwartzman and Shire, a new interview with co-writer/co-producer Sam Bernard (1995’s Payback), multiple archival interviews and a group commentary with the cast and crew, along with extensive behind-the-scenes stills and promo materials.

“There’s no reason why when this comes out that it shouldn’t be the best that it can be. It was important to me to rebuild the 5.1 mix from stereo stems and color the movie [thanks to Los Angeles-based post-production company Fotokem]. It just takes time to work with the assets. This is something that a lot of bodies worked on,” Schwartzman said, before adding that it took years of exploring other creative avenues to arrive at his newfound purpose in distribution ultimately.

Schwartzman grew up on independent film sets and learning the business through his family. It was through that process of opening himself up the world of creativity that he recognized an issue in distribution.

“I look at the filmmakers as people we get to work with and not as people who work for us. The fact that I’m in distribution is to be as supportive of Rad as possible. That’s our mentality as a company,” Schwartzman said. “I always tell filmmakers this is your baby, and nobody knows it better than you. We want to guide your vision. We don’t want to tell you what the vision is. Some companies take the baby away from you and rename it and raise it in a different environment. But with us, we’re working with you.”

The 4K restoration of Rad was initially supposed to premiere at the South by Southwest Film Festival last month before it was canceled due to COVID-19 concerns. As unfortunate as it was for the filmmakers, talent, and fans of Rad to close up shop on the Austin festival, it’s no more than a low air pressure situation that Schwartzman and Co. plan to burst with future opportunities.

“Of course, it was a real shame that SXSW was canceled, and I feel for all the filmmakers who had work to show there,” Schwartzman said with sorrow in his voice, adding that circumstances have led to this point now when Rad is in the best shape and is coming out. “This release is not an exclamation point, and we’re not moving on to a new sentence. We want to keep going and put Rad out there in new ways [including a theatrical release, special event screenings, and merchandise].”

Some films are considered masterpieces that are studied and analyzed in film school. According to Schwartzman (and myself), Rad is a title that people should take a closer look at. After dissecting the qualifying race scene in the film with Schwartzman — where racers are expected to maintain the same relationship and distance between the other competitors before the director calls cut — it’s evident that there’s a lot of moving parts to disassemble.

“Whatever the kinks are with Rad, every movie has them,” Schwartzman said. “When people see the restored version, it’s going to make people remember how good of a movie it is.”

Through Vinegar Syndrome and Utopia Distribution’s partnership, fans and collectors can preorder Rad through vinegarsyndrome.com. There are currently over 500 products left at $29.99. Items are expected to ship out following Vinegar Syndrome’s Halfway to Black Friday Sale, between May 22 and 25. You can also visit www.utopiadistribution.com for more information on Schwartzman’s other projects.