After films like The Matrix and Vanilla Sky, I’d be lying if I didn’t entertain the idea that we may all be living in some gigantic computer simulation, experiencing a virtual world that we mistakenly think is real.

Are there higher beings controlling our fates, using us as lab rats to examine human behavior? Is there something more to déjà vu? Are scientists, physicists, and philosophers noticing irregular patterns that present enough evidence to prove this much is all true?

What do I know? I’m just a film journalist. However, whether I believe it or not (and I don’t), there’s no denying that it’s an endlessly fascinating thought trail to trek.

This weekend sees two films exploring the possibilities with varying results. One has the parts needed but suffers from one too many system malfunctions, while the other takes significant risks that, for the most part, pay off. 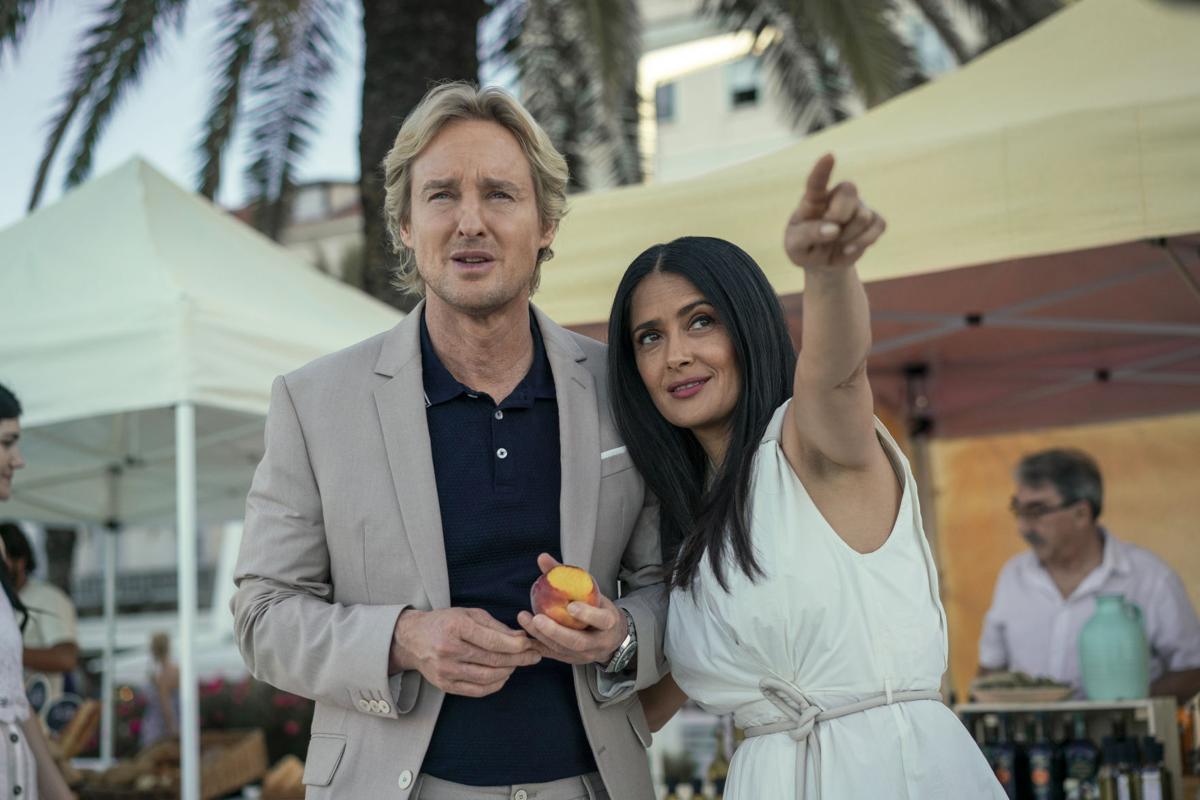 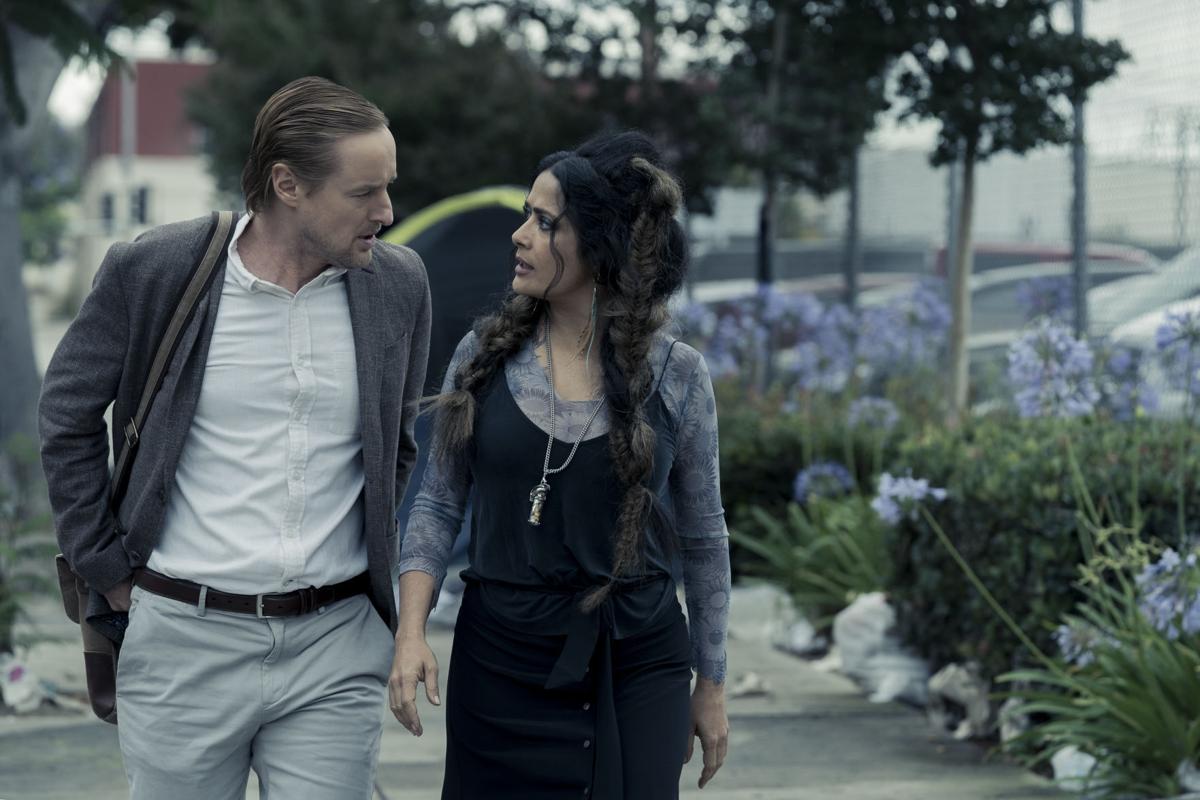 Bliss (★★½) - Writer-director Mike Cahill is one of the most curious filmmakers working today. He’s operating on a different level, sharing high-concept thrillers that use human drama to keep its narrative roots in the ground. Cahill’s underappreciated gems, Another Earth and I Origins, have the power to cause us to see our world in a new light.

His latest mind-bending love story, Bliss, starring Owen Wilson and Selma Hayek, could be viewed as a compelling commentary on addiction and mental illness, or it could be questioning our reality—or both. As intriguing as the themes are, the film is too emotionally disconnected to make its big ideas land with the same impact of Cahill’s previous work.

Bliss asks: What if our suspicions about living in a simulation are real, and what if we could move between the world of reality and the simulation with great ease? This is precisely the state of affairs Neo—I mean Dom Cobb—Oops! Better make that Greg—This is precisely the state of affairs that Greg (Wilson) finds himself in. After Greg encounters some rather bizarre occurrences, his world is almost literally flipped upside down when he meets the mysterious Isabel (Hayek), who reveals their world's true nature. In Christopher Nolan-like fashion, Isabel can move objects (or people) with a flick of her hand, leaving Greg to scratch his head over the consequences of these actions and this newfound place.

Many story beats are unarguably similar to other films. (Most of which have been called out already.) The film’s trailer alone makes it difficult to shake that it looks like a low-key version of a Nolan movie — objects moving with character control, hopping between realms, a blue color palette, and a father just trying to get back to his kid. But where Cahill elevates the material to another platform is the notion of taking pills or smoking substances that cause your surroundings to take a new, more pleasant shape. Dreams become truth, and life is massages and yachts. Perhaps Cahill really is delving into something more honest, and this is the nugget that gives Bliss some flavor.

The connective tissue of these points of interest admittedly don’t hold firm. You pick up rather quickly that something is off. Maybe it’s the grim tone, the lack of chemistry between the leads, or the brainstorming is too much on the front burner when it should be the characters and their relationships. Whatever it is, it’s clear Cahill’s reach exceeds his grasp. Hopefully, his next go will touch back down on Earth more often. 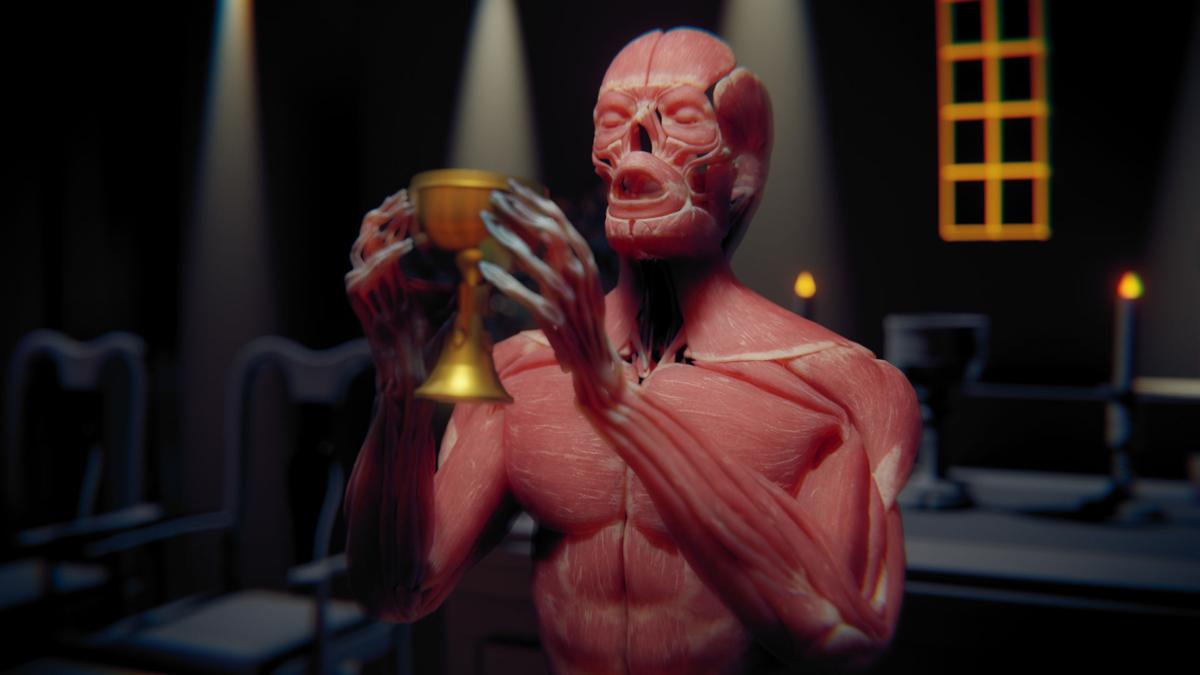 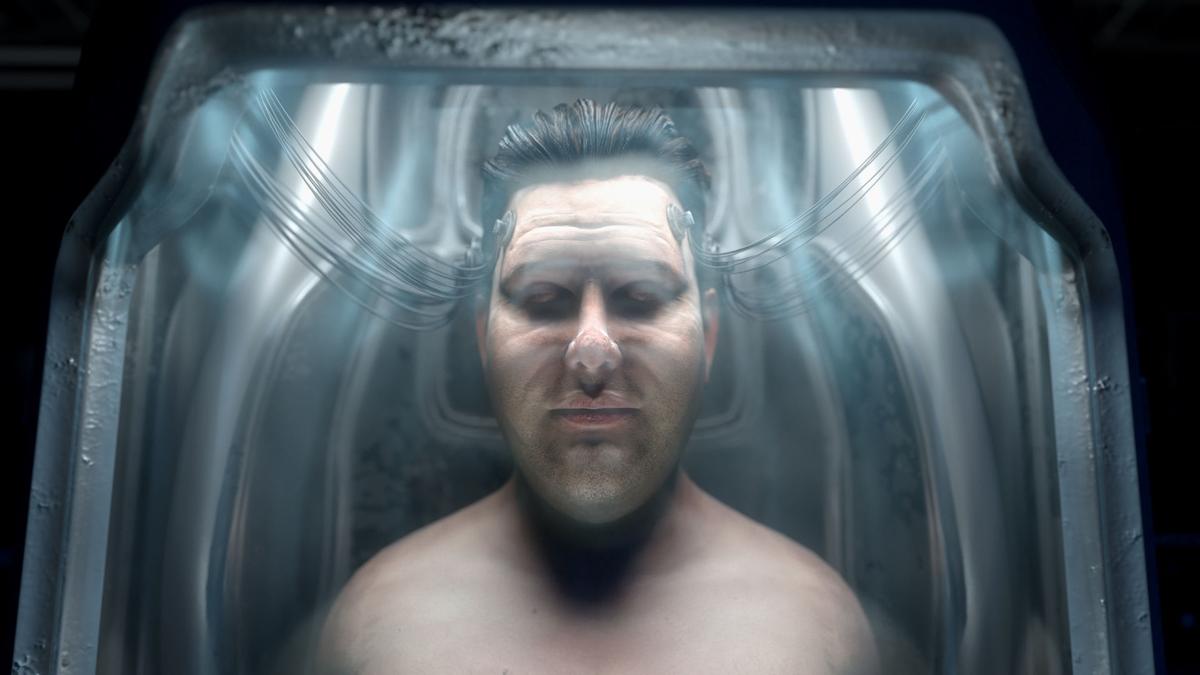 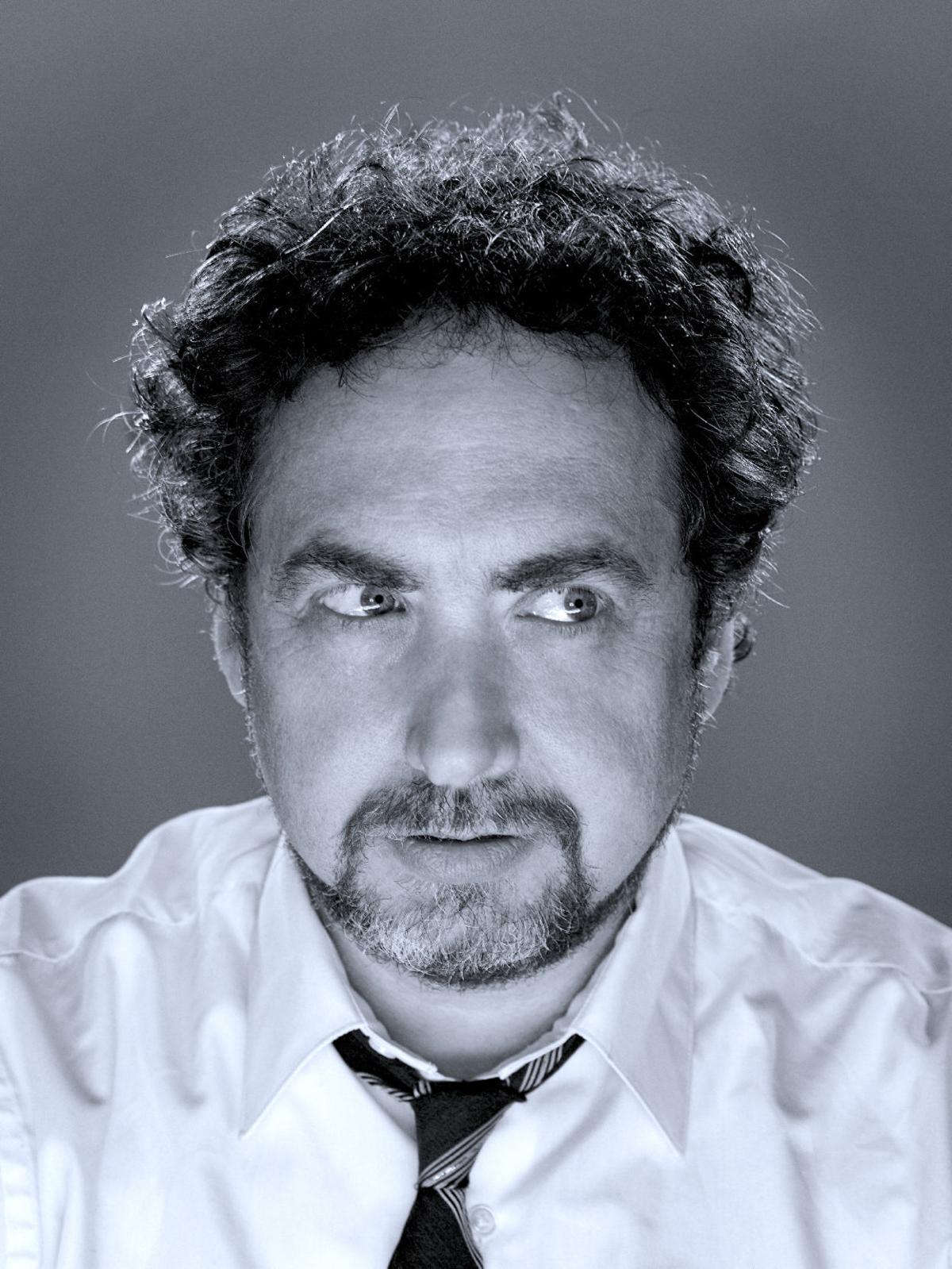 Rodney Ascher, director of 'A Glitch in the Matrix.' A Magnolia Pictures release. 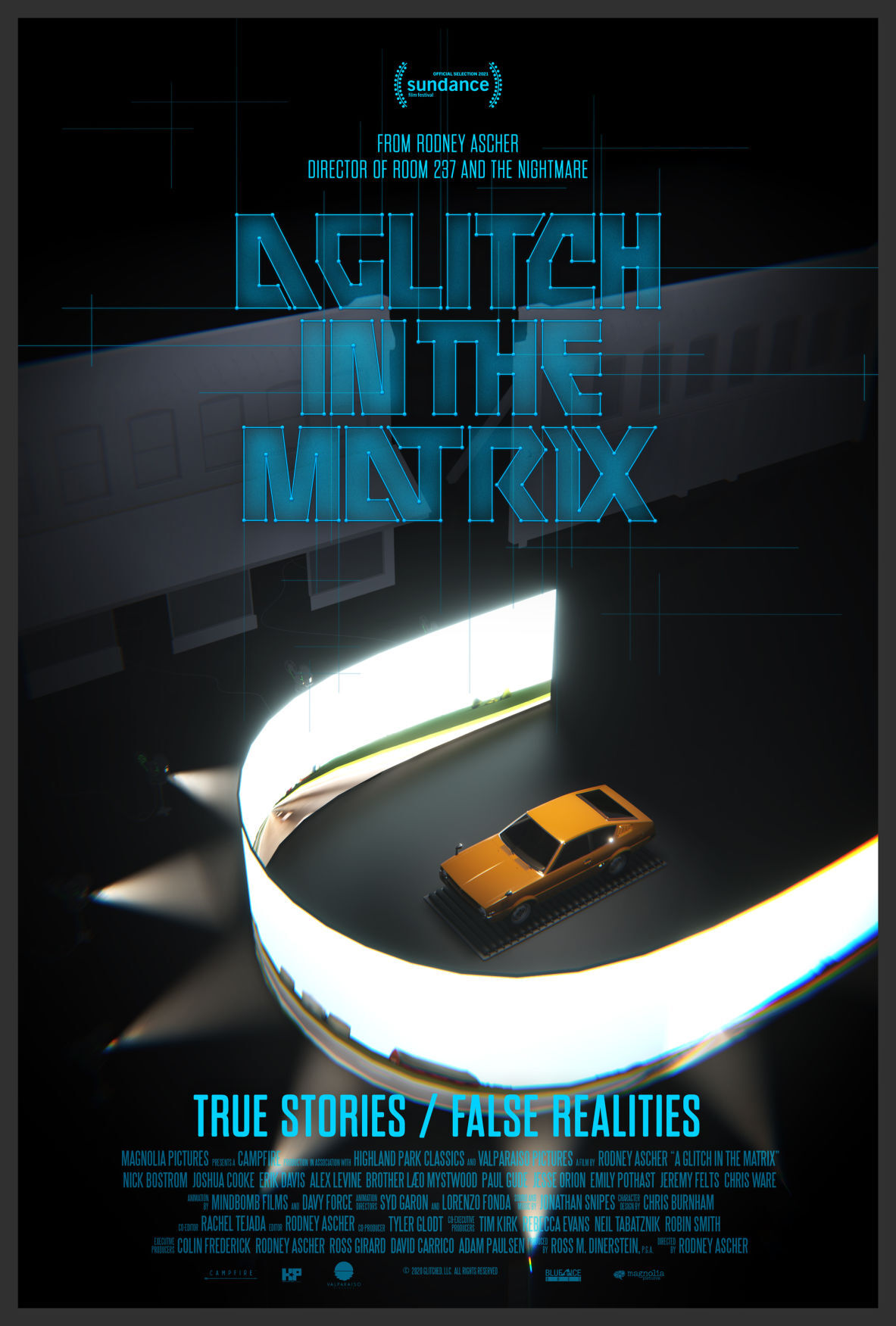 The poster for  'A Glitch in the Matrix.' A Magnolia Pictures release.

'Glitch in the Matrix'

Rodney Ascher, director of 'A Glitch in the Matrix.' A Magnolia Pictures release.

The poster for  'A Glitch in the Matrix.' A Magnolia Pictures release.

A Glitch in the Matrix (★★★½) - Rodney Ascher (Room 237, The Nightmare) is another filmmaker who causes me to lean in. His documentaries and visual essays are some of the most captivating works in recent years. And his next outing, A Glitch in the Matrix, is his best yet.

Like Bliss, Ascher’s film ponders and investigates life being a simulation. Information comes flooding in from the moment of entrance, and it reels you in entirely. We explore the commentary around detailed computer simulation theories, all through Zoom chats with avatars that feel plucked from World of Warcraft. (Yep. Some talking heads are computer-generated characters to make your trip even more of a knock-out.) Lawnmower Man-esque visuals and various movie clips populate the screen to illustrate narrative details in a fashion that feels nostalgic and futuristic. Look out for expositional fill-ins from a woman with a robotic voice, as if it’s an ‘80s version of the future.

Serving as the story’s backbone, Ascher uses a 1977 conference with sci-fi author Philip K. Dick. During this lecture in France, Dick describes the visionary and mystical experiences he had in his life. The real hook comes when the celebrated luminary makes it abundantly clear that we’re living in a computer-programmed reality. Humor can be detected throughout Dick’s work, and some devotees attending this talk chuckled at Dick’s theory, but he was dead serious.

From there, clips from interviews with Elon Musk and Neil deGrasse Tyson highlight how they don’t distance themselves from the same belief as Dick. Although most of the film's conversations seem like excited fanboys gushing about their feelings on the matter, Ascher keeps the conversation gripping and balanced, especially when he reaches a testimony from a Matrix admirer who turned a gun on his family.

A Glitch in the Matrix doesn’t shy away from the flaws in this line of thinking. Some theorizers noticed peculiar coincidences and occurrences in life as evidence. Ascher might also be showcasing a pattern within the theorizers: How we’re willing to blanket our traumas and loneliness in any way possible. Deem all these ideas as nonsense or brilliant; it’s ultimately up to the viewer if you want to swallow the red or blue pill in the end.

Not rated, 108 minutes long. Now playing in select theaters and On Demand. (Not screening in the Dallas-Fort Worth area.)