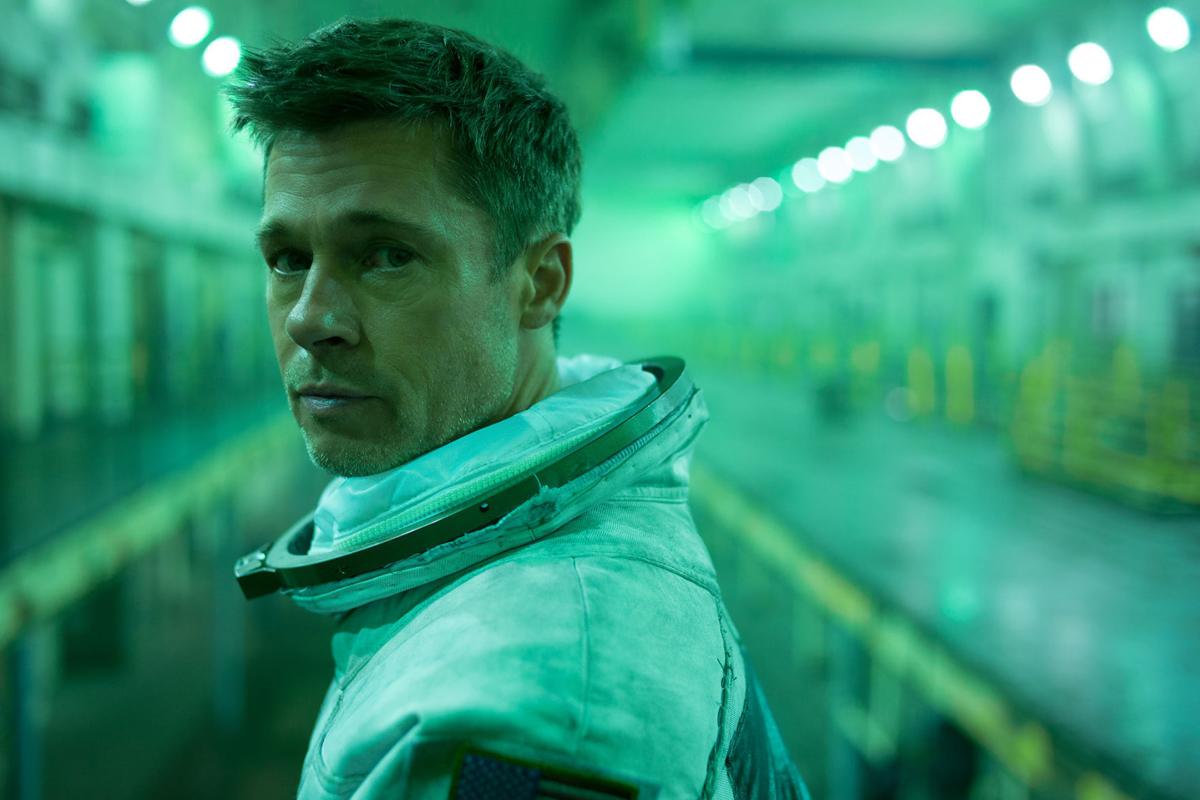 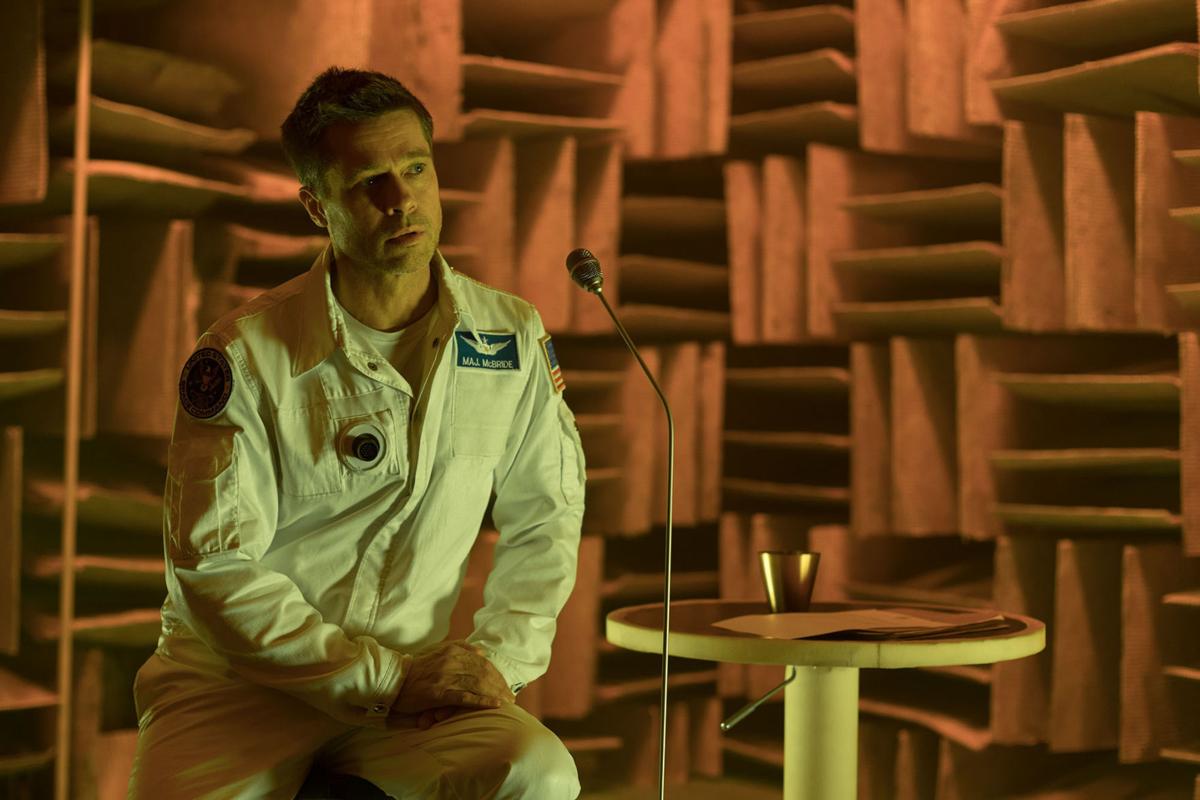 Roy McBride (Brad Pitt) learns he must repress his emotions so he can continue his mission to the farthest reaches of space in “Ad Astra.”

Roy McBride (Brad Pitt) learns he must repress his emotions so he can continue his mission to the farthest reaches of space in “Ad Astra.”

Outer space offers infinite ground for cinema to explore. It’s so far beyond the grasp for us mere earthlings. We can’t comprehend it entirely. In the past, the brightest among us have boarded shuttles to venture into the unknown. The rest of us, however, stayed put on the big blue planet, wondering what it would be like among the stars.

We fantasize about it so much, in fact, that Hollywood regularly molds it into the concept of a movie. Since 2013’s Oscar-winning Gravity, it seems we get a film set in space every year. Of all the titles to hit the big screen lately, the Brad Pitt-starring and James Gray-directed Ad Astra lands with the most significance.

Ad Astra — which comes from the Latin phrase “per aspera ad astra,” meaning “through hardships to the stars” — is a difficult film to explain within the confines of a spoiler-free zone. It’s best to enter knowing as little as possible and hop on its ride through in-depth studies of humanity, fatherhood and masculinity.

While disguised as a blockbuster, Gray’s film is much more contained. There are undoubtedly sweeping shots of moon craters and space stations, and static moments where audiences can absorb the planetary colors. At the same time, Ad Astra doesn’t come steeped in generic dialogue that typically accompanies big-budget sci-fi. While Pitt’s character’s narration may occasionally rob the film of its subtlety, the film’s visual language and quiet observations (about what it means to be human) plant a flag in new cinematic soil.

The film concerns astronaut Roy McBride (Pitt), who undertakes a mission to travel to the outer edges of the solar system. His journey is to uncover the truth about his missing father (Tommy Lee Jones) and unravel a mystery that threatens life as we know it on Earth.

At its core, Ad Astra is a story of fathers and sons, but punched up to a cosmic scale. It’s essentially not too distant from Francis Ford Coppola’s 1979 war classic Apocalypse Now. Its aesthetic may pull from other space films like Solaris, 2001: A Space Odyssey and last year’s First Man, but at its heart, it’s a human drama.

There’s a particular madness to Ad Astra that causes you to look inward and ruminate on your own dealings with pain, shame and regret. Pitt’s McBride exemplifies this as a man whose emotional response to his circumstance is to compartmentalize. He has buried all his emotions deep in his psyche, much due to his father’s absence. McBride’s father left on a one-way trip to conduct antimatter research in Neptune’s orbit, the last known location of the Lima Project.

After decades of no communication, all signs indicate the Lima Project crew was lost to the far reaches of space. His father’s abandonment has caused McBride to realize that the only kind of person who can embark on such a journey is someone who is free from emotional baggage. McBride learns that he must repress his emotions and forget any love he had for anyone (including Liv Tyler’s Eve) to pass his daily psych evaluations and continue his mission. The slightest face of uncertainty could send him back home.

Pitt’s ability to tuck away his character’s true feelings is (ironically) heartbreaking. You can sense McBride’s emotions on the verge of spilling over the brim, and Pitt showcases this in the pauses he takes to carefully give calm behavioral logs. Just wait for a scene when McBride is instructed to read a script as an attempt to communicate with the Lima Project.

What is most admirable about Gray’s film are the quiet scenes. Gray is a master of visualization. He flexed his storytelling muscles similarly in 2017’s The Lost City of Z, a film Ad Astra shares narrative DNA with. Both films highlight the complicated relationship between fathers and sons. In one film, the son is looking for the father, and in the other, a son joins his father on his travels and rekindles their bond. You can gather the thematic pieces, most notably in the still sequences. Both films illustrate the sacrifices we make to achieve greatness, and Gray paints this with exquisite detail. It’s as if the filmmaker doesn’t fear losing his audience in his ambition to craft something more unique than what’s come before.

The dark side of the moon in the film, however, is that we have full access to McBride’s thoughts. Using narration can be a handy tool to fill in the gray areas of a narrative. Directors like Martin Scorsese have employed this device to great benefit. However, for a film that has the philosophical markings of Blade Runner and Alien, one wonders the impact the film could have made by reserving its thoughts and allowing our curiosity to run wild. Pitt is an expressive performer. He could have followed the same character path as Ryan Gosling in First Man, a role that was undervalued. Narration is a tricky scale to balance, and Ad Astra loses some momentum in this area.

Ad Astra is, at times, completely illogical. But through Gray’s specific touch as a filmmaker (and Pitt’s commanding performance), we can strap in without hesitation. The film sells its contents so well that you will be shocked by how much it enthralls you. It may be too left of center for casual filmgoers chasing an ordinary space adventure, but if you appreciate cinematic art on a grander scale, prepare for liftoff.