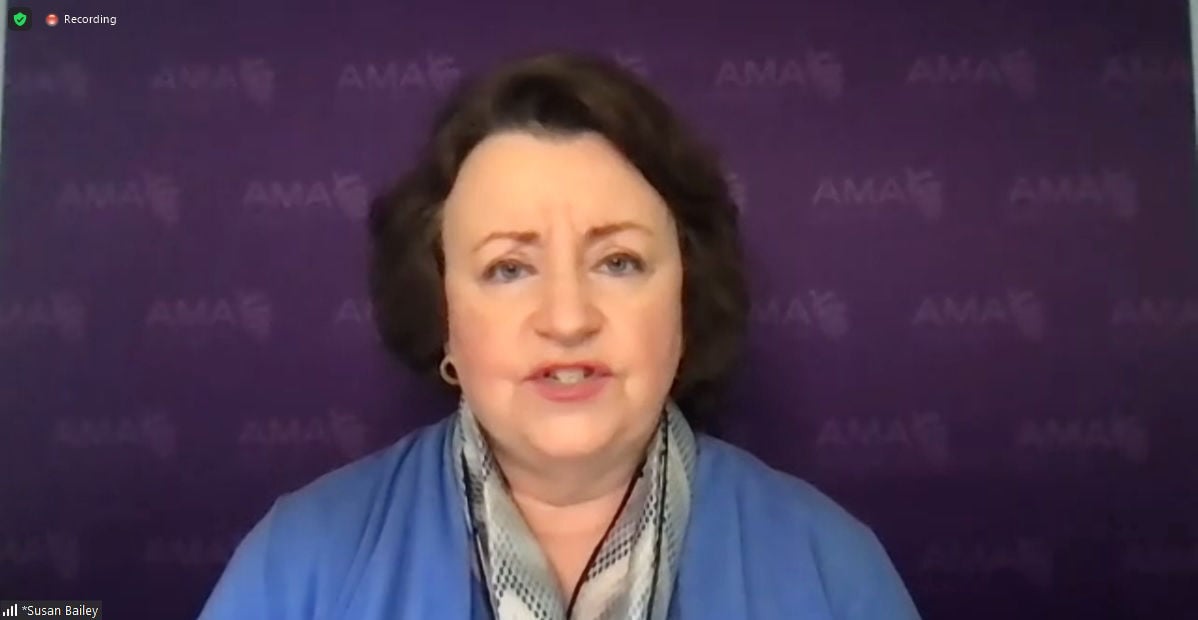 Dr. Susan Bailey, president of the American Medical Association, gave context on the pandemic during a Texas Storytelling Festival panel titled “Stories of Hardship and Hope in the Heart of the Pandemic.” 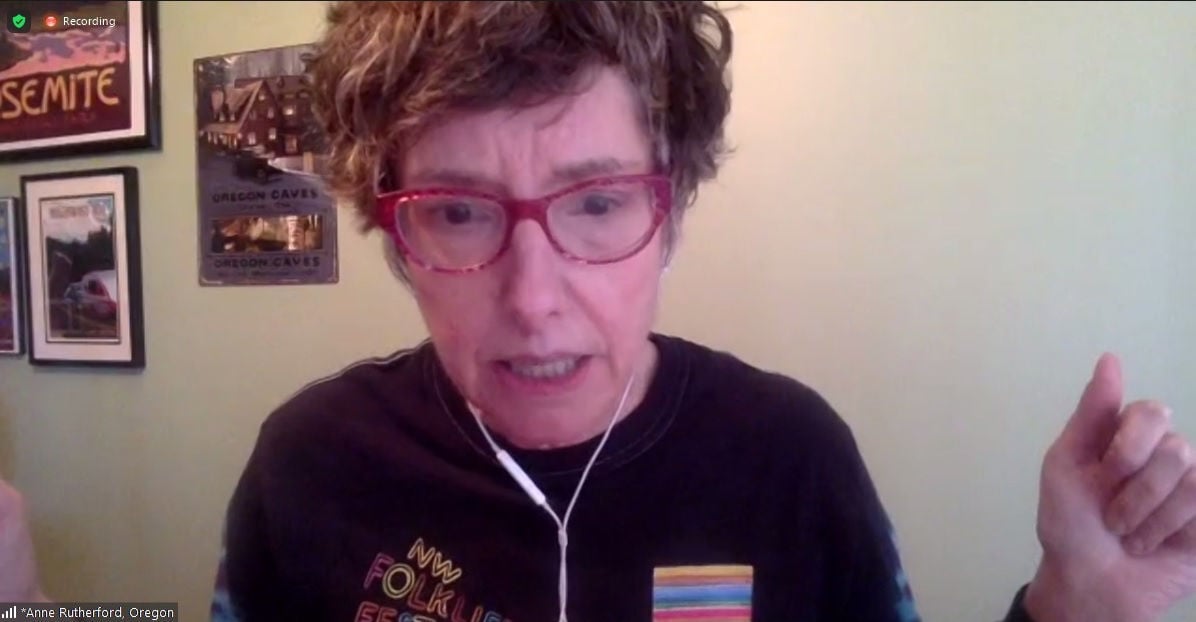 Dr. Susan Bailey, president of the American Medical Association, gave context on the pandemic during a Texas Storytelling Festival panel titled “Stories of Hardship and Hope in the Heart of the Pandemic.”

Storytellers from around the world shared pandemic lessons, tall tales and other stories as the 36th annual Texas Storytelling Festival went virtual this week.

Last year, the festival — hosted by the Denton-based Tejas Storytelling Association — managed to squeeze in just over a day of its in-person storytelling “concerts” as COVID-19 activity and shutdowns began to ramp up throughout the area.

“It wasn’t difficult getting them to accept a place in a concert — everybody was happy to tell a story,” McLaughlin said. “The thing that is difficult is helping them learn how to do Zoom if they aren’t professional with it. … They can get feedback for lighting and background. Those are the technical things we’ve had to work with them on.”

This year, attendees registered online and were able to view whichever events they wanted through direct links. They also had the option of choosing a special pandemic rate, allowing them to pay whatever they could. That made free entry an option, though McLaughlin said a $10 donation was suggested.

Some of Saturday’s events included “Stories of Hardship and Hope in the Heart of the Pandemic,” a panel of storytellers and medical professionals that spoke on the past year of COVID-19 struggles, as well as the always-popular “Bald-Faced Lies and Other Outlandish Truths,” a lying contest that judges which storytellers can come up with the wildest tall tale.

One of the speakers for the pandemic panel was Dr. Susan Bailey, president of the American Medical Association, who offered a timeline of the pandemic from a medical point of view — from the early stages of the coronavirus to case surges and increasing hospitalizations, and finally to the ongoing vaccine rollout.

“I really didn’t feel a thing [getting the first vaccine dose], but I felt like I had been injected with sunshine, hope and strength,” said Bailey, who is an allergist/immunologist from Fort Worth.

In the end, it was Anne Rutherford, an Oregon-based storyteller, who was crowned best liar with her story of a salon applying banana slugs to her face. Ingrid Nixon and M.J. Kang took home second and third places, though prestige was the only prize at stake.

“To be able to tell people that you are the biggest liar and you won first place is a huge thing,” emcee Sheila Phillips said, addressing attendees. “Telling lies in Texas is an art form and we take it very seriously.”

Sunday — the festival’s fourth and final day — will include a youth storyteller showcase, awards ceremony and other events before the festival wraps up with a closing concert.