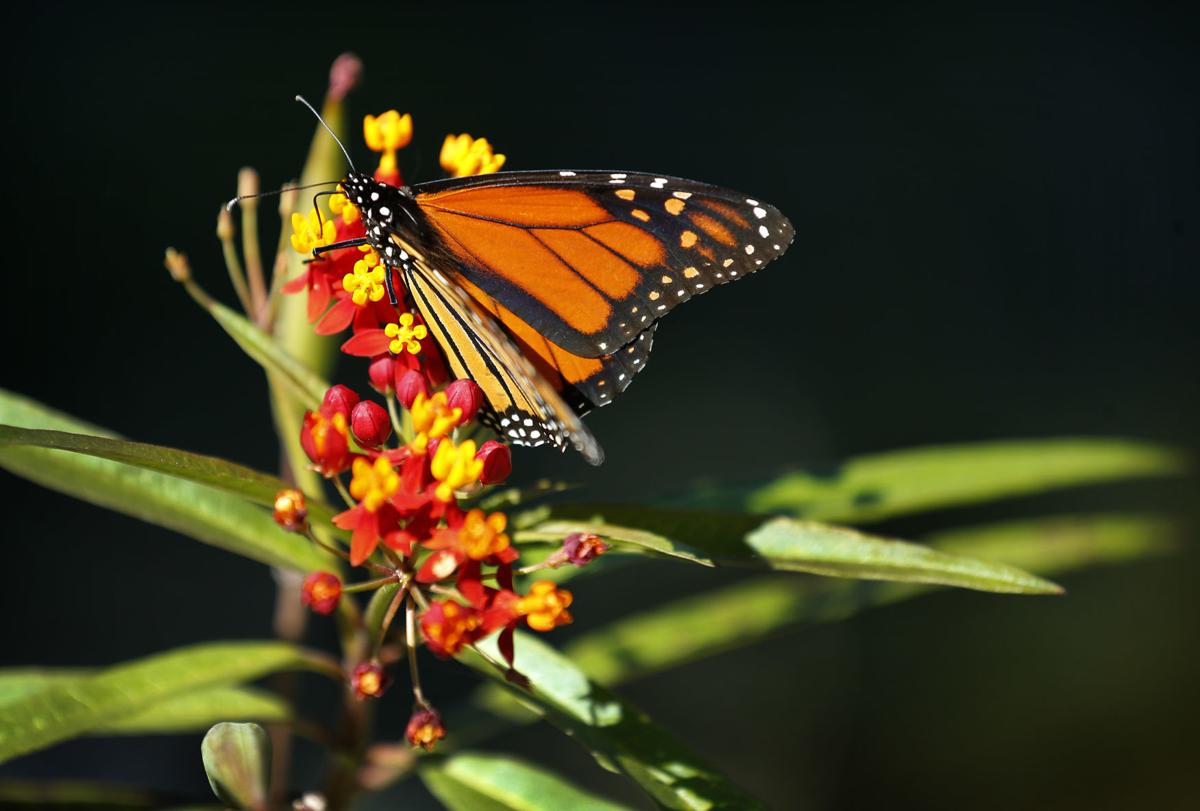 A monarch butterfly finds warmth in the sun on a cool morning at Klyde Warren Park in Dallas.

HabiTally is a free app developed by Bayer, the Climate Corporation and Iowa State University. People who have monarch butterfly habitat — whether it’s a few square feet in their backyard or 10 acres — can download the free app and share their habitat location. 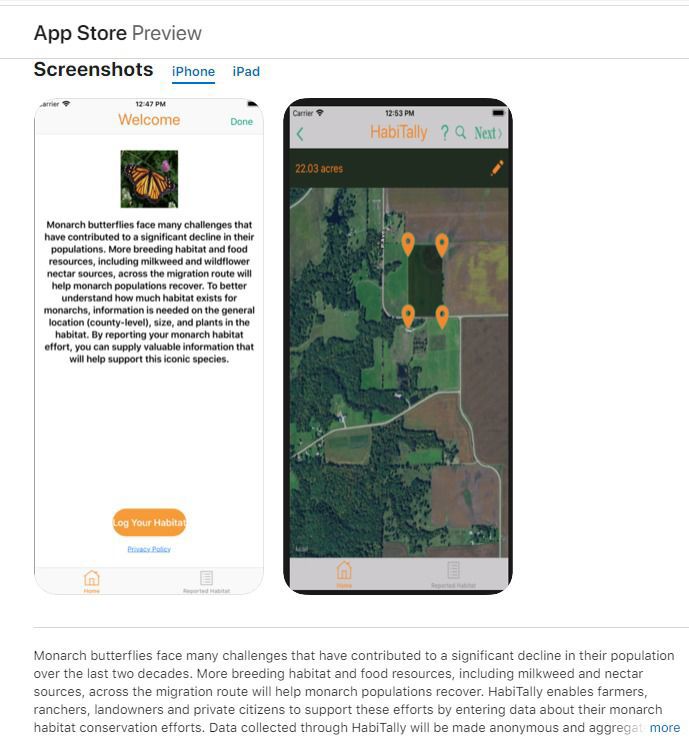 HabiTally is a free app developed by Bayer, the Climate Corporation and Iowa State University. Denton residents who have monarch butterfly habitat — whether it's a few square feet in their backyard or 10 acres — can download the free app and share their habitat location. 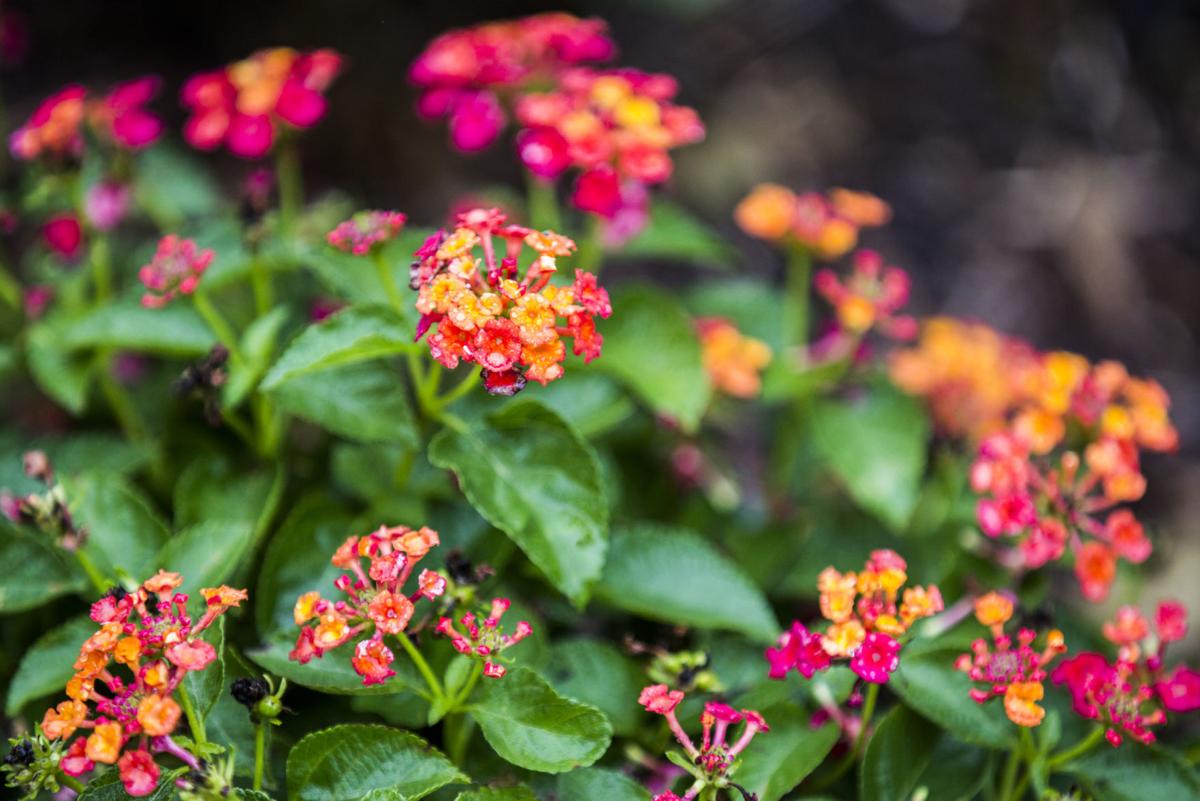 Texas native lantana is among plants that attract monarchs and other butterflies. 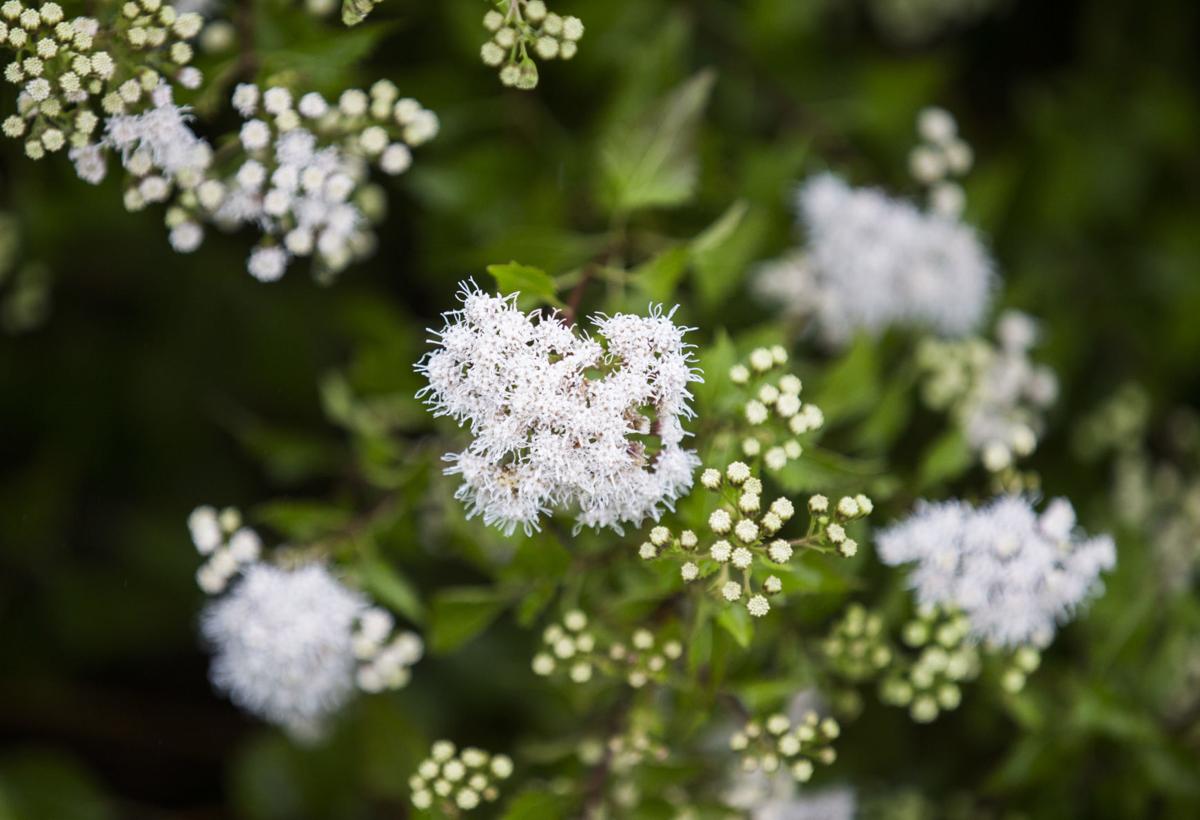 \White mistflower is among plants that attract monarchs and other butterflies.

A monarch butterfly finds warmth in the sun on a cool morning at Klyde Warren Park in Dallas.

Texas native lantana is among plants that attract monarchs and other butterflies.

\White mistflower is among plants that attract monarchs and other butterflies.

On Dec. 31, American wildlife lovers will find out if the monarch butterfly is officially an endangered species.

Denton residents are no stranger to the brilliant orange butterfly, with its white spots set off against the fiery orange and dark black, velvety scales. Eastern and Western monarch butterflies find habitat in Denton, but with the population in severe decline, the beloved butterfly’s days appear to be numbered.

As it turns out, there’s an app for that.

The Climate Corporation, Bayer and the Iowa University for Science and Technology have created a free app, HabiTally, to connect farmers and gardeners who tend monarch butterfly habitat with the U.S. Department of Fish and Wildlife Service.

The data will help officials determine whether the butterfly will make the endangered species list.

HabiTally drops a pin on a map showing that you have monarch butterfly habitat on your property. Whether you have a few square feet of your backyard or 10 acres of native North Texas milkweed and nectar plants, the U.S. Fish and Wildlife Service can count your spot among its migration and habitat data.

Private information, such as your name and address, aren’t captured for the app. The data will be aggregated by county. To have your habitat counted in time for the U.S. government’s decision, add your habitat on the app by May 31.

Aimee Hood, the regulatory and scientific engagement team leader at Bayer, said the app makes it easier for the government to get a better count of the insects by allowing people who have butterfly habitat — which includes indigenous milkweeds (the only plant monarch caterpillars eat) and nectar plants for spring and fall migration.

“Butterflies are harder to count, unlike an animal like, say, polar bears, which are largely in one place,” Hood said. “Their overwintering counts — monarchs overwinter in the mountains of Mexico — have been declining for more than 20 years. So when the U.S. Fish and Wildlife Service started investigating the monarchs to make a determination in 2015, the question was how to get a better count of a population that shows up in different places.”

HabiTally — which is only available for iPhone and iPad users at the moment — helps with that. Hood said the app allows anyone with monarch habitat on their property to share their location anonymously and help add data to the count.

Scott Longing, an entomologist on the plant and soil sciences faculty at Texas Tech University, said the monarch has faced a steady onslaught of natural and environmental challenges that have pushed the insect closer to endangered levels. Climate change has confused the monarch’s genetic signals to migrate, and broad use of pesticides has claimed both caterpillar and butterfly. Longing said highways and interstates might have a bigger impact on migrating monarchs than people know.

“Every semester, I usually pencil in some time to go see my daughter in Fayetteville, Arkansas,” he said. “Over the last few years, that trip has come in the fall, as the monarchs are flying from Oklahoma. I’ve counted up to 30 to 40 adults I’ve hit just driving. If you multiply that by how many people are driving, that’s a lot of monarchs affected by cars. If we really wanted to manage the population — this is going to sound silly — but if the mortality is lower going 60 rather than 80, you have an argument for changing the speed limit. It’s out there, I know, but it’s one way to manage the population.”

Even as their numbers fall, Texans still love the monarch, both for its beauty and for the cultural significance imbued in the butterfly. In Mexico, indigenous lore holds that the migrating monarchs are the souls of ancestors returning to visit the living.

“I think of monarchs as sort of an iconic animal species,” Longing said. “It’s the state insect of Texas. So, at one point, Texas thought it was worthwhile represent a migratory animal that uses a large portion of the U.S. for breeding and for moving. It’s a symbol for me of something that needs human input to manage.”

Longing said the human input that can make the most difference is landscape management and conservation. The app can help connect landowners and homeowners in Texas who have the foliage that monarchs need.

“Its population is suffering, and if we could recognize that this is something we could address without fractured human actions, that’s a start,” Longing said.

“We know when they migrate,” he said. “How cool would it be if Denton connected with this other city in Mexico, and said that ‘hey, you guys are protecting the overwintering grounds. And we’re planting habitat and nectar plants so they can get there.’”

While time is running out for the official decision about the butterfly’s endangered status, Longing said it’s not too late for landowners to join the effort to make room for the iconic butterfly. Farmers large and small in the southern Plains (where most of Texas is located, save the westernmost part of the state) can donate some of their acreage to the monarchs.

“If a large farm plows 4,000 acres and just plants cotton, it’s a harder pass for them to have more wild land,” Longing said. “But for the smaller farms raising greens and tomatoes — it’s easier for them. Bigger farms can let bigger portions of land go wild, but for operations that deal with monocultures, it’s just not as likely. Farming is a complex thing. If you made a Venn diagram of large and small farms, there wouldn’t be much overlap, if any. But when I look at the farmers in West Texas, they work really hard. They have children and grandchildren and they understand the environment.”

Longing said if farmers develop monarch habitat, they can engage the public to visit during migration season to watch the butterflies fuel up on their way south to Mexico, and take photos worthy of Instagram.

What to plant in Denton

Blooms in the summer:

Rebecca Dickstein, a botanist on the faculty at University of North Texas who writes about native plants for the Denton Record-Chronicle, said homeowners can choose to spread seeds for plants the butterflies like, or visit a nursery to choose natives that are ready to go into the ground.

“It’s really important to know what you’re buying if you pick up a plant,” she said. “You should ask the nursery if the plant has been treated with a systemic insecticide, because that’s taken up by the plant and even when a beneficial insect eats it, it dies.”

Dickstein also warns butterfly buffs away from lawn treatments that are advertised as “weed and feed” or applied by lawn care companies.

“A lot of lawn companies really don’t know what they are putting on the ground. People want to get rid of fire ants, and I understand that, but what a lot of the companies use to treat your yard kills all the ants, not just fire ants. And there are a lot of beneficial ants. People should know that a lot of what companies put on your yard kills everything — all the insects. That’s counterproductive if you want monarchs in your yard. Or any pollinator.”

For folks who don’t have a green thumb, Dickstein recommends a visit to North Lakes Park, where monarchs flock to the native nectar plants throughout the park.