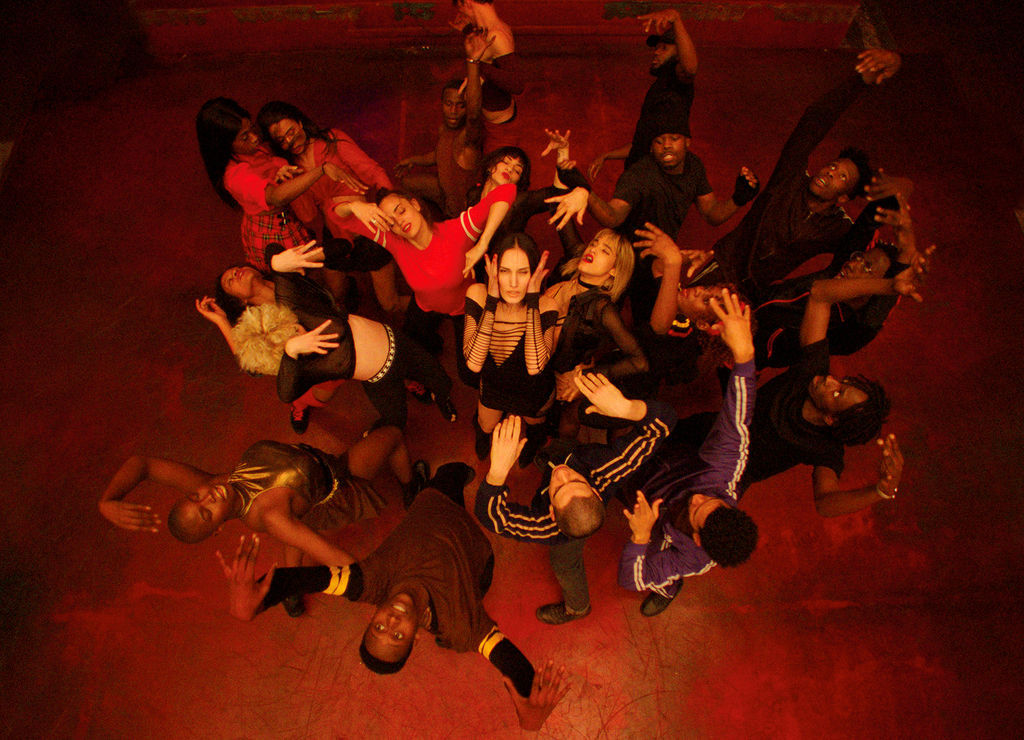 “Climax” centers on the members of a French dance troupe who drink LSD-spiked sangria. 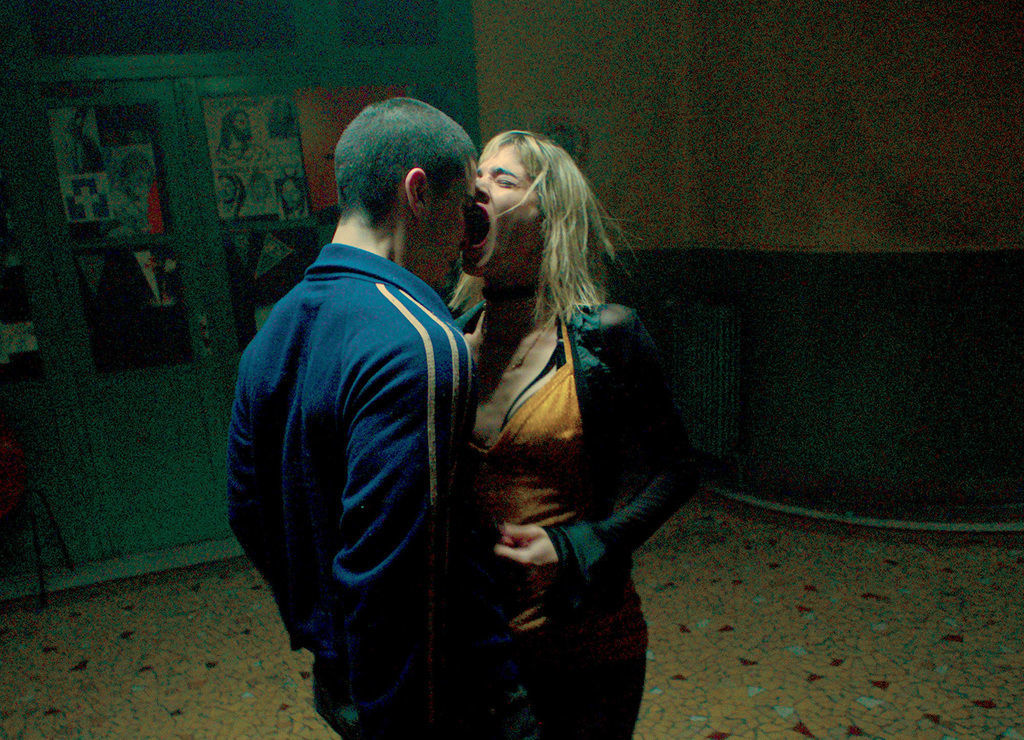 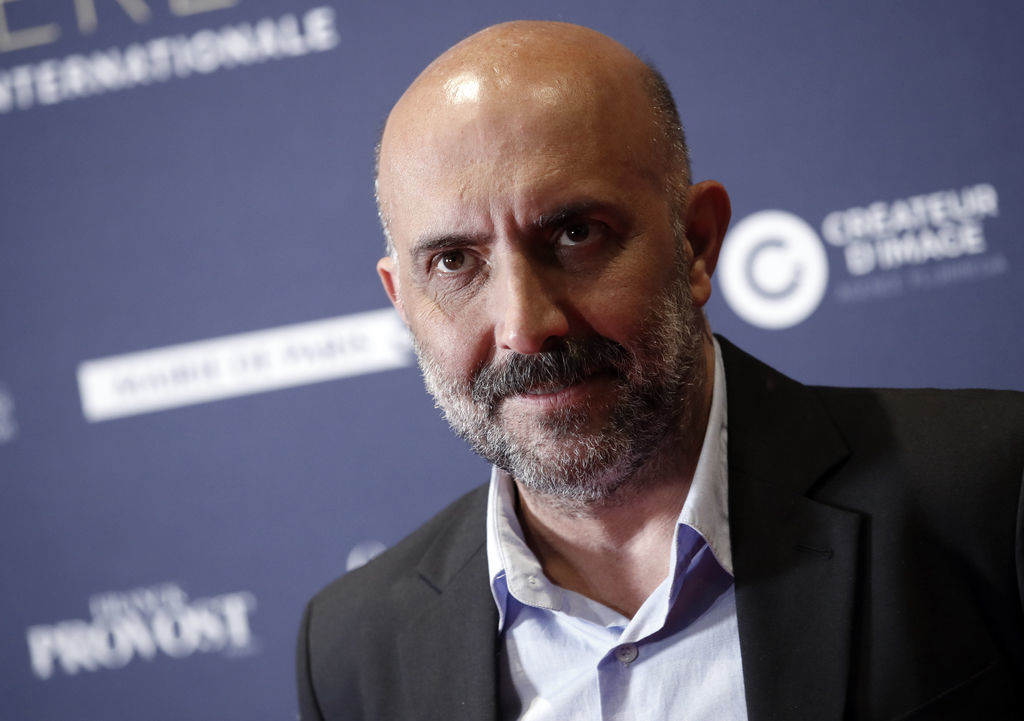 Director Gaspar Noé poses on the red carpet Feb. 4 upon his arrival at the 24th Lumieres Awards ceremony in Paris.

There are thousands of movies that have received mixed reviews, but every so often a film comes along that audiences detest or genuinely adore, with very little room for any middle ground. It’s insane that the same movie you think is an incredible experience someone else finds to be an absolute dumpster fire or vice versa.

Argentine-French writer-director Gaspar Noé has long danced inside this polarizing circle of storytelling, much like Danish directors Nicolas Winding Refn (The Neon Demon) and Lars von Trier (The House That Jack Built). Each filmmaker doesn’t seem to care whether you love or hate their films, just as long as you never forget them.

In an exceptional Arrow Video-produced video essay about Noé’s filmography, the narrator draws attention to a one-sheet poster of Climax featuring Noé himself sneering with a sangria drink in hand. Above Noé in the poster is big, bold text that reads, “You despised I Stand Alone. You hated Irreversible. You loathed Enter the Void. You cursed Love. Now try Climax.”

Funny enough, this poster’s concept has long been a dream of Noé’s, who said in a recent phone interview with me: “I am so used to getting bad reviews. I really enjoy when [critics] are mean and don’t hold back.” So, naturally, he made a poster out of all his bad reviews.

Climax is Noé’s first R-rated film (all others are not rated) and his most accessible film to date. However, don’t let me lead you astray. Climax is a highly disturbing and intense experience about a French dance troupe whose all-night celebration takes the shape of a hallucinatory nightmare when they discover their sangria drinks have been laced with LSD. The results are downright terrifying, as blood is spilled, ribs are broken and hair is set ablaze.

Despite how chaotic things become when the drugs kick in, Noé’s film dances on the line of realism and extremism. There’s a moment toward the end where it could have taken a nosedive into B-movie horror territory. The beginning of the film leads you to believe that is the case, too, when a blood-covered young woman is running through the snow, crying. We recognize right away this is a moment spliced in from the end, but how we get there and whether this mysterious woman is “the final girl” is what has you hooked.

However, Noé isn’t concerned with dipping into supernaturalism. His chaos is grounded. You don’t see characters eating each other like that infamous Florida cannibal who was high on bath salts. Instead, you see characters hauntingly using their manipulative ways to toss blame at someone who may or may not have been the one who spiked the alcohol in the first place. They hold court in the dance studio, where the film is entirely set. So, if you look guilty, you’d better run.

When asked about whether he considered taking the film a step further, Noé was quick to reply.

“No, because if I didn’t [keep that realism there], the movie would shift from being normal to supernatural, like George Romero’s Dawn of the Dead, or something like that. [Climax] is a horror-disaster movie, but it’s not necessarily elevated. It’s terrifying to people who party a lot or have had blackouts or had their drinks spiked,” Noé said.

Additionally, the film also impresses in its narrative structure. It’s subtly split up into different chapters. Scenes are separated by quotes or kinetic graphics. (Trivia: The ending credits are shown within the first three minutes and the opening credits appear at the 45-minute mark.) Each chapter has its own unique style.

After the (literally) cold open, we are introduced to the entire dance crew through an interview process. The camera remains still and focused on a tube television that is surrounded by old VHS tapes like Andrzej Zulawski’s Possession (1981) and Dario Argento’s Suspiria (1977), both of which served as inspiration for Climax. We get an idea of where these characters come from and what their goals are. Some say if they didn’t dance, they’d rather be dead.

Well, be careful what you wish for.

From there, we transition into a 15-minute unbroken shot featuring the dancers (including Sofia Boutella, who you may recognize from Kingsman or Atomic Blonde) going through their routine. This extended sequence is easily the most mesmerizing part of the entire film. To watch dancers snap, pop and slide like they do is otherworldly — a hypnotizing visual look that was very important to Noé to achieve.

“There are too many disingenuous films out there, so I wanted to get the best dancers in the world. It doesn’t matter if you’re doing a movie about a painter, dancer or musician, you shouldn’t treat the audience like they’re stupid. It’s annoying to see artists portrayed that way,” Noé said.

In this dance sequence (and other scenes preceding it that follow the characters around the building), there is so much going on that you believe everything had to have been mapped out. The camera will focus on one character, but there are other characters in the background that keep the screen busy at all times. However, Noé disclosed that the script was only five pages long, allowing the talent to use the space to create.

“A movie is made of energy, images and sounds, and the problem with most movies in the way they are financed is producers want everything written in advance. Paper is paper and words are words, but they are not images. Too often scripts are turned into pieces of literature and not cinema,” Noé said. “So, if you can find a movie with a minimal storyline or short script, then you can invent.”

Noé said his 2009 film Enter the Void was a 120-page script, while his 2002 commercial success Irreversible was only three pages.

“Don’t put too many restrictions on yourself. You will be amazed by what you come up with when you have the freedom to run,” Noé said.

Climax may not be a film for everyone, but you won’t be able to turn away, even at its darkest moments. It’s horrifying but beautiful, sick but honest, dark but bright, dead but also so alive.

So, slip on your dance shoes, travel to the theater and let’s party.

PRESTON BARTA is a member of the Dallas-Fort Worth Film Critics Association. Read his work on FreshFiction.tv. Follow him on Twitter at @PrestonBarta.