When Antebellum’s creepy teaser-trailer first dropped last year, its mystery began to build excitement. Here was a movie that was seemingly blurring our history's timelines to tell a unique story of America’s Original Sin. Spliced into this slavery nightmare are warped modern images of an airplane flying overhead and friends gathering for a dinner.

Written and directed by Gerard Bush and Christopher Renz, Antebellum finds Janelle Monáe’s author and activist character trapped in a horrifying reality. She must uncover the mystery to survive.

The Denton Record-Chronicle recently sat down with Bush and Renz in a virtual setting to discuss their film. Tiptoeing around the secrets, the filmmakers share their inspirations, subtle details, and the narrative’s mysterious nature.

Preston Barta: It’s fascinating to look at this film next to others that may be more direct with their presentation. Antebellum captures the truth of this dark chapter in America’s history, and it also analyzes it more deeply. What made you arrive at that destination, and what was the experience like for you both to go about this story this way?

Gerard Bush: “I would love to be able to tell you that it was a strategic decision or choice. It was the result of a terrible nightmare that I had. In that nightmare, Monáe’s character was trying to communicate what felt like cross dimensionally for help. And it was such a riveting experience. You could put it within the category of a dream or a nightmare, but it felt so much deeper than that, almost ancestral. And after the nightmare, I wrote all of it down point by point. There was even a language that she used within the nightmare that was completely unfamiliar to my vernacular or my way of communicating. So, I was trying to come up with a scientific reason for how this seeped into my subconscious, and that's how I got it. I don't know. But she referred to her tormentor only as Him. She would never say his name, and I could see him in silhouette and shadow.”

“I talked to [Renz] about the nightmare the next morning, and then he and I put pen to paper and went back and forth until we had a short story. That took just that day. But the short story was going to just be a short story. We never intended for that being a [feature-length] film. And then Zev Foreman, who is now our producer, read the short story. And from there, there was a bidding war with the studios. And then we wrote the script, and that's Antebellum.” 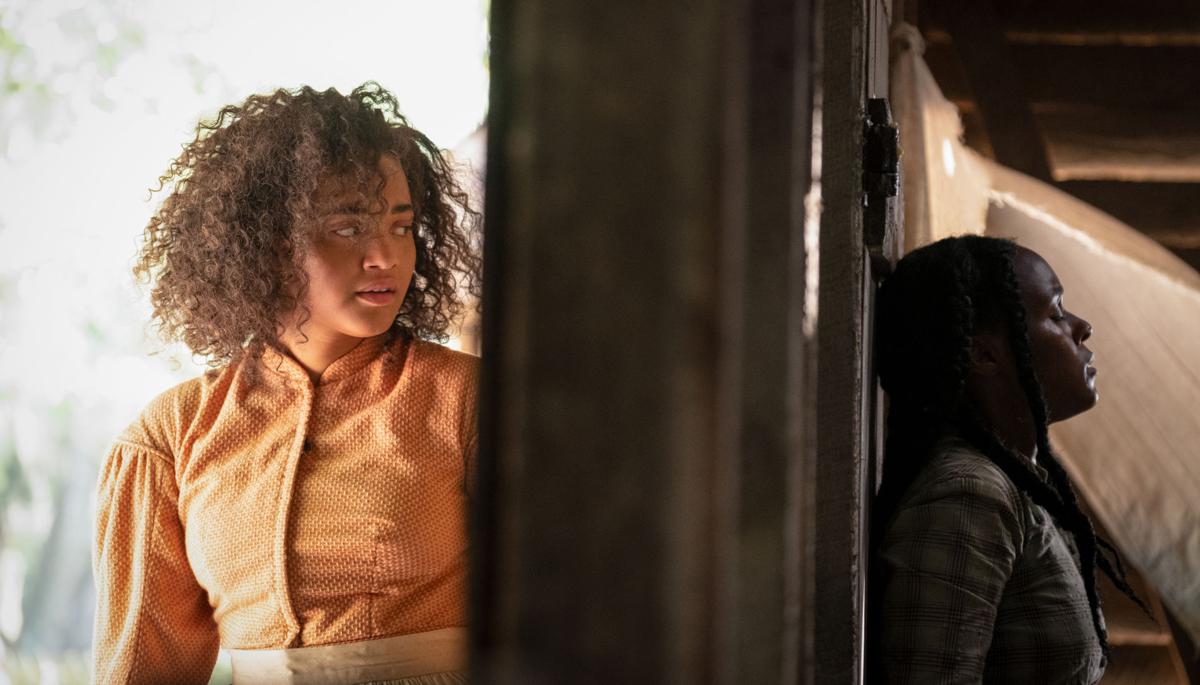 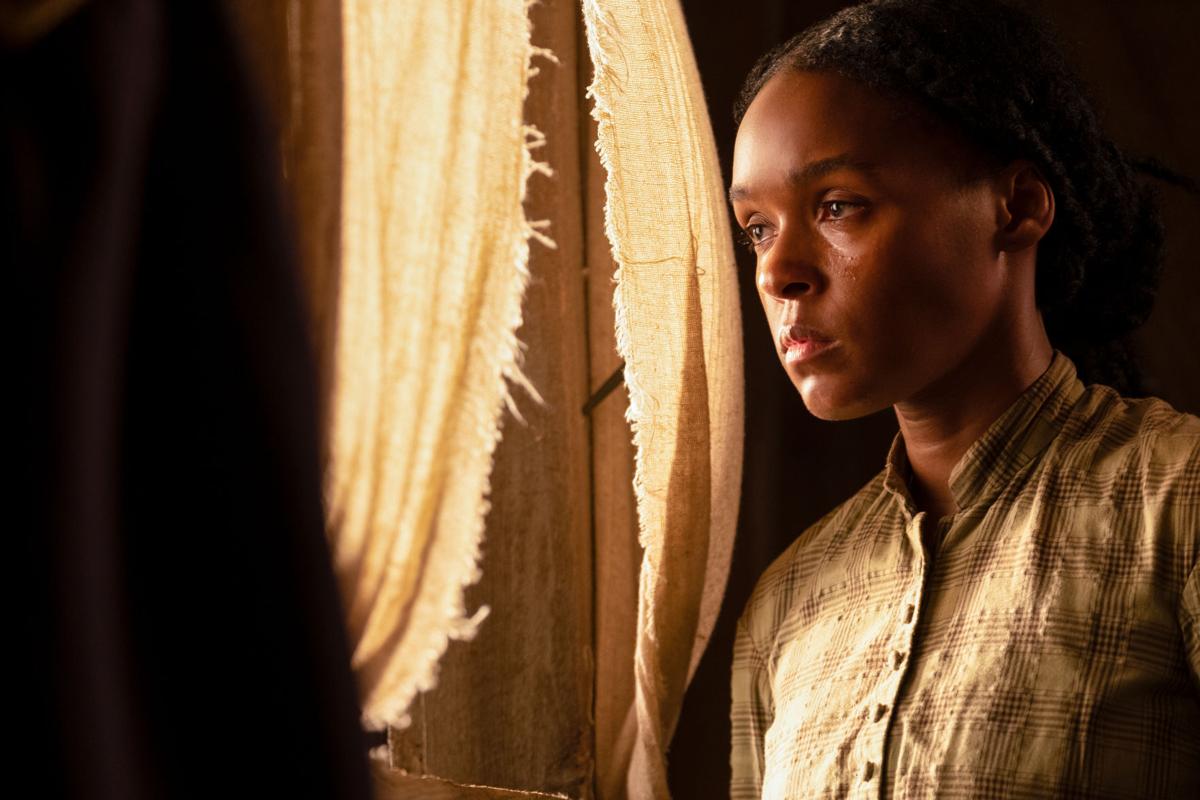 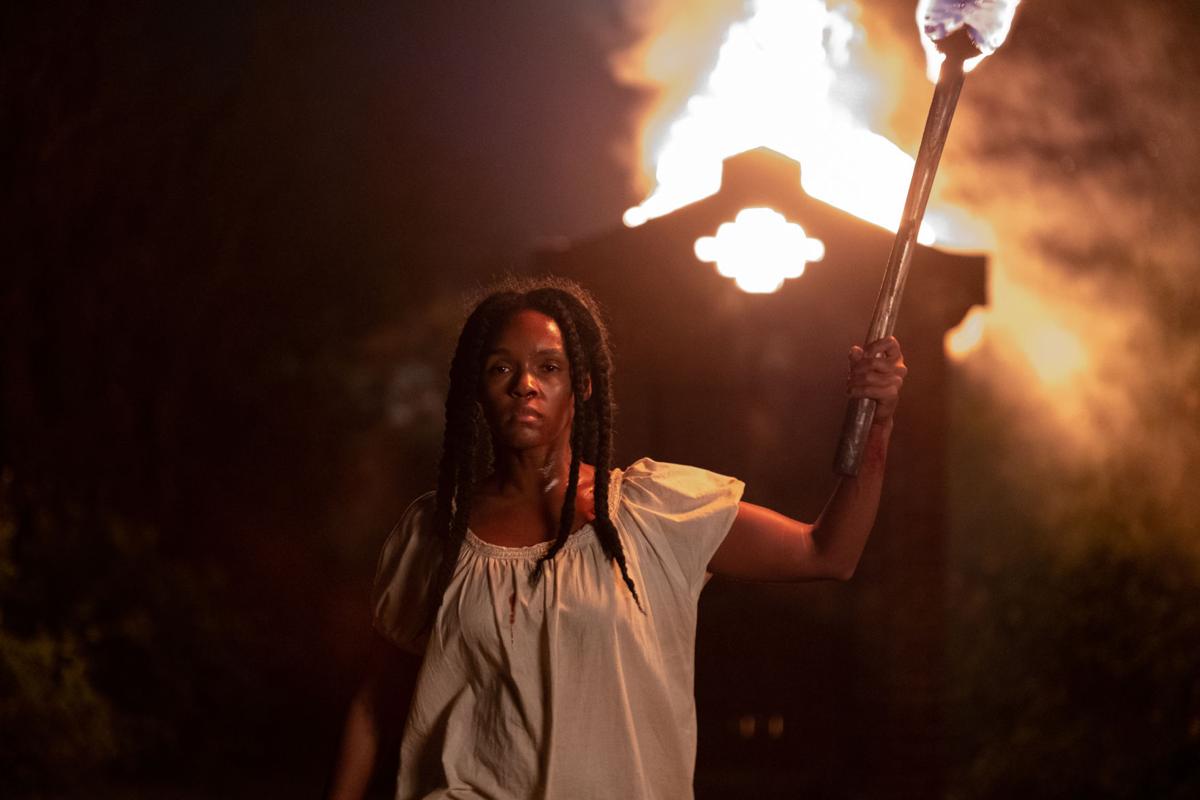 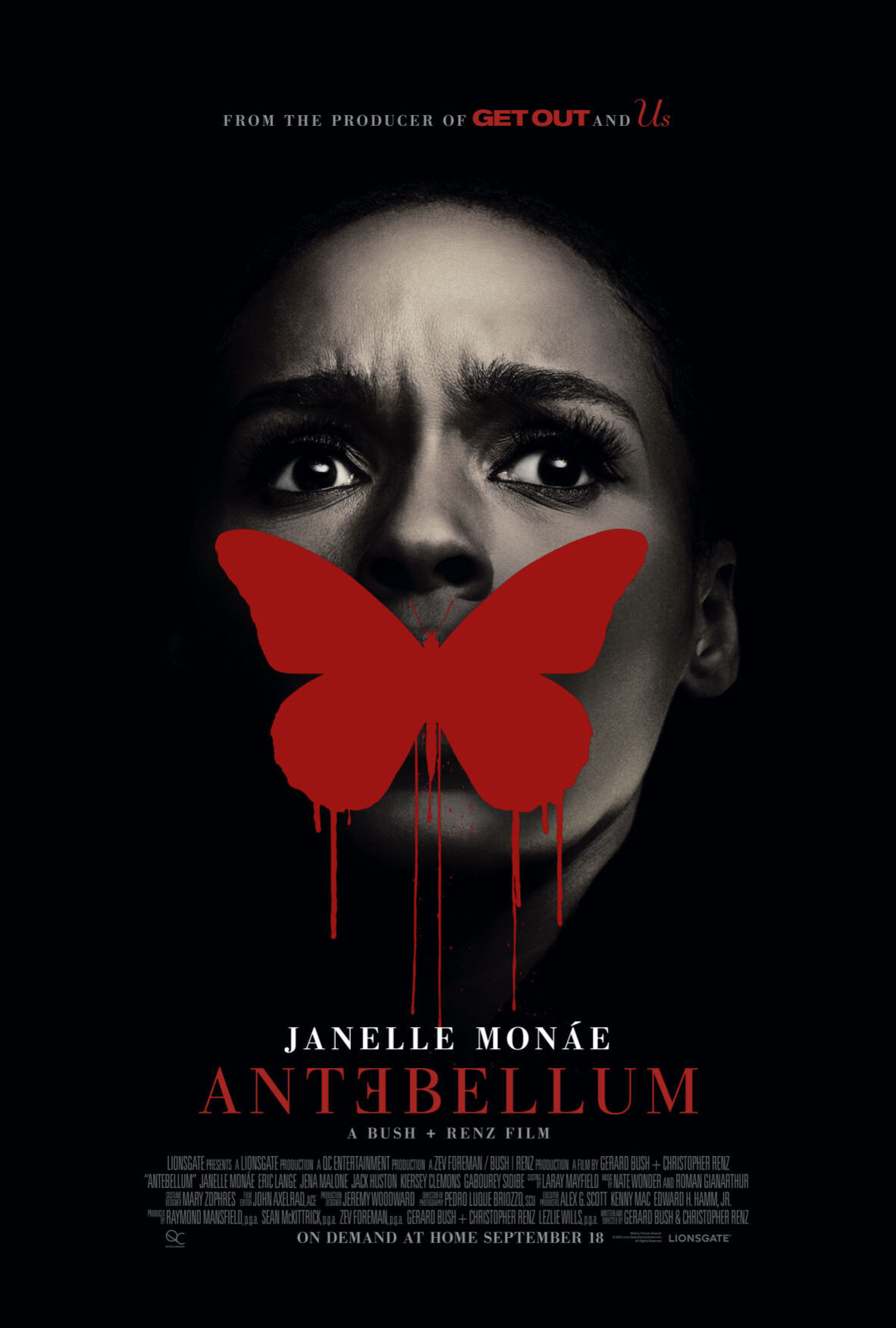 'Antebellum' imagines a present-day author caught in a dangerous reality about herself and her ancestors. Lionsgate.

Antebellum - When dreams and reality blur

'Antebellum' imagines a present-day author caught in a dangerous reality about herself and her ancestors. Lionsgate.

So, is that nightmare you had where the line about our ancestors haunting our dreams to see themselves forward comes from?

Bush: “Well, that line came from my grandmother, my Mimi. I grew up with these conversations about ancestry. A lot of black people did and continue to have our understanding of the world. We live, as explained by our elders, in a context of ancestry. But what Monáe’s character was saying within that context is different. It had a double meaning in this movie.”

“What my grandmother was saying was that you have a responsibility to the ancestors and the spirits that came before us in order to get to a better place and improve upon the inequity, the gross inequity, and to get us to this place that is finally one of an environment where we can have peace. So, that is kind of what she was saying. It is a disorienting thing within this movie because Monáe's character - and we cut it out of the movie - but within the line, she says, ‘My grandmother used to say...,’ which is exactly my grandmother, ‘that the ancestors hop dreams to see themselves forward.’ But it means so much more in the film because it must make the audience member, for at least a second, think, ‘Well, wait a minute. Is this a past life? It's a little bit of a misdirect. It's a little Easter egg that's grounded in truth, but it also throws you off.”

Well, it’s a nice bit of poetry that was perhaps my favorite line in the film. I did exactly what you described. But something that I always look out for as a film watcher is visual information, and there’s plenty in this that is worthy of note, like Monáe’s character putting her hand against the wall when someone is getting beaten by a Confederate soldier on the other side. It shows her reaching out, feeling that pain, too, and trying to pass along comfort.

Bush: “I mean, we're obsessive-compulsive to a fault, every detail. Both of us, we're writers at the end of the day. We're very different writers, but writers that complement each other, I think. I was a contributing creative director for Vogue Brazil. We've done a lot of luxury fashion work before we got into social justice, before we had that calling to really get into change agent storytelling. So, when we were thinking about Antebellum, we were really inspired in many ways by Gone with the Wind. We wanted to correct the record of that piece of propaganda and make something that felt prismatic and its colors and really poetic and its pacing, it's visual language and cadence.”

Christopher Renz: “We felt so strongly about that. We went out and found the Gone with the Wind lenses that the film was shot on and acquired them and refitted them for our cameras so that we could literally shoot those plantation scenes through that same lens.”

Bush: “That's how obsessive-compulsive we are. So, we hunted those lenses down, and the studio was getting really impatient with us because—”

Renz: “Our [director of photography, Pedro Luque] was just as obsessed every morning at pre-production. We would poke our heads into his office and say, ‘Did you get them yet? Have you gotten them yet?’”

Bush: “We wanted the audience to be immersed in the experience right away with the opening scene. It should feel operatic but also incredibly beautiful. And we recognize that beauty and horror oftentimes live simultaneously in the same space, which makes the horror that much more horrific. And so, I really appreciate you. That touched me a little bit because the fact that you could recognize the poetry in what we were saying in a visual way — I mean, we don't know if that's always being communicated or if people are getting it, but I'm glad that you got that.”

Of course. Well, I like to think very deeply about a movie. I am constantly wondering what is going through the storytellers’ minds. Are you the same way when watching films, or do you work to carve your own path?

Bush: “It depends on the film. Some, you know, you find yourself talking about for days afterwards, and others, you move on quickly. But, yeah, we look for all of those little pieces in a film. So, I'm curious on a second viewing, how many of the Easter eggs you will spot.”

I’ll let you know when I do!

Bush: “And they're also, if you think about reading, for instance, like if I read something from someone and within, I don't care if it's an article or a book or a short story, if within the first paragraph or two, I recognize that it's not a good writer, then you've lost me. I'm almost prone to just say, well, forget it.”

“I love films. And [Renz] loves films, and we are voracious consumers of them. There are movies that get our backs straight. At the very beginning, you start thinking, ‘Oh, this is going to be something. I'm plugged in. I'm not watching passively. I'm deeply engaged.’ And at that point, when you've got me like that, I'm looking at every little detail because I know, or I suspect, or I hope that if the filmmaker cares enough to make something that feels potent enough to grab my attention within the first five minutes in a real, like grabbed me by the neck, then that means that they might care enough about all of these other little details upcoming.”

“So, as a filmmaker, I better pay attention. I better engage because clearly the audience cares. But if the writing isn't good or the filmmaking is lazy, transactional or on autopilot — I mean, [Renz] and I care deeply about every little thing, to the point that we drive ourselves crazy and the people around us. But thank God we live together, and we talk constantly about what drives the other crazy. It has to be right.”

“So, I don't want to look at other filmmakers' art from a place of critique and break it down. I want to be able to experience that art in a way when [Renz] and I first saw Parasite. We were at the DGA theater [in Los Angeles]. And when I tell you, we deliberately stayed away from anything. We didn't want to know anything about it. And within the first five minutes, I mean, we were just like, ‘Yes!’ We knew we were in something special. All of those little clues and hints they meant something. You need to pay attention, and you need to be alert. So, I'm sorry for that long-winded answer, but yes!”