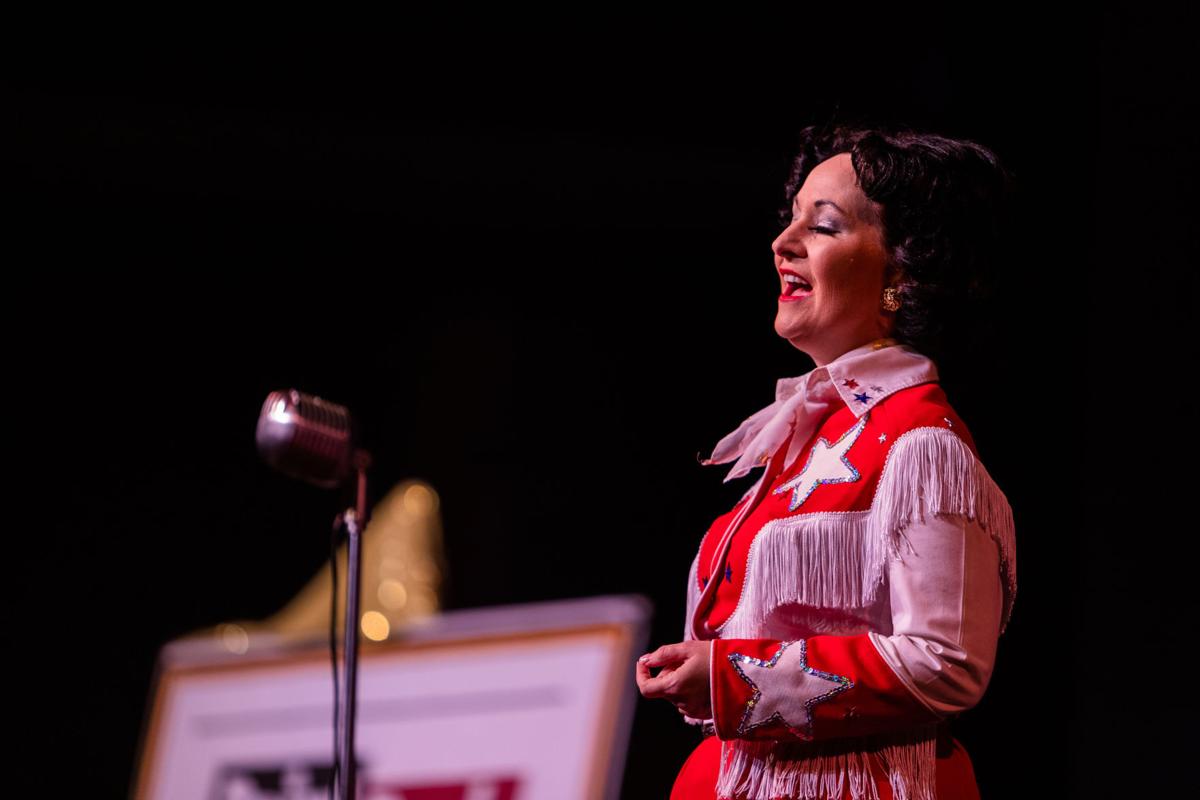 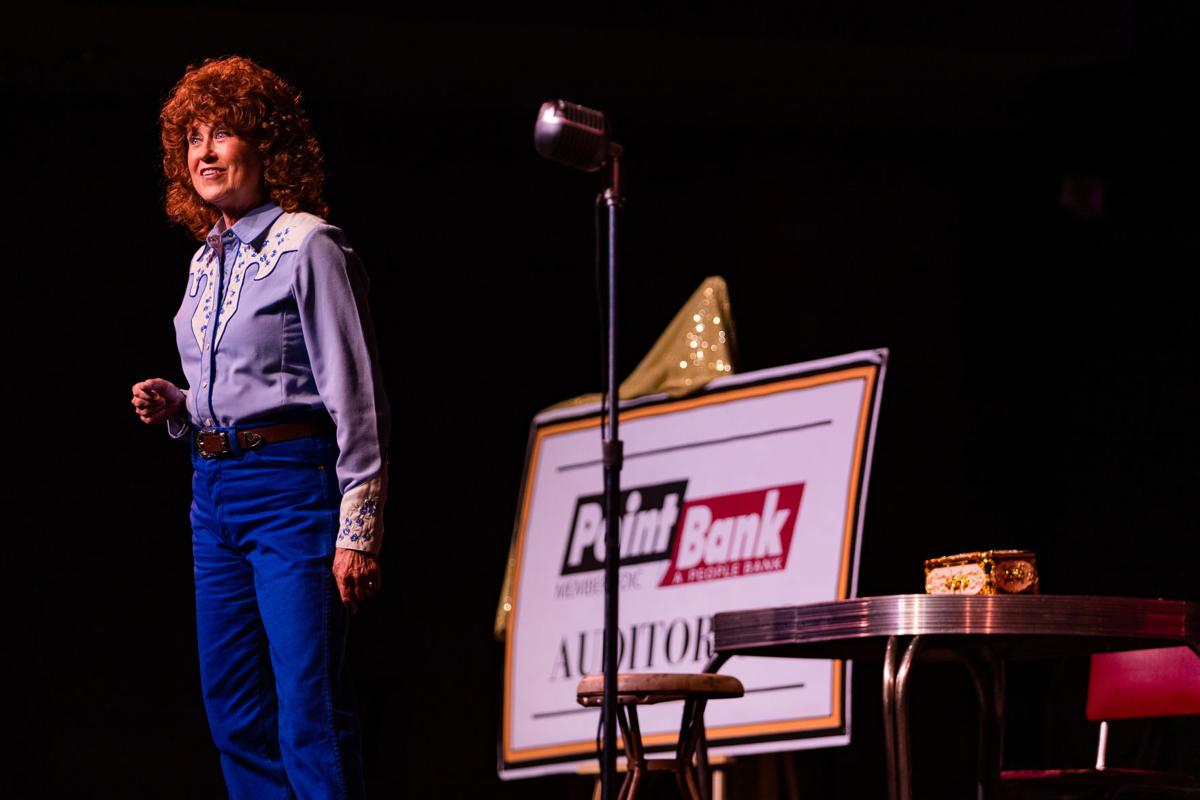 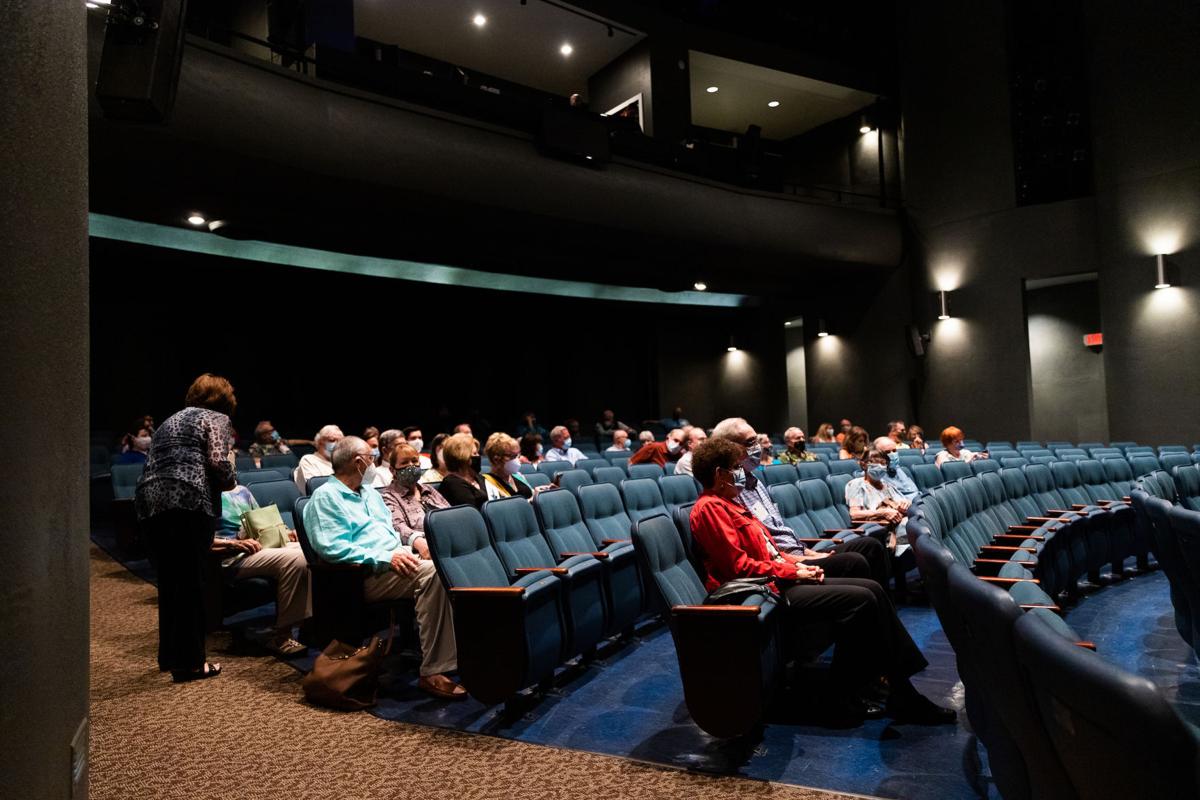 Theatre Denton reopened the Campus Theatre on Thursday for the first time since COVID shuttered live entertainment. The company opens the theater with "Always... Patsy Cline" and plans to perform "Matilda" (based on the Roald Dahl book) in August.

Theatre Denton reopened the Campus Theatre on Thursday for the first time since COVID shuttered live entertainment. The company opens the theater with "Always... Patsy Cline" and plans to perform "Matilda" (based on the Roald Dahl book) in August.

It’s been more than a year since patrons have settled into the folding seats at the Campus Theatre.

Theatre Denton opened its doors Thursday night for a preview of Ted Swindley’s Always ... Patsy Cline to a reduced-capacity house.

Managing Director Mike Barrow said the company followed guidelines from the Centers for Disease Control and Prevention carefully as they planned the company’s first show since it became a new entity, following the merger of Denton Community Theatre and Music Theatre of Denton.

“Our decisions really came from the CDC. We watched vaccinations, and looked really closely at that as we figured out how the season was going to unfold,” he said.

There are just two policies for patrons right now: Wear a mask in the Campus Theatre, and be prepared to sit in spaced-out clusters. Patrons who buy group tickets will be spread out throughout the house, Barrow said.

“We’re selling 50% capacity, so we’ll only sell tickets for half the seats in the house,” Barrow said. “We didn’t want to Katie-bar-the-door and go back to what we were doing before. We want to take some time. The safety of the staff and our ticket buyers is the guidepost.”

For performers, the rules are a little more complex. The band — a guitarist, pianist, fiddler, slide guitarist, upright bassist and drummer — will wear bandanas, bank robber-style, and director Brad Speck kept actresses Sharon Barnhill, who plays the role of Louise Seger, and Melissa Sims, who plays the role of Patsy Cline, at a distance when he could, though they do end up embracing a time or two.

Speck said the company didn’t require the cast and crew to get their vaccines to participate, but the company has a tradition of coaching casts to get proper sleep and to stay healthy as rehearsals move into the stressful dress rehearsal week, when the crew adds in lighting, sound, costumes, set and props.

Speck said the company decided not to hold auditions, which would have brought performers into the Campus Theatre and possibly made social distancing difficult. Instead, the company called on Sims to lend her considerable voice to the title role once more — Sims sang the role once before on the local stage, but shared it with two other actresses. They also invited Barnhill to take on the comedic role of Louise, which is squarely in Barnhill’s wheelhouse.

“Just being part of the first show Theatre Denton is doing is a privilege,” Barnhill said.

“It is,” Sims added. “It’s just a privilege and an honor to be able to do this show and to sing this music.”

Speck said the company tried to negotiate the rights to stream Always in addition to staging live performances.

“That just wasn’t possible, because just about every song has a different rights owner,” Speck said.

The musical features 27 songs sung by the iconic country singer, including the gems “Crazy,” “Walking After Midnight,” “She’s Got You” and “I Fall to Pieces.” The musical depicts the unlikely friendship that blossomed between super-fan, Louise, and the rising music star. Told through Louise’s memories and a few of the women’s many letters, Always waxes nostalgic while tenderly considering the depth and significant of women’s friendships.

“I’ve missed it,” Barnhill said. “I’ve missed being on stage with people and working with friends. It’s nice to be back.”

Sims had performed in three of the company’s recorded projects, which streamed during the pandemic.

“I don’t think I’ve worn makeup in a year, and having to go into a full face of makeup, it’s like, ‘Do I remember how to do this?’ And even though I’ve done the show before, there were things I didn’t remember. I was like ‘What’s this?’”

Speck said he and the cast haven’t treated the show any differently than a show opened for a full house.

“I treat every show the same,” he said. “I feel fortunate to work on any show I’m doing, and this one’s no different. This isn’t new for theater. In Shakespeare’s time, theaters closed frequently because of the plague.”

The actresses said they’ll perform for the half-size houses with the same energy and passion as they would for a full house.

“Every house has its own chemistry, and it can be weird,” Sims said. “Some audiences get the jokes as a group, and some houses have one person who laughs and another person who claps. It’s the weirdest thing. But each one is unique, and you give all of them a real show.”

Barnhill said she’s requested her friends give an assist when they come.

“I’m asking all my friends to laugh loudly and really just to laugh if they find the least little thing funny,” she said.

Barrow said the company will reevaluate its policies for every show into 2022.

“We aren’t selling season tickets this year,” he said. “We’re doing Matilda (based on the Roald Dahl book) in August, and we’ll be looking at our policies for that show. We’ll keep the safety of our company, our performers and our patrons at the top of our priority list.”

If you go: Masks are required in the theater.

Tickets cost $25 for adults, $20 for seniors and $15 for students and children. For reservations, visit https://buy.ticketstothecity.com/purchase.php?event_id=9430.