Gray clouds loom above the Denton County Administrative Courthouse off Loop 288 as a storm complex moves in Oct. 13.

Armstrong is a well-known North Texas political consultant who owns Flower Mound-based Grassroutes Public Relations. He has worked on political campaigns for conservative candidates in a variety of positions, which have sometimes resulted in controversy.

In January, a lawsuit was filed against Armstrong over his role in the Denton County Republican Party chair race. Now-chair Brent Hagenbuch alleged Armstrong switched sides from Hagenbuch’s campaign to his opponent, Connie Hudson. The suit was settled several months after it was filed.

Armstrong is also a consultant for Williams, who unseated incumbent Hugh Coleman for Denton County Precinct 1 commissioner in 2020. Coleman filed an IRS complaint against both of them, alleging several violations against the campaign. It isn’t clear if an investigation ended up taking place. 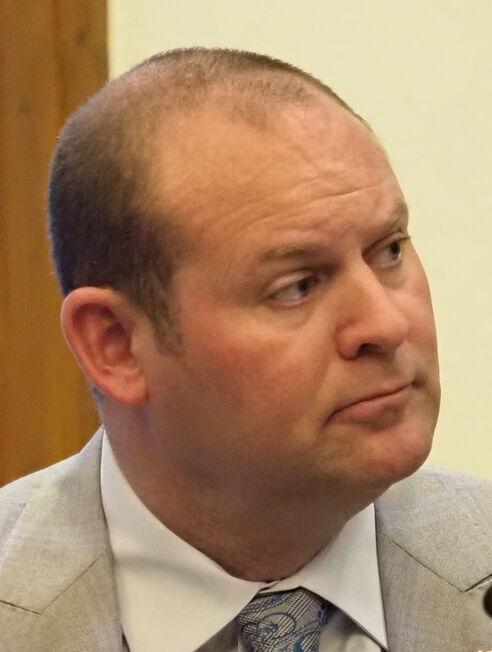 When Williams took office, he hired Armstrong as his chief administrator — each of the four county precinct commissioners has one such employee. Armstrong has held the job since, with an annual salary of $77,234 in 2021 and $81,940 in 2022.

During Tuesday’s Commissioners Court meeting, however, Williams announced Armstrong is resigning as chief administrator. Each of them posted on social media about the change, with Armstrong stating “there are some exciting business ventures I will be embarking on, in addition to some very important things I wish to achieve in the political arena.”

Williams, reached Thursday, said it was purely Armstrong’s decision to resign. He said the two had already discussed separating at some point so Armstrong could go back to full-time consulting. Williams also clarified that Armstrong will likely be heading up his 2024 reelection campaign, similar to his 2020 campaign.

“At this point, that’s the plan,” Williams said. “As long as he meets the necessary requirements I have, absolutely. He’s done that so far, so I don’t see why that would change.”

Armstrong said Thursday that resigning will allow him to focus on Grassroutes and other business opportunities, including “setting up another business outside of politics.”

During his time as chief administrator, Armstrong’s critics have accused him of letting his political work interfere with his full-time job at the county. Both he and Williams have maintained that it never got in the way.

“I was dedicated to working my 40-plus hours for the county,” Armstrong said. “I gave my time and effort to the people of the county and the citizens. They got their money’s worth. ... I don’t think anybody who’s not an enemy of mine would agree that it [interfered] either.”

From one precinct to another

In what resembles a game of musical chairs, the Precinct 1 chief administrator spot has already been filled. Capricia Willis, who spent just shy of two years as Precinct 4 Commissioner Dianne Edmondson’s chief administrator, officially took up the role about as soon as Armstrong left. 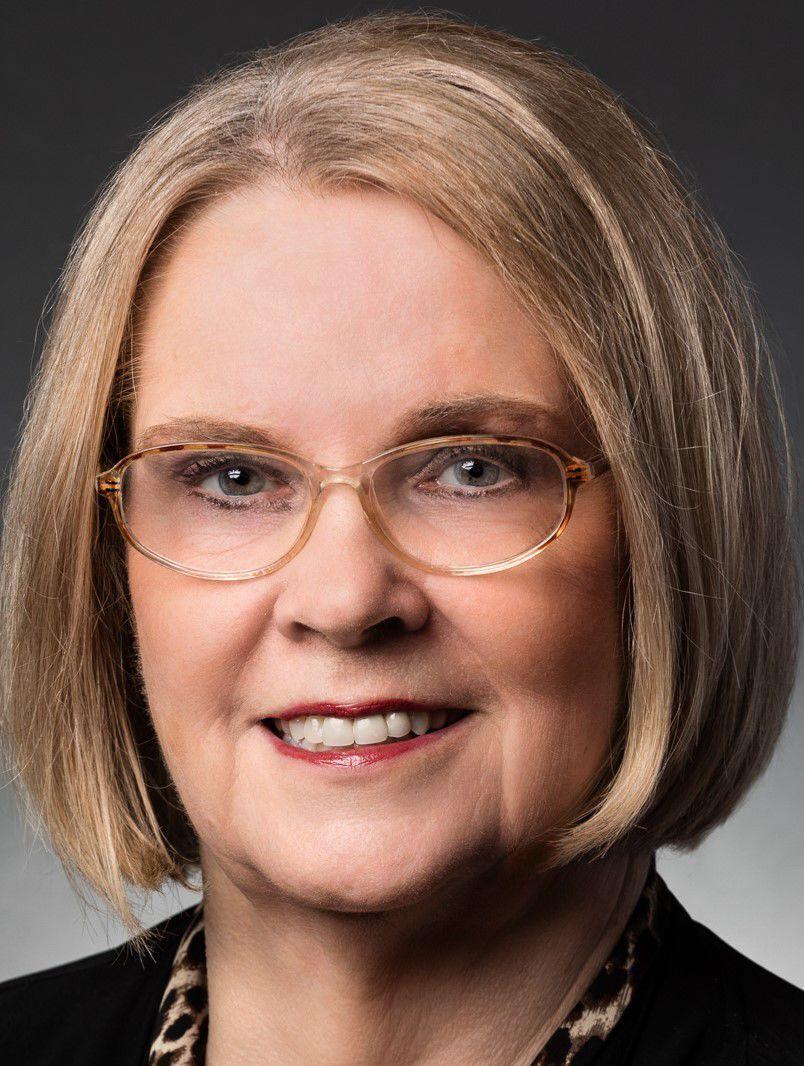 Willis, reached Thursday, said she resigned in lieu of termination after Edmondson informed her a few weeks ago that she would be letting her go. Willis had worked in Edmondson’s office since the start of her first term in 2018.

“The only thing she told HR was that things weren’t working out,” Willis said. “She didn’t give me a reason, she just told me I was terminated. She offered me to resign rather [than be terminated].”

In a text message statement Thursday, Edmondson wrote she is “very excited to welcome” Turkoly, as she “brings a wealth of county knowledge along with an impressive communications resume.” She did not comment at all on Willis, citing a section of state law stating “the Commissioners Court or a member of the court may not attempt to influence the appointment of any person to an employee position authorized by the court.”

“The residents of Precinct 4 can look forward to great service from Ms. Turkoly,” Edmondson wrote. “As for other employment decisions by fellow commissioners, state law prohibits me from taking any actions — positive or negative (including commenting) — which could influence the employment decisions of another member of Commissioners Court.”

Williams said Willis has a good background for what he needed in the role, and that he didn’t know she and Edmondson were separating.

“She worked for one of the sheriffs before, worked for road and bridge, worked for Dianne,” Williams said. “For me, she’s got a lot of administrative background. That was one of the most important things my office needed. It worked out well for me to go that route.”

Lilyan Prado-Carrillo retold the story of crossing the Rio Grande to get to the United States when she was 5. Her parents had migrated from Guatemala to the U.S. to find a better opportunity for their family.

A rope was thrown to her family to cross the river. Prado-Carrillo remembers the high river and currents while her dad held her sister on his shoulders and the coyote held her.

Prado-Carrillo is not afraid to tell the story of how her family crossed the border because she wants people to understand the sacrifices her parents made to leave their homeland.

Prado-Carrillo was the keynote speaker for the Hispanic Heritage Month event hosted at the Martin Luther King Jr. Recreation Center on Saturday morning.

This was the second year for the center to host the event, titled “Unidos: Inclusivity for a Stronger Nation.” Prado-Carrillo talked about the importance of having Latino representation, understanding why families sacrifice to cross the border and getting Latina women recognized.

Hispanic Heritage Month runs from Sept. 15 to Oct. 15. The month celebrates the histories, cultures and contributions of American citizens whose ancestors came from Mexico, Central and South America, Spain and the Caribbean.

Sept. 15 is significant because it is the anniversary of independence for Latin American countries, including Costa Rica, El Salvador, Guatemala, Honduras and Nicaragua. Mexico celebrated its independence on Sept. 16, while Chile celebrated on Sept. 18.

Prado-Carrillo, a bilingual specialist at Alexander Elementary School, told the crowd that American textbooks are one-sided when retelling Latino history.

Prado-Carrillo said it is up to leaders and parents to take the issue with the Texas Legislature to get the entire Latino history into textbooks.

“We have to go out there,” Prado-Carrillo said. “As parents, we have to find ways to educate our children so that they can grow proud of who they are.”

She told the crowd of her visit to the migrant caravans in Tijuana, Mexico. She met many families who left everything behind to get a better opportunity. Prado-Carrillo said that parents, and even teenagers, leave their homelands to escape violence, poverty and suffering.

“If you get here, and if you’re an immigrant here, it’s because it requires ganas [desire] and bravery,” Prado-Carrillo said. “It requires sacrifice.”

Huerta helped organize the Delano grape strike in 1965 in California and was the lead negotiator in the workers’ contract that was created after the strike. Prado-Carrillo said people only know who Chavez is.

“We should be mad, borderline upset, because people in our community know who the male leaders are in our communities, but we [women] don’t get enough representation,” Prado-Carrillo said.

Humberto Romero, a graduate student at the University of North Texas and president of the UNT Society of Hispanic Professional Engineers, also shared his story with the crowd.

He said the society’s mission is to empower the Hispanic community in STEM fields — science, technology, engineering and math — through projects including outreach at elementary to high schools, such as helping students with robotics.

Romero said he moved from Torreón, Coahuila, Mexico, to the U.S. when he was 13. He said he helps the Latino community now because of the many people who helped him with the language barrier when he arrived. He said his vision is for Hispanic people to be engineers and scientists in fields where they are underrepresented.

“I had a lot of people who helped me to where I am today,” Romero said, “… and I believe in what we do.” 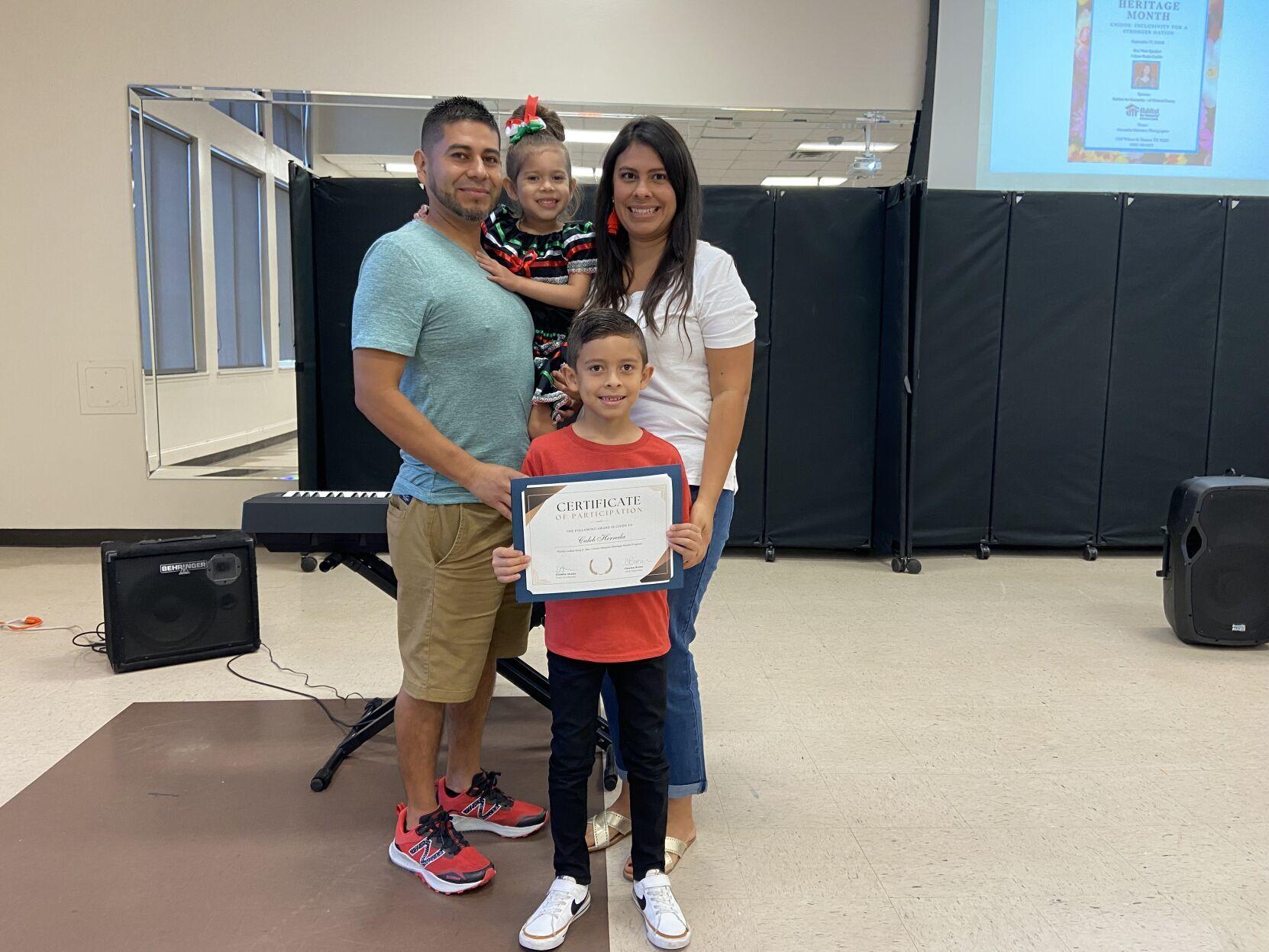 Parents Jose and Rebecca Herrada pose for a photo with their children, Caleb and Azeneth. Caleb was presented with a certificate after his piano performance in front of the crowd on Saturday at Martin Luther King Jr. Recreation Center.

Caleb takes classes at Sunny Side Music Denton. His father, Jose Herrada, said it was a privilege for his son to play during the event and that educating their family about Latino culture is important.

“For me, it’s very important because he’s representing all the other Latino kids,” said Caleb’s mother, Rebecca Herrada.

Prado-Carrillo said Denton has about a 25% Latino population. Latinos make up 31% of students at public schools, while about 6% represent the city in leadership roles.

Recreation coordinator Yosselin Muller said she was happy with the turnout for Saturday’s event. The event also aims to reach out to the Hispanic community and inform them of the recreation center’s resources.

Muller said the center offers GED classes and English as a second language classes and hopes to aim for more programs for low-income communities.

“We need to do everything that we possibly can to support everyone in the community,” Muller said.