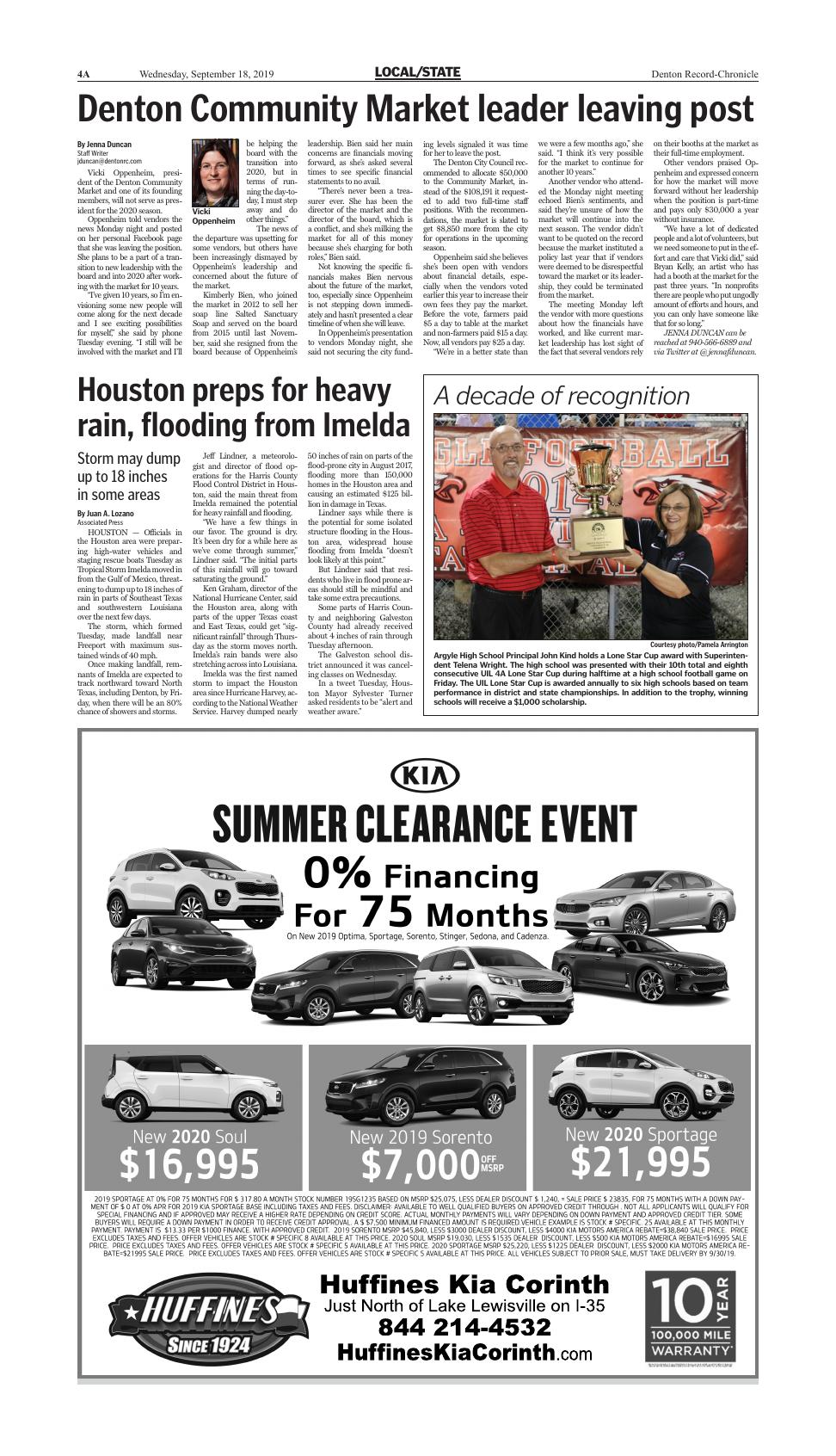 Vicki Oppenheim, president of the Denton Community Market and one of its founding members, will not serve as president for the 2020 season.

Oppenheim told vendors the news Monday night and posted on her personal Facebook page that she was leaving the position. She plans to be a part of a transition to new leadership with the board and into 2020 after working with the market for 10 years. 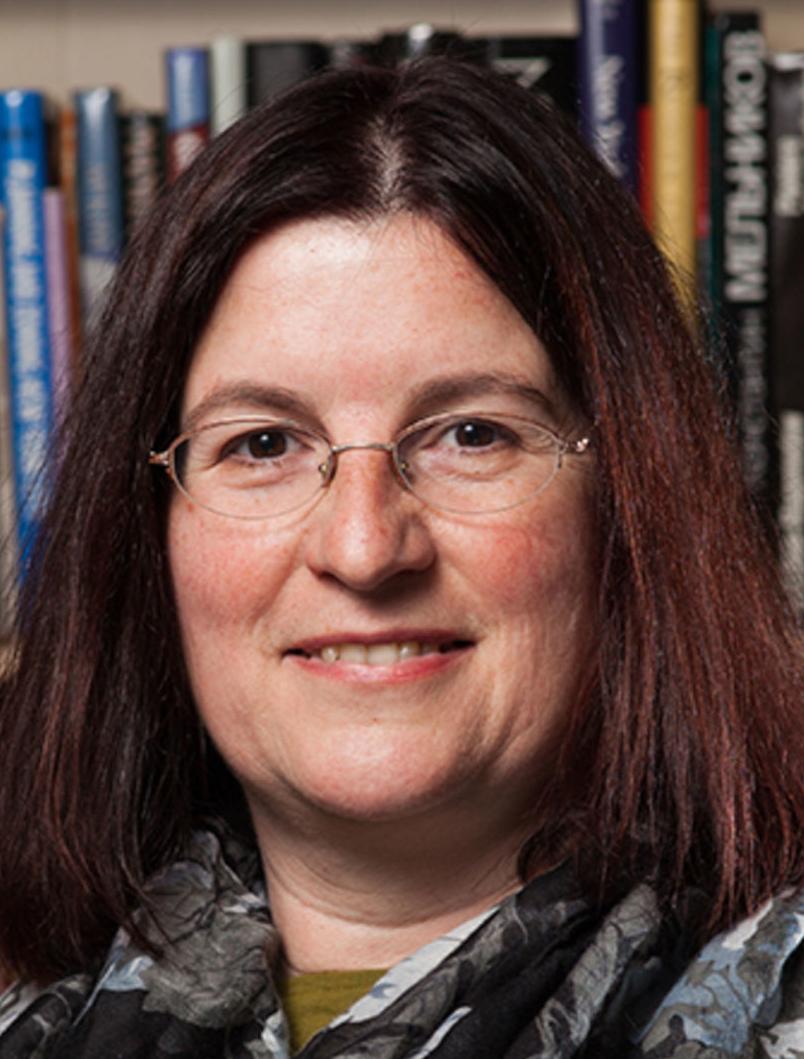 “I’ve given 10 years, so I’m envisioning some new people will come along for the next decade and I see exciting possibilities for myself,” she said by phone Tuesday evening. “I still will be involved with the market and I’ll be helping the board with the transition into 2020, but in terms of running the day-to-day, I must step away and do other things.”

The news of the departure was upsetting for some vendors, but others have been increasingly dismayed by Oppenheim’s leadership and concerned about the future of the market.

Kimberly Bien, who joined the market in 2012 to sell her soap line Salted Sanctuary Soap and served on the board from 2015 until last November, said she resigned from the board because of Oppenheim’s leadership. Bien said her main concerns are financials moving forward, as she’s asked several times to see specific financial statements to no avail.

Not knowing the specific financials makes Bien nervous about the future of the market, too, especially since Oppenheim is not stepping down immediately and hasn’t presented a clear timeline of when she will leave.

In Oppenheim’s presentation to vendors Monday night, she said not securing the city funding levels signaled it was time for her to leave the post.

The Denton City Council recommended to allocate $50,000 to the Community Market, instead of the $108,191 it requested to add two full-time staff positions. With the recommendations, the market is slated to get $8,850 more from the city for operations in the upcoming season.

Oppenheim said she believes she’s been open with vendors about financial details, especially when the vendors voted earlier this year to increase their own fees they pay the market. Before the vote, farmers paid $5 a day to table at the market and non-farmers paid $15 a day. Now, all vendors pay $25 a day.

“We’re in a better state than we were a few months ago,” she said. “I think it’s very possible for the market to continue for another 10 years.”

Another vendor who attended the Monday night meeting echoed Bien’s sentiments, and said they’re unsure of how the market will continue into the next season. The vendor didn’t want to be quoted on the record because the market instituted a policy last year that if vendors were deemed to be disrespectful toward the market or its leadership, they could be terminated from the market.

The meeting Monday left the vendor with more questions about how the financials have worked, and like current market leadership has lost sight of the fact that several vendors rely on their booths at the market as their full-time employment.

Other vendors praised Oppenheim and expressed concern for how the market will move forward without her leadership when the position is part-time and pays only $30,000 a year without insurance.

“We have a lot of dedicated people and a lot of volunteers, but we need someone to put in the effort and care that Vicki did,” said Bryan Kelly, an artist who has had a booth at the market for the past three years. “In nonprofits there are people who put ungodly amount of efforts and hours, and you can only have someone like that for so long.” 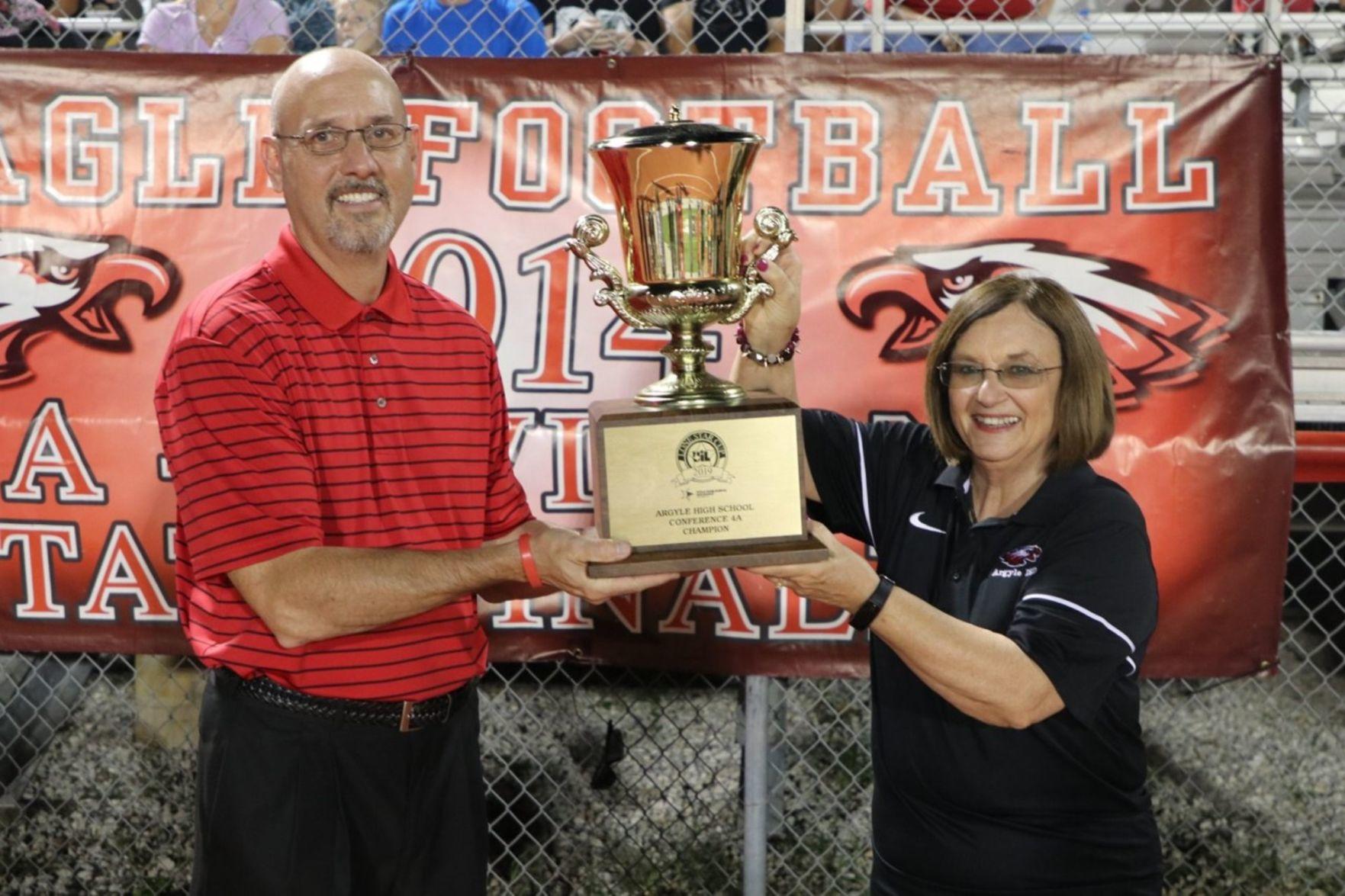 Argyle High School Principal John Kind holds a Lone Star Cup award with Superintendent Telena Wright. The high school was presented with their 10th total and eighth consecutive UIL 4A Lone Star Cup during halftime at a high school football game on Friday. The UIL Lone Star Cup is awarded annually to six high schools based on team performance in district and state championships. In addition to the trophy, winning schools will receive a $1,000 scholarship. 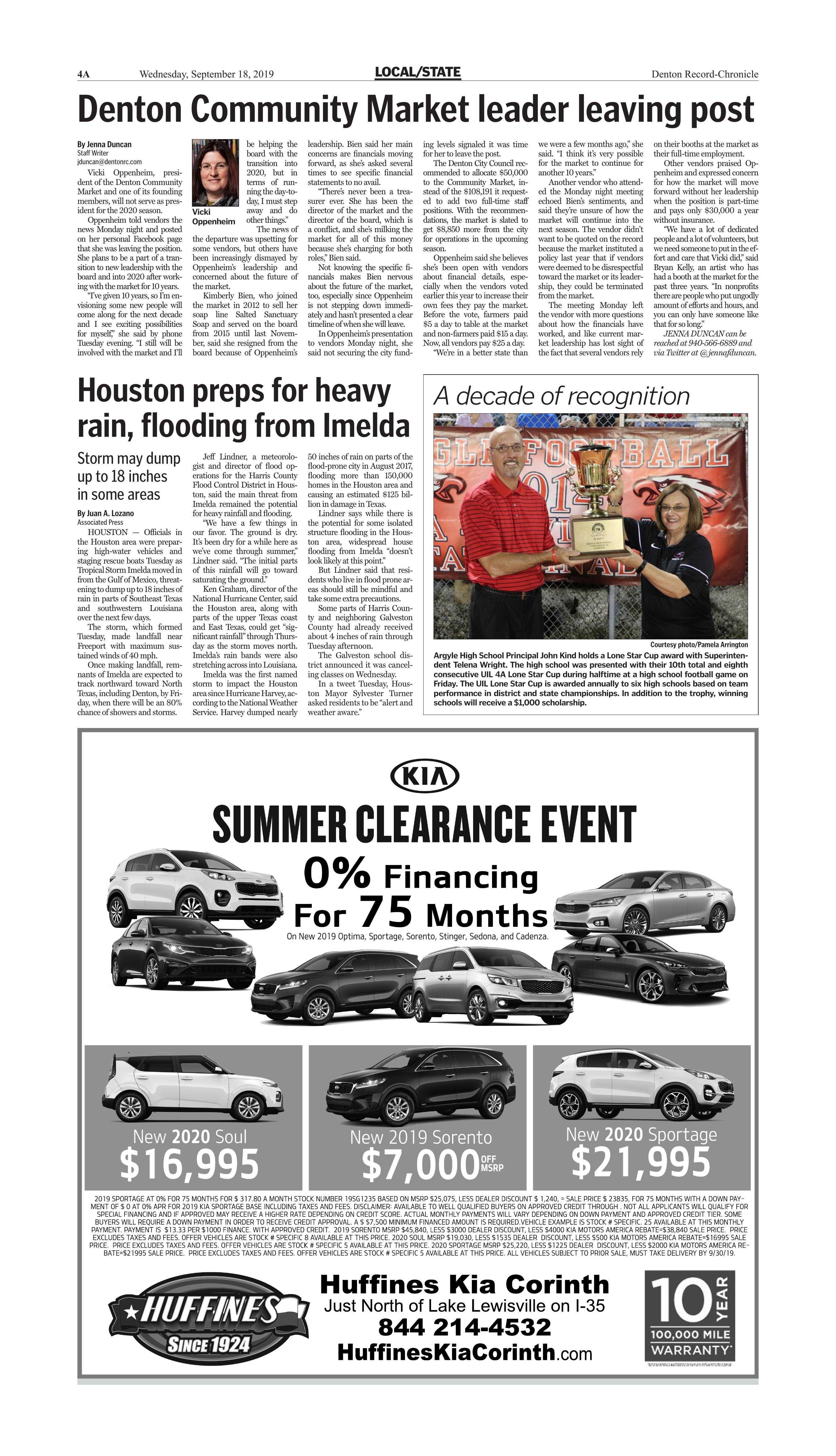