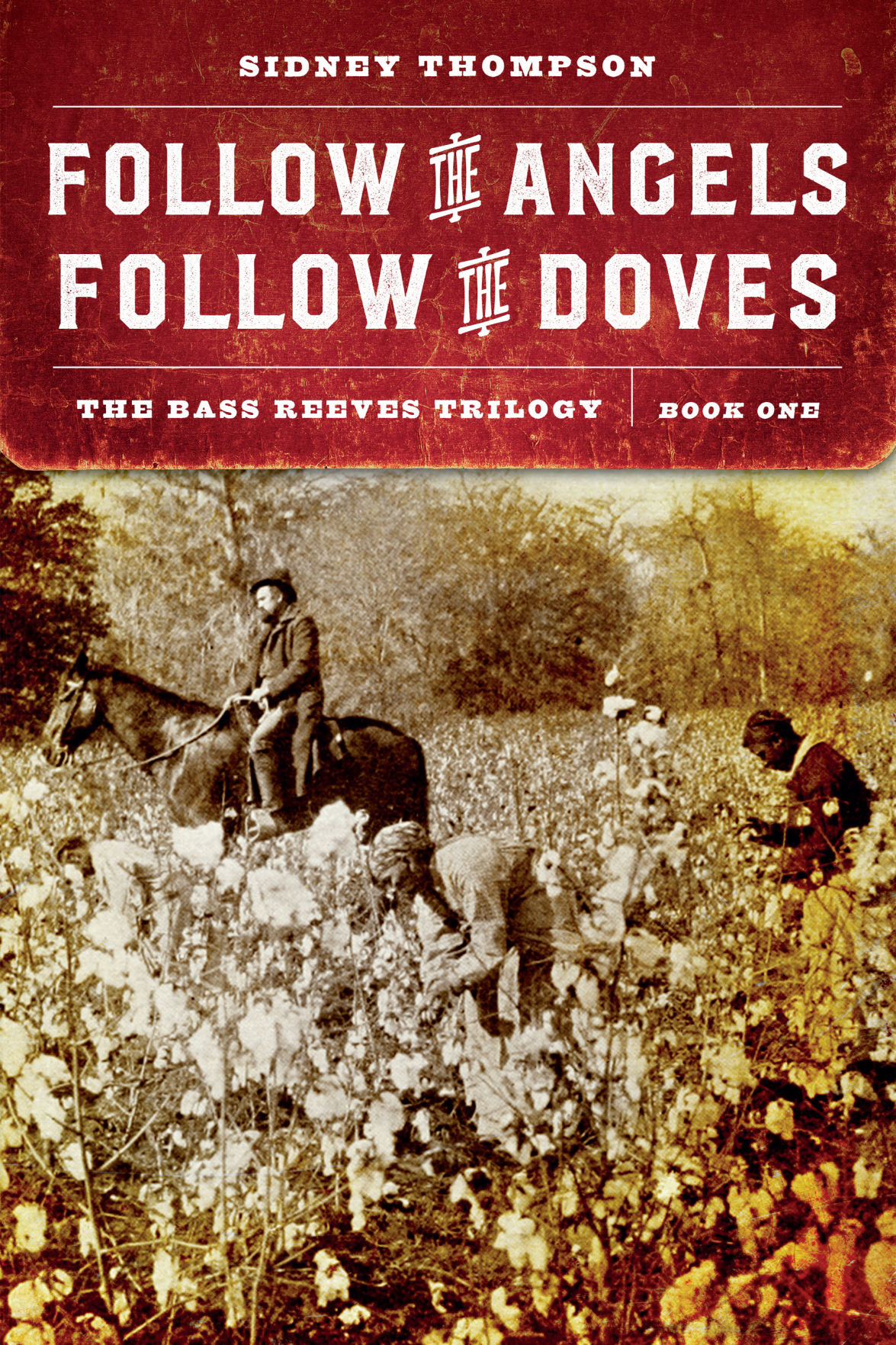 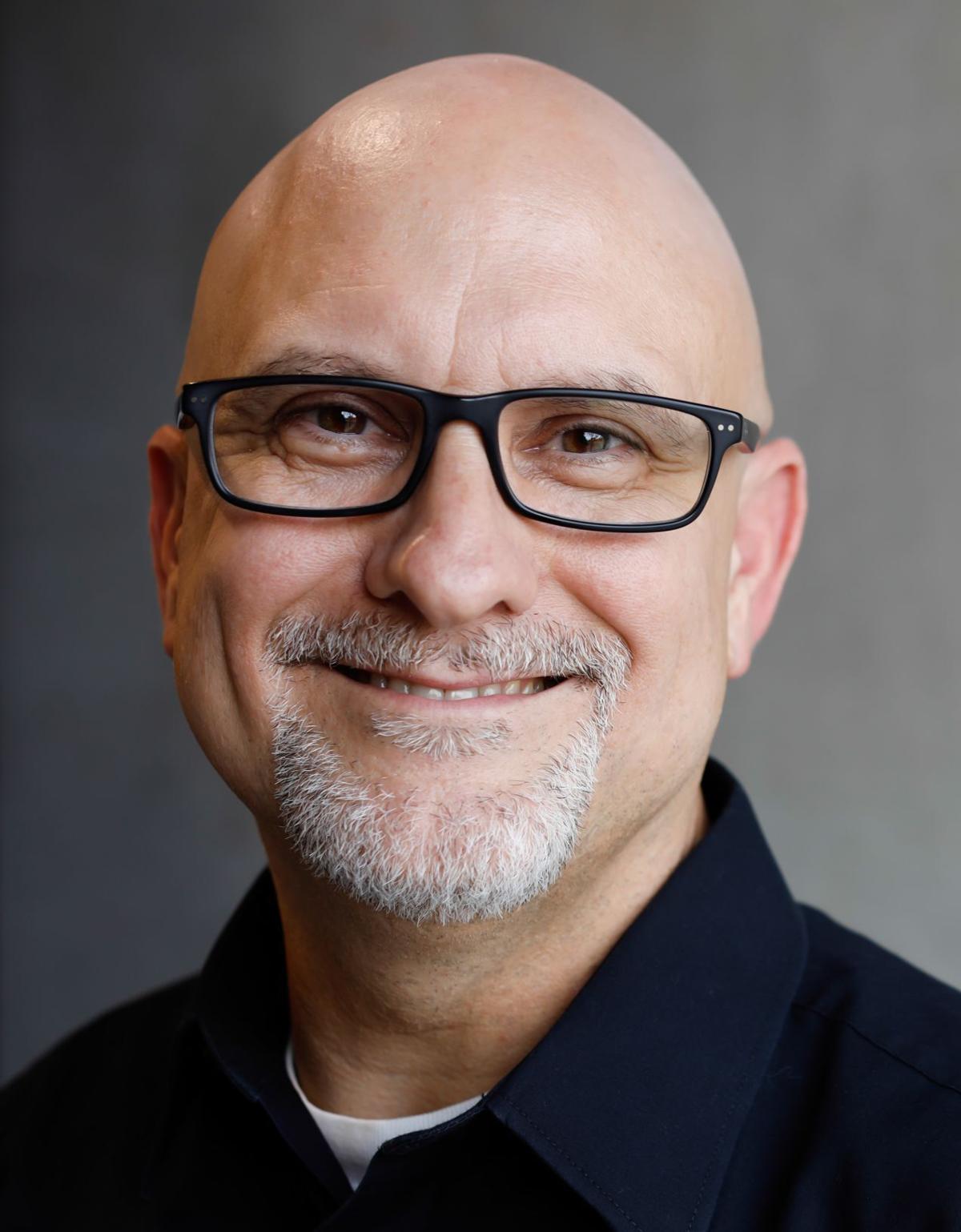 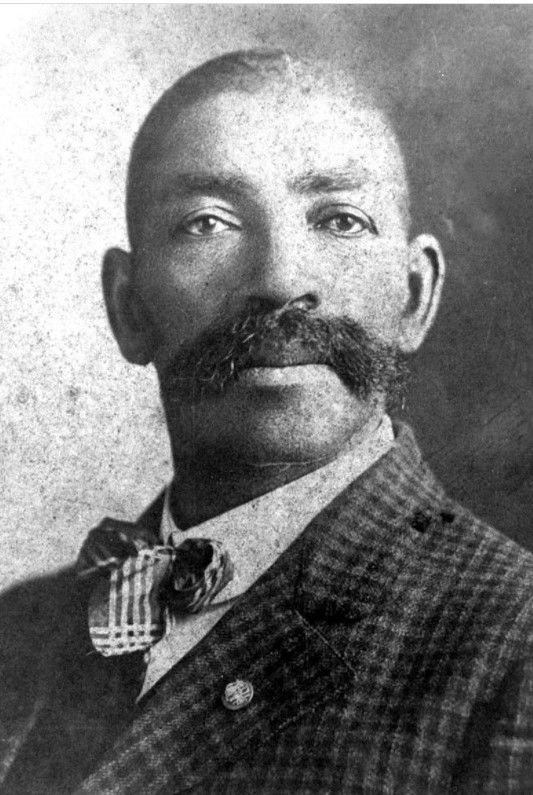 Bass Reeves was born a slave and eventually became the first Black Deputy U.S. Marshal west of the Mississippi River. His law career and renown were the inspiration for the Lone Ranger.

When professor and writer Sidney Thompson learned that the inspiration for the Lone Ranger was a Black law man born into slavery, he knew he had the makings of a book.

The University of North Texas alumnus immersed himself into the whitewashed history of a cultural icon and came out with a trilogy of historical novels about Bass Reeves, the man who became a respected U.S. Marshal and the inspiration for a television hero. The first novel, Follow the Angels, Follow the Doves, came out a year ago. The second book, Hell on the Border, comes out April 1, under Bison Books, an imprint of the University of Nebraska Press.

“When I first heard about him, it was from listening to Morgan Freeman,” said Thompson, who teaches African American literature at Texas Christian University. “He was doing this interview, and they asked, ‘Who would be your dream role?’ And he said, ‘There is this man, and no one has ever written about him.’ He was talking about Bass Reeves. I saw that, and then I started researching him.”

Thompson grew up in Memphis, Tennessee. His father taught African American history as a college professor in the 1970s. Thompson, who is white, didn’t follow in his father’s footsteps so much as walk beside them, focusing on Black literature instead of history. When he followed Morgan Freeman’s interest in Bass Reeves, Thompson said he grew more and more fascinated by him. He eventually enrolled at UNT to get his doctorate in Black narratives.

“You know, I never thought years ago that my dream was to write historical fiction,” Thompson said. “But I felt that it was time for someone to tell this man’s story, and I thought fiction was the way to tell it. This is a historical novel, and it’s based on archival research. I tried to stay true to the historical record. Where there are competing stories — where the information on Bass Reeves conflicts with another account — I try to make an honest decision.”

Thompson based many of his scenes on what scholars know about Bass Reeves.

“Like Truman Capote’s In Cold Blood, with Bass Reeves, there are competing stories,” Thompson said. “I’m basing some of what I’ve done on thirdhand accounts, information that is very much, ‘This is what Bass Reeves told me.’ I also used newspaper stories and courtroom accounts. Through those facts, I try to imagine what could have been his state of mind.”

Follow the Angels tells the story of Reeves’ birth and upbringing on a cotton plantation. In the novel, Reeves is born to a small group of privileged slaves who work in the plantation mansion. He learns how to be a slave and pick cotton, watchful of his brothers and sisters in bondage and of his white masters. Under the plantation master’s tutelage, Reeves becomes a crack shot. His marksmanship eventually leads Reeves to be bonded into the cavalry as the body man of his master’s son.

“We know the battles he was in,” Thompson said. “I’m using the license here, and where there are battles that are going the wrong way, it’s hard to imagine him not using his slave or asking him to participate in a battle because he’s an expert marksman. I imagine that in Bass’ mind, he wants the other side to win the war but he has a job. That cavalry experience could have informed him later, in skirmishes with outlaws.”

The novel also follows Reeves as he flees his Confederate soldier master and begins a new life. In Hell on the Border, Thompson chronicles Reeves at the peak of his law career, defined by clever pursuits, well-used disguises and his keen sharpshooting chops.

The first of the three books earned a blurb on the back cover by author and historian Art T. Burton, who wrote a definitive biography about Reeves in Black Gun, Silver Star: The Life and Legend of Frontier Marshal Bass Reeves. Thompson said he considers Burton an authority on Reeves. He delved into the history of Reeves to better depict the man and the landscape that informed and constrained him. Thompson said the little-know history of the Lone Ranger has been bubbling up in pop culture, most recently in the television adaptation of the 1986 DC Comics series The Watchmen.

“It was a white man who tried to erase this story,” Thompson said. “S.W. Harman, he wrote Hell On the Border. It’s supposed to be a complete encyclopedia tome about everything that happened in the western district of Arkansas. For 100 years, that book was considered the bible of Fort Smith, and Harman left Bass Reeves out of the story. He made the editorial decision that he would include all white outlaws and law men. And of course he included all black outlaws, and only the black law men who died in service to their jobs. He left Bass Reeves out... When I learned that that was purposeful, I felt it was a duty to set the record straight. As a gesture of thumbing my nose at SW Harman, because of his unethical decision to erase Bass Reeves, I titled my second book Hell on the Border. Reeves earned his place in the history of American law men, and I wanted to do my best to tell that story as authentically as possible.”