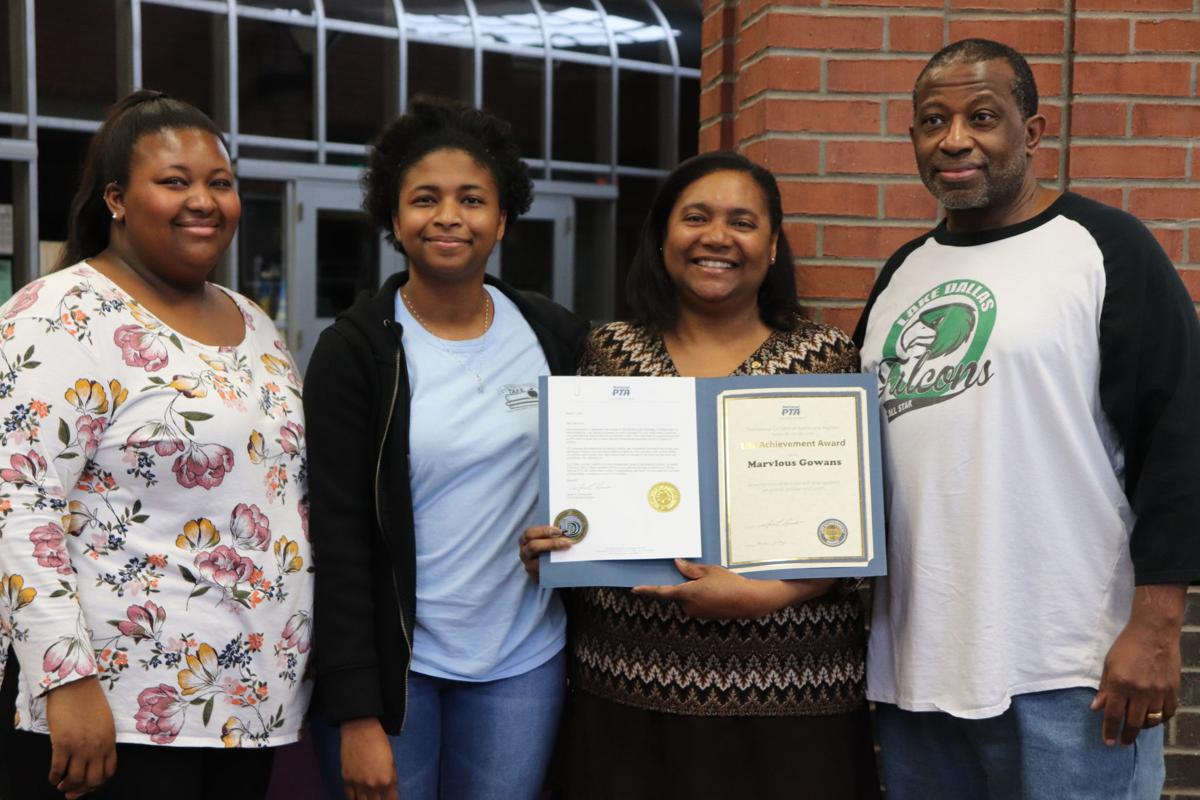 Marvlous Gowans, third from left, poses with her family — from left, daughters Glenicia and Elizabeth, Gowans and her husband Glenn Gowans — upon receiving the National PTA Life Achievement Award for her work with Lake Dallas ISD. 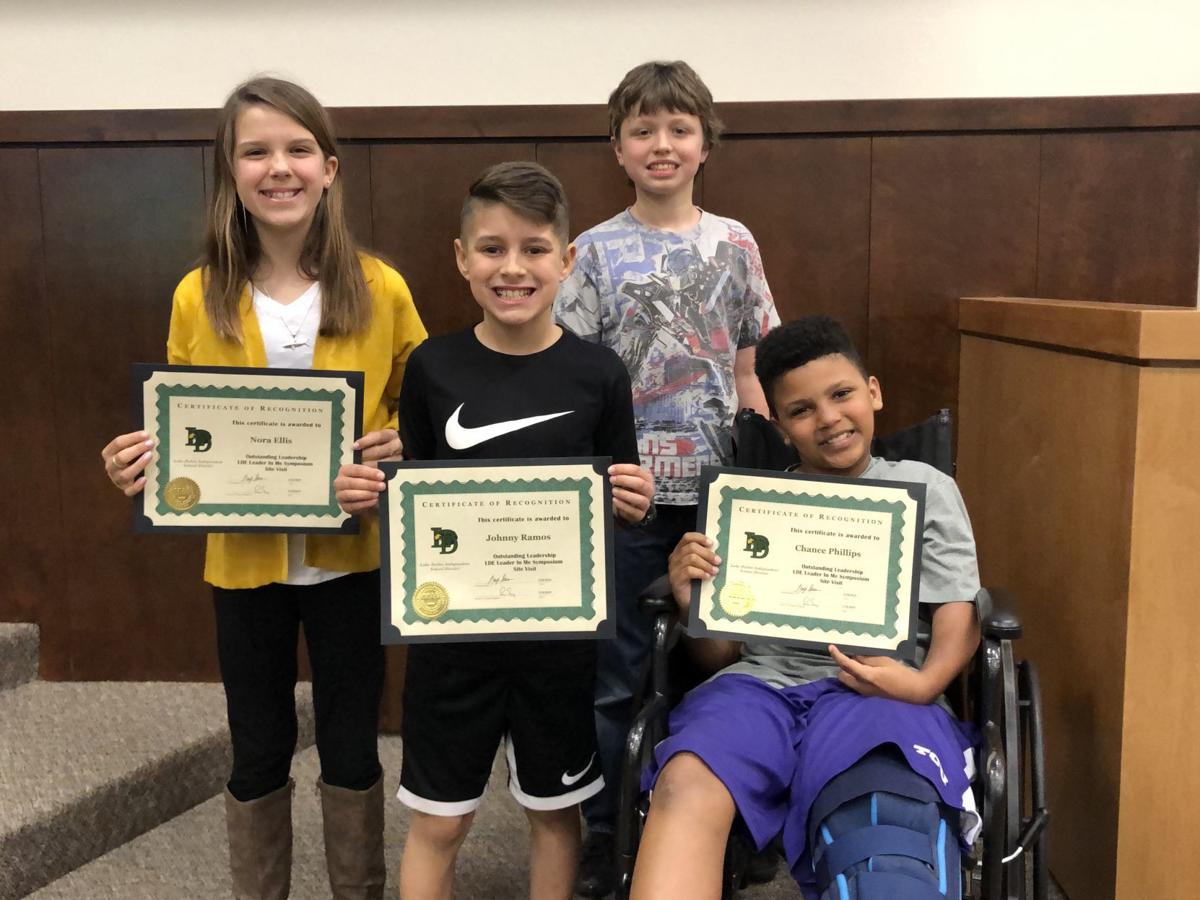 Two members of the Argyle High School debate team finished with medals at the University Interscholastic League state competition, which was hosted last weekend in Austin.

Morgan Stone and Savanna Lessley went 3-1, advancing to the final day when they went 1-1. They placed within the top eight teams, becoming the first team from Argyle to ever medal at a cross-examination debate at the state level.

Educators, police, legislators, local PTA members and more are eligible for nomination for the award.

Along with a certificate of recognition, Gowans will also receive a congratulatory letter from the national PTA president and a 10-karat gold lapel pin.

The award is a way for people to honor those who have greatly benefited education in the community, according to the national nonprofit’s website.

Alongside Superintendent Gayle Stinson, the Lake Dallas school board formally recognized four students for leadership skills demonstrated during the Leader in Me Symposium site visit.

Sanguinetti honored as teacher of the month

Michelle Sanguinetti, second-grade teacher at Shady Shores Elementary, was recognized as DATCU teacher of the month.

Bank representatives awarded Sanguinetti with a gift card and certificate at the Lake Cities Chamber of Commerce Awards luncheon on March 16.

Sanguinetti has been teaching for 29 years, 19 of which have been in Lake Dallas ISD including 12 years teaching second grade.