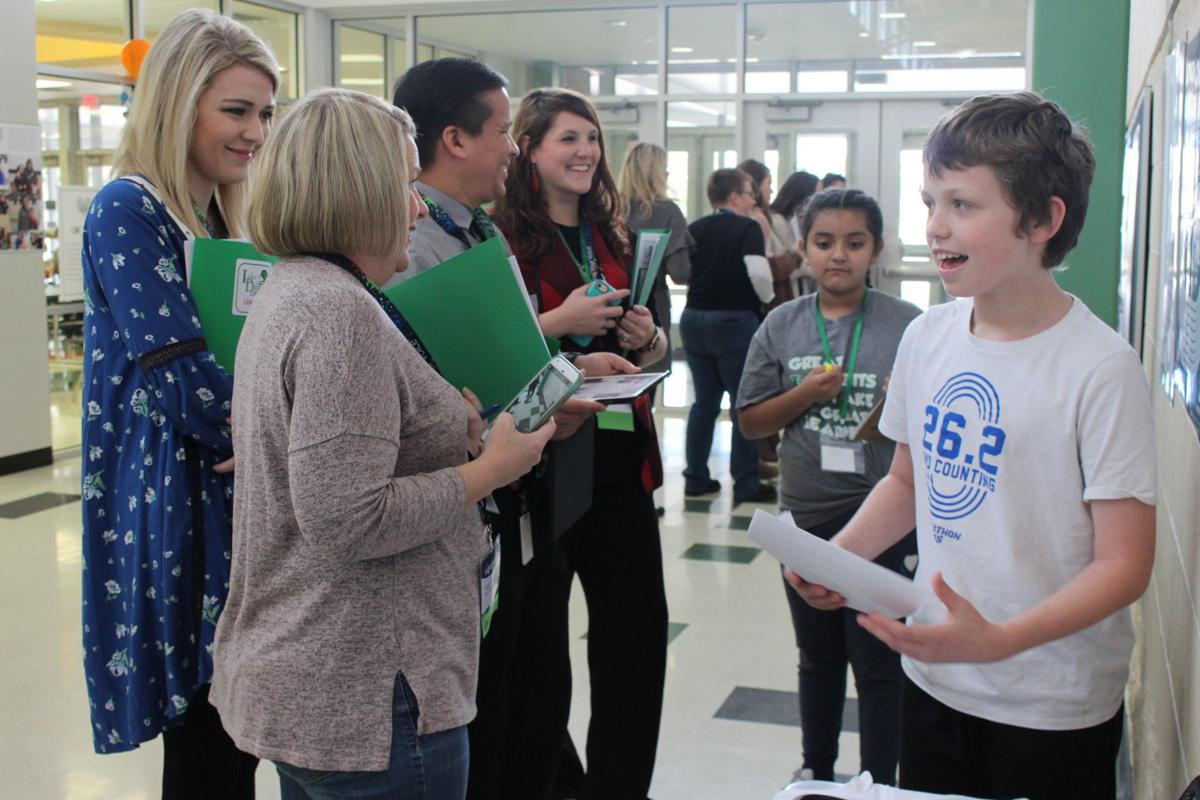 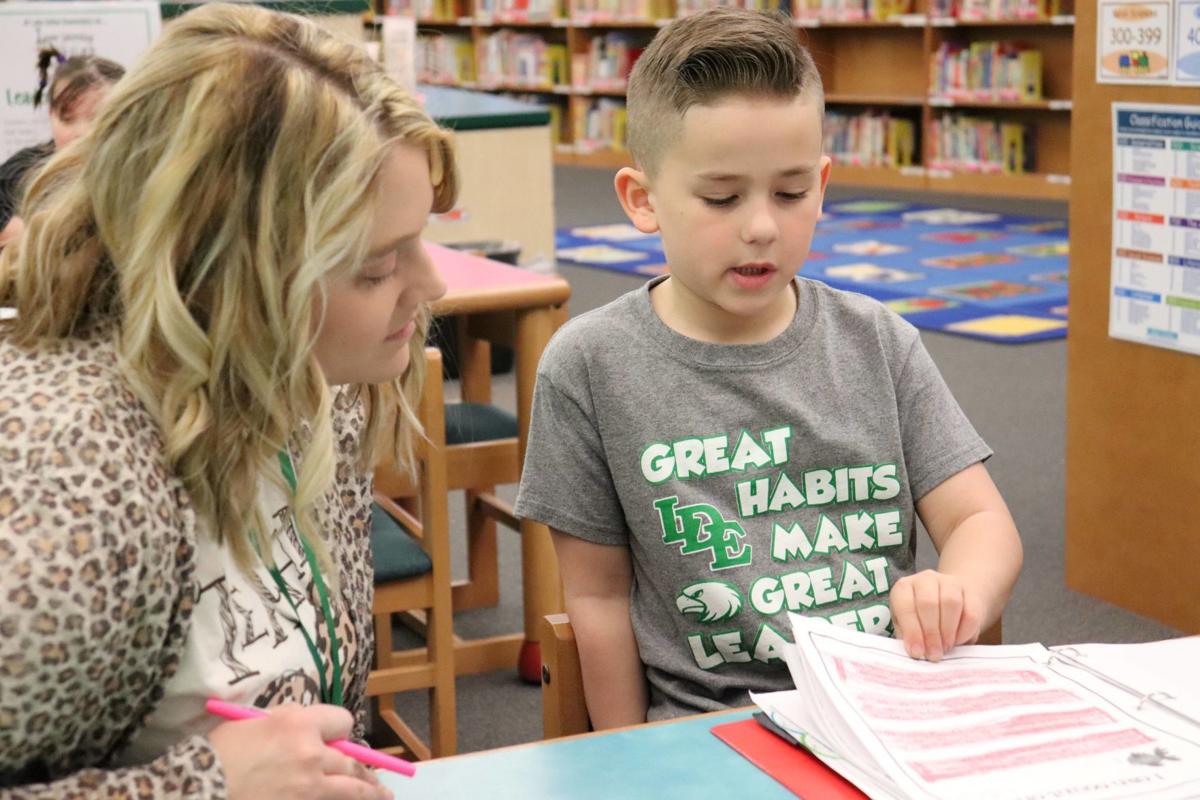 First-grader Anthony Romo shows his Leader in Me notebook during a symposium held at Lake Dallas Elementary School.

First-grader Anthony Romo shows his Leader in Me notebook during a symposium held at Lake Dallas Elementary School.

Teachers submitted their wish lists for any and all supplies they would need to finish out the year, and the ice cream shop’s two locations collected donations of supplies and cash.

Approximately 500 pencils, 300 spiral notebooks, 200 glue sticks, and box after box of paper, wipes, tissues, notepads and more were donated to the school on Feb. 7.

In addition to all of the needed supplies, Beth Marie’s further ingratiated itself by donating five gallons of ice cream.

Seven students will advance to the Health Occupations Students of America state conference in March.

Those who advanced will compete in the state conference March 28-30 in San Antonio.

The Lake Dallas Middle School Student Council was elected as president school for District 3 during the year’s winter retreat at Sky Ranch, near Van.

More than 50 educators attended the Leader in Me Symposium tour at Lake Dallas Elementary on Feb. 8.

The symposium, created by Stephen Covey, centered around his “7 Habits of Highly Effective People.”

Student leaders were assigned as tour guides for the educators, leading them from different stations around the campus. Stations included Marathon Kids, Communities in Schools of North Texas, Morning Mentors, Rather Project, Broadcast News Center and Leadership Notebooks.

New elementary to be named for Jackie Fuller

Fuller, who taught for 21 years in the district, is still often seen at Aubrey schools as a volunteer with the Aubrey Education Foundation.

The school will be built on 15 acres of land in the Silverado housing development off FM2931.

Unaware of the intended name, Fuller helped to pull back the cover hiding the new name from an audience during a groundbreaking event for the school.

Twenty-three of the 28 works submitted received the highest rating possible.

Sophomore Kassidy Rosengren is the first student from the Argyle High School choir program to earn a spot on the Texas All-State Small School Mixed Choir.

Rosengren will travel to San Antonio in February for the annual Texas Music Educators Association Convention to perform with the mixed choir.

She joined the choir during its inaugural year when she was in eighth grade.